Laughably silly, Stallone’s final foray into this wearisome action franchise, suitably (hopefully?) entitled Last Blood, represents the nadir and withering conclusion to a well-worn 80’s staple that should have perhaps remained buried in the past it so overtly attempts to latch onto. Much like its 2008 predecessor, this slickly produced, handsomely mounted sequel features a slew of bloody kills and dynamic, pulse-pounding music amidst some excruciating pseudo-pop-psychology afterbirth masquerading as character development, as everyone’s favourite PTSD-afflicted veteran takes on the scourge of rampaging Mexicans in what has to be the most tone-deaf example of racist stereotyping in a very long time; Rambo has never been the most subtle franchise when it comes to Bad Guy archetypes, but now it’s almost like they’re not even trying. 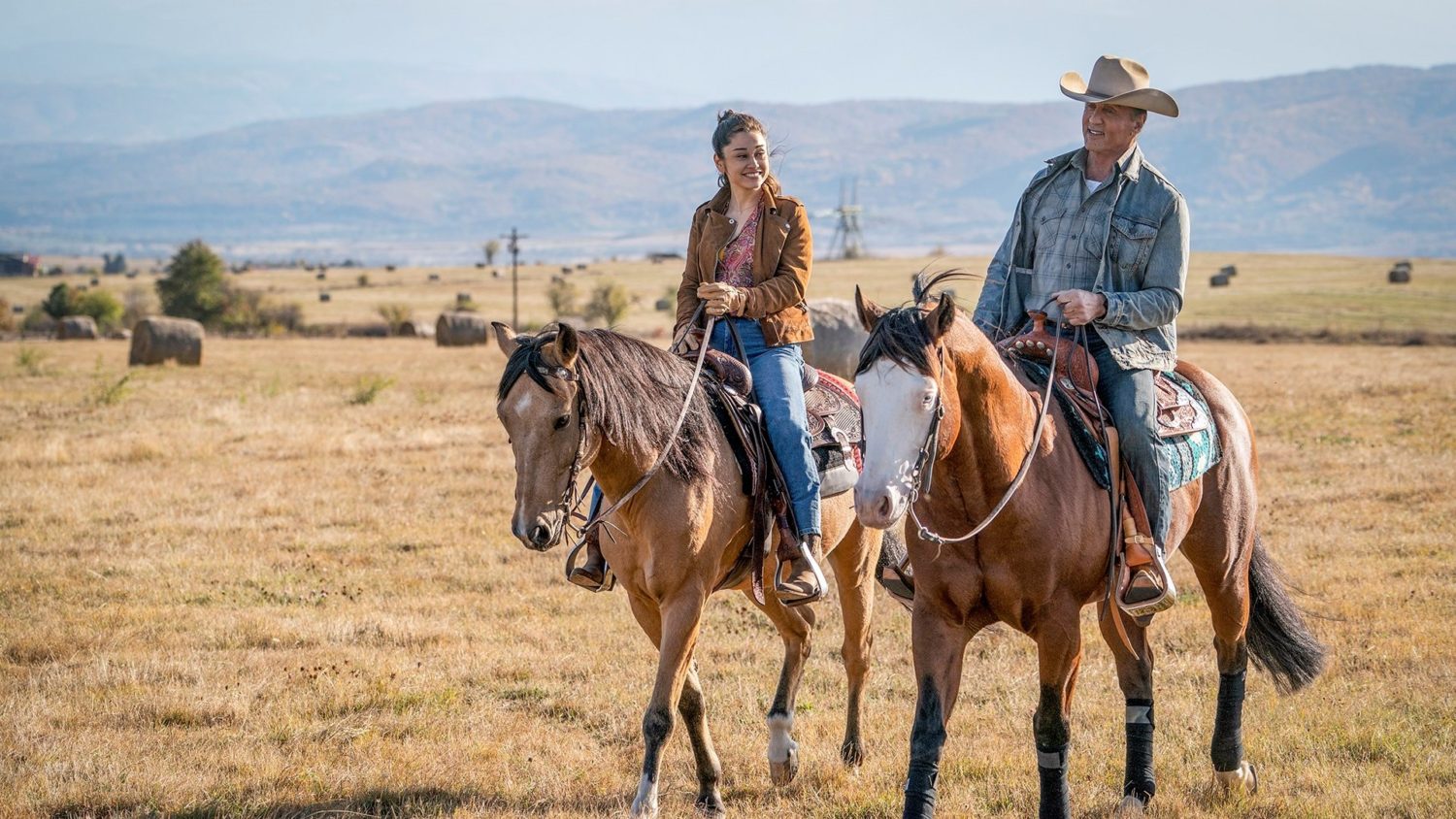 Rambo (Stallone, who by all visual appearances is rapidly approaching the age of a hundred and fifty, and looks like he’s a distant relative of Treebeard he’s so haggard) lives on his Arizona ranch with adopted daughter Gabrielle (Yvette Monreal) and housekeeper Maria Beltran (Adriana Barraza), training horses and digging an enormous network of tunnels around the property (why? Never explained, but it sure dang comes in handy later in the movie). Gabrielle seeks to understand why her long-absent father abandoned her and her mother, and travels south to Mexico against Uncle John’s wishes to seek him out. There, she’s promptly kidnapped by a gang run by the Martinez Brothers, the slick Hugo (Sergio Peris-Mencheta) and the crazy drug-addled Victor (Oscar Jaenada), and sold into prostitution. After an initial attempt to locate her, Rambo encounters independent journalist Carmen Delgado (Paz Vega), who seeks revenge on the brothers and their activities for the death of her sister years earlier. Naturally, a confrontation between the Martinez gang of henchmen and John Rambo ensues, and you should really know the rest by now.

If nothing else, Last Blood proves that trying to humanise a pure American cartoon character like John Rambo, and give him shades of grey between the hulking depression and casualised murder, was never, ever going to work. Stallone, himself a talented filmmaker when he sets his mind to it (Rocky Balboa), gets a co-screenwriting effort on Last Blood but it’s an odiously stupid affair, an obnoxiously offensive attempt to simplify Rambo’s wanton desire to kill multitudes against the backdrop of salacious Mexican anarchy, which this film goes a long way to depicting as accurate. The story tries desperately to tie John Rambo into the modern age, yet continues to attempt to reflect on his violent past through a lens of empathy, a man wrought by the ravages of cruelty and evil turned into a blunt instrument of vengeance and destruction. The dichotomy isn’t given enough room to breathe, leastways not with the cardboard characters thrown into the mix and Stallone’s inability to speak the English language clearly enough to make much sense – seriously, they took the time to subtitle the Spanish, the least they could do is the same for every line Stallone has to utter in the Mother Tongue – and the cartoonish, simplified story points feel rushed and ill-suited to a more liberal audience. 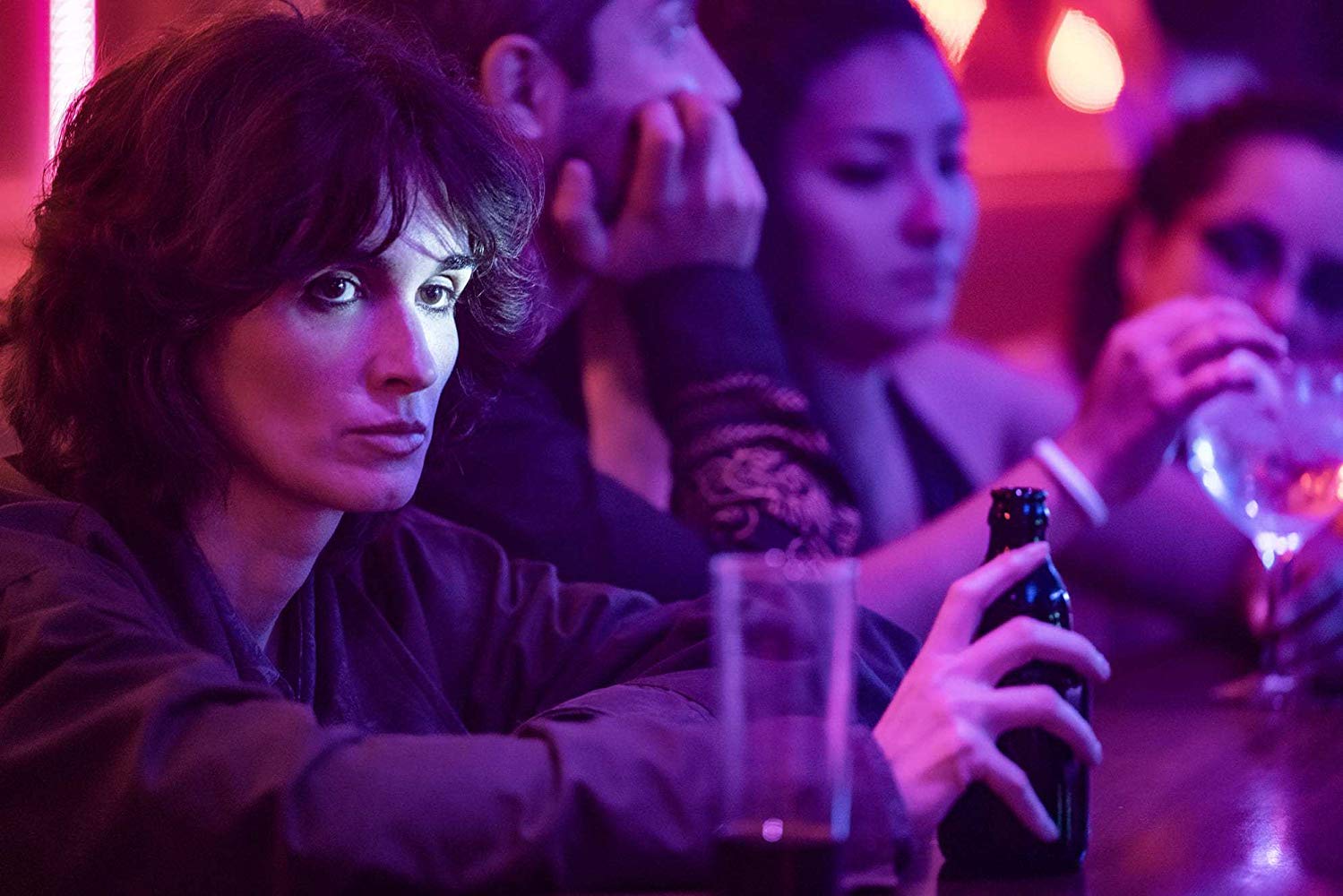 I guess it shouldn’t be surprising, how archly the film pretends to give a shit about things when it’s so stupidly hedonistic with realism. Rambo has long been a stereotype of the 1980’s, a time when excess was measured in Wall Street inches and action heroes became surrogate symbols of American imperialism. The gun-toting silhouette of John Rambo and his massive machine guns is forever blazed onto the psyche of every Generation X’er, and it’s a tough image to dissect in this more intellectual age today. Having to listen to Stallone massacre the English language trying to deliver lines about his losses and loves and how much hope the poor tragic figure of Gabrielle has given him is enough to bring a man to tears… of laughter, it’s so badly written. You kinda see where they’re trying to take the character, but neither the writing nor Stallone’s performance is transformative enough to take us there with conviction. 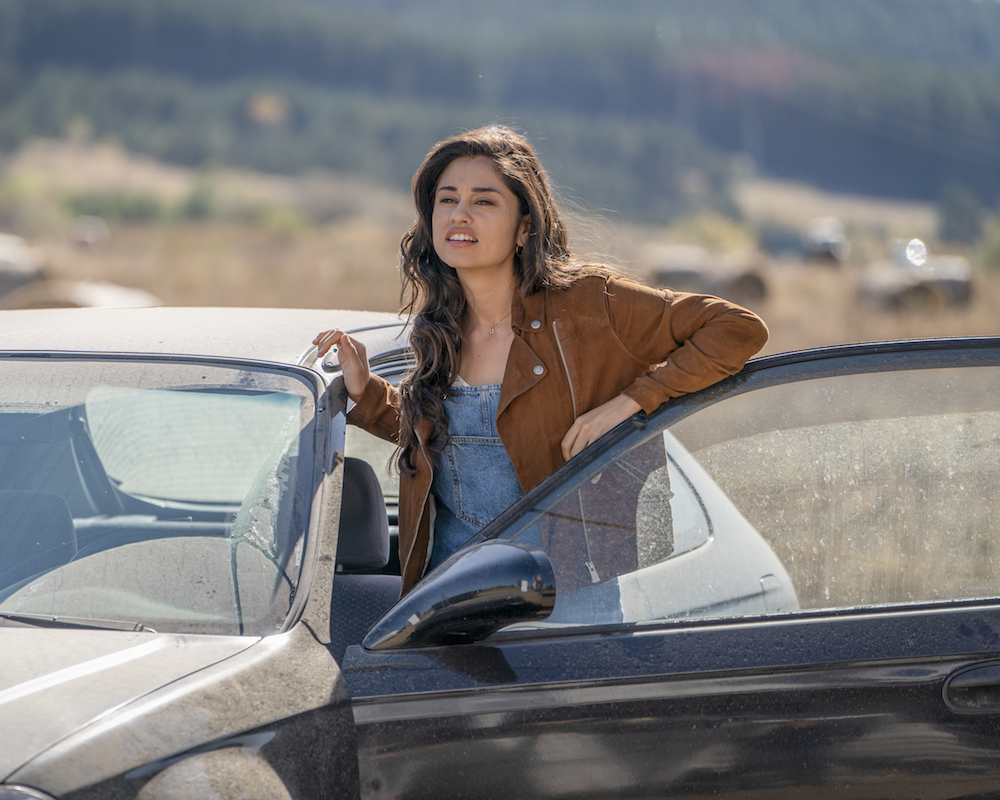 The supporting cast around Stallone try earnestly to do something with their respective characters to entertain: Sergio Peris-Mencheta and Oscar Jaenada play convincing Romulus and Remus brothers with appropriate levels of teeth-gnashing villainy but what’s the point of them? Honestly, they’re formulaic and predictably stupid characters, torn from Mexican stereotypes and brought to life with director Adrian Grunberg’s dingy, urine-stained lighting design. Paz Vega inexplicably signed on for a role that does absolutely nothing for her American career, playing a journalist (who does no journalisting whatsoever in this film) with no discernible arc other than the help Stallone’s Rambo – and that help is never actually seen on the screen. Yvette Monreal has the egregious task of playing Rambo’s adopted daughter, Gabrielle, who inexplicably can’t give up the urge to go visit estranged daddy down in deepest Me’hico despite every single person around her suggesting that’s a bad idea, because – and it’s even spelled out by Stallone in one laughably terrible scene – he’s A B-A-D Man. Monreal spends a large portion of the film playing a terrified, dirty, drugged up young woman in deep distress, the requisite bait for Rambo to personify the American Vigilante when the time is appropriate, and sure enough, it fast becomes appropriate. 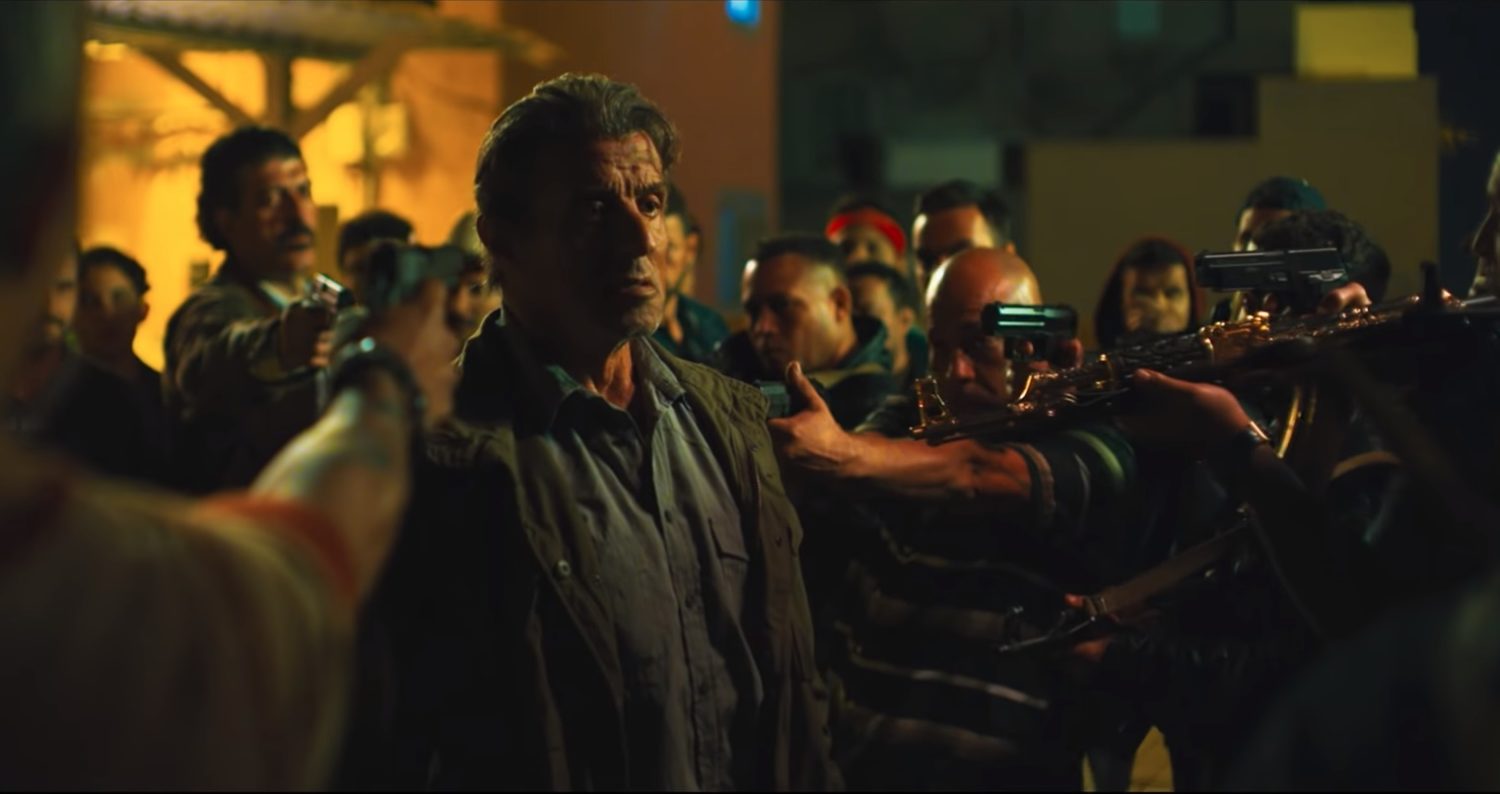 Violence isn’t a stranger to John Rambo, and by the time we trip into film’s thunderous barnstorming climax the barrage of faceless henchmen who meet their doom in all manner of gruesome ways at the hands of Rambo’s wartime booby trap experience becomes something of a joke. The 2008 film was particularly noted – nay, celebrated – for its graphic violent action sequences, and Last Blood gamely attempts to one-up that effort by sticking all its goons in a labyrinth of dark tunnels and having them all be blown, sliced, blasted and eviscerated to smithereens in an orgy of rampant showmanship. It’s hard to be unimpressed with just how seriously the film takes this kind of thing, with heads and limbs flying past the camera as Rambo gleefully satiates his bloodlust and we endure forty minutes of unrelenting cinematic agony. Much like the 2008 film, Last Blood’s climactic showdown is a non-stop slaughterhouse of death, although at least in the earlier film it contained some semblance of logic and structure. Here it’s all just whirling camerawork, idiotic henchmen (seriously, despite being constantly mowed down with every step, the henchmen continue to blindly go around corners and fail to spot even the largest booby-traps imaginable… they actually deserve to die for sheer incompetence, really…) and Brian Tyler’s insistently throbbing score. And for the coup de grace? Rambo removes the beating heart of one of his opponents in what has to be the most hilariously inane death gag seen since the halcyon days of the 1980’s. 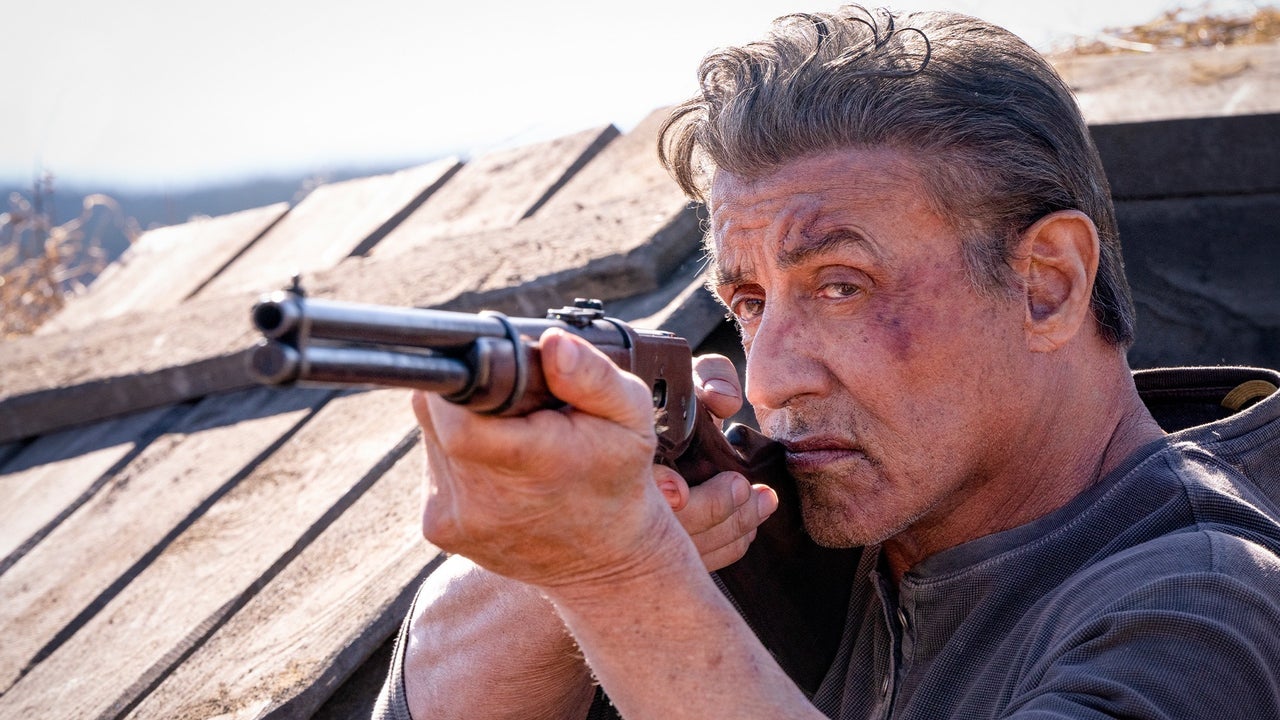 Rambo: Last Blood is gory, outrageous and stupid. It’s blindly racist, offers zero character development for anybody (not even the central character), and offends the senses without a shred of humanity behind a callous and superficial screenplay, almost all of which has the tone of somebody angry with the entire world, not just Mexicans. Subtextually maybe it’s saying we should just burn it all to the ground and ride off on our horses into the sunset. Frankly, I don’t even think the film is smart enough to accidentally offer that as some kind of message. The meaning of it all is lost thanks to soulless brevity, a taxing central performance (I kept waiting for Stallone to keel over from heart failure, of which he looks continually on the verge of having) and highly stereotypical villains and supporting characters. Here’s hoping we’ve seen the last of John Rambo.