Before I start on reviewing the actual film, can I preface these remarks with saying that this film has been rated R here in Australia for a very good reason. The gory, graphic violence on display is truly deserving of such a high rating. Please be aware that Rambo is perhaps one of the most realistically violent films I have ever seen.

That said, it’s also one of the most disturbing action films of recent times. Clocking in at a staggeringly short 1 hour 15 minutes, Rambo is a lesson in taut, tense and simplistic film-making. That’s not to say Rambo is simple, but it certainly doesn’t outstay it’s welcome. 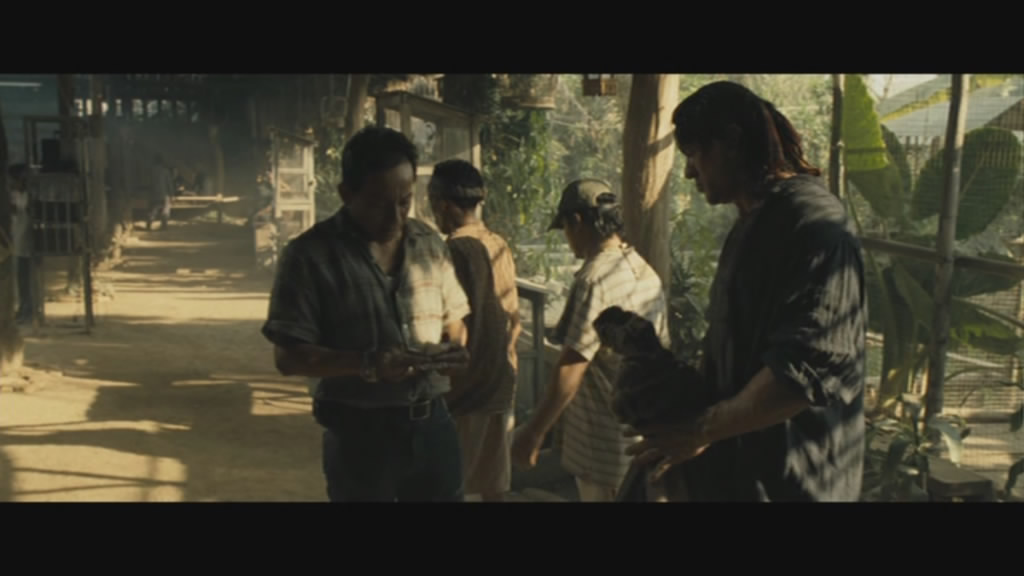 The film begins with a montage of video footage depicting the brutality in Burma (otherwise known as Myanmar), the very same country recently nearly obliterated by tropical cyclone Nargis. Real footage of violence and death is shocking in it’s a scathing rebuke of the military rulers of that nation, who murder and kill the citizenry with unashamed abandon and seemingly callous disregard for life. After this short set up of the atrocities in Burma, we cut to the film itself, where a group of dissidents are led to a rice paddy and butchered in the most horrendous way possible. 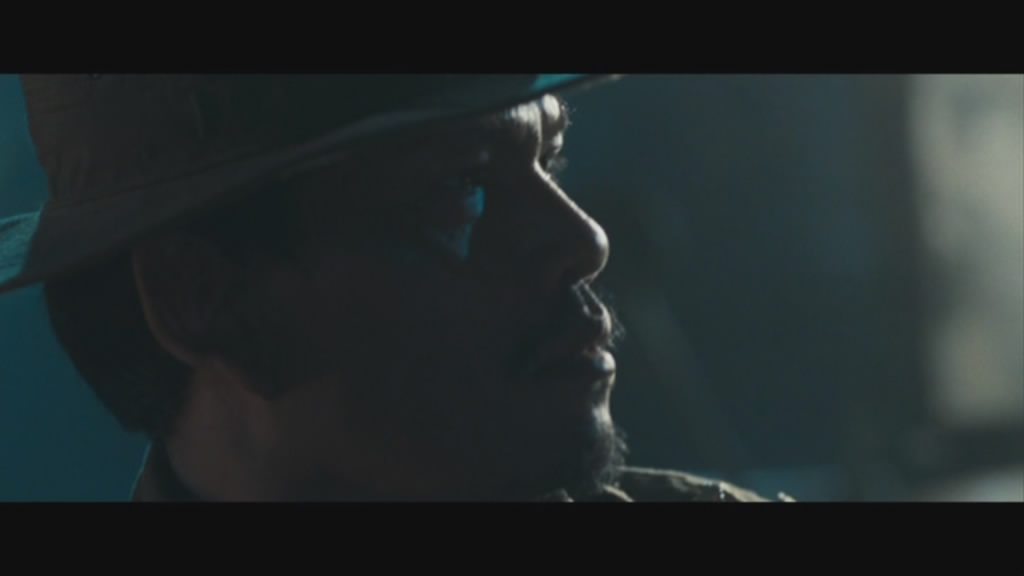 Cut to the opening title, and then to John Rambo catching deadly snakes in the Vietnamese jungle to use in animal fighting compeitions. He’s sullen, a silent hulk brooding his way through life and memories. When he’s asked to ferry a group of Christian missionaries upriver from Vietnam into Burma, on the quiet, he initially disagrees, but is swayed by the pleading of the only woman in the group, Sarha, played by Julie Benz. After several mentions that the group should return home, and that they have no hope of bringing change to the war torn country, Rambo relents and takes them up the river, where they run across a group of pirates, who threaten to kill them should they not hand Sarah over in return for passage. 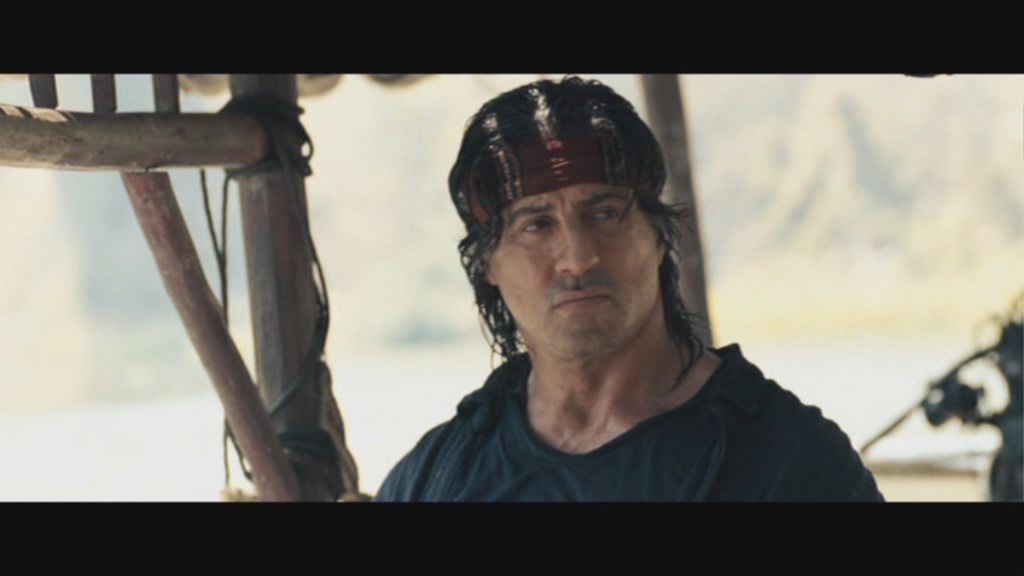 Rambo leaps into action, killing all the pirates and raising the question of killing to save lives, something the missionaries chastise him for.

With the missionaries safely deposited in Burmese territory, Rambo heads home, but a day or so later, the village the missionaries are in is attacked quite brutally by the military, and almost everybody is killed. Sarah and a couple of her colleagues are captured and taken to a prison camp, where they are tortured. 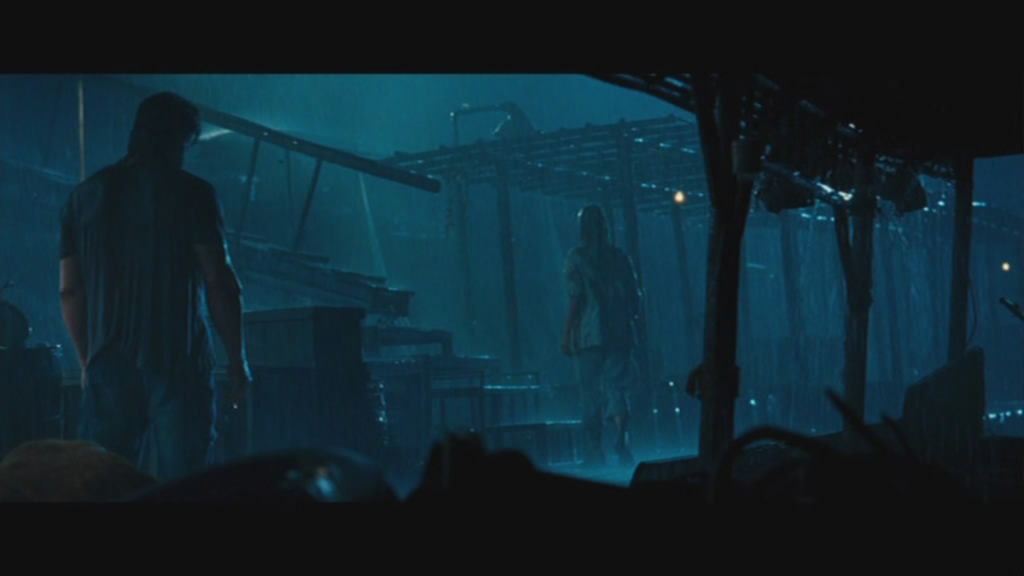 And then the great man must swing into action, his vengeance sated by years of melancholy, this time relying on a sense of duty and regret that he’s somewhat responsible for their plight. And action ensues, the most graphic and relentlessly violent assault on the eyes you’ll see on screen in a long while. The military assault on a defenceless village is particularly graphic, shocking and jarring: this would be in keeping with the opening montage of video footage. But the most amazing moments in the film are at the very end, the final ten minutes of carnage that is perhaps the most bloody assault on human life ever comitted to the screen. It almost makes the opening 20 minutes of Saving Private Ryan look like an episode of the Tellietubbies. Bodies explode, heads get taken off, limbs are shredded, nobody is spared the carnage; even the women and children. The finale see’s Rambo in full flight, just like Hollywood remembers him: screaming rage and aggression and seemingly bulletproof, mowing down his enemies without remorse. 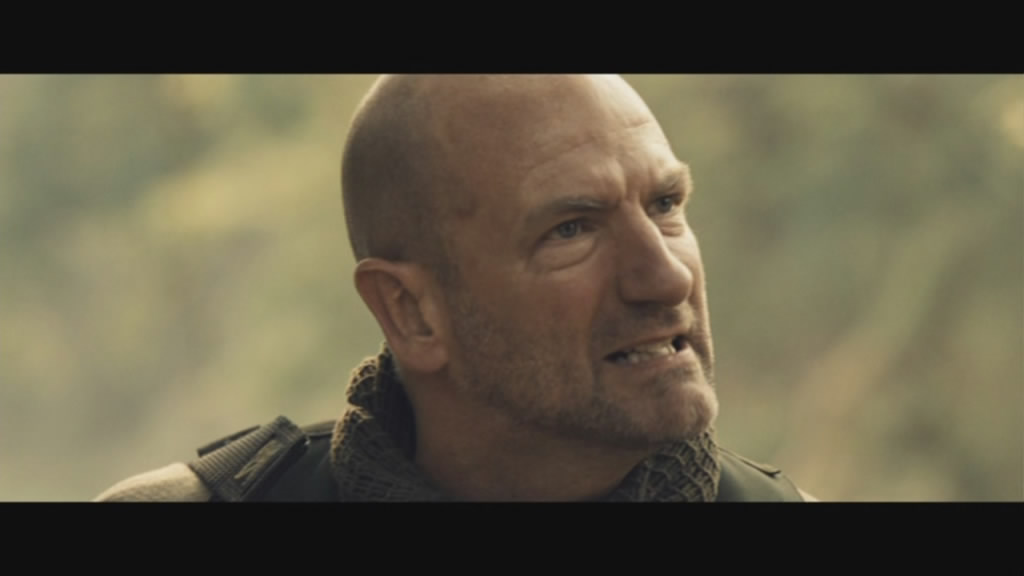 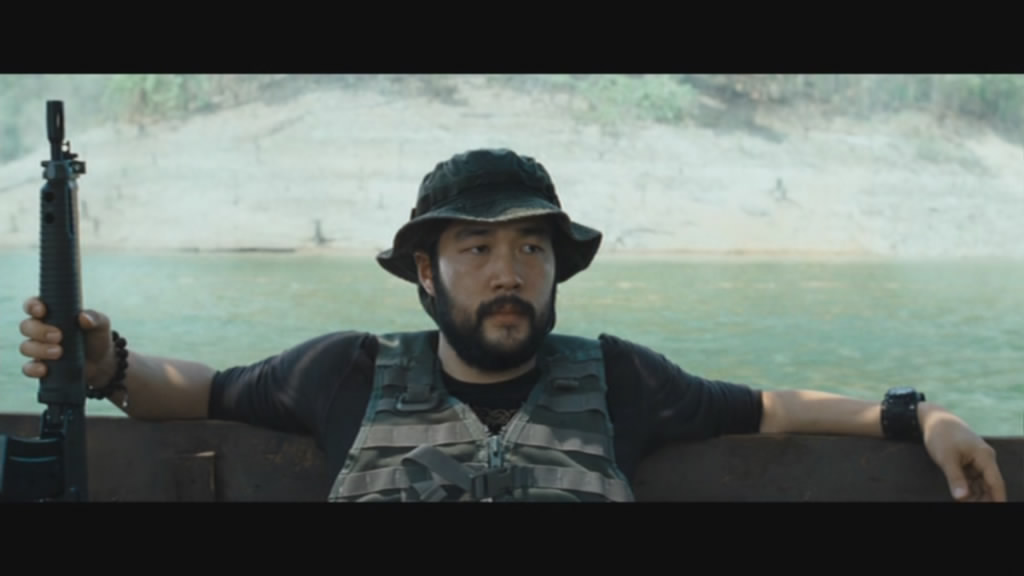 This time out, though, Stallone has attempted to humanize Rambo even further than previous installments, although with little effect. The counterpoint to this “emotion” is the largesse of violence: the blood and gore brings the human element undone. This is perhaps the greatest fault of the film: is the degree of graphic violence required to tell this story, or is it simply an exercise in shocking viewers? The effect of the opening real-life footage montage is negated somewhat by the stylized nature of Stallone’s film; is this supposed to be an indictment on the Burmese rulers, or is the topic of Rambo’s self flagellation the through-story of the movie? It’s hard to know, really, as the opening footage, while certainly confronting, isn’t really touched upon by the film anyway. It’s almost like an afterthought. 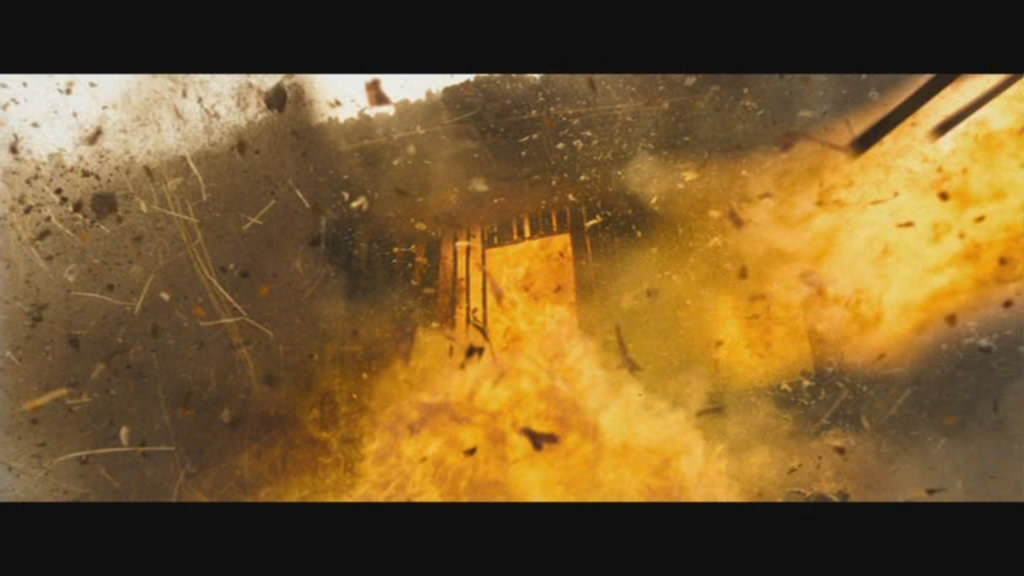 Stallone has managed to develop a decent skill behind the camera. It takes a special talent to both direct and star in a film. I’ve tried it, and it’s difficult. I think Stallone has matured as a filmmaker, and his sense of scale and direction is superb. Unfortunately, his scripting leaves a lot to be desired, and his acting ability has in no way improved with time. Stallone’s brooding, sullen style in this film borders on catatonic, and his few lines in the film are growling mumbles that are barely discernible. Still, it’s good to see Rambo back doing what he does best: killing every single living thing in sight. 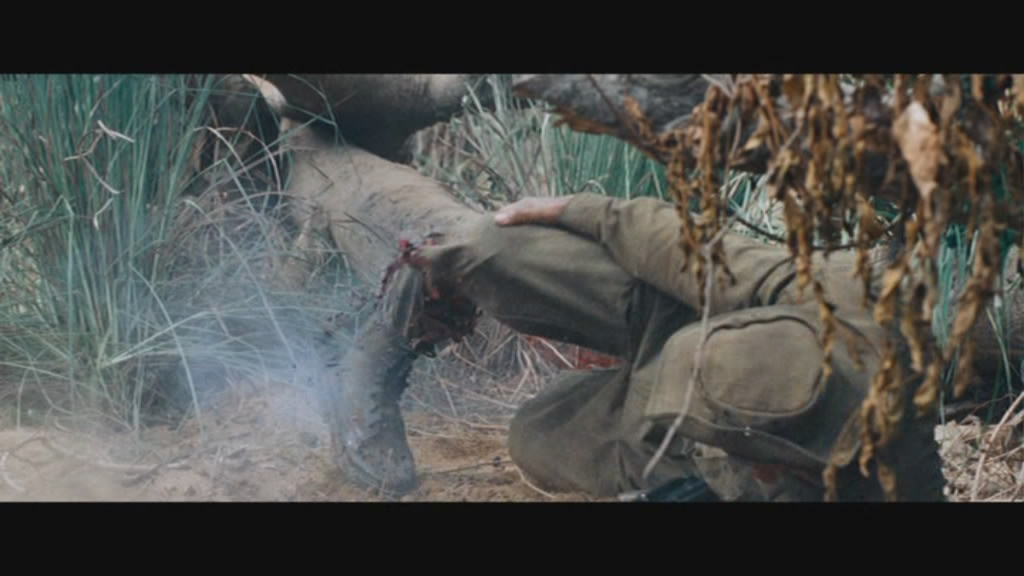 The characters are all cardboard cutout units with little to no development. The mercenary force sent it to rescue the captured missionaries are almost identical to the bunch sent in in the first Predator movie, albeit without the style. Rambo himself has to rely on flashbacks from past films to get himself into the mood to kill: okay, so it’s not high drama, and it is a film with plenty of killing, but unlike previous installments, this film has gone into the realm of realism, stripping away the veneer of Hollywood-isms that had enveloped the original films. The rest of the actors are merely hollow cyphers for Stallone’s blood-lust, his story hangs on people being stupidly naive rather than anything else; had these people had more sense, I suppose the film would have ended after fifteen minutes. Still, for such a short, compact action film, there’s little here to emotionally develop. 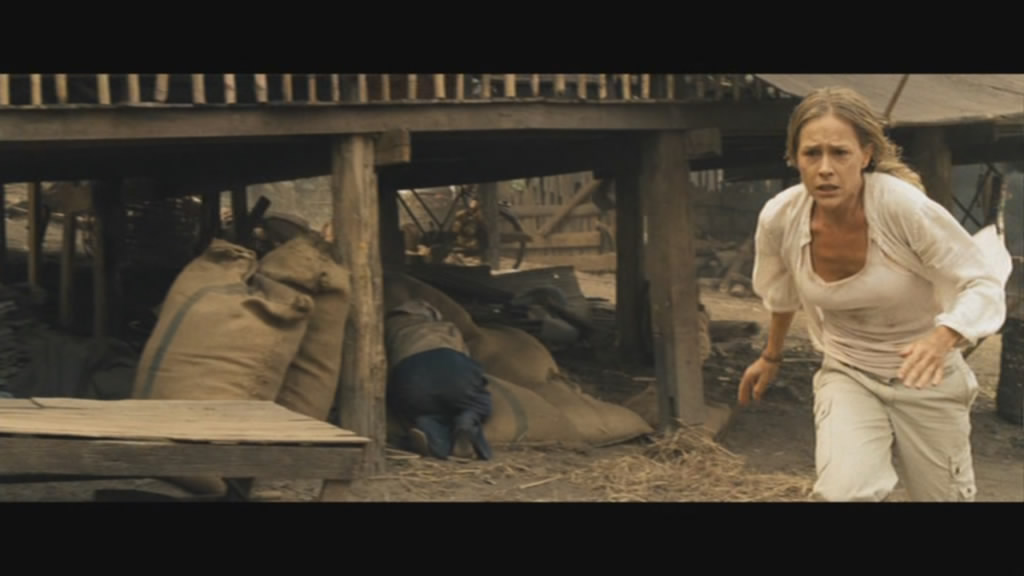 The action is intense: a frightening chase through the jungle, in particular, is very well done. Unfortunately, a fair portion of the film takes place at night, and with Stallone and the mercenaries scrambling around in the darkness, occasioanlly it’s hard to make out what’s happening clearly. Otherwise, the rapidfire cinematography is superb, the editing is magnificent and the music score wonderfully appropriate. 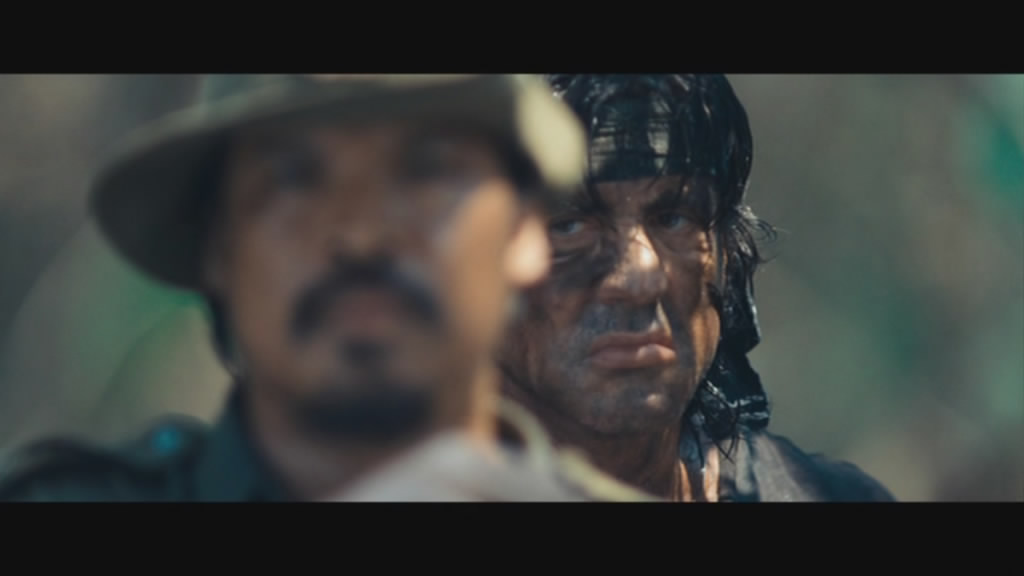 Stallone’s use of widescreen is wonderful, his deep focus use is beautiful to watch: his command of cinema style is top class. By no means should this ever be watched with younger kids, or anybody uncertain of their ability to handle gore. The film is relentlessly brutal, almost sickeningly so, and while it’s hard to merit the quantity of body shredding action with any truth or sense of reality in terms of the story, it’s certainly a bravura piece of film-making that will be hard to top. 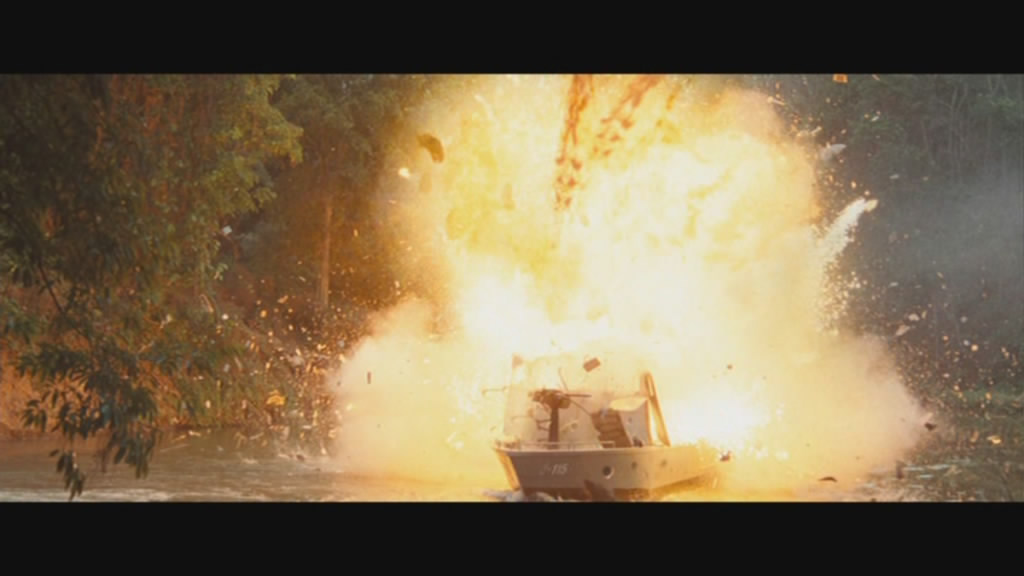 If you had to rate this as simply an action film, it’s excellent. A slow buildup, finishing with a devastating explosion of destruction, makes this an easy lock for best action flick this year. But as far as any redeeming humanity, any sort of emotive content or moral exploration, Rambo is as far from that as any film could ever be.