I promise you: Manchester By The Sea will tear your heart out, stomp on it, and make you cry. It’s also a bloody great film. Depressing as all hell, but great. Casey Affleck provides a sterling leading performance as the quiet, angry Lee Chandler, a man living a life of relative solitude following one of the most tragic events a father can possibly endure. Directed by Kenneth Lonergan, an Academy Award-nominated screenwriter (Gangs Of New York), Manchester’s solemnity and occasionally hilarious black humour service a story of frustration, forgiveness and death; acutely tense and absurdly nonchalant, Manchester’s core is always emotionally true. 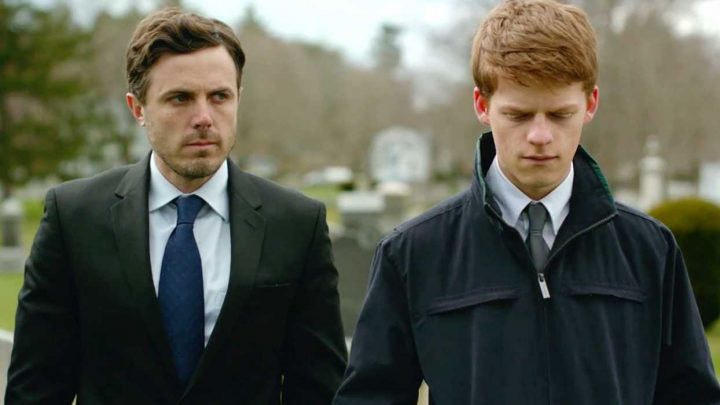 Affleck’s Lee Chandler lives as a janitor in a quiet seaside town in northern USA, where anger issues tend to give people a bad impression of him. Upon hearing the news that his brother Joe (Kyle Chandler – King Kong, Argo, The Wolf Of Wall Street), who has a congestive heart condition, has passed away suddenly, Lee travels to the town of Manchester, in Massachusetts, to take care of his brothers’ business, only to learn that he is to be guardian his nephew Patrick (Lucas Hedges). Lee’s internalised anger stems from an event in his past, in which both he and his estranged wife Randi (Michelle Williams) lost both their young children in tragic circumstances, driving them apart and fracturing the family. Emotionally distant, Lee struggles to connect with those around him, and struggles to accept his new responsibility.

I have to admit, for a film essaying such a dark narrative, I laughed my ass off a whole lot watching this one. Lonergan, who write the screenplay, delves into a fractured family dealing with death with an acuity befitting its rigour, finding both dark and light in equal amounts. Lee Chandler is a soul fractured by grief, with Affleck’s stand-up performance anchored by Lonergan’s deft direction, massaging warmth and depth to a story of a man struggling to forgive himself for past sins. Affleck, as Chandler delivers a performance for the ages, restrained in breadth but giving off vibrant, almost incandescent strength behind his clench-jawed portrayal. So much so, it reminded me greatly of Heath Ledger’s turn in Brokeback Mountain, such is his internally focused style.

Affleck is supported on all fronts by an amazing cast, especially Lucas Hedges as his young nephew. Their chemistry together, and the dialgue they’re given, sparkles, as they bicker and argue their way through Joe’s untimely passing. Kyle Chandler’s brief extended cameo role as Joe is nondescript, but Michelle Williams, who bobs in and out as Lee’s ex-wife, is astonishing to say the least; it’s a searing depiction of loss, hers, and she delivers above and beyond for the limited time she’s on the screen. Spot-roles to Gretchen Mol, as Patrick’s mother, a full-blown creepy Matthew Broderick as her controlling husband, as well as CJ Williams, as one of Joe’s friends, provide a solid roster of talent across all facets of this very moving film. 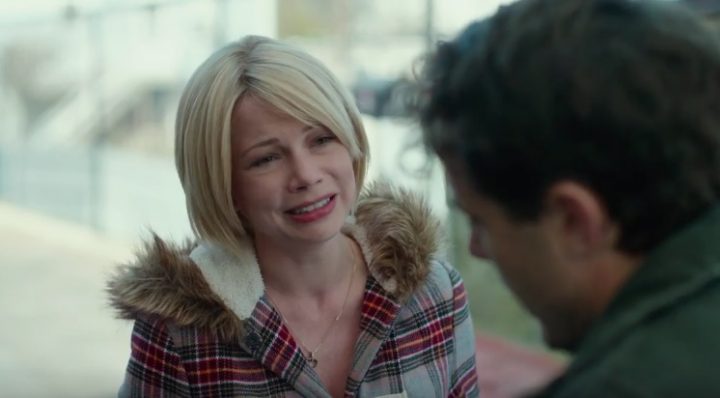 Manchester is a film for actors, similarly to Fences in many ways, in that the story and setting are merely dressing for the characters – probably the truest thing I’ve ever said about any film – and the characters feel lived in, fully fleshed out to the point you can literally feel their grief, feel their hostility and animosity. It’s the kind of film that’s beautiful to watch in the same way you can’t look away from a car accident; there’s a gradual horrific sense of implacable, resolute tragedy to it all, that broken people can’t be put back together and the past will always come back to haunt you.

Whether you subscribe to this belief or not, Manchester By The Sea’s melancholic tone, inward-searching lament and overall sense of destitute emotional resolve will grab you, haunt you, maybe even make you despair. Great cinema doesn’t have to have a happy ending. Great cinema just has to move you somehow; this film will do that. Frankly, I doubt I’ll ever watch it again – it has a very low rewatchability factor inbuilt – but it’s a hell of an amazing film performed by some sterling actors, and directed with restraint and compassion by a masterful filmmaker.