As a proponent of action film-making, The Villainess puts every single American cookie-cutter genre entry to shame. Bonkers, batshit crazy, ultra-violent cinema doesn’t come much finer than this, a high-octane cliche of every possible Bond/Bourne/Tom Clancy archetype possible; The Villainess makes Tarantino’s Kill Bill look positively pedestrian by comparison. Incredibly stylish, edited with a precision you’ll rarely see, alongside camerawork that would make Alfonso Cuarón weep, and boasting a legitimately heartbreaking performance by Kim Ok-bin as a vengeful assassin hell bent on finding those who stand in her way to freedom, The Villainess features a startling opening six minutes of absolute carnage and rarely lets up from there. 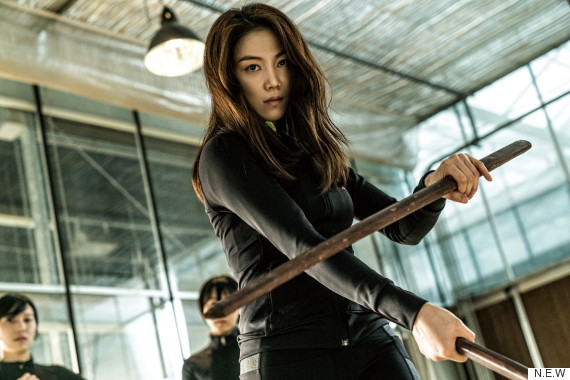 A young woman, Sook-hee (Kim Ok-bin), is being trained at a secret facility to be an assassin for Korean Intelligence. Her training is overseen by a ruthless agent named Kwon-sook (Kim Seo-hyung), and dedicated trainer Lee Joong-sang (Shin Ha-kyun) with the promise of her freedom into the world should she complete a mission. Sook-hee’s past, told through flashbacks, sees her father (a cameo by Park Chiu-min) butchered by assassins, leaving the young girl to be tortured and brutalised into submission, leading to her becoming ripe for training in the skills of espionage and assassination. Living in the city under a pseudonym, Sook-hee is befriended by neighbour Jung-hyun-soo (Sung Joon), who has been placed there by Kwon-sook under the guise of emotional support and eventual husbandry. When Joong-sang stages his own death to Sook-hee, and she discovers how the agency is using her, she goes on a murderous rampage in the name of revenge. 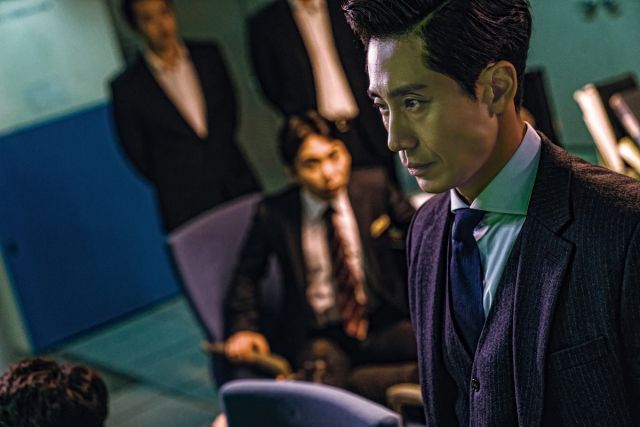 I should make one thing explicitly clear: I loved The Villainess. As a film experience it’s something unlike any I’ve witnessed, with the possible exception of The Raid, and although it’s a film hobbled by an intrinsic B-movie sensibility, there’s so much style and energy here, the generic plotting is overcome by sheer enthusiasm. The Villainess‘ framework and genre style blends a lot of familiar Hollywood films: the aforementioned Kill Bill, a touch of The Long Kiss Goodnight, any number of the Jason Bournes, a slew of John Woo’s early Chinese output, and a host of others all coalesce into this femme fatale-centric actioner that delivers both emotionally and cinematically. 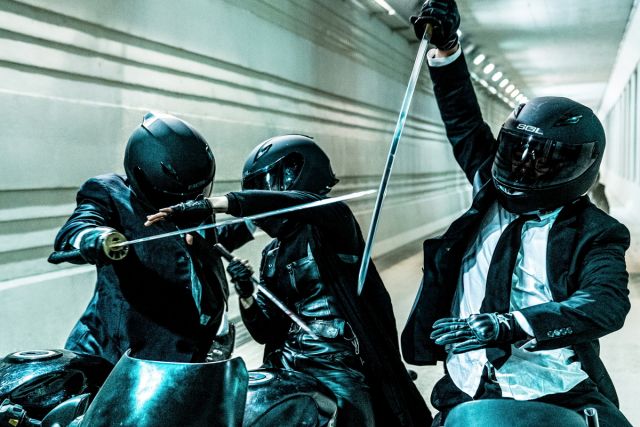 Director Jung Byung-gil (Action Boys) delivers a thunderous action/revenge film that maximises the body count and the gratuitous arterial blood and generates a complex character arc for lead actress Kim Ok-bin, who plays the tragic Sook-hee. Sook-hee’s story of redemption and loss, mixed with betrayal and revenge, is one hell of a bad ass role to play, and Ok-bin’s performance is both tough and soulfully layered. The screenplay (co-written by the director and Jung Byeong-sik) tries to electrify the overly ripe plot of Korean assassins going about their job, filled with double-crosses and red-herrings to throw the audience off the scent, and thanks to the fragmented timeline the film enjoys (some scenes are flashbacks, some are flash-forwards, and many of the film’s “reveals” are delivered with crushing proximity to inevitable death) there’s a sense of rollercoaster editorial work here. 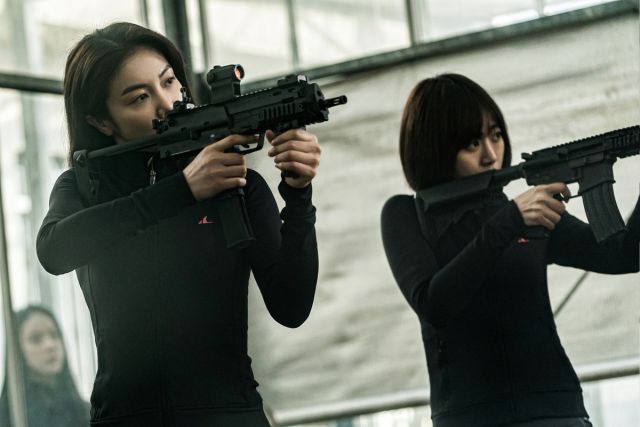 In keeping with this heightened sense of story, Byung-gil absolutely goes for broke with the action. The film is incredibly violent, flooded with as much blood and gore as the action with withstand, and the frantic kill sequences – the film opens with a tour de force first-person carnage sequence that makes Hardcore Henry feel thoroughly inadequate – are uniquely staged as “long takes” in the style of Cuarón, eschewing any real cutting to give that visceral sense of realism audiences crave. Of course, it’s all cleverly done smoke-and-mirrors, but the effect is powerful and the sequences absolutely brutal. There’s blistering knife fights, gunplay and hand-to-hand combat on offer here, often defying physics but at all times showcasing a hypnotic series of “how the hell did they get that shot?” camera angles that are jaw-dropping in the extreme. It’s an understatement to say The Villainess is absolutely bananas with its action, and if nothing else needs to be seen for its pre-title sequence alone. 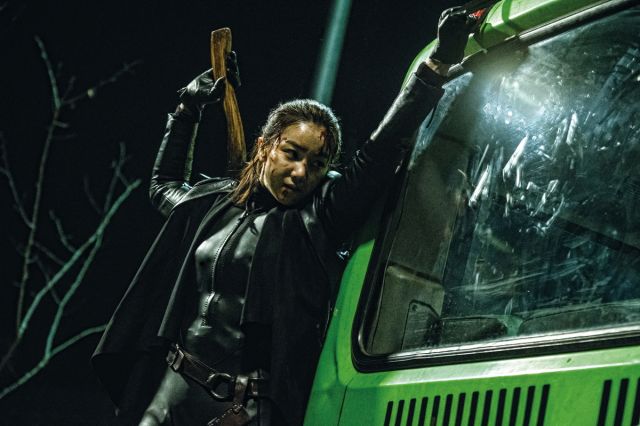 Once the drama of the movie kicks in, however, The Villainess becomes a bit of a slog here and there. Overwrought or adequate; there’s two kinds of thinking for trying to shoehorn deep and meaningful characters into such a bloodfest, and although the film does go for broke in kitchen-sinking the genre’s tropes, a large portion of the film’s middle section feels stretched beyond its own tolerance. The cast do admirable work, particularly Ok-bin, who displays an inordinate attachment to a character that makes Geena Davis’ Charly Baltimore seem doe-eyed and ineffectual, and Kim Seo-hyung’s work as the agency’s director (and Sook-hee’s agitator) is among the stronger aspects of the movie. Sung Joon’s performance as Sook-hee’s intended romantic partner is confusing but worthwhile, while the gamut of supporting actors all put in solid work. A special shout-out as well to the stunt guys and girls of The Villainess, who absolutely had their work cut out delivering some blistering visual gags that have to be seen to be believed. A motorcycle chase through a tunnel, a close-quarters bus-bound combat sequence, not to mention a thoroughly entertaining breakout reel early in the film showcase the best kind of action there is: brutal and uncompromising. 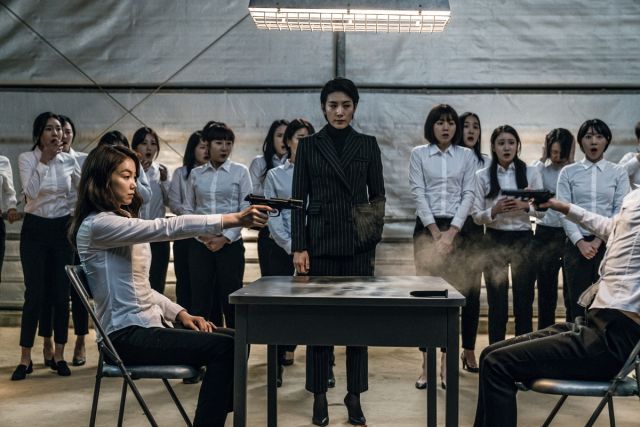 I was thinking watching The Villainess that I had a similar feeling watching Mad Max Fury Road, that of a filmmaker totally aware of his abilities and giving the story and world of the story the entirety of his creative juices. The film wants little for style, utilising some mind-bending camerawork to frame its larger narrative, and in terms of editing there’s an Oscar buried in here somewhere, surely. Making action sequences pop is hard enough, but crafting thrills and such energy out of such chaos is a testament to the artisan, Seo Hun-mi, in the editing bay. Sure, there’s echoes of Western cinema here you could pull out, and I legitimately think Byung-gil is infatuated with Tarantino’s Kill Bill (a scene involving the death of Sook-hee’s father is a direct shot-for-shot copy of Oren Ishi’s similarly framed story from that movie) to his own detriment, but The Villainess takes such liberties makes them its own thing. 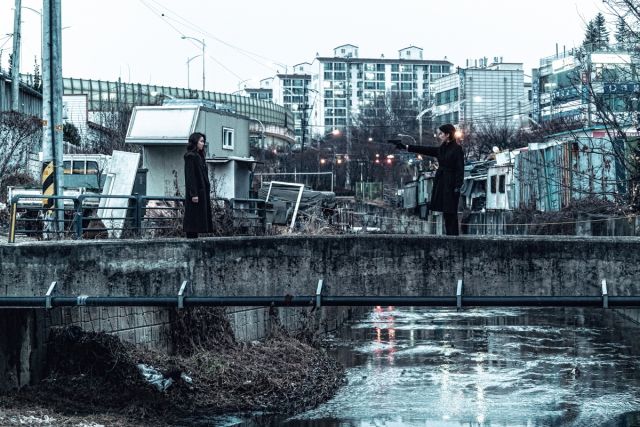 Grand, hyperbolic, shamelessly violent and utterly awesome in every sense, The Villainess is absolutely recommended not only for fans of Korean cinema but for action lovers in general. A must-see, and one of the most enthusiastically gratuitous films I’ve had the pleasure of viewing in a long time. Thoroughly recommended.