Superlative cinematic storytelling from legendary director William Wyler in The Best Years Of Our Lives, the first film to win Best Picture following the end of World War II, which serves as the backdrop to this dramatic examination of loss, love and enduring human spirit. A towering achievement in the artform, the film is enriched by commanding lead performances (including a sublime Best Supporting Actor in Harold Russell, a real life veteran and dual amputee) as well as one of the most insightful screenplays I’ve ever heard delivered (written by Robert E Sherwood, who snagged an Oscar for his work). It’s a powerful, moving story that stands the test of time: the film hasn’t aged a day, and is as compelling now as it was in 1946, where it became the highest grossing domestic release of that year. 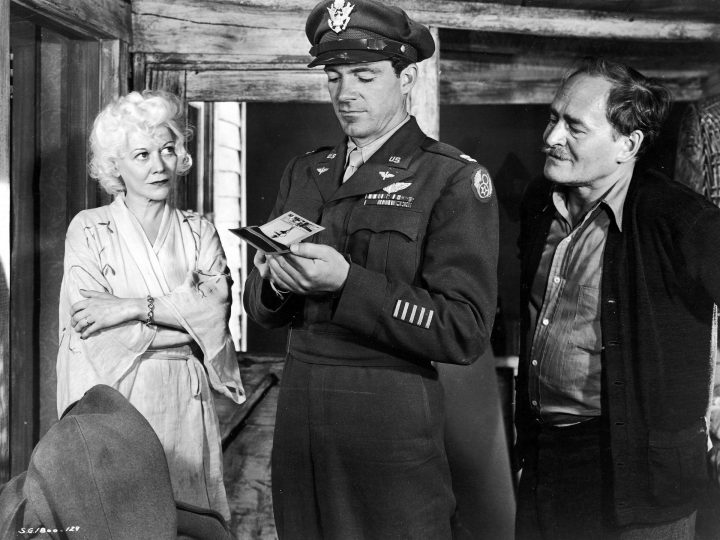 Three returning war veterans find it difficult adjusting to their old lives. Al Stephenson (Frederic March in his Oscar winning role) is married to the lovely Milly (Myrna Loy), and has two now-grown children, Peggy (Teresa Wright) and Rob (Michael Hall), and while initially happy to be home he has trouble connecting to his family and remains changed by his experiences in the war. Amuptee Homer (Harold Russell), who became engaged to the beautiful Wilma (Cathy O’Donnell) barely 20 days before leaving for the war, has lost both hands and his family struggle to accept his disability, putting a strain on his relationship. Then there’s Fred Derry (Dana Andrews), an unskilled veteran who struggles to find a job until he returns to his original career making sodas at a corner cafe. 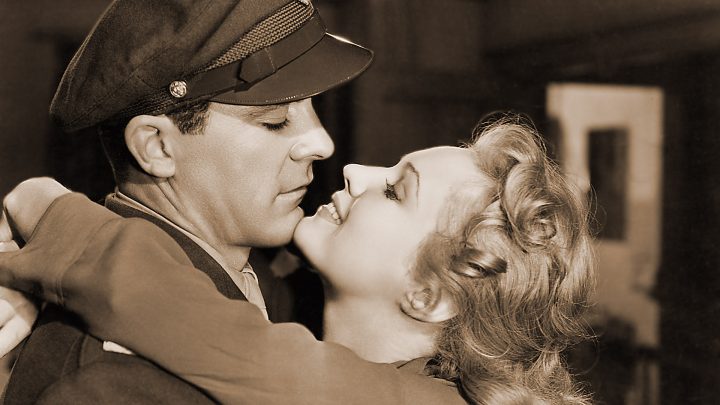 War is shit, we all know that. The brave men and women who serve their country often do so at the cost of their humanity, their very souls. On returning home, soldiers experienced crippling post-traumatic stress, as well as disassociation from their families, none of whom would have understood the horror they witnessed. The euphoria of the war’s end would give way to a sudden realisation that many of the men who came back from combat were irrevocably changed, and almost never for the good. The Best Years Of Our Lives delves into this shattering realisation with perceptive insight, a triptych of arcs examining the lamentations of loss and suffering veterans face daily. The disconnect many felt upon returning home, feeling confined to normalcy when they’d experienced so much death, is a brutally painful truth the film delivers, tearing off the scab of conformity and picking the sore bloody. 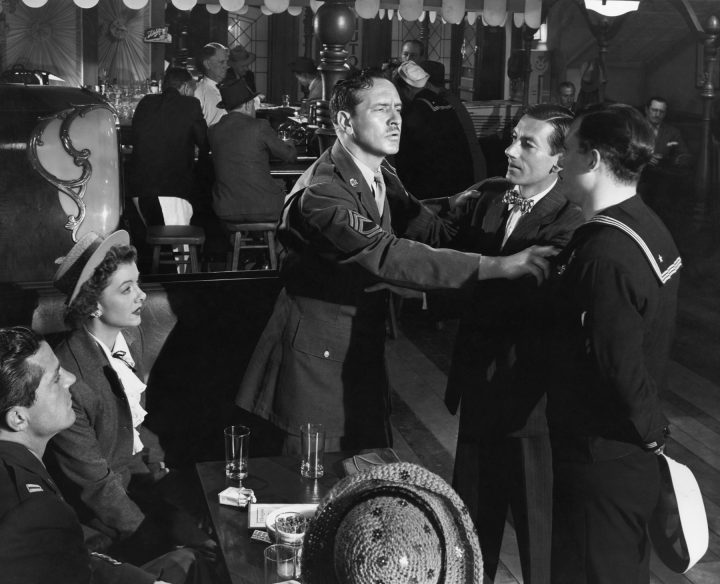 This film is, in my opinion, a depiction of waste. From its opening scenes including a shot of our leads flying over an airplane graveyard to the gradual realisation by all three men involved that the world has gone on without them despite the freedom they were fighting for, a theme of wasted humanity permeates the proceedings. Al’s reconnection with his family, led by his stoic wife Milly, as well as his difficulty reentering the workforce again as a normal citizen, provides an upper class officiousness to the plight of returning veterans. Frederic March’s confusion, and reticence to return to his old workplace is indicative of the struggles many faced coming back from war, often with diminished skills for living a “normal” life after years away. March’s performance is indeed splendid, his chemistry with on-screen wife Myrna Loy suggesting a deep familiarity, while Loy herself is charmingly coy in the subtle, occasionally wryly comedic turn as the supportive wife. 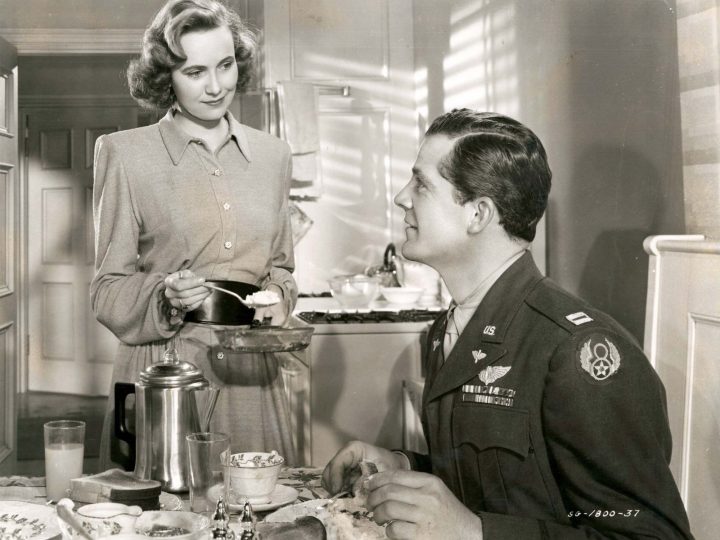 As the dashing Fred, Dana Andrews personifies despair beneath his roguish exterior, his nightmares and anger at the years he lost away in battle writhing through his personality until he simply can’t hide it any longer. Fred’s girl, Marie (Virginia Mayo), is the bubbly social butterfly who is as shallow as they come, more interested in appearance than restoring Fred’s postwar dignity. She belittles him and his emotional state, telling him to “snap out of it”, and given the social norms of the day it’s a slow powderkeg of despair threatening to erupt. Peggy’s attraction to Fred, and her resolute desire to break up the man’s marriage to Marie, crystallises in a terrific staredown between Fred and Al at the local bar they frequent, and the simmering tension within the scene is among the film’s most potent. Fred, for his part, feels discarded, much like the hundreds of planes littering an airfield waiting for dismantling, and his arc evokes the most sympathy despite his characters’ salacious behaviour. Virginia Mayo is, of course, a delight in the distasteful role of Marie, accustomed to the high life and resentful of having to give it up. 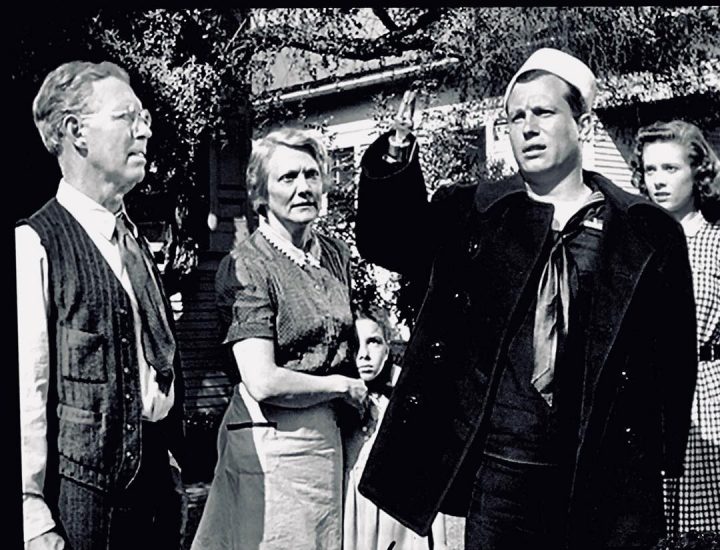 But it’s Harold Russell’s prosthetic-wearing Homer that punctuates the real tragedy of this film. Whereas both Fred and Al are riven with mental issues, Homer also has to work through issues of a physical handicap, of being socially ostracised due to his unique injuries as well as the constant ridicule he feels he gets from those around him. Kids look at him as a freak, and although loving girlfriend Wilma protests her affections haven’t diminished, Homer continues to recede from his life in one of the most heartbreaking, tragic stories the film projects. Russell wasn’t an actor at the time he filmed Best Years,  having been spotted by former war documentarian Wyler and cast in the pivotal role to high acclaim; it was his only major role, although he did appear in a number of minor projects before he passed in 2002. He was a real-life military veteran, a former instructor who lost both hands in a training accident with explosives, and not only did the Academy honour him with a special Oscar for his role in bringing legitimacy to the plight of returned solders, but he also scooped a competitive award in the supporting actor category. 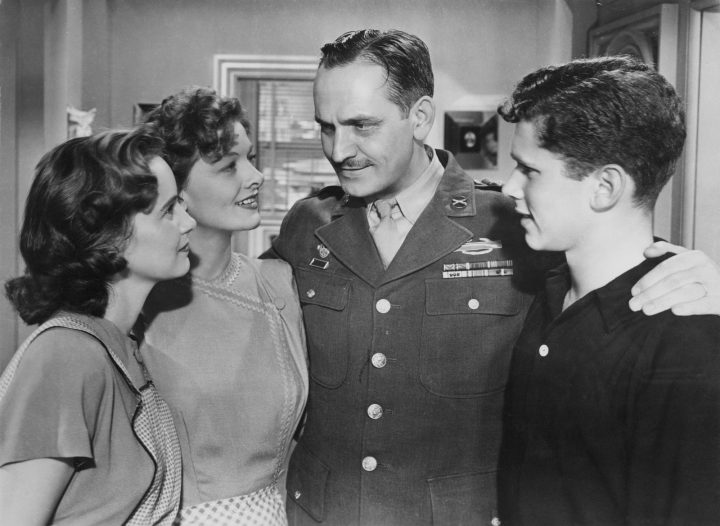 It’s also worth noting William Wyler’s direction of the film from a visual standpoint is remarkable. The addition of legendary lensman Gregg Toland, cinematographer on such other notable projects as Citizen Kane and The Long Voyage Home, provides a palette of deep focus brilliance on which to set the scene. Toland’s work on this film borders on the sublime, his framing and use of light in some of the film’s more introspective moments highlighting the hidden depths of anger and discord for Al, Fred and Homer. It’s an exquisite thing watching his work unfold, and Wyler’s limited cutting between viewpoints accentuates the raw drama of the situation. It’s a beautifully shot film, this one, and impeccably presented. As I alluded to up top, the writing on this film is exceptional. It’s a precise, well honed screenplay with a natural, unflavoured dialogue that strikes hard and hot, as truthful an examination of war and repatriation as you’ll find anywhere. 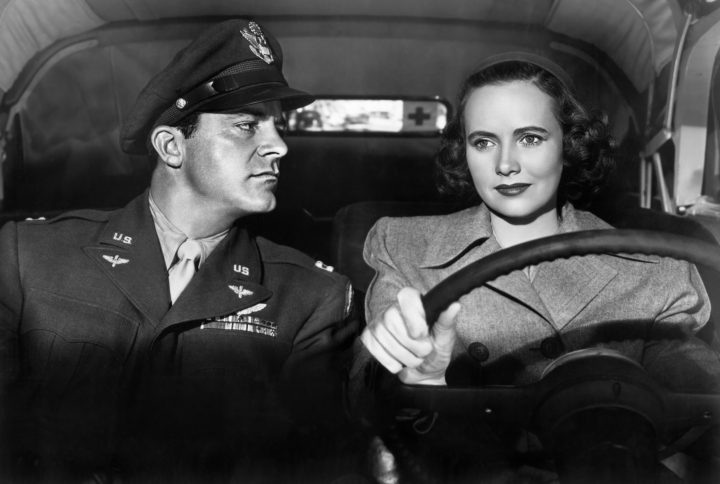 The Best Years Of Our Lives is a searing examination of veterans returning home and trying to “fit in”. It’s a difficult film to watch, mainly because the problems of post-war veterans aren’t exactly a bed of roses today, although our understanding of post-traumatic stress and psychology are better able to handle it. Supremely well acted, exceptionally written and produced with a technical precision and beauty only true art can supply, this film comes not only highly recommended, but with my opinion of being essential viewing.