Off the success of Sister Act, the box-office return made it inevitable a sequel would be made – and quickly: Sister Act 2, subtitled Back In The Habit (because one can never have enough nun puns) landed in 1993, reuniting most of the original cast and a handful of newcomers, including eventual breakout indie songstress Lauryn Hill (of The Fugees), future Party of Five starlet Jennifer Love Hewitt, and the late Robert Pastorelli. Swapping “saving the old, run down church” narrative for a conventional “bring an unruly gang of teens together to succeed at singing” arc, Sister Act 2 doubled down on the previous films’ familial tones and refusal to avoid convention, and although it was a success in terms of box-office, the drop off in quality spelled the end to this singing nun franchise. 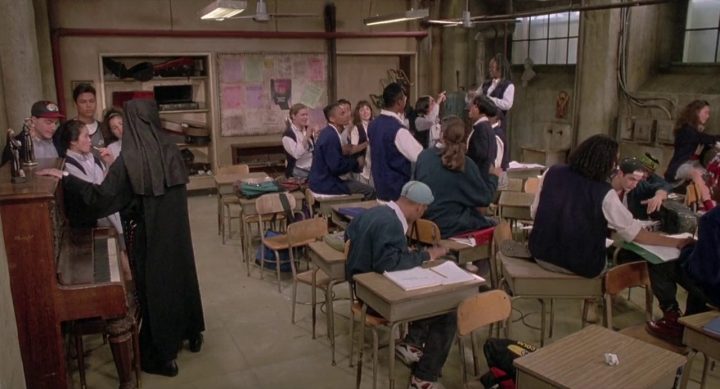 Now a famous actress, Deloris van Cartier (Whoopi Goldberg) is tasked by her former convent allies to return to her old school, St Francis Academy, which is threatened by closure due to failing reputation. The local councillor, Mr Crisp (James Coburn) has tried for ages to have the school shut down, much to the chagrin of the inept Father Maurice (Barnard Hughes); the school’s young music programme, in which a group of struggling students participate if only to get an easy “pass” grade, is the focus of Deloris’ attention. In the class, she attempts to bring their disparate personalities together to form a choir, with each of the students eventually falling into line save one: young Rita Louise Watson (Lauryn Hill), whose mother Florence (Sheryl Lee Ralph) perceives a career as a singer as a waste of a valuable education. 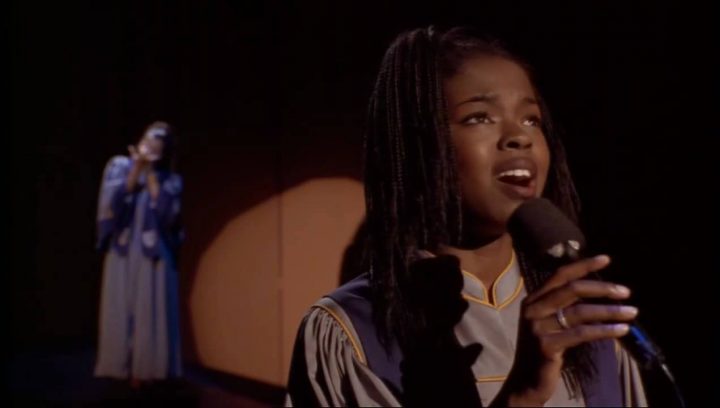 Sister Act 2 is the kind of film you make when you want to extract every last dollar from willing middle-aged audiences who think life is all rainbows and lollipops. The original film, while relatively low-key and suited to the energetic style of Whoopi Goldberg’s screen presence, maintained a breezy, lighthearted aesthetic that audiences attached to. The peppy musical choices and the fish-out-of-water routine Goldberg’s character, Deloris, employed within the film drew a lot of laughs and comedic mileage for the actress and her co-stars, the majority of whom return (notably, the popular Kathy Najimy, Wendy Makkena, Maggie Smith and Mary Wickes) here.  Additions with Michael Jeter, Sheryl Lee Ralph and Barnard Hughes, in supporting roles, and James Coburn as what turns into a fairly simpering, imbecilic villain role, are welcome to this strained, predictable sequel in which credibility is pushed aside and freewheeling character moments bubble up like a pleasant drink.

Is this film a touch paint-by-numbers? Sure. Is it a dead-eyed, formulaic sequel hanging mainly on the nostalgia of the first film’s cheery disposition? Absolutely. Does Whoopi Goldberg phone it in as the habit-wearing Deloris? Mostly. Sister Act 2 is almost entirely setup and very little payoff; the music class Deloris teaches is populated by the entire demographic of Breakfast Club-influenced characters, from the dimwitted slutty cheerleader to the shy jock lacking all kinds of self esteem, with a smattering of smart-mouthed insouciance in between. Lauryn Hill, in the lead role of dare-to-dream Rita, epitomises the quintessential American Dream of rising above one’s station in life (where you are born is a strong indicator of how successful your life will be, according to this movie) and as a singer, the young actress showcases her amazing talent with ease, despite the arbitrarily ensconced social commentary her character endures. 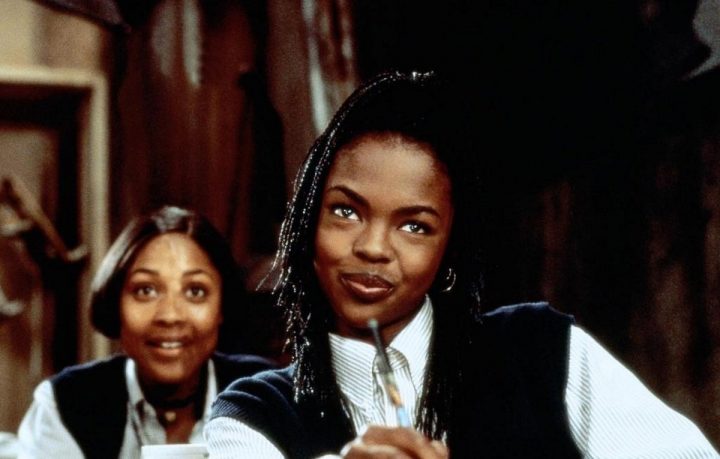 Are Kathy Najimy and Wendy Makkena, popular characters in the original film, wasted in this reprise? You betcha. Does James Coburn playing the arch villain with the teeth-gnashing cringiness of many a pulp fiction archetype land with an utter thud? Most definitely. One also has to wonder why Maggie Smith even signed for this (must have been the money) because her character arc is far less interesting here than the previous film. That’s the trouble with this sequel; it consigns the original characters to supporting roles in their own story, an egregious mistake considering they’re the reason we returned to watch the movie in the first place. Even Goldberg’s status as lead is questionable, for the film’s focus on the younger cast is the prime motivator in Sister Act 2’s narrative thrust. There’s so much going on here, so many dangling plot threads (screenwriting credits three people with this effort) that the fluffy, breezy tone of the first film feels even breezier (but less effective) here. 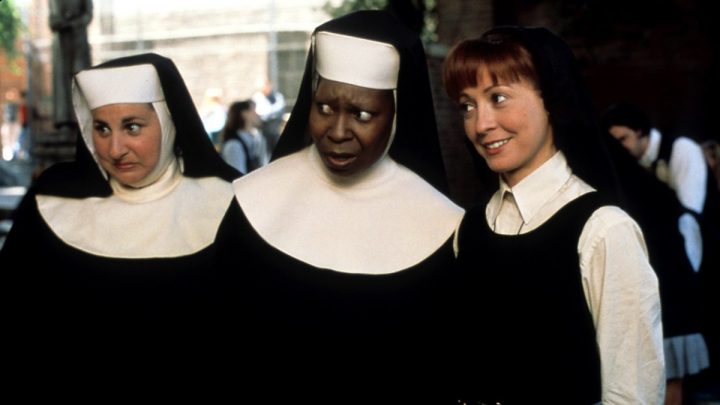 Despite a routinely predictable conclusion (does the class win their interstate singing competition? Will they save the school from closure? What do you think….) and a hodge-podge of laugh-worthy moments, there’s a sense of insufficiency about Sister Act 2 that mires it in familiarity. While it’s always great to have Whoopi on screen doing her thing, and the soundtrack once more showcases some strong singing talent and foot-tapping joy, the meandering characters, lack of genuine threat and overall indifferent social commentary make Sister Act 2 a far inferior film. It’s the kind of film that does what it needs to, but wastes its excellent cast in roles and story points that never amount to anything worthwhile.

2 thoughts on “Movie Review – Sister Act 2: Back In The Habit”