The scourge of alcohol addiction is the prime motivator for 1945’s The Lost Weekend, directed by Hollywood legend Billy Wilder and featuring Ray Milland in a superb Oscar-winning Best Actor performance. Atmospheric, riveting, searing in its approach to the subject matter, and as honest an account of an enormous social issue as Hollywood had produced to that point, The Lost Weekend is elevated by Miklos Rozsa’s accomplished score, as well as John Seitz’ moody, dark cinematography. It’s easily the best portrayal of human weakness to addiction akin to Otto Preminger’s The Man With The Golden Arm (which starred Frank Sinatra as a heroine junkie), which is saying something because that film is a genuine contender for one of the best made films of all time. The Lost Weekend is an astonishing human drama anchored by a commanding leading performance. 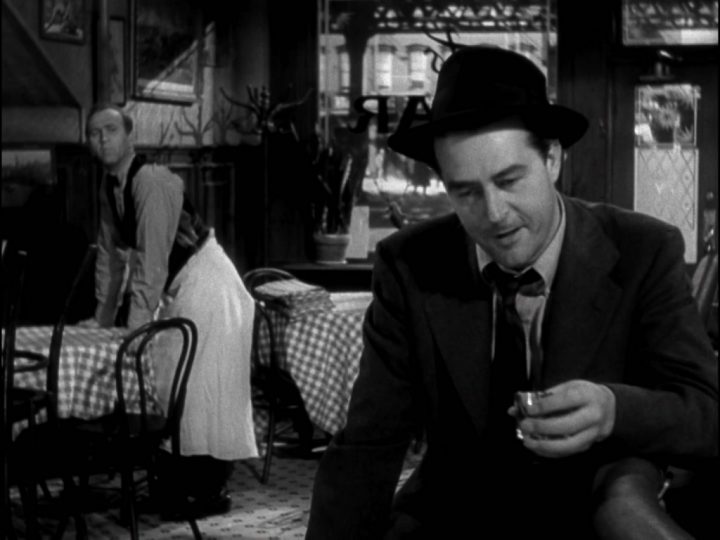 An alcoholic New York City writer, Don Birnam (Milland) is about to leave for a long weekend away with his brother Wick (Phillip Terry) and girlfriend Helen (Jane Wyman), ostensibly to get Don to give up drinking. His addiciton to the bottle, however, causes him to remain in the city, pretending to dry out, whilst in reality using stolen funds to obtain drinks from nearby bars. His interaction with local barkeep Nat (Howard Da Silva) and his employee Gloria (Doris Dowling), and his constant drinking take their toll, with Don struggling with the effects of alcohol as well as the DT’s when he is forced to give up at a sanitarium. 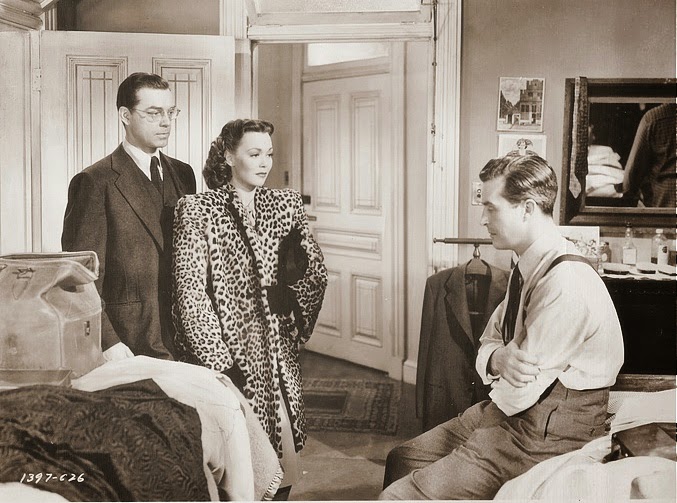 The Lost Weekend is a difficult film to watch. It’s difficult because for a lot of us, the signs of addiction are all too common in our day-to-day lives; be it gambling, drugs, smoking or alcohol, many of us know, or know of people suffering the most human of failings. The lying, the cheating, the overriding desire to continue giving into our addictions, each aspect of The Lost Weekend captures in brutal, unflinching detail the very desperation and haunting evil these things can wreak. For Milland’s Don Birnam, the bottle is his comfort, and he willingly destroys relationships with close friends and family to get that next “hit”, that next drink. Co-written with Charlie Brackett, a long-time associate of Wilder’s who would go on to also snag Oscars for Sunset Boulevard and 1953’s Titanic, the film’s darkened social commentary and blistering examination of a serious problem facing many is utterly pertinent today as it was profound in 1945. Brackett’s dialogue is scorching, from Don’s addled monologuing to his co-stars’ pique and piety, as well as admonishing admissions of failure, the film exhorts masculine weakness at the bottom of a bottle thanks to Wilder’s refusal to budge from the melancholy narrative. 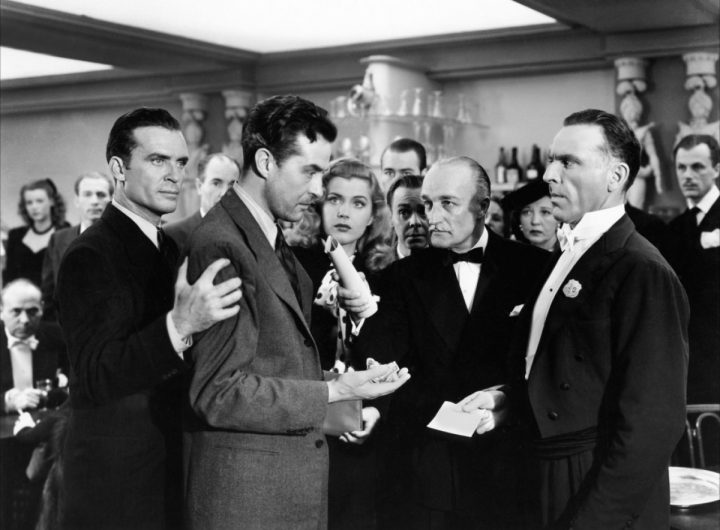 The film is performed with dignity and driving solemnity from all involved, particularly Milland (who rightly took home an Oscar for his work) and Howard Da Silva’s disgusted bartender. As the glamorous and exotic Gloria, who swoons and bats her eyes at Don throughout, Doris Dowling provokes a sense of menacing enticement, bypassing Don’s rational state and drawing him ever closer to another drink. Jane Wyman’s Helen, Don’s girlfriend, isn’t given a lick of motivation other than tokenistic “she’s his girl, therefore should support him no matter how awful he is” plotting, although Wyman gives it her all when required. Phillip Terry’s work as Don’s brother, Wick, himself utterly spent dealing with Don’s condition, represents the alienating side of our natures to want to rid ourselves of the festering source of our misery, relegating addiction to an unsolvable, unstoppable disease. 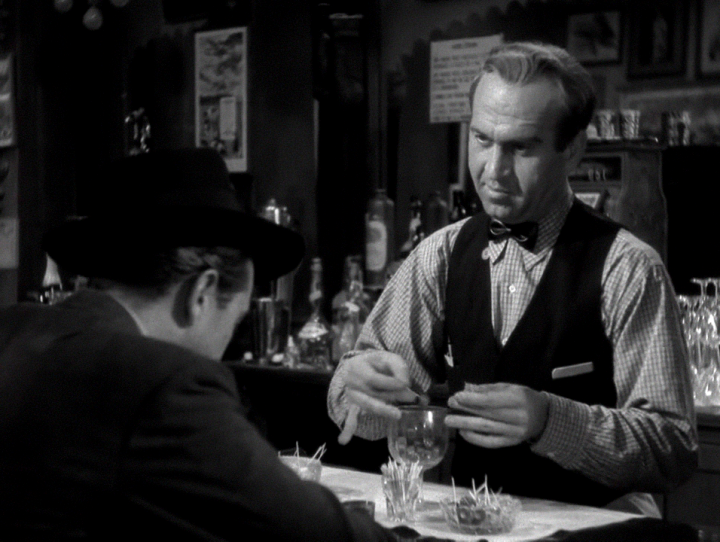 But The Lost Weekend is Ray Milland’s film. His entirely convincing performance as the drunken Don followed him throughout his career, often causing him to lose roles because people thought he was a drunk in real life. Such is Milland’s acumen in the role, such is the character’s inbuilt tragedy, as an actor it allowed him to go to places few performers had opportunity. His tortured bargaining and arguing with those hoping to bring an end to his drunkenness is especially moving, considering this trait afflicts almost everyone with a series addiction, and the sway his drink has on him is potent enough to shock even the hardest viewer. It’s not a particularly glamorous role, and the outcome isn’t always foregone, but Milland digs deep into the soul of one torn asunder by drink and magnifies it on the screen in a way that’s hypnotic and honestly hideous. 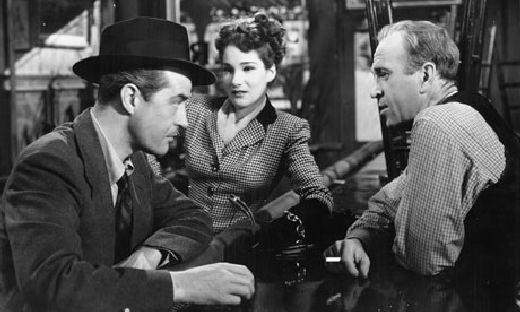 Crucial to the decay of Don’s life is composer Milos Rozsa, whose use of a zithering string instrument indicates the moral turpitude of the character’s sodden malaise. It’s a uniquely inscrutable sound, associated with ill-feeling and what feels like a horror film as the layered tension of angst and anger bubble beneath the surface. The film’s flashback elements, in which Wick attempts to cover for his brother before he gives up entirely, and Helen’s realisation that her boyfriend is an enormous lush, evokes both sympathy and frustration. Sympathy, because those affected by Don’s actions can’t escape the whirlpool of his self-destruction, and frustration because you just want to slap the stupid out of Don for being such an asshole. The insidious evil of alcohol addiction – or any addiction – manifests slowly before exploding in a searing climactic sequence that triumphs with its anger and stark dramatic heft. The photography of John Seitz camera uses focus and perspective superbly, the extreme closeups of Milland through a long lens providing an inescapable framework for the actor’s performance, an intimate depiction of isolation at the end of a bottle that sparkles with immediacy and pulsating anger. 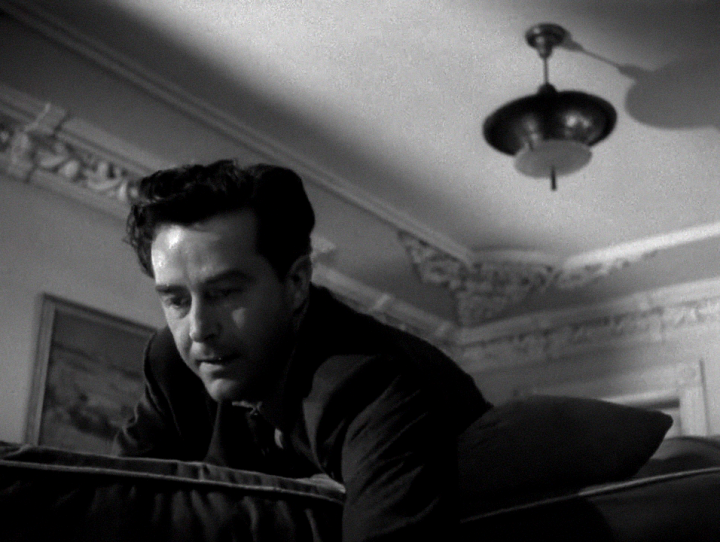 The Lost Weekend is a torture test of failure and sadness, a wretched, all-too-human character suffering through his own weak-willed personality. Brilliantly written and acted, directed with ferocious realism by Wilder, The Lost Weekend is dynamite social commentary that offers a withering insight into addiction and its associated trappings with blistering accuracy. Milland’s performance is one of the strongest I’ve seen in ages, and the white hot perspicuity of the film’s all-too-obvious statement about addiction is a powerful reminder of what great cinema is capable of.