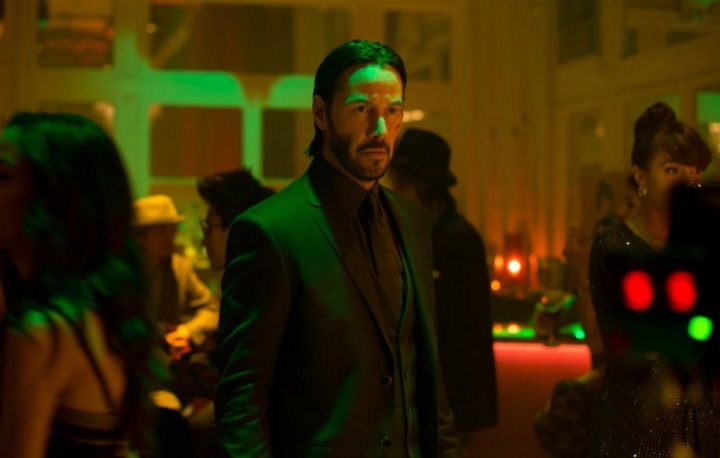 Picking up immediately after the events of the original film, John Wick (Reeves) finds peace with the relative of his nemesis (Peter Stormare), before being drawn back into the dark world he thought he’d left behind. Powerful crime lord Santino D’Antonio (Riccardio Scamarcio) calls in a marker to have Wick kill his sister (Claudia Gerini), before the vendetta is raised when Santino double crosses Wick and has him pursued by every assassin in New York City. On the run, Wick must use all his ingenuity and favours to survive and take his own revenge.

Remember back in the day when John Woo was the preeminent action director of his generation? Films like Hard Boiled, The Killer, even Face/Off to a certain degree, all contain a fluidity of action the feels like artistry than any simple mechanics. Modern Hollywood action films have tried valiantly to imitate this kind of aesthetic, more or less verbatim in the years since, with middling success. If there’s been anyone, or anything, that comes close to duplicating Woo’s kineticism on the screen, it’s Reeves’ John Wick franchise, largely built on violence and death (and all. the. headshots.) that skirts with Woo-esque concepts of forgiveness, guilt, grief, and above all redemption.

Chapter 2 is written by Derek Kolstad, the writer behind the original film, and whereas here we never have to endure the brutal death of a puppy, the film instead deals largely with concepts of “honour among thieves” – or hitmen, as the case may be. Wick, the tormented soul who dearly just wants to live in peace, finds his past catching up with him as a marker is called on his services. Kolstad never gives Wick much time to deal with it with discussion, instead providing contextual history and narrative sinuousness through action instead. Sure, several of the film’s ancillary characters offer brief backstory to Wick’s journey, including one-time Matrix co-star Laurence Fishburne’s ebullient appearance, but Wick himself continues to be a blank slate of emotional constipation. The mythology of John Wick, the legendary “Boogeyman” of the franchise, gravitates towards dismissive disbelief by several of the characters herein, although returning character Winston – Ian McShane – never underestimates the man’s abilities in a fight. The screenplay manages to be both brief with specifics and whorish in sidebar development, a clever manner in plot development that makes the original film seem positively diminutive by comparison. 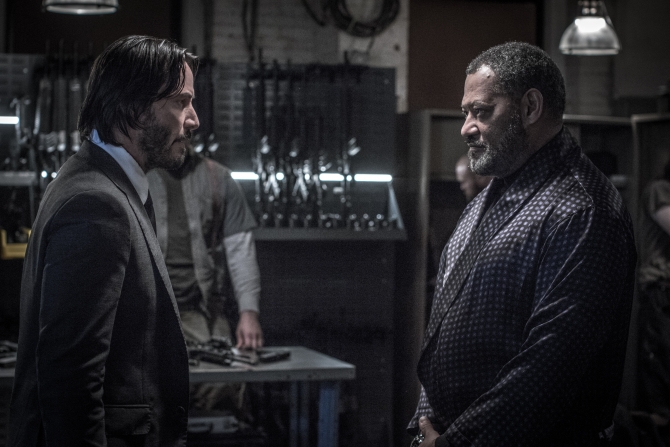 Director Chad Stahelski, who co-helmed the previous film with David Leitch (Leitch left the director’s chair here to work on the Deadpool sequel) gives the film an energetic style and frisky cool darkness, continuing the trend set by the previous film. Wick’s shadowy world is depicted by contrast, the deep dark of the Continental Hotel (used by the assassins as a waystation on their respective globetrotting between missions) and the grey drabness of New York City’s skyline, as well as the historically urbane culture of Rome, feel slickly otherworldly, apart from ours and yet within reach simply by holding a weapon. The action sequences are usually lit with a veneer of soft-focus fantasy – the exception being a protracted art-installation setting bound by a veritable “hall of mirrors” – and Wick stumbles and shoots his way thought every setting with superhuman aim.

As much as I loved this film, and as much as I still wish Keanu would find a way to make more Matrix movies, part of me found frustration in one of the film’s more unbelievable elements; John Wick’s uncanny ability to avoid being shot. In much the same manner as a John Woo hero, Reeves’ seeming invincibility here borders on the impossible, even by action movie standards. Perhaps modern action has conditioned us to accept that our screen heroes can be injured, or even killed, and Stahelski goes a long way to actually depicting John as human, but as he flips and skids through each sequence mowing down a horde of faceless thugs and goons with his weaponry, the tension in each moment rapidly diminishes until it all feels a touch underwhelming. Wick just isn’t challenged, is what I’m saying poorly. He’s never really brought low by the villain, despite the dozens and dozens of gun-toting henchmen who do their best to even up the score. Key to the film’s sense of hyper-realism, an element I felt worked superbly in the original movie, is the notion that it’s all “possible”; here the ludicrous overabundance of force working against Wick leans into camp silliness, the kind that makes Arnie’s Commando so hilarious, only it doesn’t cohese so well in Stahelski’s vision. There’s “fantasy” and then there’s fantasy, you know? 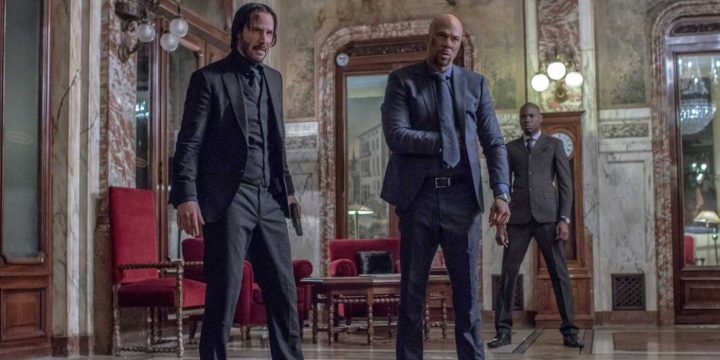 Despite this reservation, John Wick: Chapter 2 is a discombobulating bloodbath of one-liners, smooth assassins (Ruby Rose, who had a beauty-spot role in xXX: Return of Xander Cage, is left to rot by this film’s utter waste of her talent, although Common is halfway decent early in the film) and grungy underworld shenanigans, and as fast and frantic as it all is, there’s much fun to be had. Reeves does another great job as the whisper-voiced Wick, Italian actor/producer Riccardio Scamarcio provides menace in minor amounts as the film’s chief antagonist, while supporting roles to Common, as an assassin, Franco Nero (as, well, another assassin), and John Leguizamo (returning from the previous film as John’s mechanic friend) are short-lived-and-sweet. Musically, Tyler Bates’ electronic score thunders along with that percussive modernity we’ve acclimated to so well. Kudos also to cinematographer Dan Laustsen, whose lensing of this movie apes previous DP Jonathan Sela’s enough to make it feel like it’s all the same franchise visually.

John Wick: Chapter 2 is a high-stakes roll of the dice for Reeves’ cult hero; the peek of light brought into the shadowy world in which he lives in the first film is now a full floodlit courtyard of gunplay, violent reprisal and factions of assassins waiting their turn of the wheel. Whilst never specific, the film reveals multiple world-building elements to Wick’s past and present that make for salivatory material in Chapter 3; crucially, Wick himself remains enigmatic, although his final pronouncement invoking death to all who come after him is the stirring-of-the-loins stuff any good cinematic hero needs. Chapter 2 is more of the same, amped up considerably and broadening our understanding of this volatile, violent world. I’m all set for whatever comes next.