Stupefyingly awful, the gazillionth and final Resident Evil film desperately clings to its own past despite offering nothing close to resembling the original film’s tone and visceral horror thrills. Paul WS Anderson’s concluding chapter in his increasingly terrible franchise is numbing on multiple levels, from its incomprehensible plot, risible acting and brain-melting editing, to its utter inadequacy in forming a complete thought. Whereas the original Resident Evil was a taut, compact, hugely entertaining B-movie that delivered what it said on the box, The Final Chapter (indeed we can only hope it is) is sloppy, creatively vacuous and utterly irredeemable as a piece of cinema. 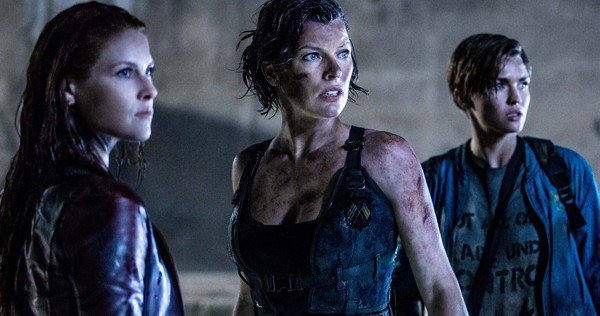 Poor Milla Jovovich: between escaping the Hive in Resident Evil and surviving whatever the hell happened in Resident Evil: Retribution, the franchise which made her a legitimate action-heroine star has gradually become worse. In The Final Chapter, Alice returns to Raccoon City at the urging of – of all things – the malevolent computer programme that set her on this journey in the first place, the Red Queen. Apparently, the deux ex machina to solving the world’s T-virus-inflicted zombiefication is a hitherto unspoken airborne anti-virus (because of course there is) and Umbrella Corporation boss Dr Isaacs (Iain Glen) is hot on her heels for some reason I couldn’t work out. Alice meets up with former franchise co-star Claire Redfield (Ali Larter), as well as a bunch of nameless secondary characters who I didn’t even care about once. Except for Ruby Rose, because she’s Aussie. Cue hordes of zombies, a frantic ticking-clock narrative, and increasingly idiotic stunts and action sequences that defy logic and reason.

Look, after the miasma that was Retribution, I had absolutely zero interest in Final Chapter other than that we could wrap up this corpse of a franchise and hit reboot (maybe it’s the only franchise even worth rebooting at the moment), and aside from tickling the nostalgia nerves by re-introducing the Hive – always my favourite part of the first film – my fears and expectations were absolutely spot on. Learning nothing from idiotic storytelling in Retribution, this film ratchets up the pulpy D-movie aesthetics with a comic-book narrative and relatively decent production design mired by a director unable to bring any meaning to it. I know, some films are pure popcorn brain-off cinema, the kind of movie you don’t need to think about whilst you’re watching it. I had rather hoped somebody had thought about things whilst they were making this one.

Trying to cobble thoughts together about The Final Chapter is especially difficult because of two reasons. The first being that from the outset this franchise had me: I loved the premise, I thought Alice was a fairly decent central character (despite her computer game genesis), and the subplots of corporate malfeasance and complicity made for a formidable antagonist alongside the hordes of zombie humans. The second was that in spite of the series sprawling across fifteen years, Anderson has managed to keep wife Jovovich, as well as regular Bad Guy Iain Glen and more recently the horrendously wooden Shawn Roberts coming back to appear, something few long-running modern franchises manage. Despite never having played a second of the games on which the franchise is based on, I’ve had a long affinity with the series thanks purely to its longevity and a sense of cartoonish “latest instalment” blockbusterism.

That feeling of affection has evaporated utterly. Anderson’s iniquitous plotting, in which logic and character development appear to have been cast into some void of nothingness, leaps from set-piece to set-piece without form or sense of jeopardy. Stakes are non-existent, seemingly contrived purely dependent on whoever is on the screen at the time, and obstacles both physical and emotional (ha!) are overcome with almost compulsively overwrought arrogance. The film strives for muscular, and ends up timidly unwilling to dwell on developing tension when it can simply deliver a plethora of trailer-worthy glib asides, striking lighting and production design, and an altogether shoestring sense of purpose for us to even care. 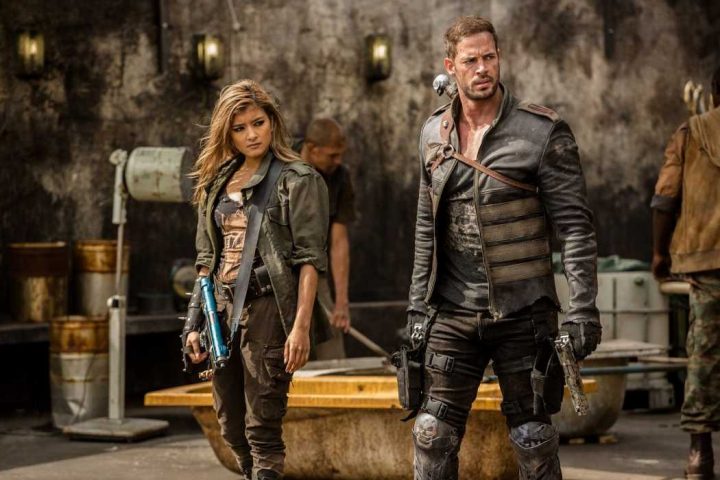 Jovovich looks for all the world like she’s bored throughout – perhaps she’s as over it as her director husband is, given its been some five years between the final instalment and this one. Alice is her career’s defining character, but here she looks unsure of exactly why she’s even involved now. The role has largely been driven by revenge or simple survival, only recently spawning into a mission-based character, but while she’s always been a kick-ass screen heroine there’s little here to work with on an emotional level. The original and earlier films devoted much of their time to a sense of Alice’s memory and loss; now, it’s all gun-play and fighting against beastly CG monsters. Which is okay, I guess, but the sense of Alice’s fate or destiny or whatever has become overshadowed by noise and fury.

Combating Alice’s attempts to release the supposed “cure” to the T-virus are Umbrella honchos Dr Isaacs and his henchman Albert Wesker. Wesker, who looks like somebody combined a Matrix Agent with a plank of timber, is rigidly awful, a cringeworthy caricature by Shawn Roberts and easily one of the worst elements of the entire franchise’s roster of supporting roles. Iain Glen no doubt wishes he were given meatier things to do in Game Of Thrones than slumming it in this shit, as even he looks like he’s a deer in headlights here. His sinister Isaacs is typically one-note, a bundle of rage and arrogance wrapped in a self-assuredness weakening by the moment. The other members of the cast, including a wasted Ali Larter (whose role in this franchise has always been grossly overestimated, in my opinion), Ruby Rose, William Levy and Eoin Mackin, make for bland cannon fodder as the Hive takes its toll on their numbers. The Hive, now feeling more like a booby trap from Cube than the original film’s stylish location presented, is the epitome of money-at-the-screen set design. It’s cool to see it back, but annoying it looks nothing like I remember. Gratingly, Anderson manages to shoehorn in the original film’s laser-booby-trap motif again, only this time it’s a singularly anaemic affair to defeat.

Oh, and when the director and star cast their own daughter in the key role of the Red Queen (played by Michaela Dicker in the original film), you know how much of the plot she’s gonna take up.

Despite all this, I haven’t even touched on the worst aspect of The Final Chapter. The editing in this film is quite simply the worst I’ve ever seen, and that’s coming from somebody who once watched Catwoman. Doobie White, the credited editor, turns what might have been a reasonably exciting action flick into an utter disaster of cutting and editorial nonsense the likes I’ve never seen. Utilising every single camera ever made, and about three hundred angles of every shot ever conceived, White uses quite literally a dozen angles for every. single. action. beat. the film throws up. Anderson reprises many of Alice’s signature gravity-defying moves, going all the way back to the first film’s girl-vs-zombiedog air-kick, but never with a sense of heft to it. Whereas previous films had moments that mattered in them with incrementally important action scenes (excepting Retribution, which was just awful), The Final Chapter’s kitchen-sink approach to action is mindlessly numbing and inconceivably bad. Every punch, slice, dice, gunshot, movement of an actor across the screen or hyperbolic moment of inspired cinematic zombie madness, is edited with the nuance of a chainsaw thrown into a room full of kittens. The Final Chapter’s editorial style can simply be summed up in a single word. Catastrophic. If you make it through this film without a severe migraine or a seizure, you’re of superior genetic stock, I’d say. 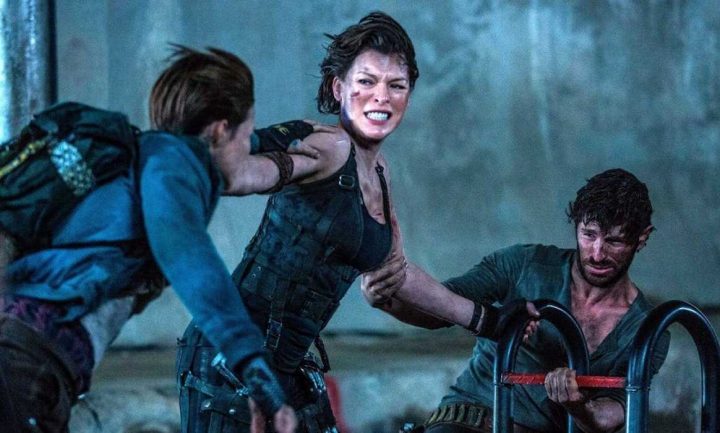 The Final Chapter might spell the end of Jovovich’s ride in the Resident Evil films, but the film leaves me with a load of unanswered questions. Like, why is there not even a hint of the original musical motif from the first film anywhere in this riot of sound design and musical clusterf*ckery? Paul Haslinger’s evocative score subverts both Vangelis, Hans Zimmer and Don Davis in its quest to feel epic and grandiose – was he even aware of what film he was scoring, if that’s accurate? – while I doubt there’s an audio speaker in any cinema on Earth that won’t be glad to see the back of this movie as it makes its way to the nearest bargain-bin on DVD.

The Final Chapter of the Resident Evil films should serve concurrently with its immediate predecessor as a cautionary tale about giving a hack director way too much latitude with his own auteur-ishness. Paul WS Anderson has delivered only a few legitimately good movies in his time (I still say Event Horizon is decently effective despite its detractors) but this… this thing is the nadir of a career that includes a convincing but not altogether coherent Three Musketeers effort and an Alien V Predator film widely considered to be the worst ever made (at least until Requiem came along). It’s not saying much that we should all be thankful it’s now over: Alice rides off into the sunset of whatever the future holds for her, and we can all look forward to the inevitable reboot (or worse, re-imagining!) in a few years time. 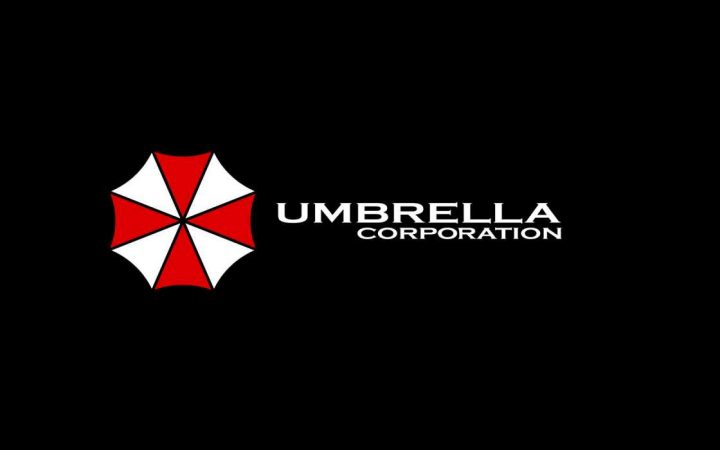