We’ve reached an age now in which cinema has moved beyond the Gen X and Gen Y audiences, and is now aimed directly at Millennials. Think David Fincher’s The Game, only in the world of live video feeds, Periscope and real-time interactivity. Nerve’s high-octane energy taps into the vaguely Danny Boyle-esque sense of visual kinetics, with both Emma Roberts and Dave Franco cantilevering between pixelated pleasure seekers and, inevitably, retributive heroes of a post-millennial age. Masquerading as a hedonistic adventure and part coming-of-age story, the film’s conceit of online gaming (mobile as that is) resonates today with the ubiquity of screens in people’s hands and access to the internet at the touch of a single button, something inconceivable barely twenty years ago. 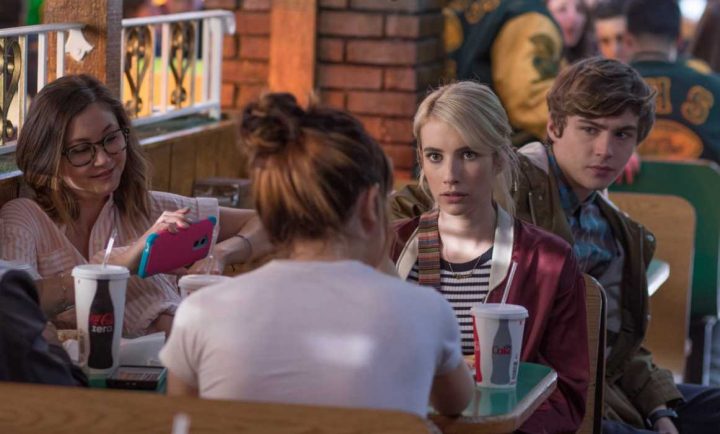 Vee (Roberts), perennial wallflower to her friend Sydney ( Emily Meade) and their crew – Liv (Kimiko Glenn) and Tommy (Miles Heizer) – finds herself mixed up in an online “tournament” known only as “Nerve”. The game is run via the web, with participants either as “Watchers” – those who only watch and record – and “Players”, which is what Vee ends up becoming as the cash prize for completing a series of increasingly brazen dares increases. Vee hooks up with fellow Nerve player Ian (Dave Franco), who himself is hiding a dark secret not only about the game, but also about his own past, and Vee’s choices to play or not to play have very real consequences for both her and her mother (Juliette Lewis).

Set in the not-too-distant-future, Nerve struck a nerve (Oh come on, like you couldn’t see that one coming!) given how prescient our digital age has become at connecting literally everyone on the planet in real time, all the time. The ubiquity of the internet within our lives, from paying the bills to talking shit about movies, social media and the “digital footprint” we’ll all someday leave behind, has become the great Orwellian problem of our time. The distinct probability of identity theft, fraud, espionage and illegal information transfers occurring within the borders of the online community have been well documented, yet the world of Nerve, with its anonymous players, watchers and general incumbent largesse, seems to skit lightly across these darker themes in search of more vacuous thrills. 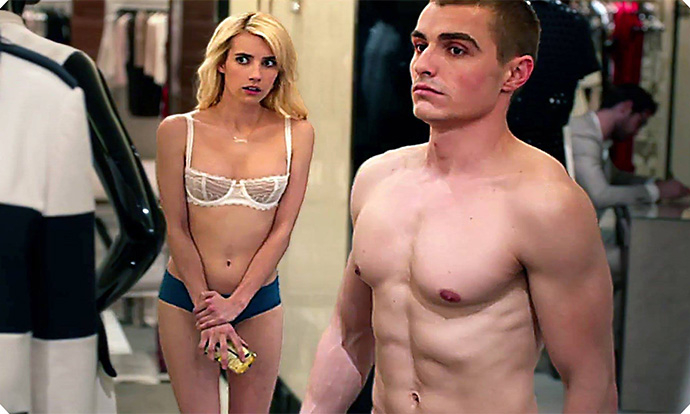 As a fairly lightweight thriller, Nerve’s sense of duplicitous audience growth and the concept of online celebrity, something we’ve seen spike in the real world over the last decade, is redolent of a millennial detachment from socialisation and genuine emotional bonds; kids these days spend more time in an online world than they do in the real one, as my father would say (and generally he’s probably right!). This isn’t to say Nerve doesn’t touch on signifigant issues of privacy, the restraint of information and the fact that anybody could sell your information to the highest bidder, but it plays off them rather than attempting to really dissect them. The script, by Jessica Sharzer and based off Jeanne Ryan’s 2012 novel of the same name, breathlessly swirls about our leading lady in Emma Roberts, as Vee, whose core character trait is that she’s long been the “sidekick” to her friend Sydney’s obsession with herself. Vee isn’t a particularly nuanced character; she’s a potential college attendee only her mother can’t afford it (and her older brother died a few years ago, so… grief!) and she’s stuck in the new low-socioeconomic pitfall that is Staten Island, which seems a tad rude but I don’t live it so I guess I can’t say it.

Vee’s accomplice throughout is Franco’s Ian, who initially coerces her to attempt more dangerous and adrenaline-junkie dares for the game, which is streamed and watched online by untold thousands via the Dark Web (which, in case you’re unaware, is actually a real thing, although surprisingly easy to hack according to this film). Franco’s there being Franco, never really giving up much by way of character when he’s directed simply to scamper through the nightime streets of Manhattan on these dares. Backstory is implied, with both of them, but emotional weight isn’t earned thanks to a breakneck pacing and (at times) contrived sense of convenience in the plot.

Nerve’s visual dynamism is what saves the film, to be honest. Where the story leans into trying to be too clever for itself, directors Henry Joost and Ariel Schulman (Catfish, Paranormal Activity 3 + 4) give a sizzling sense of alacrity to proceedings as they – and us – hurtle through New York City via the newsfeed of everyone watching within the movie, to say nothing of Ian’s motorcycle. The film delivers not only traditional filmic camerawork but also utilises the constant phone-camera feeds of the characters themselves, as they film the events unfolding and this provides an immediacy and sense of reality to the movie that works moreso than recent efforts like Unfriended and Open Windows. Joost and Schulman keep the clock ticking, narratively speaking, with the film’s high octane opening half giving way to a fairly clumsy final act that doesn’t deliver anywhere near the frisson the first half built up.

In spite of feeling like some watered-down diatribe on the dangers of online celebrity and personality culture, Nerve’s slick presentation, generally engaging performances (surprisingly, for a film set within the bounds of the entirety of Manhattan and beyond, the film’s character roster is small) and immediately iTunes-able musical soundtrack will sell it to the audience for which it’s most suited – younger inhabitants of the digital age.