James Bobin’s highly visual sequel to Tim Burton’s 2010 billion-dollar blockbuster, Alice Through The Looking Glass represents yet another dazzling cinematic extravagance foisted upon us in the quest to drag more cash from audience’s pockets. Alice In Wonderland’s empty visual splendour is once again mined for what becomes a headache-inducing voyage back into Underland, as Alice (Mia Wasikowska) tries to bring back the ailing Mad Hatter’s family to make him well again. Ostensibly a project created just to keep CG artists employed in a room somewhere, Looking Glass‘ story feels spread to thin for its own good, as Bobin seems incapable of giving the film a shred of emotional resonance. 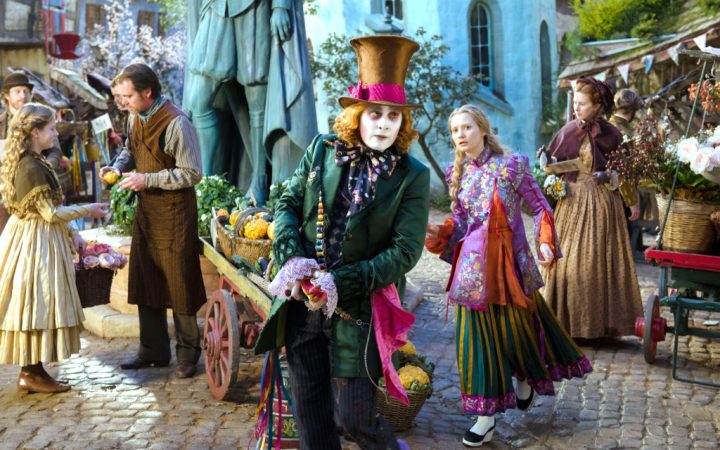 After years of sailing the high seas as Captain of her own ship, Alice returns home to find her mother (Lindsay Duncan) has sold the family home to Alice’s former fiancee, the odious Hamish Ascott (Leo Bill), she returns to Underland only to learn the Mad Hatter (Johnny Depp) is in poor health. The White Queen (Anne Hathaway) tells Alice that she should travel back in time and find the Hatter’s family; in order to achieve this, Alice must take the Chronosphere from Time (Sacha Baron Cohen). Doing so unleashes the wrath of the Red Queen (Helena Bonham Carter); the Queens’ family history is explored as Alice voyages back to change history and save the Hatter.

Through The Looking Glass functions as both a sequel and a prequel to the original Alice In Wonderland, although the added narrative width afforded to even the minor characters does little to justify the film’s existence. Through The Looking Glass is a film without purpose, a context-free adventure without soul manufactured by committee and no doubt written by one. It’s a film that wastes its top-tier talent on utter dreck – Depp’s Mad Hatter is one of the most idiotic things to ever grace the screen, or it would be were Depp not also responsible for the hideous Willy Wonka from another Tim Burton crapfest, 2005’s Charlie & The Chocolate Factory – and seems content to offer an all-sugar, no-substance approach to Lewis Carroll’s sense of whimsy.

Mia Wasikowska looks like she’s been blackmailed to appear in this film, with as unenthusiastic performance as there’s ever been, and Alice remaining one of the least engaging heroines of modern Hollywood cinema; the character’s love for the Hatter is misplaced and underdeveloped, so her entire trajectory here is predisposed to be associated with the previous film. Wasikowska and Depp spend approximately three minutes of screen time together setting up this quest story, before the headline act disappears for the rest of the film only to appear in extended vignettes as supposedly emotional touchstones throughout. Depp’s nonsensical performance, coupled with the character’s silly appearance and design, can’t seem to overcome the lack of fun involved in here. Sacha Baron Cohen looks to be having the most fun, as Time, a charismatic, eccentric type that fits right into the actor’s unique wheelhouse, but even his clockwork oddball type can’t salvage what is essentially a blue-screen avalanche of crummy effects, cruddy backgrounds, and slap-dash storytelling. 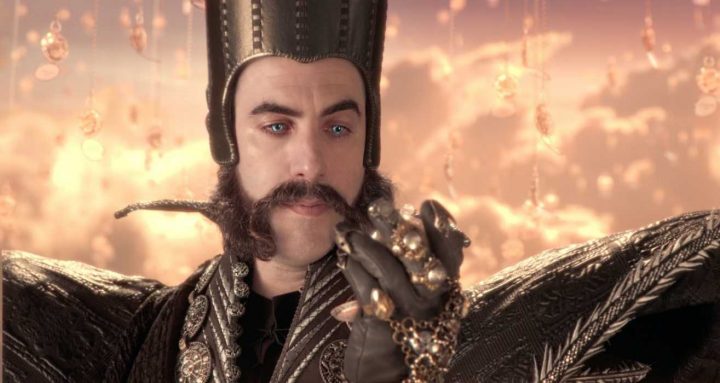 Until now, director James Bobin’s pedigree has been untarnished – both his Muppet films, the 2011 reboot and it’s Most Wanted sequel, were box-office hits and legitimately great movies – but his move to Disney’s blue-ribbon department has not been quite the happy family he perhaps imagined. The film’s creative malaise comes through an overabundance of stuff within the movie: it’s okay for a film to look sumptuous, and Through The Looking Glass certainly delivers visual eye-candy by the bucketload, but without compelling characters or story to back that up, the wearisome smorgasbord of digital artifice crumbles like a second week run of The Phantom Menace. Bobin brings a sense of Tim Burton’s kooky style, without the verve. It’s a copy, not something unique; perhaps nobody can replicate what Burton is capable on his best day, but Bobin ain’t up to the challenge here, repeating rather than revitalising.

Through The Looking Glass is a vacuous, hollow affair riddled with affected performances and inordinate amounts of green-screen action that never solidifies. Beneath the veil of “wonder” and “fantasy” is a decidedly thin story supporting effluvial characters that are harder to latch onto than a dry titty. Through The Looking Glass might have staggered to a minor profit for Disney but in the end creative bankruptcy will leave a longer, more lasting impression.

3 thoughts on “Movie Review – Alice Through The Looking Glass”