This week, film website Flickering Myth published an article by Anghus Houvouras entitled “Can We All Just Admit Star Wars: The Force Awakens Was Kinda Terrible?” and, reading it several times, can we all just admit that that article was all kinds of terrible? It’s the kind of clickbait headline sensationalism designed to grab views and provide a “heated” discussion about the flaws and successes of JJ Abrams reboot of the Star Wars universe post-Lucas. In it, Mr Houvouras claims Awakens to be a “passionless, unoriginal mess” and while I’m usually loathe to dissect another person’s views about a cultural behemoth such as Star Wars, the article angered me so much due largely to faulty, facetious reasoning, in what appears at first blush to be some kind of against the grain hatred of anything that succeeds. 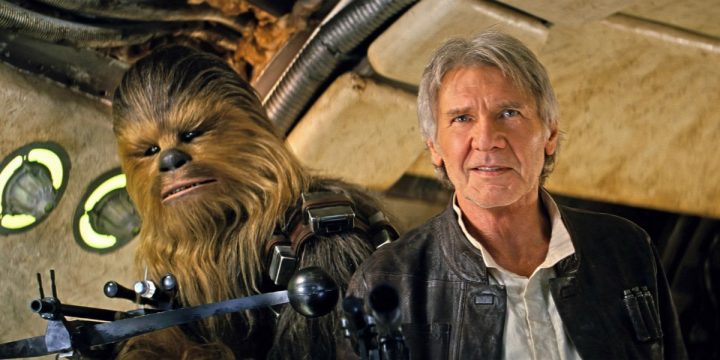 Houvouras claims The Force Awakens is a film built solely on nostalgia, and offers little new material to Disney’s blue-ribbon acquisition. Not only is this patently false, but (and here I offer an alternative argument to the article) I suggest that despite The Force Awakens mirroring much of the franchise’s own history in terms of story, plot and iconography, Abrams balances the required fan-service with kickstarting the new direction with skill and heart. The film had all the great ingredients of a good film: solid new characters (Rey, Finn and Kyle Renn are people I’m interested in to see where their stories end up) as well as returning stalwarts (Carrie Fishers and Harrison Ford’s chemistry hasn’t waned, in my opinion) and the modern cliffhanger approach to storytelling: the reveal of Luke Skywalker in the final scene, setting up the next Episode in the series.

The film had an energy lacking in any of Lucas’ stale, abysmal Prequels films (I ascribe to Red Letter Media’s hilariously superb takedown of all three films in that trilogy, in case you’re wondering) and while it did hit nostalgia buttons regularly, there was enough going on that was new to differentiate it from A New Hope, the film with which it’s most similar. Your mileage on the similarities or differences may vary, but Mr Houvouras makes a crucial mistake (as do a lot of the fans of A New Hope) in thinking nostalgia overplays its hand with The Force Awakens. Considering how much nostalgia we had to deal with in the Prequel trilogy, Houvouras’ assertion that The Force Awakens was some kind of McDonalds’ Happy Meal might be accurate but it’s certainly not the buzzkill folks who sat through Attack Of The Clones had to endure.

It’s the latter paragraphs of Mr Houvouras’ article that rankle me most. Take this, for instance:

I won’t begrudge anyone who claims they liked The Force Awakens, because the power of nostalgia leads many to the dark side of the creative arts. The same dark side that continues to spew out passionless blockbusters more interested in strip mining the excitement of our youth rather than create something new.

The thing about Awakens’ nostalgia, particularly in its use by Abrams, was that the Star Wars franchise relaunch needed to distance itself from the recent Lucas Prequel films. While the original trilogy remained an iconic part of pop-culture, the Prequels and their divisive deterrent for many fans (anyone who claims to enjoy them as cinema needs serious help – they’re awful films) and for this reason general non-fanboy audiences – the casual folks who might recall Revenge Of The Sith being shitty up until the Vader suit came out – needed to know the new Disney-produced films were going to see a return to the greatness (perceived or otherwise) of the original trilogy’s galactic sense of adventure. Abrams needed to tap into nostalgia, needed to give the film a sense of continuity with the original trilogy, while making a film that moved the overall narrative forward. 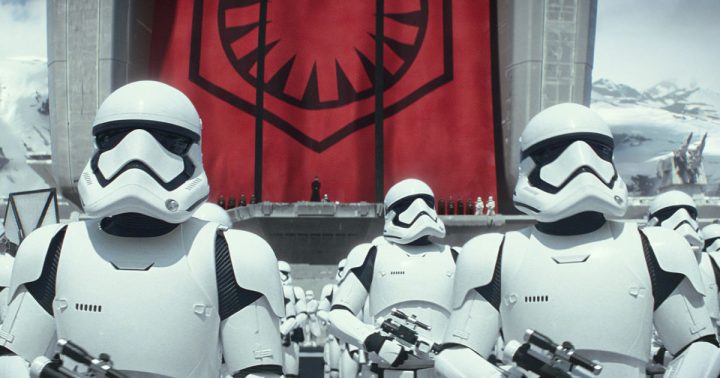 To say The Force Awakens is a terrible film based purely on its nostalgia switch is hideously contemptible criticism. It’s the kind of carrot-dangling, hit-counter division that’s ill-conceived and designed to pander to a specific (hopefully minor) segment of the fanbase who may have felt legitimately disappointed with the film, for whatever reason. It’s not so much being critical of the film but critical of the people who enjoyed it because it hit the right nostalgia buttons. Yet in dissecting the film as a story, with characters of interest and a sense of Lucas’ grand opus pulp-fiction mandate, The Force Awakens simply continues the previous six films worth of construction and creativity. And it does it with far better direction, I might add. No, I’m not an Abrams apologist per se, because I think he’s a director incapable of delicacy or nuance for the most part (none of his films, with the exception of Super 8, have been particularly subtle) but when you get a creative talent of a particular style and give them a property that fits right into their wheelhouse, magic can happen – and The Force Awakens is far from being “made of Nerf”.

The entire point of Flickering Myth’s article is to suggest that people generally didn’t like the film but were too ashamed to admit it – “can we just admit…” indicates a level of subterfuge from audiences and critics who raved about it initially but were too afraid to speak against the resurgent franchise. I think this is less criticism about the film and more a statement of Mr Houvouras’ dissatisfaction with his own ability to enjoy it. Mr Houvouras obviously detests The Force Awakens because somewhere he’s made a far better film himself. Star Wars isn’t Oscar-contending dramatic heavyweight cinema, it’s lightweight, fluffy, sci-fi adventuring that some have mistaken for Biblical-level genius in spite of the fact its genesis comes from the pulp serials Lucas grew up watching. Given the demands of the stakeholders in The Force Awakens being successful, not to mention making a film accessible to casual audiences as well as hard-core fans, to say nothing of Abrams’ desire to make a good film of his own, there’s no denying most of these achievements could be categorised as having been met. Is it a perfect film? Of course not; few films are. It’s some folks’ continued assertion that Awakens is terrible or bad or horrifying purely because it strives to achieve so much is an ideology I’ve never latched onto.

Perhaps had Mr Houvouras used Michael Bay’s Transformers franchise as the basis for his article, I’ve have simply nodded and kept scrolling. Bay’s robot movies are rightly regarded as awful, and any sense of nostalgia in them was blasted away in the first film.Remember what I said about directorial wheelhouses and appropriate properties? Transformers are the antithesis of that rule. The Last Knight looks utterly incomprehensible and a continuation of Bay’s desire to simply explode shit at people until they expire from brain death. To claim The Force Awakens as a terrible movie is to do truly terrible movies a disservice, and clickbaiting easily enraged fanboys (such as myself, I guess…) is the lowest form of film criticism and examination. Without a competent argument other than “nostalgia bad, creativity vacuum” repeated ad nauseum, Mr Houvouras’ “opinion” piece on The Force Awakens should be force-choked out of existence.