Whimsical, fantastical, off-kilter: these are words best used to describe not only the film version of Roald Dahl’s classic story but also star Gene Wilder’s memorable performance in the title role. Noted for its stunning production design, the first film version of “Charlie & The Chocolate Factory” (having changed the title to allow greater focus on Wilder’s Wonka) is a treasure trove of production design, utterly bizarre set-pieces, uncomfortably poor parenting skills and what can only be described as a laissez-faire attitude towards workplace safety. You know that gag about weeding out all the idiots by removing the warning signs from dangerous things? Well, Willy Wonka operates his eponymous chocolate factory as if that actually happened: it’s both startling and hilarious in equal amounts. 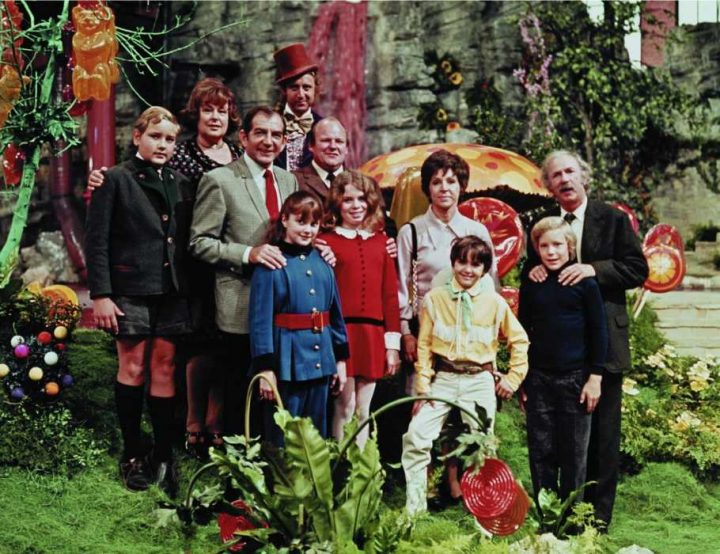 Charlie Bucket (Peter Ostrum in his only film role) lives a pauper’s life with his parents and both sets of grandparents in a rundown shack on the wrong side of town. Ostensibly cheery, Charlie’s life becomes turned upside down when he wins one of five Golden Tickets to visit the mysterious chocolate factory of world famous choclatier, Willy Wonka (Gene Wilder). Accompanied by his grandfather, Joe (Academy Award-winner Jack Albertson), Charlie, together with four other winners – food-infatuated Augustus Gloop (Michael Bollner), hideously obnoxious Veruca Salt (Julie Dawn Cole), gum-chewing Violet Beauregarde (Denise Nickerson), and television-obsessed Mike Teevee (Paris Themmen) – wander through the fantastical factory alongside the bizarre Wonka, learning about the creation of some of his most astonishing candy creations. Along the way, though, they each learn a valuable life lesson and get to hear songs by the tiny Oompa Loompas.

It’s only in watching Gene Wilder’s performance as Wonka that you suddenly realise how shitty Johnny Depp’s version was. Wilder seems to have a glint of something magic in his eye throughout, whereas Depp felt more like some toffed-up paedophile than a candymaker. Wilder steals the show from the moment he first appears some twenty minutes into this movie, a moment of off-balance slapstick mirroring the film’s skewed perception of cinematic reality with dexterity. Remarkably, Wilder takes what is basically an insane character and transforms him into some weird affectation-ridden dilettante with the confusing social skills of Doctor Who and the perplexing anger management issues of Gandalf the Grey. Wonka has a serious case of indifference the plight of the factory’s victims: at various stages of the film, the children all become trapped or miniaturised or enlarged through misadventure with the man’s candy creations, leading one to suspect that deep down the dude really f@cking hates children. 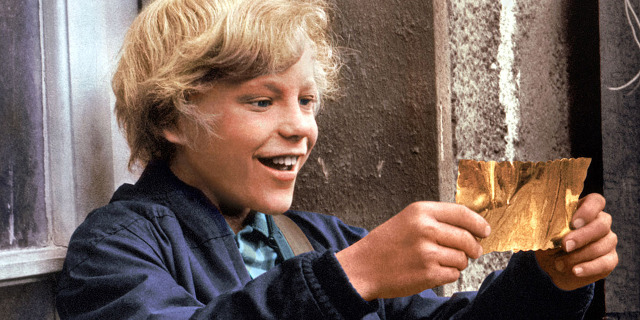 Mel Stuart, directing the film through a thick veneer of allegorical whimsy, cleverly dismisses the simplistic nature of Wonka and his factory for an at-times terrifying glimpse into utter insanity. The film sports the kinds of magical craziness of an Alice In Wonderland sense of logic, small doors leading to large rooms and nothing being as it seems, and if you take this at face value it’s really rather clever. But the seedy, withering underbelly of Wilder’s performance and his quiet sense of menace looms large while watching this as an adult. Wilder is actually a disturbing force in this movie, leaping from beguiling ringmaster to freakishly scary pantomime terror with a flick of his wild hair. As a child this film had moments of pure terror (the nightmarish boat ride down the chocolate river, anyone – they actually show a chicken being beheaded!) and watching it again with my kids (their first time, and the first time in a good many years for me) I had to wonder what the hell my parents were thinking letting me watch this movie!

Aside from Wilder, Peter Ostrum is solid as Charlie, while the always great Jack Albertson is codgerly as Grandpa Joe. Julie Cole’s horrible Veruca Salt is the very personification of a spoiled brat, abetted by her wrapped-around-the-little-finger father Henry, played by a garrulous Roy Kinnear. Veruca Salt is easily the most memorable secondary character here thanks to Cole’s thick-lipped snooty performance, and of all the allegory within the film, her being a “bad egg” is a lesson my daughter could learn easily. Mike Teevee resonated with me as a youngster because I myself was enthralled with the idiot box, while the short-lived Augustus Gloop and the purple rage of Violet Beauregarde remain cautionary tales about picking up bad, bad habits. 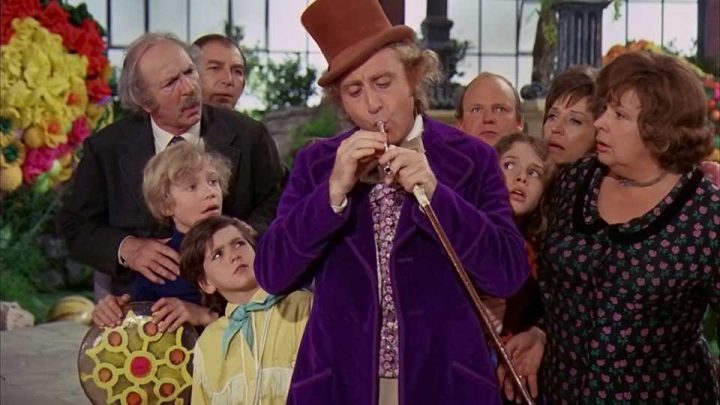 In spite of Wilder’s off-the-wall performance and the film’s disregard for human safety, Willy Wonka & The Chocolate Factory’s greatest single asset is its superb production design. Every facet of the film screams “big budget”; from the run-down streets of Charlie’s village to the sprawling labyrinth of the titular factory, including the cavernous chocolate mixing fairytale landscape, you can really feel the world of Wonka and his magical kingdom come to life as Charlie and Grandpa Joe wander through it. As a kid it was positively astonishing that a factory like this could exist (okay, so it can’t, but kids wouldn’t know the difference) and Stuart’s team of artisans make Wonka’s world just a pure visual delight of cinematic design. The film’s cinematography, by Arthur Ibbetson, who also lensed classics The Railway Children and Santa Claus: The Movie, gives the film a real sense of technicolor fantasy – vivid hues and dynamic lighting contrast against Wonka’s apoplectic grandeur, the framing of a sequence within the perspective of a child’s eyeline superbly rendering a film simply brimming with… ahem… eye candy.

Willy Wonka & The Chocolate Factory is an enduring family favourite, although for the life of me I can’t understand why. Shockingly violent towards children, hyperactive to the point of frenzy, and sporting Wilder’s most manic, devilishly off-the-wall performance in a film (aside from his stuff in Young Frankenstein, I’d wager), the film is not only the stuff of nightmares but also the stuff of genius. Does it work today? In truth, not entirely, because Wonka himself is just too insane to make a qualified association with, but for its distinctive set design and visual effect work, not to mention the terrific child performances involved, this Wonka factory tour is one hell of a bizarre trip.