This animated Babe: Pig In The City riff works overtime trying to draw the laughs from its on-point depiction of the cute and fluffy members of our families, and largely succeeds despite a fairly generic plot and forgettable characters. Although boasting a hugely enjoyable voice talent roster (including Albert Brooks as a red-tailed hawk who would rather eat his friends than help them!) and dynamite animation, The Secret Life of Pets feels somewhat middle-ground considering the simplistic voyage of friendship story it props up with rapid-fire humour and lively characterisations to keep the younger viewers engaged. 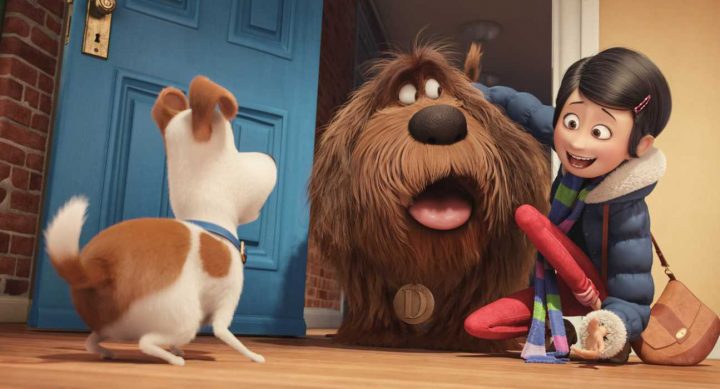 Max (voice of Louis CK) is a Jack Russell terrier living with his owner in a New York City apartment block, living the carefree life of a pet and loving it. When his owner suddenly adopts an enormous shelter dog, Duke (Modern Family’s Eric Stonestreet), Max flips out and tries to get rid of his new “brother”. Duke and Max butt heads repeatedly until accidentally being captured by animal control and having to escape into the city’s sewers, where they meet renegade rabbit Snowball (Central Intelligence’s Kevin Hart), who seeks revenge on humans for abandoning him as a pet. Max and Duke reluctantly join Snowball’s “Flushed Pets” gang, and barely escape following a horrifying initiation ceremony at the hands of a giant python. Meanwhile, Max’s fellow apartment friends, led by love interest Gidget (Jenny Slate), begin to search the city to track him down.

The Secret Life Of Pets is a prototypical enemies-become-friends-through-adversity story: Max and Duke are initially antagonistic, but eventually learn to overcome their differences thanks to the mutual threat of Snowball and his gangsta friends. It’s hardly a brain-stretcher of a foundation, particularly for adults who will probably see most of the plot twists coming a mile away, but the kids will enjoy the film well enough thanks to some terrific and energetic animation. There’s something to be said for having quality vocal talent behind the characters here, for while Max, Duke and the rest of this assemblage of digital pet avatars they’d be nothing without the intonation and delivery of the cast.

Louis CK’s Max grows not a jot from opening sequence to closing credit, a telling point for a film in which acceptance and loyalty are among the key emotional beats of the film. Eric Stonestreet’s Duke, an enormously shaggy brown pile of fur, can’t quite decide whether he’s an asshole or a misunderstood beatnik, sporting both the antagonism of a Big Bad Villain and the sorrowful backstory of a Lead Hero. To be truthful, Duke appears to exist in the moment, a character lacking cohesive creative underpinning when it’s easier to just let him bear the brunt of the film’s jokes. Jenny Slate’s Gidget, Lake Bell’s Chloe (a cat), Albert Brooks’ wonderful Tiberius (a hawk), and Kevin Hart’s Snowball provide plenty of jovial laughs in minute amounts throughout the film, but it’s fair to say most of the film’s humour is situational and derived from the enormous ensemble of supporting creations. From a tattooed pig, giant gators and an assemblage of dogs, cats and birds threaded throughout the background of this pitter-patter flick, kids will sit gaggle-jawed at how rambunctious is all appears to be. 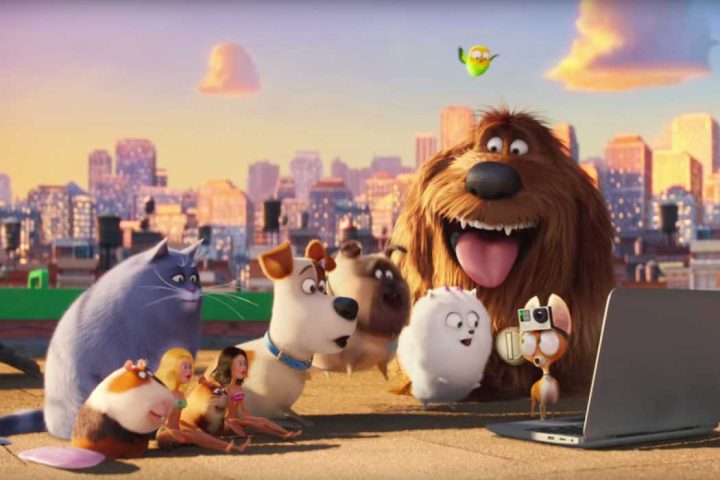 The Secret Life Of Pets is a film existing purely in the moment: it’s so self-conscious about its own simplicity it forgets to offer the audience more than generic junk-food cinema, as wonderful to look at as that might be. The animation is superb, from the vertiginous landscape of New York City (boasting the combined skyscraper count of both the actual city and most of those in Tokyo, Beijing, Sydney, London, Singapore and Hong Kong) to the underbelly sewers of the city’s orphaned animalia, and the direction is such that it’s attempting to blind you with speed and raw bedazzlement than any seriously engaging narrative drive. It’s the very definition of a motion picture, because the film never stops to draw breath. There are so many jokes here, so many little moments of fun that raise a titter or a giggle but never remain memorable, adults might find themselves checking their watches before the closing credits roll.

Papering over the thin plot with velocity and whizz-bang effects for their own sake can’t prevent Pets from remaining firmly a middle-ground effort. It’s amusing in fits and spurts, it’s certainly pretty to look at, and for its clever characterisation of animal habits there’s some sweet moments for pet lovers to chortle at. But the film isn’t memorable beyond that. Diversionary at best, mediocre at worst (in fairness, I did laugh enough to make it enjoyable), The Secret Life Of Pets comes recommended as a babysitter for the kids but hardly a serious attempt to combat the power of Pixar.

2 thoughts on “Movie Review – Secret Life of Pets, The”