Okay, I watched this movie. As big a fantasy fan as I am, having read much of Eddings, Feist, Tolkein, Wurts and Brooks during my youth, nothing prepared me for the utter confusion that was Warcraft. Apparently the first in a planned ongoing franchise of films, (hence the subtitle The Beginning) which has the distinction of being helmed by Moon and Source Code director Duncan Jones, Warcraft is an incredibly pretty, stylishly made, weirdly empty affair lacking the adult practicality of Game Of Thrones (although the addition of Thrones music maestro Ramin Djawadi is a pleasant inclusion) or the depth of mythology of Middle Earth. Based on the hugely popular game of the same name, Warcraft’s world-building incoherence and limited character development make it an incredibly difficult thing to approach as somebody (like I) who’s never encountered it before. I’m sure had I even the most cursory knowledge of Warcraft’s lengthy and convoluted internal mythology I’d have enjoyed this far more, but a film shouldn’t have to rely on hardcore fans understanding what’s going on to be successful. Warcraft, sadly, meets the criteria for a CGI-overloaded fantasy-fest lacking both soul or heart, in spite of its A-list cast and Duncan Jones’ magnificent direction. 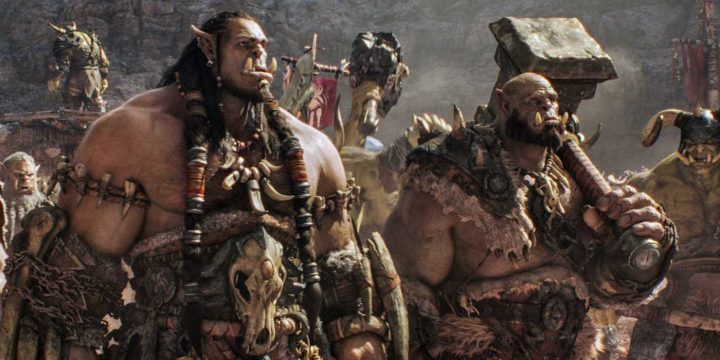 The plot makes not a lick of sense if you’re unfamiliar with Warcraft as a franchise. From what I can gather, there’s two different worlds, one of which is inhabited by giant green and brown Orcs, the other by Men, neither of whom trust the other and who have to somehow build a bridge of trust to come together and battle a threat to both worlds. Travis Fimmel (Vikings) plays Lothar, the Commander of the legions of the Stormwind Kingdom, whose king, Wrynn (Dominic Cooper – Preacher) is desperate to protect his people against any threat. When Fel Magic is uncovered by young mage Khadgar (Ben Schnetzer) and Guardian Medivh (Ben Foster – The Messenger), Lothar leads a small group of his men, as well as Garona Halforcen (Paula Patton – Mission: Impossible – Ghost Protocol) to meet the portal-skipping Orc Horde invaders.

Boasting scripting involving words that contain almost no vowels, and multitudinous “The _____ of  ______” adjectives describing things we known nothing about, Warcraft is nothing if not money-on-the-screen gorgeous to look at. The Orc effects, motion-capture performances by the likes of Toby Kebbell and Middle Earth movement specialist Terry Notary, are terrific, with hyper-realistic skin tones and a brilliant sense of weight to the artifice, while the large scale battles and blitzkrieg attack sequences are dynamic and foll-throttle – albeit largely bloodless and designed for the Star Wars age-bracket. As with Peter Jackson’s recent Hobbit trilogy, Warcraft bulges with CG wizardry (of the cinematic kind) and, as with Bilbo’s extended trilogy, Warcraft stumbles with a hodge-podge story lacking either relevance or subtlety. You kinda get the sense the film is designed to look as cool as possible, setting aside humanity for frivolity and a sense of the ridiculous.

Fimmel’s Lothar is vaguely modelled on Aragorn (then again, aren’t most fantasy heroes these days), a warrior soldier with a streak of moral uprightness that conflicts with the nature of his career. Fimmel doesn’t seem too bothered by the ludicrousness of his position within the film, adorned as he is with silly looking armour and a frightening romantic interlude with Paula Patton’s fanged Garona. Patton comes across as a sexier Orc than the race might indicate itself capable of producing, while Durotan – a rumbling Toby Kebbell, well known as the mo-cap performer behind the villanous Koba in Dawn Of The Planet of The Apes – provides the heartbeat of the film’s emotion (such as it is). Durotan’s loyalty to his species is tested by an acknowledgement of the need to put aside differences with Men, and Kebbell’s conflicted portrayal is convincing even through the CG. Ben Foster has a whale of a time as Medivh, the sorcerer-slash-wizard doing his best Merlin impression, and providing the film with the showmanship no amount of clever CG can deliver. Dominic Cooper looks hilarious as the film’s King, ineptly clunking about in his crown and armour during various parts of the movie. 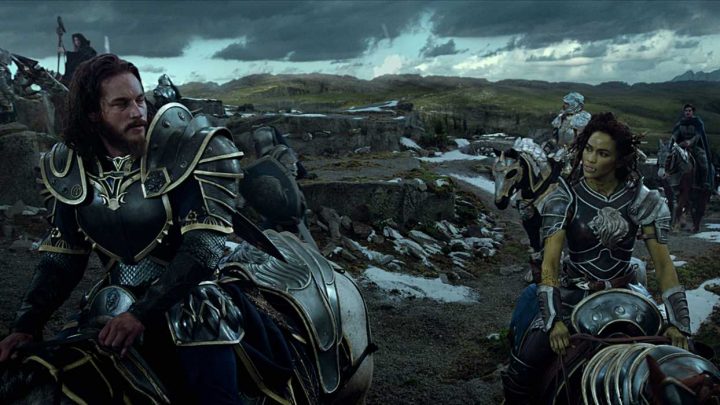 As a piece of cinema, Warcraft isn’t short of entertainment: the battles are frenetic and the magical effects do deliver. But the film feels disjointed, awash with contrived character conniptions lacking resonance with an audience struggling to understand who is what and where and how. Jones’ command of the film’s framework struggles to assemble any sense of durability beneath the pixels and pizzazz, a shallower Tolkien-esque world mixed with Terry Brooks’ Shannara saga. Portentous dialogue labours into pretentious, as if the film’s too-clever-by-half sub-plotting and narrative ligature is designed to be more resolved to ambiguity than clarity, simply for its own sake. You know Jones and Co are setting up a larger world here, no doubt hedging bets that the film’s success (it snagged half a billion at the box office, making it a commercial tick even through critically it got slapped down) and the film feels like it too much. For every new realm introduced to this massive landscape, the sense of grandeur somehow diminishes, diluted by overburdened fancifulness and wearisome nonsense inserted to no doubt hit fanservice a home run.

With an uneven tone and splendiferous sense of theatricality overpowering a tangible story worthy of appreciation, Warcraft doesn’t quite click on all cylinders for every moment, but it does just enough to remain engaging at a superficial, beer-n-pizza level. Wildly big-budget, wilfully thick with the franchise’s own backstory and lacking compelling characters in spite of the quality cast and superb visual effects, I doubt Jones’ epic has the staying power to become a genre classic as intended, but for a few hours it whiles away the time with a pleasant enough sojourn into a fantasy world vaguely similar to many others.