I guess this is why you shouldn’t accept random friend requests on Facebook. Heh. Proving once again that he’s Hollywood’s go-to Everyman jack-of-all-trades actor, former pro-wrestler Dwayne Johnson strides into outright comedy in Central Intelligence, a raucously amusing buddy-laughs flick pitching up-and-coming Kevin Hart alongside action’s current It Guy. Although sporting the typical set-up – a straight man and a motor-mouthed comedic sidekick – Central Intelligence swings large and wide in its quest for chuckles and actually succeeds in its mission. Yeah, its tropes arguably unglue late in the piece, and your tolerance for Hart’s screeching, nigh-incomprehensible delivery might wear thin soon enough, but with its heart in the right place and the balance between action and laughs working superbly, this is a fun film indeed. 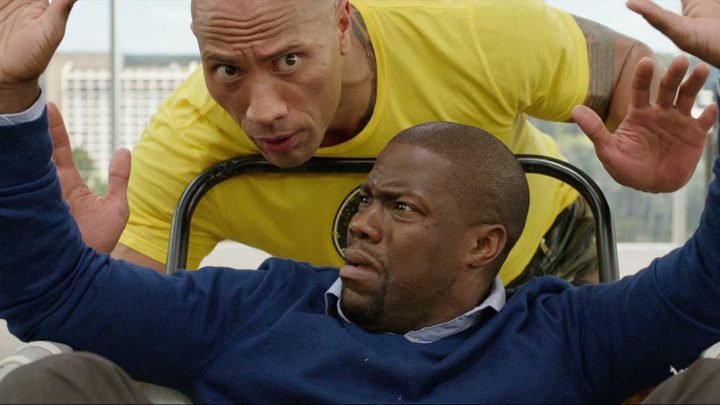 Former high-school superstar Calvin Joyner (Hart) is living the quiet life with wife Maggie (Danielle Nicolet) as an accountant, and not looking forward to his impending school reunion. After accepting a friend request on Facebook, Calvin is shocked to discover the school’s once-overweight bullybait, Robbie Weirdicht (Johnson), now a hugely muscular rogue CIA operative pursued by Agent Pam Harris (Amy Ryan). As he’s dragged into a covert CIA operation against his will, and putting his entire future on the line, Calvin soon finds his loyalty to his former school chum tested, as opposing arguments about Bob’s motives become manifest with clarity.

Let’s make this clear; Central Intelligence isn’t clever, nor is it a particularly intelligent film (despite the title), but it is genuinely funny, and that’s all I wanted. Combining the ever-popular walking charisma packet in Johnson with the often obnoxiously one-note Kevin Hart, himself a modern day Chris Rock-slash-Chris Tucker laughpoet, and you have a film that could have gone down the path of Rush Hour 3, but finds itself legitimately throwing out guffaws like nobody’s business. The film’s MacGuffin, Johnson’s search for the villain code named The Black Badger, is a thinly sourced way of getting the spy antics of the film’s premise into action, with both Dwayne and Hart bonding through shared close calls, escapes and espionage.

The great thing about any good comedic film like this, in which two “opposites” work together to a common goal, is the chemistry between the two leads. Johnson, working well within his comedic wheelhouse, plays it typically pleasant, never really stretching but always game for extracting a laugh even at his own expense. Johnson’s natural screen flair, honed on action like Fast & Furious, comedy like Get Smart and Tooth Fairy, and muscular inanity like Hercules, is hugely engaging here as he blusters and brawls his way through the spyscapades, accompanied by Hart’s engaging accountant-type Calvin. Hart, for some reason, actually isn’t annoying as he appeared in the trailer, his character the heart and soul of a film surprisingly touching in many aspects of its thematic through-lines. As the at-home married dude, he provides the viewer with an “in” to the film’s fantasy elements, and mostly he handles the insanity of it all with aplomb. Supporting cast like Amy Ryan, Danielle Nicolt and a short-lived Aaron Paul, as well as a number of nice cameo moments from Hollywood stars, round out what is a minor ensemble piece that junkets along on the back of the dynamic duo headlining this thing. 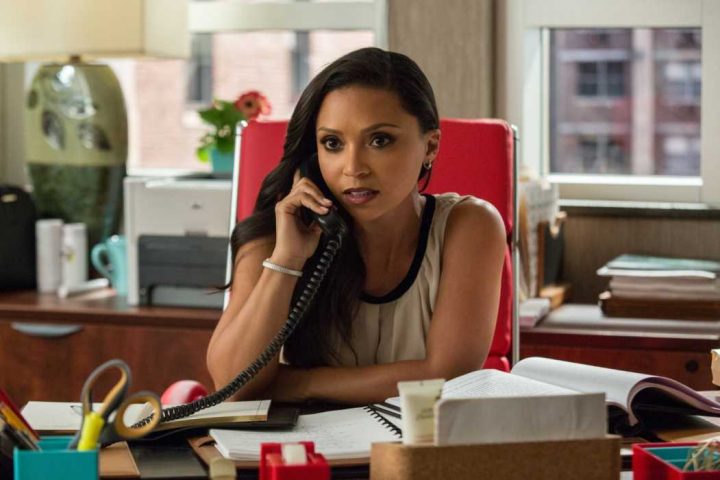 Look, Central Intelligence isn’t demanding, nor is it hugely memorable as a comedic masterpiece: it delivers plenty of nice giggles, has some minor action antics that’ll keep you from dozing off (you won’t doze off), and the rapport between Johnson and Hart is engaging enough to make me keen to see a sequel at some point. If that’s all I expected from this film, then it did its job well. Weirdly, though, the film is fairly sanitised for a wide audience, Hart having to restrain himself from unleashing the barrage of swears he has in his catalogue, while The Rock’s hulking frame and testosterone-injected GI Joe figurine simply bullocks his way through the explosions, gunfire and random fisticuffs with barely a drop of blood to be seen. The violence of the film is implied more than depicted (a throat-tearing scene late in the film is about as bloody as it gets, and isn’t gruesome as much as it is hi-larious!) and the gun-battles never seem to really… er, hit their marks, if you know what I mean.

That said, Central Intelligence is adequately exciting, perfectly amusing, undemanding buddy-comedy fare that isn’t offensive, actually has a baseline of considerable warmth, and never feels lethargic or (as most modern Hollywood comedies tend to be) ego-centric. Instead, thanks to Hart and Johnson, the film is a good old laff and a worthwhile way to kill a few hours without feeling like it’s time wasted.