So I’m still not sure how I should be pronouncing the title of this film. Is it “witch”, or “vu-vitch“, the phonetic version of the stylised advertising campaign and opening credits? Whichever way you choose to talk about this vvilm, it matters not the title, for the content is key here, and that content is fantastic. One of my favourite periods in American history is the spooky backdrop for this sublime, skin-prickling serving of Ye Olde Horror. Evoking the witch-hunts in Salem and the legendarium of America’s colonial mythology, The Vvitch is a stark, awful, magnificent, degenerately brilliant mind-f@ck of the type more established directors could only hope to make. 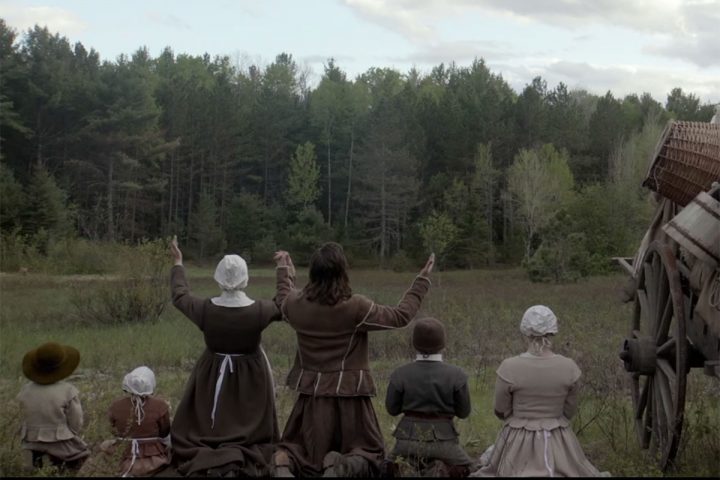 The Witch takes place in New England (basically, the states north of New York City) involving an excommunicated Puritan family who strike out on their own carving a life out of the wooded wilderness. After a newborn baby is stolen and murdered, the family – led by the father, William (Ralph Ineson), his wife Katherine (Kate Dickie), and their children Caleb (Harvey Scrimshaw), maternal twins Mercy and Jomas (Ellie Grainger and Lucas Dawson), and daughter Thomasin (Anya Taylor-Joy) – experience more and more possibly supernatural occurrences. Exceptionally religious, the family turns to their faith but it seems not to work, as their hellish life and melancholic existence continues to degrade.

Whereas the vast multitude of modern horror films eschew careful build-up and magnify the crash-zoom scares and editorial jump cuts, The Witch bucks the trend and spends a great deal of its time delivering things that audiences might feel they’ve missed – mood and atmosphere. A sense of oppressive dread hangs heavy over The Witch, from its razor-wire opening involving the family’s infant son, through its hardened living aspects, to its tingles-on-the-spine evil final act: this is a film that builds, builds and builds, landing some of the most beautiful landscape cinematography together with a weird, desaturated chroma style used to heighten the verbally challenging narrative.

I can see casual audiences being indifferent – maybe even averse – the The Witch’s pastorally thematic foundations. The language used by the characters is filled with thee’s and thou’s, a Shakespearean dialect that takes a bit of getting used to but really gives the story weight. Robert Eggers, who directs and wrote the script, has obviously done his research into the period, for the attention to detail not only in tone but Puritanism and the New England landscape (the film was actually shot in Canada, so props for achieving the right look!) is on-point perfect, and the film’s sense of subliminal horror as well as the overt is breathtaking at times. But The Witch isn’t an easy film to get into, it requires time and intelligent thought to accommodate its themes of faith, persecution, the supernatural. Most audiences will probably wonder if they’re watching the wrong film – it’s a shame a film like this will mainly appeal to cineasts and deep genre fans, with the more flittery viewer most likely switching off early. 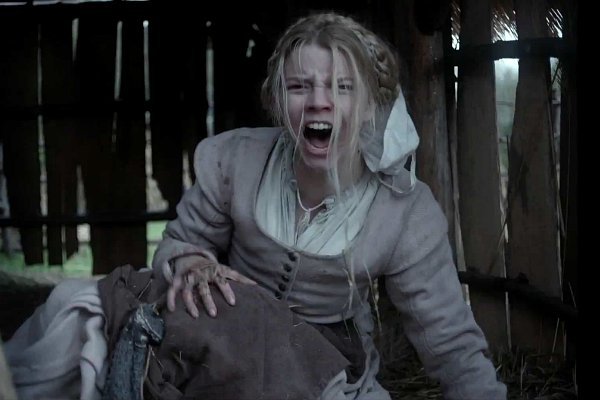 Boasting an impressive cast (Kate Dickie is the only one I actually recognised, from her minor role in Ridley Scott’s Prometheus) including some terrific newcomers (both Harvey Scrimshaw and Anya Taylor-Joy deliver performances beyond their years, Taylor-Joy particularly in the second half) The Witch uses its smaller ensemble to generate tension through internal squabbles and the inherent fear of surviving in the North American wilderness. Although the film does wobble a tad in the first half, particularly with the younger actors, the things find solid footing quickly and ratchet up the chills (there’s few real jump scares more than there are eerie, creepy moments of utter desperate ignorance and religious fervour) as our characters are put through the wringer. Eggers has drawn a magnificent performance from young and old alike; The Witch suffers no fools gladly in its stunning powerplay between father, mother and children – Thomasin in particular – and if you’re grabbed by its opening frames, you’ll likely remain glued to its final, withering horror.

Eggers’ film delivers an astute, intelligent, raw, truly horrifying venture into the mix of religion and ruinous faith, into implacable evil and the seeds of humanity failing. Restrained, often to the point of arterial rupture, The Witch’s DNA is infused with the spirit of Shyamalan’s The Village, a hint of The Crucible, and a dabbling of early Polanski. It’s a hauntingly evocative film, a beautiful, often creepy, atmospheric story delivered with sturdy direction and exquisite skill. It will appal, it will seem malignant, it will trouble the keen observer; as affecting a film as this I’ve not seen in more than a few years.