A lot of internet space has been utilised of late for discussion surrounding Paul Feig’s ill-advised-but-coming-anyway reboot of Sony Picture’s IP, Ghostbusters. Starring Kristen Wiig, Melissa McCarthy and….well, whoever, really, the film as attracted a lot of attention for being either a) unwanted, b) all-female, c) a remake or d)all of the above. Heck, I wrote an op-ed piece a while ago about this very film, although my focus of that piece surrounded whether we needed a remake of such a classic film franchise in the first place. Today, that discussion has shifted to whether or not men will watch the film because it’s got women in it, or whether people who aren’t interested in the film are misogynists. There’s a lot – yeah, a lot – of name calling and opinionising on Twitter, Facebook and all forums and comments sections as to why people hate the idea of a Ghostbusters remake/reboot, and whether sexism of any kind plays into the negativity surrounding it. To wit: here’s my view. 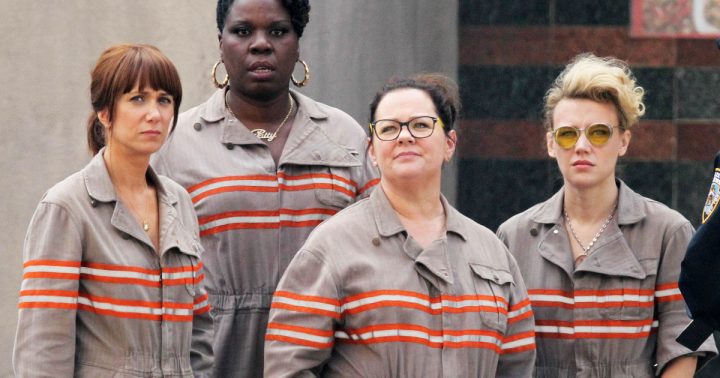 This year’s Ghostbusters is a film long in gestation, lengthy in protracted discussion with original stars, and naturally, blessed with the inclusion of my personal acting albatross, Melissa McCarthy. I’ve made no secret of my contempt for McCarthy as an actress: her performance style is asinine, her humour repugnant and her manner of the kind I typically find myself avoiding. I’m sure McCarthy is a perfectly pleasant person in real life, and from what I read is the utter opposite of her on-screen persona. But I’ve never sat down to lunch with McCarthy, nor do I have her number in my phone, and I don’t follow her on Twitter, so the only thing I can base my opinion of her on is how she does as an actress on the screen. And I’m not that impressed. (Although Spy was a good start)

Does my intense dislike of her make me a misogynist? Does her inclusion in Ghostbusters, and my disinterest in seeing it because of her, make me a misogynist? Hell, I hate Adam Sandler with a passion and nobody’s called me a misandrist! The phrase “misogynist” is bandied about these days like it’s a crime to dislike something without disliking everything similar. Just because I dislike McCarthy and the projects she’s involved with automatically makes me a hater of women? (That’s the definition of misogyny, look it up if you like…) I love women! Hell, the best kind of porn includes women, so there.

I jest, of course, but there’s a verbal section of Ghostbusters defenders who suggest that actively avoiding Ghostbusters and “hating on it” is somehow meant to say I hate all women. Fuck off. No it doesn’t. People who suggest that had the film starred a bunch of popular male actors it wouldn’t be garnering the hatred it has been – I’m sure there’s truth to that, because no doubt a lot of fanboys can’t handle strong women in strong female roles, but let’s look at this objectively, shall we? 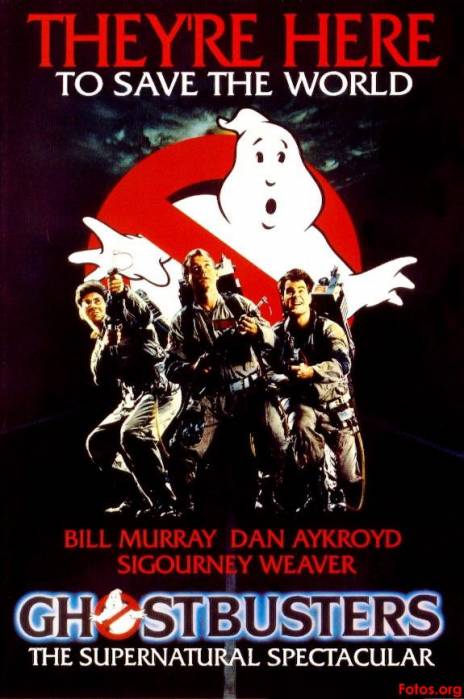 The only people who wanted a Ghostbusters sequel are fans of the originals, and it’s long been a fact that people really only wanted a sequel so long as it starred the stars of the original films. With tension between Dan Aykroyd and Bill Murray continuing to dog production, poor Harold Ramis up and dying a while back, and everyone forgetting about that not-Eddie-Murphy black dude in it, it seemed like the possibility of getting the band back together has passed us by. Perhaps we should have been happy with one great and one pretty good film in the series, and left well enough alone. Not to be outdone by fan disinterest, and perhaps because they’re desperately scrambling to find an IP they own the rights to that could be mined for more coin after the clusterfcuk of a hack/leak which saw them basically hand back Spider-Man to Marvel, Sony greenlit a Ghostbuster reboot anyway, and gave it to their resident comedic muse Paul Feig and his desperately unfunny wife. Cue fanboy nerdrage.

The rage wasn’t so much directed at Feig’s decision to go all-women for the reboot, or the fact that the film paid absolutely no homage to the original films (from what I understand the new film doesn’t acknowledge the original movies), but that the reboot was happening at all. Remaking films is common in an industry so inept at creating new material when it can simply recycle, that we’ve kinda become deaf to the buzz around whether films seen as “classics” deserve to see the modern touch-up. Don’t forget, nary a word has been spoken about the upcoming remake of Ben-Hur, a film most likely to turn out as ordinary and stupid as that gosh-darn Total Recall and RoboCop double-act did a few years back. But Ghostbusters is different, somehow. For some reason, this remake has touched a nerve in film circles, with fans deciding that of all the available properties to stick the Mediocrity Knife into, Ghostbusters wasn’t the one to touch. Remember that amazing remake of Point Break? Nah, me neither, and I’ve seen it.

I don’t hate the idea of a Ghostbusters film because it has an all-female lead cast, or usurps the original films by effectively sweeping them into the realm of obscure quiz-night answers; I hate the idea that a film series of such high standing, of such classic iconography and of such unassailable greatness can be treated like a poor retarded cousin. And that’s what Sony have done. I have no idea if Ghostbusters (2016) will be a good, great or terrible film. Truth is, in spite of all the casting, terrible trailers and horrendous online dissection of it, I really just don’t care about it. Not only has the franchise had its day, but in trying to bring it into the modern era, Sony have fucked a pig to death here. James Rolfe’s essential video blog of why he won’t bother seeing it rings true for me. As much as I have to admit that as a film critic I do see a lot of bad films by choice, but you know what? I also have the choice not to see them.

And I choose not to see this one.

Afterthought: Given Hollywood’s rush to go the all-female-remake genre, the upcoming Ocean’s 11 remake (yeah, you read that right) is another one I’ll most likely skip unless it has Alexandra Daddario and Eva Green in it. Otherwise…. blech. Not because of it’s “all female” cast, but because IT WAS ONLY REMADE A FEW YEARS AGO ANYWAY! Obviously, the idea that we can remake remakes only a few years after the remake is the fruit of our continued rebooting of Spider-Man over the course of a decade.

7 thoughts on “Why I Probably Won’t Bother With Ghostbusters Either….”