It remains one of the biggest scandals in sport, certainly in modern times, if not ever. Seven-time Tour de France winner Lance Armstrong’s world came crashing down in 2012, when the US Anti-doping Agency found him culpable of using performance enhancing drugs throughout his career, a result which saw him stripped of his titles and records, but also saw the Foundation set up in his name to distance itself publicly as he became the subject of intense media focus. Basically, the man who conquered every challenge throughout his cycling career had cheated the entire time, the cataclysmic result of which continues to be felt throughout the professional world of competitive cycling. The Program is based on the book “Seven Deadly Sins,” by English journalist David Walsh, which detailed a decade-long investigation into the validity of Armstrong’s seven Tour de France titles, with Walsh convinced the feat was achieved using steroids of some kind. 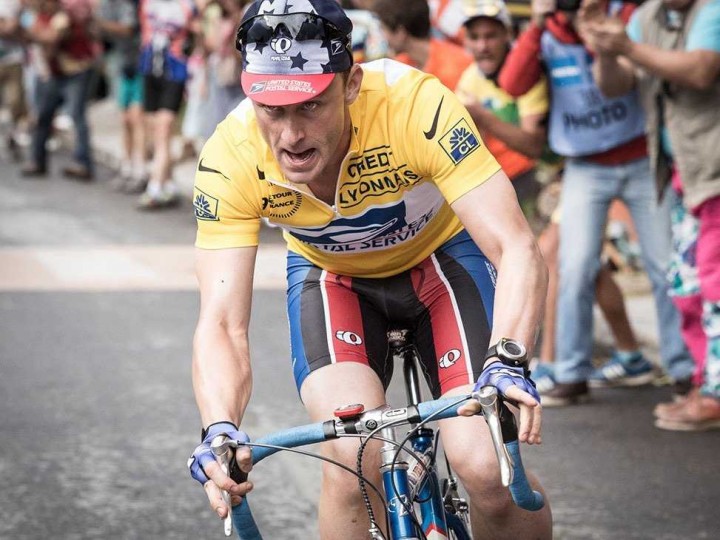 Lance Armstrong (Ben Foster) is an up-and-coming cyclist on the world circuit, although his success is largely restricted to the United States. Joining the professional riders on the prestigious Tour de France, Armstrong is told that his body is not suited for the multi-stage style of racing; he looks to Italian cycling coach Michele Ferrari (Guillame Ganet) for “assistance” in the form of drugs to enable him to compete at a higher level. Armstrong’s success in a sport almost buckling under the weight of previous doping allegations and cases brings the focus of UK journalist David Walsh (Chris O’Dowd), whose ongoing investigation into the rider’s activities and underhanded methods soon threaten to rip the sport open once again.

As somebody who abhors physical activity – oh, I enjoy watching other people engage in it – I’ve always suspected professional cyclists as masochistic psychopaths. I mean, the Tour de France is a torture test of endurance and stamina, and seeing those blokes powering through some of the most aggressive road terrain ever devised is both admirable and kinda scary. To do it, you have to have a certain mental toughness. I live in Adelaide, where we have the Tour Down Under – not quite as prestigious as the French race, but definitely tough considering it takes place in the scorching heat of the Australian summer, and I’ve witnessed just how muscular and toned, dedicated and on-the-edge these guys ride. Lance Armstrong’s story is an opus of excess, of deceit (on a scale hitherto unimaginable) and of high-risk; I guess when you bet big, you risk losing big.

The Program basically retells the story of Armstrong’s rise to Tour greatness through unabashed cheating – the film makes no bones about the man’s deceit, all but running the gauntlet of doping testing by cycling authorities on an almost daily basis – and his eventual fall, one of the most spectacular in sporting history. Ben Foster’s performance as Armstrong is not only physically demanding (according to reports, Foster actually used EPO’s to gain an understanding of what they did to his body during filming) but also as typically intense as the actor’s other roles. I’ve stated in previous reviews that I think Foster will one day win himself an Oscar; his committment to roles and characters is second to none, a younger Daniel Day-Lewis of chameleonic quality who transforms himself utterly for a film. His work as Armstrong is top level acting, a white-smiled media savvy athlete whose ability to hoodwink the public while blatantly cheating his way to the top if utterly jaw-dropping in it’s audacity for the simple fact that it’s a true story. Not a partially true story – and actual, everybody-knows-what-happened true story.

Stephen Frears’ film works well on a number of levels: on one hand, it’s a remarkably relaxed look at Armstrong’s rise and fall, a bullet-point “greatest hits” parade of key moments in the introduction of his doping regimen to the publicity surrounding his eventual confession on Oprah and the satisfaction of knowing the greatest sporting cheat in history finally got what he deserved – the public embarrassment of having his Tour de France titles stripped from the record books is perhaps the most savage blow to Armstrong personally (suck eggs, I say) and the man has all but vanished from public life in the time since 2012’s astounding revelations. Frears pulls no punches in portraying Armstrong as the ringleader of the US Postal Service Team’s drug policies, depicting Lance as a ruthless, arrogant, entitled asshole who… if you’ll pardon the pun, rides roughshod over all who stand in his way. In some respects, cancer was the saving grace for the man for so long, given nobody could think a man who had beaten testicular cancer capable of putting substances into his body that could do further damage, so the “cancer card” came into play on more than one occasion. 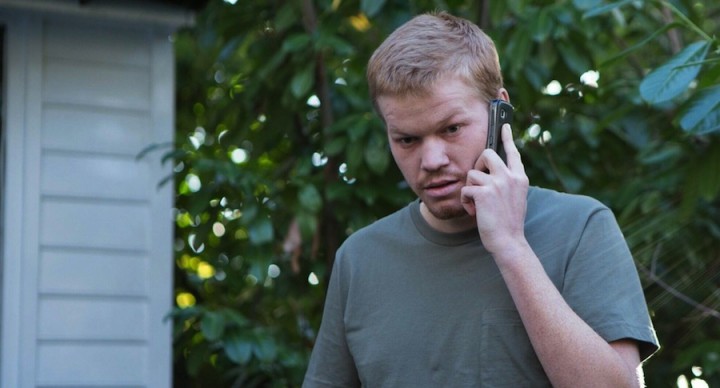 If the film does falter, it’s in the depth of its ability to really delve deeper into why Lance Armstrong did what he did. The surface story we all know (or could, if we Googled the scandal at any point) but one key issue Frears can’t overcome is understanding exactly why Lance became so tragically usurped by his own arrogance. The determination and drive he had to succeed is good to a point, but there’s no real depth to that drive, no motivation beyond simply depicting the events in a pragmatic, soft-focused manner. The Program doesn’t really dumb itself down for audiences either, with a roster of characters based on the real ones – Jesse Plemons portrays disgraced former Armstrong team-mate and eventual Tour de France winner (and fellow drug cheat) Floyd Landis with that sense of fragile conscience bearing the weight of guilt, and his admission of guilt to doping officials marked the turning point in the case against Armstrong – you have to keep up on your own. Bit parts to Dustin Hoffman and Chris Larkin, as well as Lee Pace as Armstrong’s lawyer Bill Stapleton, provide gravitas to a film that doesn’t so much rip off the scab of Lance’s scandal, but merely lifts the band-aid and peeks into the dark a little.

I really enjoyed this film, mainly due to the wonderful performances from a cast selected by a director who knows exactly what he’s doing – Frears’ work here is solid and workmanlike without really slicing the tendon of truth from the bone of controversy (to mix several metaphors). The Program is biographical to a fault without giving us more than a cursory, play-by-play momentary glimpse into how far Armstrong fell – led by Ben Foster’s gritty portrayal of the man, the film rides high but, for the most part, offers only scant insight we’ve not seen before. For a better film about this subject, the documentary The Armstrong Lie, is definitely one you should watch for a greater understanding of just how much human wreckage Lance left in his wake, while The Program is the abridged, Reader’s Digest version. It’s still good, but it could have been great.