Regular readers of Fernby Films™ will be aware of our ongoing commitment to spread the good word about Aussie web-series Starting From Now, now currently in its fourth broadcast season (online and on Australian terrestrial television station SBS2). You can read my thoughts on the show’s first three seasons here, as well as another follow-up article praising ourselves about being LBGTI friendly. I swear that acronym gets larger every time I turn around. To say my expectation was high for the return series of SFN is an understatement, and I followed production of the series’ fourth and fifth seasons – filmed as one – via the show’s social media accounts; to reiterate, Starting From Now is a breath of fresh, dramatic air in the often stale production value given to many locally produced “dramas”, and surrounding its lesbian-centric quartet of actresses is a rapidly increasing roster of supporting talent that brings even further breadth to writer/producer/director/genius Julie Kalceff’s small-budget production.

For the purposes of this article I’ve tried to remain relatively spoiler-free: if you’d like more in-depth information you’re gonna have to actually watch the show!

So, Season 4! When we last left our favourite dysfunctional lesbian quartet, Steph (Sarah De Possesse) and Darcy (Rosie Lourde) had gone their separate ways, with Darcy apparently needing space to figure stuff out (probably why her wine bottles kept emptying so quickly) and Steph left in the void of her departure. Emily (Wyrmwood’s Bianca Bradey) was giving everyone the silent huffy treatment because she’s been treated like the second-hand bike rack for the others to park themselves during an off-moment, while Kristen (Lauren Orrell) treated us to an orgy of booze, drugs and self-abuse that left her career in tatters, and her plans for a family in the abyss.

It goes without saying that I’m a massive fan of this show (granted, I’m not exactly in its demo given I’m a middle-aged, white, happily married heterosexual father of two) and the actresses involved are all eminently awesome (I have a mad crush on Rosie Lourde, let’s get that out there), but the truth of the thing is that the show succeeds not because of its premise of even the performances, but rather the writing. Julie Kalceff’s on-point scripting has lifted a notch with season 4, flexing itself considerably thanks to a larger supporting cast allowing more dynamics to mix into the series. Kalceff wrings the awkward from every moment she can, virtually from the get-go in season 4’s luminous opening episode, where we see poor Kristen finally leaving her counsellor to return to work as a glorified receptionist at a law firm, where she meets new senior barrister Rachel Wallis (Julia Billington), who recognises her from a previous night out on the town where Kristen was completely wasted. Totes awks, all.

Then there’s poor Steph, who would appear to still be working at an advertising firm but living with Chris (an absolutely hilarious Harvey Kaska Zielinski), who gets far more sex from both men and women than Steph appears to be (much to Chris’s concern!). On a night out with Chris, Steph bumps into Emily, who herself is out with current beau Bec (Clementine Mills), and Steph realises that she still harbours feelings for Em going back to when she was with Darcy. Oh, so complicated. Getting home from a night on the town, Steph, Chris and Chris’s latest one-night-stand find the recently returned Darcy sitting on their doorstep – cue another awks convo in which Steph tells Darcy she can sleep on the couch but must be gone by the next evening. Also bubbling away is the potential ignition source of angst when Bec suggests Emily movie in with her – making their relationship status “official”.

And this is just Episode 1!

The problem (yeah, I’m all Negative Nancy this paragraph, go suck it) with a show this good is that it’s never long enough. Each 10+ minute episode (the episodes ran on SBS’s commercial channel with each ad-break coming between an “episode”) barely seems to get going before we’re at the end again, which is frustrating (in a good way) because it means not only are the actors doing their job, but the writing is superb once again. Several articles I’ve read (and even interviews with Kalceff herself) have suggested the show’s “soapie” nature is designed to draw in viewers (it’s working) but I think there’s an undercurrent of feminine sexuality and palpable frisson to the relational motives that seem to click when the key cast get to work opposite each other. For season 4 that seems to be Steph and her will-she-wont-she subplot with Em, and her “go sleep on the couch” relationship with Darcy, who at one point sports a backpack to leave like she’s climbing Everest before delivering one hell of a savage backstory revelation in the final episode, while blessedly Kristen’s life appears to be ever so slowly getting back on track. Poor thing, she needs to clamber back onto the Sober Wagon lest she slip and fall between the spokes. 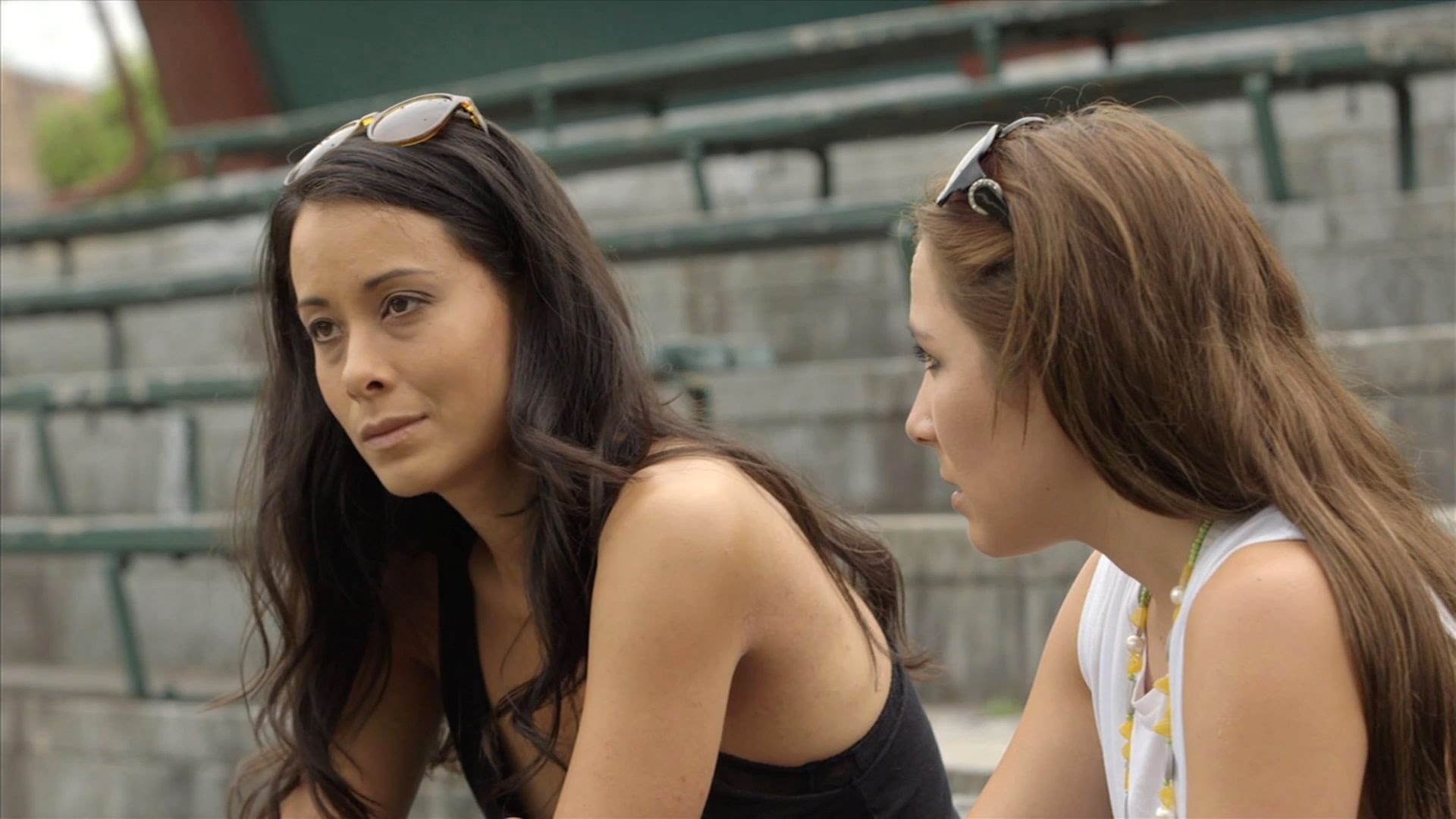 In keeping the somewhat melodramatic nature of the series’ relationships to a minimum (something I think worked exceptionally well in the first two seasons at least) Kalceff and her producing partner Rosie Lourde have achieved something pretty special here; a show that works as a pure character-driven piece that doesn’t feel like you’re waiting for Ramsay Street’s regulars to waltz across in the foreground. Keeping the show grounded in a sense of adult reality, particularly, is paramount to making these characters continue to feel believable and relatable. Does it work perfectly every single time? No, I’d say there’s some issues around character behaviour that seems out of kilter with what we’ve seen before (Emily’s sniping of Bec when the living arrangements are made public is case in point) but generally, Kalceff continues to mine these women’s distinct personalities for all the drama and humour they’re worth.

Make no mistake, Starting From Now is ostensibly a drama (Steph and Darcy see to that) but it’s laced with subtle, gentle laughs that never get in the way of the serious side of the show. Harvey Zielinski in particular is a scream as Chris, one of the most naturally gifted performers I’ve seen on the screen in this series to-date, and definitely a “side-kick” role I’d love to see more of. Julia Billington strikes me as somebody who’ll have a hate-love relationship with Kristen, and  probably be a way for the latter to get over her downward spiral following the breakup of #Darsten. Clementine Mills strikes me as an actress who should be in more stuff than IMDb gives her credit for. She’s not only gloriously luminous against Bradey’s alley-cat prowl style, she lights up the screen whenever she’s on it simply by being on it. Few actresses have that natural radiance without some substantial surgical intervention – Mills appears to have it genetically inbuilt.

The chuckles come from a great sense of irony and timing; Kalceff and her editing team have done a great job not only giving the actors some delightful moments of levity but the show an edgy energy to the lesbian lifestyle as well. Not that it’s overt that these women are lesbian – although it’s mentioned out loud for the first time in the show I can recall during a dinner scene midway through the season – it’s just accepted as fact. I wrote once that the show doesn’t use its lesbian or gay themes as a crutch for telling the stories, the characters come first and their sexuality second, which was part of the propellant for Starting From Now!’s success as an Aussie production. Kalceff writes these characters as people only, reliant only on their sexuality simply to provide emotional weight to relationship issues that come up, rather than being the cause of that emotional weight. It was immensely satisfying for seasons 1 through 3, and it continues to be in season 4.

The show has marketed its latest season with the line “The past has a way of catching up with you…” which is apropos to the time jumped since we last saw these characters. Given the gap in time between the end of Season 3 and this season, the character have had time within their own contexts to “move on” with their lives, and this is a canny decision by Kalceff to give them (and us, I guess) space from the events of “the past” with one eye firmly on the future. I’m not always a big fan of time jumps in ongoing narratives, as I often find the filling of that gap in backstory after the fact to be usually used as “shock factor”, but I’m going to give Kalceff the benefit of the doubt and trust her not to pull an illegitimate child out of the mix somewhere down the track. What the three month break means for our characters is that they’ve had time to grow as characters, and this simply means more grist on the bone of dramatic narrative whereby the conflicts and angst between not only the four leads, but also the supporting cast, have to work to gel back together again. Season 4 has a familiar tone to it, but that tone is offset by a difference in each of the characters. If that makes sense. 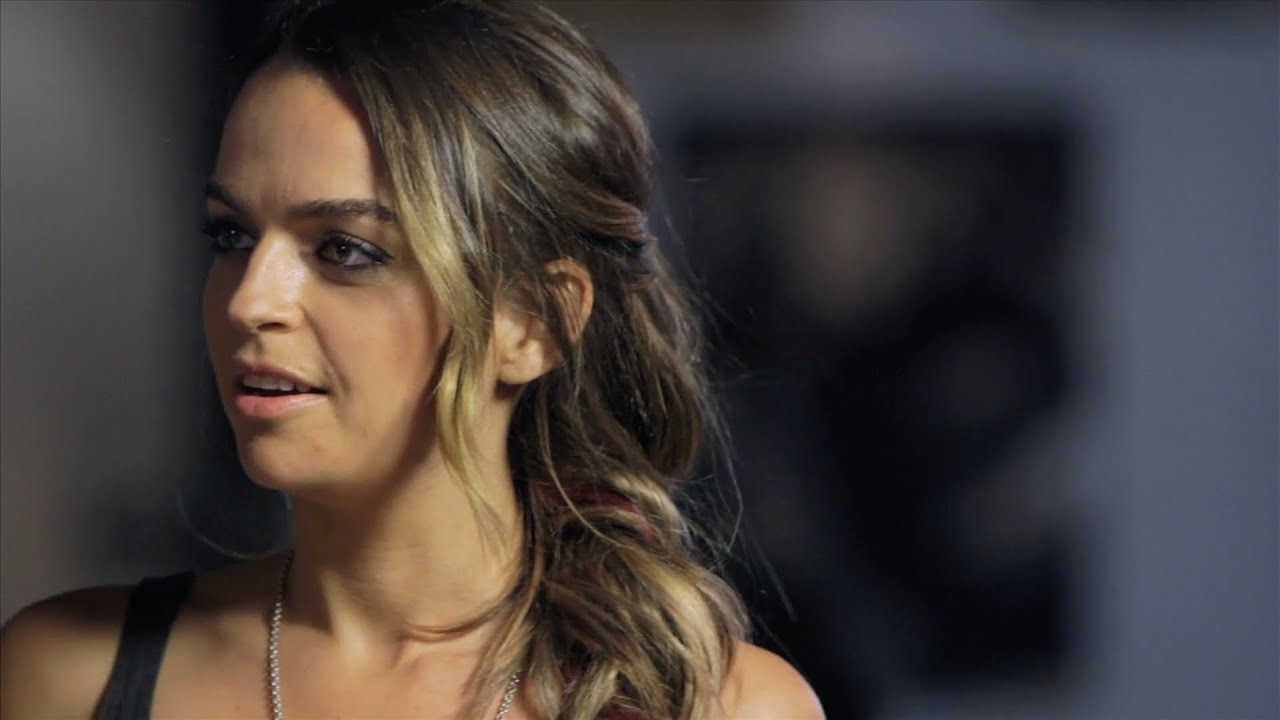 One of the key issues I’ve had this season is exactly why Darcy left Steph in the first place, and why she’s developed this self-destructive personality Kalceff has written for her. As Season 4 progresses, Darcy’s behaviour echoes that of Kristen’s last season, in which a spiral of drink, sex and – gasp – drugs plays a significant role in forcing the character to confront, and offload, her personal demons, in one of the series’ best scenes to-date. Major props to Rosie Lourde for delivering a devastating revelation with heartbreaking truth. Although the majority of the exposition in this area comes late in the season, and the build-up to it lacks the energy of past seasons until the final coup de grace of horror, when Darcy’s “moment” arrives there won’t be a dry fan-eye in the house. The revelation also gives rise to questions about Darcy’s frosty relationship with her mother, and how much more complex their relationship might be thanks to issues the plot device throws up. If nothing else, Darcy’s revelation is indicative of this season’s tagline… 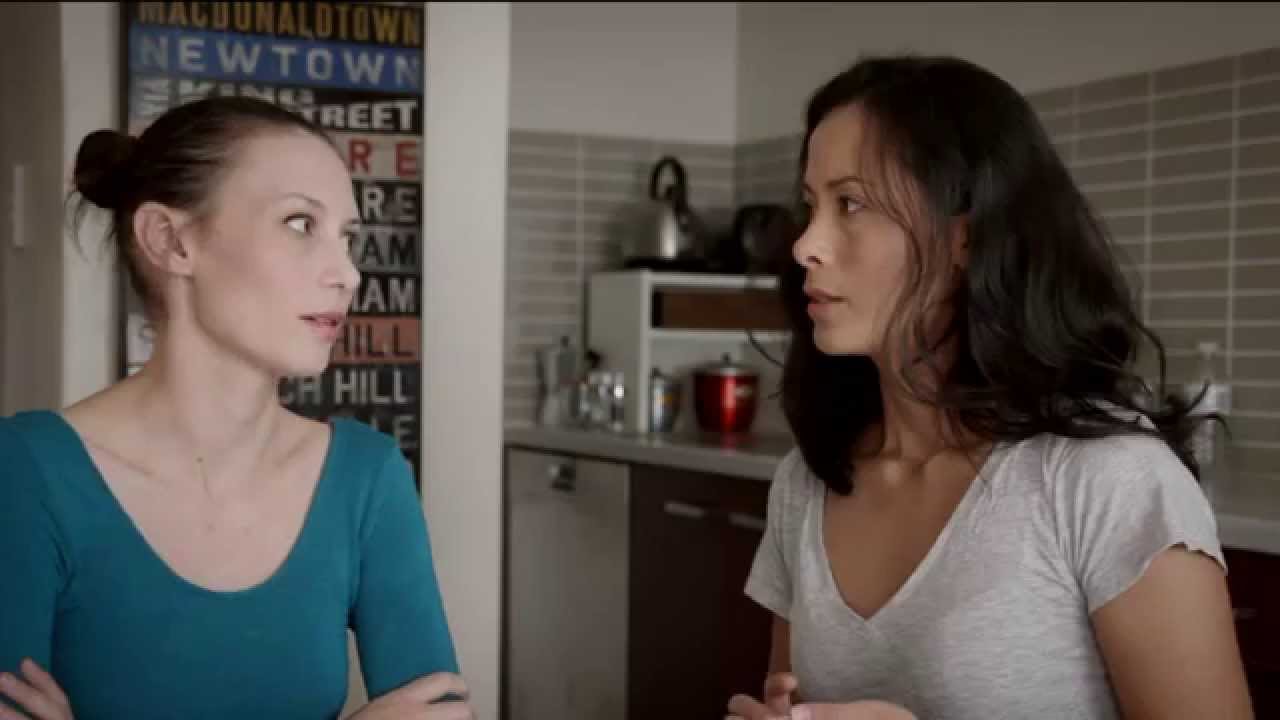 It’s great to have this quartet back. Long-time fans of the show will relish catching up with the inexplicably absent Darcy (gone for months, apparently), the newly coiffured Steph, the “settled down” Emily, and the sarcastic Kristen, who seems to be modelling her law career much the same way Bernard Black went into book sales. Newcomers to the show will need to visit the show’s website to watch (or re-watch) the earlier seasons, which will provide context for a lot of what’s happening here. Season 4 is a benchmark level for the Aussie series, and I can trust that the fifth season (online release date TBC at time of publishing) will continue the pedigree to which I’ve become accustomed.

At the very least, my SFN drinking game will need to improve.

All images © Starting From Now.