Hard as it is to believe, but The Kid marked the first feature director credit for Charlie Chaplin, then one of Hollywood’s biggest silent film stars; since his acting début in 1914, and crossing multiple studios working primarily in short films, The Kid’s visual, comedic and dramatic brilliance stems from Chaplin’s innate sense of character and story. Featuring the début of soon-to-be child star Jackie Coogan (who would become a pop-culture icon in the 60’s as Uncle Fester in The Addams Family), The Kid sees Chaplin become a father-figure for an abandoned child he takes under his wing in their window replacement scam, while the child’s mother pines for him through the years, never knowing how close they are geographically. At times uproariously funny, at times moving in its paternal hand-wringing, The Kid rightly ascends the throne as one of – if not the – greatest silent films ever made. 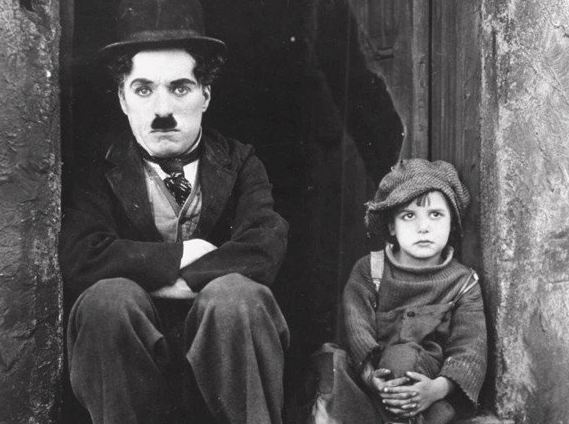 An unmarried woman (long-time Chaplin ensemble stalwart Edna Purviance) abandons her young baby in the back seat of a well-to-do vehicle, assuming the rich owners will care for the infant. However, the car is stolen, with the thieves leaving the baby on the street, where it is discovered by a Tramp (Chaplin), who, through a series of attempts to dump the kid, ends up adopting him as his own. Years later, John (Jackie Coogan) and the Tramp work a window replacement scam through the city – the kid breaks the windows of local establishments, whereupon the Tramp just happens to wander past with glass upon his back – this scam is seen to by the authorities. In the meantime, the woman and the child’s father (Carl Miller) search for their abandoned offspring; the authorities soon learn that the Tramp is not John’s real father, and try to separate the pair.

The Kid works on so many levels, it’s rediculous. For its brief 50+ minute runtime (the film originally screened at 68 minutes, but was trimmed by Chaplin – with a new score – to its current length in 1971, which is the print we saw) The Kid tackles an enormous number of themes and narratives. Abandonment, ownership, family, the father-son bond, and a slew of social and racial sub-plots that Chaplin inserts into one of the most astonishingly moving silent film efforts I’ve ever seen.

Chaplin effortlessly brings the audience to near-tears, as Coogan’s cherubic portrayal of the Tramp’s “adopted” son worms its way into your heart. Neither obvious or arrogant, Coogan is just a rapacious little tyke being led astray by Chaplin’s good-natured Tramp character. The thing the film manages to accomplish within such a short time is to make us love these characters, to invest in their plight, and although not a word is spoken, the delivery by Coogan (in one of the film’s most heart-wrenching scenes, the Kid is removed from Chaplin’s care by welfare officers, and the child actor delivers a thoroughly moving sense of terror at the prospect of never seeing his “father” again) and Chaplin is sublime. Chaplin, as is his wont, directs a load of fourth-wall-breaking glances direct to camera, acknowledging our presence and expressing his surprise and disdain at what we’re forced to witness. We – the audience – act as his emotive sounding-board, and he plays it perfectly. 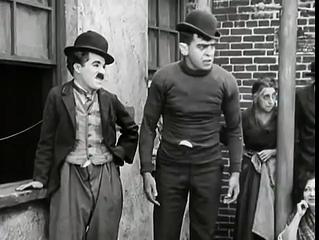 The Kid is primarily a series of set-pieces allowing Chaplin to do his comedy shtick, but unlike, say, a Looney Toon, this film’s segue between sequences is fuelled by an innate sense of duty and protection towards the young child, and it’s here the film draws it’s dramatic strength. At no stage mean-spirited, The Kid’s vagabond aesthetic and brow-beaten setting seem almost indifferent to the actions of both Chaplin’s Tramp and Coogan’s Kid. Both seem to revel in the slum setting, a dirty, dank, heavily policed part of the city that would typically see a child working in some kind of sweatshop, yet they easily subsist on their meagre earnings from the Tramp’s scam. There’s a joy in their lives – as simple as they live, there’s no malice or regret that things haven’t turned out better.

Sequences to watch include an early encounter between the Kid, the Tramp, and a policeman who cottons onto their scam – the sequence is built on the physical comedy Chaplin brought to his films, and this scene is indicative of just how impressive his creative skills were, to balance both an empathetic, genuine bond between the two and a sense of impish joy with such delicacy, is one of the film’s most charming traits. A brawl in which Coogan fights a local bully’s son, after which the Tramp and the bully square off, is an absolute scene-stealer moment for an uncredited Charles Reisner, who appears to be wearing a muscle suit under his clothing (he looks like Quasimodo after a few shots of steroids!) and his on-screen brother, Ray Lee, who both work well opposite the film’s obvious stars. 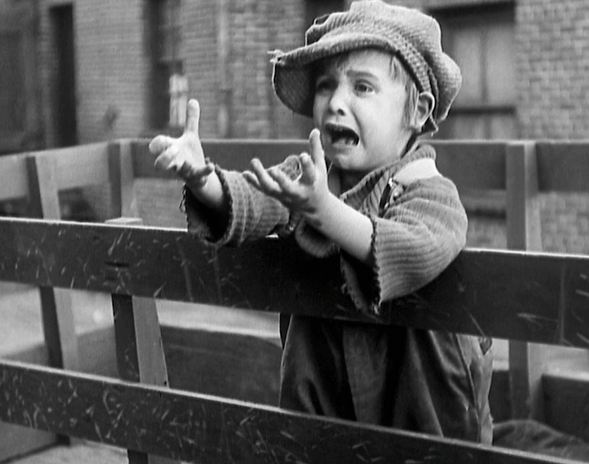 The real wrenching scene in which the Kid is removed from the Tramp’s care, and the one in which Coogan proves his acting mettle, is immediately followed by Chaplin’s desperate rooftop chase as the welfare vehicle drives away, and the moment of the pair’s reunion is both endearing and satisfying. If a single scene can grab an audience by the scruff and drag it wholesale into the plight of these characters, it’s this one – although I only have a limited experience with silent films to-date, I can honestly say this scene alone is one of the best screen moments I’ve ever seen in film – silent or otherwise – which is saying a lot because I’ve seen me some films in my time. The Kid is a revelation; as my first encounter with Chaplin as a film-maker (yeah, I’m ashamed to say I’ve not seen a film of his prior to this) I cannot believe it’s taken me so long.

The Kid is, and I say this without any caveat, essential cinematic viewing. Fans of film deserve to see this – nay, they need to actively seek it out – because it’s that good. Captivating, effortlessly funny and affecting at the same time, The Kid is one of those joyously infectious films you can’t wait to recommend to everyone you meet. I was chuckling almost constantly, mainly at Chaplin’s screen presence, and the film’s set-pieces are spit-polished gold. A brilliant, brilliant movie.