The Hunting Ground works on the premise that many of America’s Universities actively work to suppress reports of sexual assault and rape within their campuses; controversial, and utterly horrifying, it strips bare the bright, glitzy portrayal these establishments showcase to prospective students with a powerful, searing indictment on a blight on the US education system. And it’s all about status. 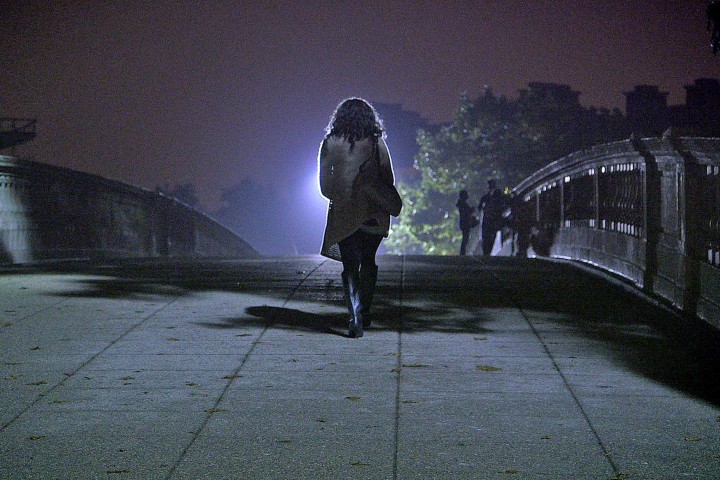 Producer pair Kirby Dick (who is credited as director as well) and Amy Ziering’s documentary on continual sexual assaults on school campuses is one of those white-hot hot-button issues that has remained largely hidden from public scrutiny by ostensibly head-in-sand cover-ups and victim blaming by a variety of faculties across the United States. To say this is a hell of a film is to understate the disgusting, abusive, misogynistic repugnance that comes with fraternity packs and athletes on scholarships. College campuses are filled with alcohol and drugs, and young women often find themselves on the receiving end of date-rapes and pack-rapes, usually with an utter lack of concern by the University, who will normally try to bury the report, or distort it to reflect badly on the victim instead.

As a parent, to watch a film like The Hunting Ground is something that fills me with anger and fury; were this to happen to my daughter, there’s no telling what I’d do as a retaliatory strike were my daughter’s school to take the stance a lot of the American universities seem to, which is one of utter indifference. Woman after woman, after woman, as well as a small number of young men, step forward to tell their stories of abuse and assault that some have tried to say is somehow biased or erroneous. All I can say to that is: the sheer volume of people all saying the same thing would disprove any kind of bias or agenda – this is a real problem for American educational institutions, and need attention on an urgent timeframe.

Watching the interviews is harrowing indeed. The filmmakers focus purely on the events these women suffered through, with almost little backstory to their personality other than the retelling the events of each specific case, and the subsequent failure by anyone in authority to achieve a satisfactory outcome. Statistics don’t lie (although they can be skewed, I guess), but it’s hard to counter the horrific statistics presented to the viewer from the ledger of reported rapes compared to expulsions or criminal charges. Anyone who says there’s always some women (and men) who falsely claim rape – okay, but that doesn’t mean all of the women here are lying.

The Hunting Ground is a film so repellent in nature to men who prey on women with drinks or drugs, it should be mandatory viewing in collegiate dormrooms and as part of a student’s induction. The film is also throwing open the door on establishment incompetence on a scale unimaginable, and no doubt the blowback will be extreme from both the Universities, but also the fraternity system and athletic programmes the nation over. As it should. This is a film designed to infuriate, to shock, to cast a white, unblinking light into one of the American education system’s most abhorrent secret. Essential viewing for everyone.