With its portentous poster tag being “The maze was just the beginning”, I seriously had to question why that needed to be the case. Although the hugely popular books remain.. er, popular, the film versions of this story continue to disappoint. The Scorch Trials, the sequel to 2014’s The Maze Runner (only now, missing the “The” at the beginning, because who needs titular compatibility, right?) sees the characters of the previous film released from the maze and now journeying across the blighted Earth on some kind of harrowing mission. I got all that from the poster, because frankly I’d forgotten what happened in the previous movie, and I’m too dang lazy to read my own review of it. Anyway, a genre of film I’m obviously not the target demographic for (because I’m neither young, nor hot, nor keen on dystopian “adventure” films that have begun to all look the same) spews forth its obligatory sequel – perhaps this is a “middle film”? – with the kind of pernicious mediocrity I’ve come to expect from many YA franchises these days. Neither exciting nor memorable, The Scorch Trials merely blends into the hollow, sadly uneventful cookie-cutter clone wars these films have slowly become. While The Hunger Games is gathering pace (ha!) to finally come to a much awaited end, and the Divergent series continues to confuse everyone, including the people in it, The Scorch Trials labours to differentiate itself from the pack and fails utterly to do so. 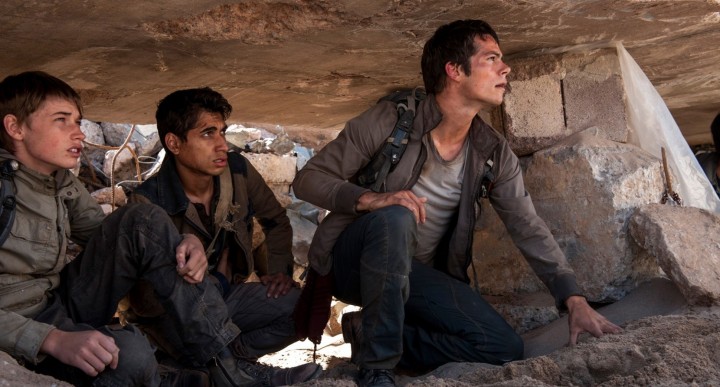 Plot synopsis courtesy Wikipedia:  Shortly after being rescued from the maze, Thomas (Dylan O’Brien) and the remaining Gladers – Newt (Thomas Brodie-Sangster), Minho (Ki Hong Lee), Teresa Agnes (Kaya Scodelario), Frypan (Dexter Darden) and Winston (Alexander Flores) – are taken to a facility run by Mr. Janson (Aidan Gillen). He explains that the facility is a safe haven, protecting them from WCKD, the Flare virus and the Cranks, and provides them clothes, food, and sanitation, where other survivors of multiple mazes are also present. Thomas becomes curious about their activities and manages to find out what is really happening behind the closed doors. With help from Aris Jones (Jacob Lofland), the first maze survivor to end up in the facility, it is revealed that WCKD’s leader, Ava, is still alive and that Mr. Janson is working for WCKD, as they discuss about the experiment on the Immunes and that Janson has yet to find The Right Arm, a resistance group located at the mountains. The group, including Aris, escapes the facility, as Janson orders his WCKD troops to track them down, where they find themselves in the deserted outside world – the Scorch.

It’s fair to say I went into The Scorch Trials with exceptionally low expectations. I’m usually one to give a film a chance, but the fact I couldn’t remember anything at all about the previous film didn’t bode well – and my fears were soon realized. Picking up immediately where the previous film left off, the film wastes no time gathering pace as it sets people in the positions they need to provide the film with maximum ensemble wrangling. There’s a mystery to solve here, as Aiden Gillen’s Mr Jansen isn’t forthcoming with the Grand Plan he hides behind that forced smile; and Thomas’s suspicions are aroused almost immediately they arrive at the base. I guess that’s what happens when Littlefinger runs things. 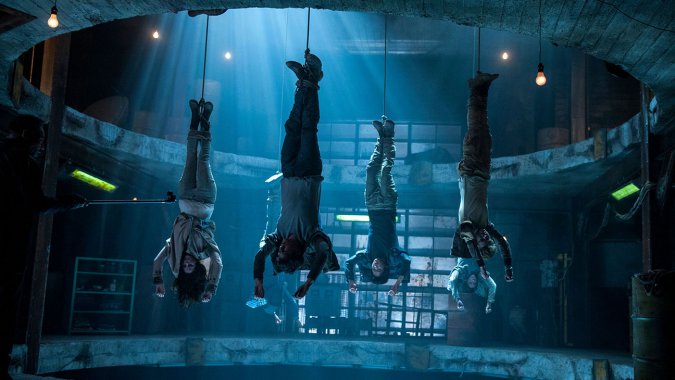 Although handsomely mounted, the key issue The Scorch Trials is that it doesn’t mean anything. A lack of emotional investment in any of the characters, brought about by a focus on spectacle and dystopia, rather than developing the people on the screen, makes this entirely sound and fury, and very little else. As an action adventure film I guess it works well enough, if you enjoy kids running, screaming, shooting, racing and sweating, the film’s lengthy runtime will satisfy you on multiple levels. Just not intellectually. It’s an empty, charmless, bland affair running on fumes of a genre afraid to take risks. The script feels hammered together from James Dashner’s novel of the same name, no doubt mined more for its commercial prospects than any significant artistic merits. Having characters running around saying the word “Wicked” for the overarching bad guys undercuts a lot of the tension by simply being innately silly.

The characters never really flesh out the way you hope. None of the people on the screen offer any real depth, a problem associated with extensive ensemble casts, although The Scorch Trials attempts to mitigate this with fancy sets, acoustic bombardments and a sense of jeopardy derived from having young kids trying to outrun adult authority figures – because authority figures are something to fear. Pack leader Thomas, played by Dylan O’Brien, is a solid role, and aside from a brusquely delivered mystery backstory is generally engaging, but O’Brien’s ability to convey all but the most superficial emotional state is limited indeed. Poor Kaya Scodelario returns as the film’s central female role (aside from Patricia Clarkson’s villainous antagonist) in Teresa, who spends much of the film looking confused and frightened, with those two things often not being mutually exclusive. The rest of the cast belong in the “generic archetypes” model of casting – the token Asian guy, the token black guy, the token British guy (Brodie Thomas-Sangster, probably regretting taking on this project) – they all blend into each other in the end, just a slew of faces waiting to be picked off as the stakes continue to rise. 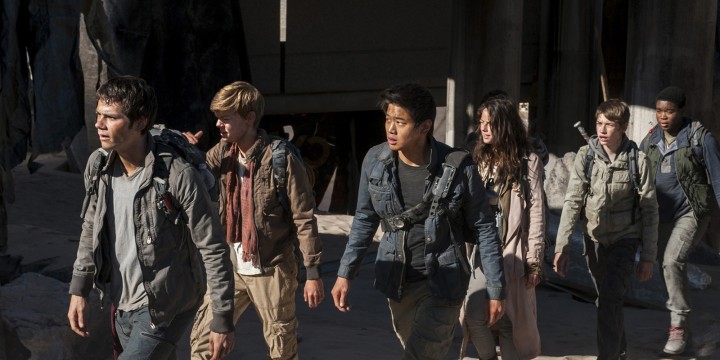 At least in a film entitled Maze Runner, there’s plenty of running. In fact, that’s about all the cast seem to do when they’re not gabbing about their problems. A fairly gripping “zombie attack” sequence in the film strikes me as World War Z-esque, and although hampered by a soul-crushing PG rating, you almost want the film to show a bit of bloody boldness and deliver some actual chills or thrills, rather than the off-screen viscera it pretends with. The film’s “infected” sequences are chilling in that 28 Days Later way, and for a bit it looks like the film is going to head right on into zombie movie stereotype (it doesn’t, in the end) and had things continued like that the film might have been better for it. As monsters go, the walking dead are far more menacing than the actual human villains.

The film’s technical merits are solid, as you’d expect – the scope of the film is sprawling and desolate, the devastated landscape evoking a sense of dilapidated humanity on the brink, and John Paesano’s score is suitably pulsating. Blessedly, there’s no discernible seams between green-screen and real-world action, so I guess there’s that. A scene involving a “person standing of cracking glass above a sheer drop”, similar to the one Spielberg used in The Lost World, brings a sense of excitement but lasts a fleeting moment before the conundrum is solved; it’s a diverting moment in a film seemingly kick-stepping its way between action beats.

Otherwise, the film follows basic genre plot beats; characters fight, characters die, one character gets sick and the group must decide to either help him or leave him, and naturally the constant fear of pursuit is all-encompassing. For all the pontificating and the angst-ridden dialogue, for all the sand and jaunty physical exertion, The Scorch Trials is all just show. It’s without depth, without compelling narrative and, like many middle films, without conclusion. It lacks the mystery of the original film’s premise, now that the characters are out of the maze, and the resultant discovery motif on offer here isn’t strong enough to warrant this much effort. The Scorch Trials just coasts along, willing itself across the line as it shuffles the characters from one place to another without real conviction; if you’re willing to suspend disbelief and if you’re able to survive the film’s clunky logic holes and absurdity, then you’ll find it entertaining enough. Not me though. This film confused the hell out of me.