Director :   Ivan Kavanagh
Year Of Release :  2014
Principal Cast :   Rupert Evans, Antonia Campbell-Hughes, Hannah Hoekstra, Kelly Byrne, Steve Oram, Calum Heath, Carl Shaaban.
Approx Running Time :   93 minutes
Synopsis:   A man who discovers his wife is having an affair finds himself the focus of a police investigation when her body is pulled from a nearby canal.

Who wants to see ghosts?

As ubiquitous as the horror genre is these days, for many people it’s a style of film sadly populated by generic, crash-boom storytelling and a typical focus on either body gore or supernatural terror. Recently, however, there have been a number of films to rise above the shlock and generic expectations of the genre – The Babadook, for example, or It Follows, provide compelling evidence that “horror” can elicit an entertainment value atypical of what people think. Well, mark down The Canal as another – an Irish film putting Hollywood’s cookie-cutter production line slop to shame with genuinely eerie chills, some solid jump-scares, and a melancholy, brain-snapping tone that gets under your skin and stays there. 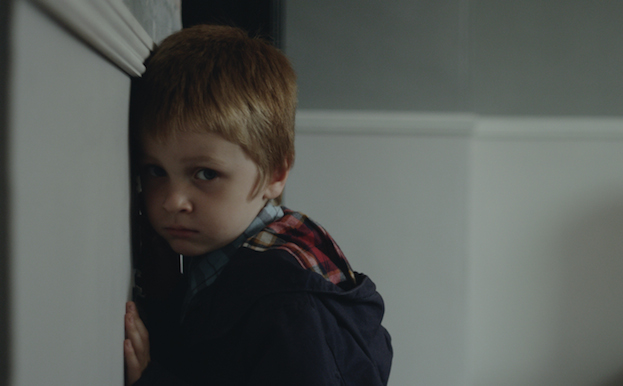 Plot synopsis courtesy IMDb:  Film archivist David (Rupert Evans) has been having a rough time lately, as he suspects that his wife Alice (Hannah Hoekstra) has been cheating on him with Alex (Carl Shaaban), one of her work clients. This stress is compounded when David’s work partner Claire (Antonia Campbell-Hughes) gives him a reel of to-be-archived footage that shows that his house was the setting for a brutal murder in 1902. Becoming progressively more unsettled and unhinged, David begins to believe that a spectral presence is in his house and ends up following his wife to a nearby canal, where he discovers that she is indeed having an affair with Alex. When Alice goes missing shortly afterwards, David contacts the police- only to become the prime suspect in her disappearance. As the police grow more convinced that David has murdered his wife, he struggles to find proof of his growing suspicion that something otherworldly was instead responsible.

In the cold light of day, The Canal isn’t particularly creative in terms of pure story, nor is it particularly expansive in its scope; instead, the film does something too few horror movies achieve, and that’s provide compelling characters and a searing aesthetic. David is a normal guy, encountering normal problems (like his wife cheating), which naturally makes his increasingly erratic behaviour all the more confusing for those around him. Of course, the ghosts in the film are only the kind we can see, as well as David, so you know it’s a one-way street to an inevitable conclusion by the end of the film. Rupert Evans’ David has no distinguishing features, no real sense of heroism, and it’s this “everyman” status that allows him to earn our empathy and our emotional attachment. His dedication to his young son, Billy (Calum Heath) is what motivates an investigation into the spooky hauntings, so there’s an emotional attachment there to consider as well. Parental survival is paramount to David’s fears, and the film manifests this aspect of its story with a quintessential innocence that belies the horror pounding down around them. 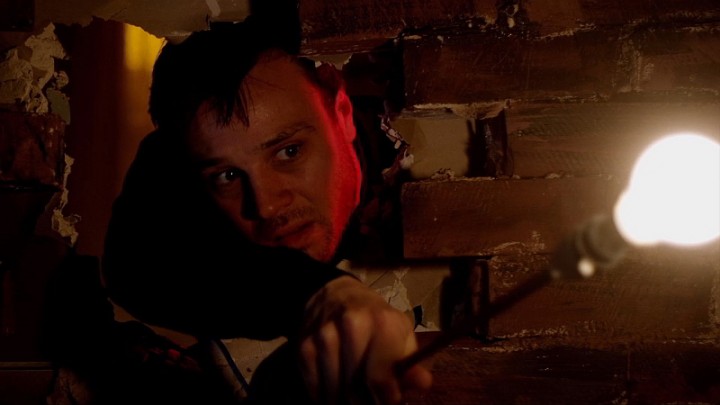 The journey getting there is what drives the film’s sense of cinematic terror, and director Ivan Kavanagh’s strong, malevolent tenacity behind the camera is just dynamite. In making a fairly standard horror story better than it has any right to be, Kavanagh unleashes all kind of visual and aural creep-cues to make you squirm in your seat. The Canal is a genuine nail-biter, the kind of film that subdues you with its relative quiet before unleashing some manner of chattery, clickitty-click terror that’ll set you back in your chair. Kavanagh uses appropriated Kubrickian visual cues – vivid red tones in lighting and blood, particularly – as well as that juddery, snap-rack Japanese horror motif (see: Ringu and Ju On as examples) to elicit a sense of dread in the viewer, and it works well considering a lot of this stuff has become somewhat overused at this point. Visually, The Canal is a razor-wire to the throat, that’s how sharp it all is.

The Canal is the kind of film that needs to be seen as large and loud as possible. As it winds its way to a brutal, truly gut-wrenching finale, The Canal pulls out all the stops; a pounding mixture of orchestra and horror-genre electronica (props to composer Ceiri Torjussen for his work here), a gasping face punch of shock and awe, twisting the knife in your brain until your eyes roll back with a “holy f@ck did I just watch?” Folks who enjoy a good skin-creeper will absolutely have a blast with The Canal, a quietly menacing, unassuming, mesmerising venture into stark terror and ephemeral supernatural frights.

2 thoughts on “Movie Review – Canal, The”