By now we’ve all seen (probably more than once) the recently released third official trailer for DC and Zack Snyder’s impending 2016 juggernaut, Batman V Superman: Dawn of Justice. In case you actually managed to miss it, you can watch it here. For the purposes of this article, we’ll be referencing images within this trailer, so be warned, this article comes with spoilers! 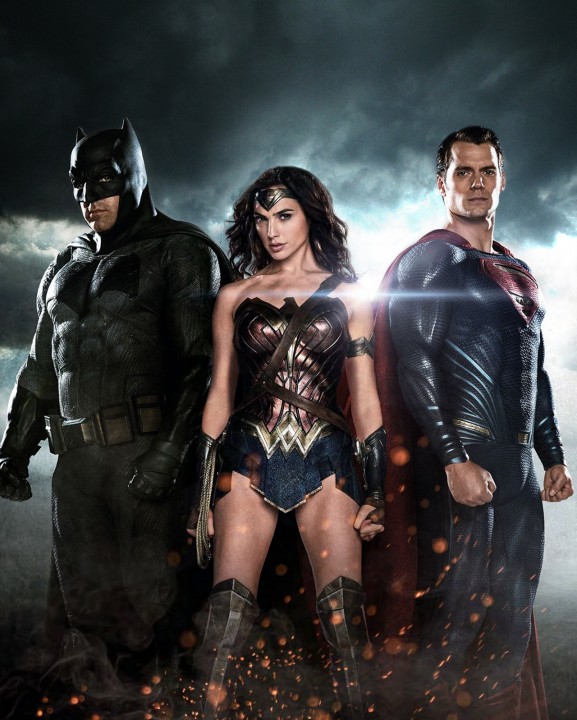 Burdened not only with a garble-worthy mouthful for a title, Batman V Superman (henceforth referred to as BvS), Snyder’s upcoming film also cursed with continuing to set-up one of the least admired Superman iterations in recent memory. Man of Steel, for all its mighty box-office success, really failed to launch the linked DC Universe in a manner many people, including myself, really hoped for. Universe building has become the de rigueur method of most major studios – leastways since everyone cottoned onto the Harry Potter Concept of intertwined, long running films set in a single universe – and Warner Bros, armed with the pantheon of DC Comics’ most iconic superheroes, obviously aspired to imitate its competitors, chief amongst whom is Marvel.

Not only does BvS need to continue the story crash-landed so spectacularly in Man of Steel, but it also needs to set up Warner’s DCEU – DC Extended Universe – with its own stable of stars; Batman, freshly unburdened from his Nolan-isation, is now set to be essayed by Ben Affleck, while Wonder Woman (Gal Gadot) makes her big screen début here as well. Not to mention the upcoming slate of films from DC will introduce a cinematic Flash (although exactly why they decided not to just stick with The CW’s television incarnation in Grant Gustin, I’ll never know), Aquaman (given gravitas by Conan actor Jason Momoa), and eventually the Justice League (in a duo of films approximating the MCU’s own Avenger’s Infinity War throwdown); the future looks set for DC fans hoping to see a different shared cinematic universe than what we’ve had to this point.

The problem I have with the BvS trailer, and to a degree the wider DCEU assumed to reside within the same aesthetic and tone as that which Snyder has now established, is the crux of this article. At a superficial level, the chemistry between Henery Cavill as Superman, and Affleck as Batman, doesn’t seem to work as well as I’d hoped. Affleck looks bored (although I suspect his character is played as simply exhausted from being Batman so much in the aftermath of Man of Steel’s cataclysmic events), while Cavill’s personality appears to have slipped into a weird Phantom Zone of its own, never to return. Not to mention the absolutely awful performance by Jesse Eisenberg as Luthor, a wig-wearing psychopath who obviously tries to garner favour with the country’s elite by being overly enthusiastic and insidiously charming: I find Eisenberg a tough actor to like at the best of times, but here he appears to be channelling Luthor via Heath Ledger’s Joker and Jim Carrey’s Riddler. Honestly, it’s dreadful, and certainly not the kind of performance that endears him to an audience (yeah, it’s a trailer, but you gotta at least show him being somewhat evil, don’t ya?) so I think this is a misstep by whoever rubber-stamped this trailer.

Another part of me was surprised, and a little annoyed, to see Superman’s arch-foe Doomsday, introduced in a trailer so quickly. Doomsday, as depicted in the trailer, seems to be either a resurrected, or cloned version of, the long deceased General Zod (Michael Shannon reprising his facial features in a brief cameo), and in physical appearance is more reminiscent of a hybrid version of the Hulk and the Hulk’s nemesis, The Abomination, as depicted here. Doomsday is a… well, doomsday level enemy for Superman, nigh approaching Darkseid-level powers (newbies would be best served Googling bits of this from here on out) and to have him just thrown out in a trailer, as opposed to being held back for a “shock” reveal in the cinema, seems counter-intuitive for good marketing. Tease him, sure. Reveal he’s in the film, sure. But any good marketer will tell you not to blow your wad in advertising and leave nothing new for the audience to see. We’ve all seen Doomsday now (in whatever form he eventually takes at the end of BvS, his template is out there) and only the non-fans will remain nonplussed by this revelation.

The final problem I have with the BvS trailer is that it really reveals to us the scope of devastation once again inflicted on planet Earth. Folks who hated the noisy, repetitive destruction of Man of Steel will no doubt be bracing themselves for more of the same, if this trailer is anything to go by. In my own review of Man of Steel, I described it as “…an orgy of spectacle of destruction”, and by-and-large this was one of the two biggest bugbears fans had with Snyder’s vision. Superman is an Extinction Level Superhero, that is, a hero who deals with apocalyptic, end-of-the-world scenarios no-one else can (read any of Grant Morrison’s JLA comic run for solid examples of what I mean), yet people most fondly remember him rescuing cats from trees and helping beat cops put crims behind bars. To see Superman cutting loose in Man Of Steel was actually cathartic, because all the fans who wanted that, suddenly had it, and found it wasn’t exactly the thing that makes Superman work. Once again, this new trailer depicts oodles of city-levelling destruction, involving the Holy Trinity of DC superheroes.

Anyone who says Snyder doesn’t “get” superheroes only need look as far as Watchmen to have that argument refuted. He gets them, but I would suggest that perhaps he doesn’t get the “good” ones, like Superman or Wonder Woman. Gal Gadot’s androgynous-looking Wonder Woman feels like she’s stepped out of the all-female version of Snyder’s own 300, all grim-n-gritty and entirely not what young girls should aspire to be. Wonder Woman has always been a warrior, but she’s never been so dark. Much like Superman, Wonder Woman is designed as an icon of feminism, a beacon of hope: it brings to the fore the key issue with DC’s current “drab and dreary” approach to its hero roster, and that’s that these heroes, with the exception of Batman specifically, aren’t meant to be dark. Why they suddenly need to buck the trend and go all nasty, I’m not sure.

I worry for the DCEU, and I worry for Batman V Superman. This trailer has issues – pacing, editing, and what appears to be really bad CG (the rocket catch, Doomsday, the final push-in on the three heroes) – and it’s only the fifteen year-old me who is really, genuinely excited to finally see these iconic literary creations on the same screen. The adult me baulks at the idea that an angry Superman, a vengeful Batman, and a dark and brooding Wonder Woman, will argue about who is good and who is bad in such dimly lit set-pieces.

BvS has the potential to really set the foundations to a solid franchise of DC films. The whole idea of Batman’s lack of trust in Superman, particularly following the events in Man of Steel, has long been a key hook for the comic line and discussion by fans since the two characters first teamed up. This film looks to try and capture that juxtaposition of character, but it’s hamstrung by making Superman almost as angry as Batman, which cancels out their established personality traits over 75 years of publication. Inherently, the dynamic is no longer interesting. It’s just two angry men going at it, with no sense of genuine purpose.

Why did DC decide this was the way forward? Did they look at Marvel and think they couldn’t be seen to be imitating them for fear of box-office losses? Doubtful – they’ve both been publishing comics books in almost identical manners since they became The Big Two, back in the 60’s, so it’s not like it’s a new idea. Whereas Marvel appear to be continuing to deliver commercially successful event films that sparkle, DC’s dullard, monotone aesthetic starts to wear down the viewer an hour into what will most likely be a 140 minute slobberknocker lacking both soul and heart.

And that’s the crux, I think. At no point do I invest in any of the characters depicted in the BvS trailer – and hey, I’ve already had a whole film devoted to Superman. I’m excited to see what Affleck does in the role (suck it, haters, he actually looks the goods!) of Batman, but outside of an emotional attachment to the characters generally, I’m not obliged to care about anybody in this CG-fest specifically. Superman speaks fewwords (Clark Kent offers plenty, to Bruce Wayne, sure, but barely does the Man of Steel utter more than a downcast look of mild annoyance, let alone a line of uplifting dialogue), and this just proves my point: making Superman a dark, almost antagonistic force in the world goes against all the character really stands for, and it doesn’t provide any balance to Batman’s prototypical thundercloud of fear and vengeance.

This, more than anything, is something I’m fearful of continuing in BvS. I hope, I await, I expect to be surprised, perhaps even rewarded with a film that knocks my socks off, but I reserve the right to be pissed off as the credits roll on another Zack Snyder explode-fest.

2 thoughts on “Should we be worried about Batman V Superman?”