The one with the planes.

As with most sequels to popular films, Die Hard 2 was inevitable. Spurred on by the success of Die Hard, and no doubt wanting to capitalize on that success by chucking out another blockbusting action flick to (hopefully) rival it, Fox commissioned a sequel almost immediately, although this time helmed by rising Finnish director Renny Harlin, who had worked minor miracle making the fourth Nightmare On Elm Street film a watchable enterprise. However, given the skyscraping antics of John McClane couldn’t be directly reprised without significant risk to the franchise, Harlin, together with returning screenwriter Stephen de Souza and newcomer Doug Richardson, took the story in a different direction. Much like the original film, which was based on Roderick Thorp’s novel “Nothing Lasts Forever”, Die Hard 2 assumed the premise of Walter Wagner’s pulp novel “58 Minutes”, in which a cop must take on terrorists at an airport, while his wife’s plane circles overhead, and appropriated it to the Die Hard franchise. Bruce Willis would return, as would his on-screen wife in Bonnie Bedelia (and a number of other co-stars), although this time the setting would be Dulles International Airport (as opposed to LA from the first film, or New York City, where McClane is from); a touch of serendipity, however, in that the film would once more take place at Christmas. 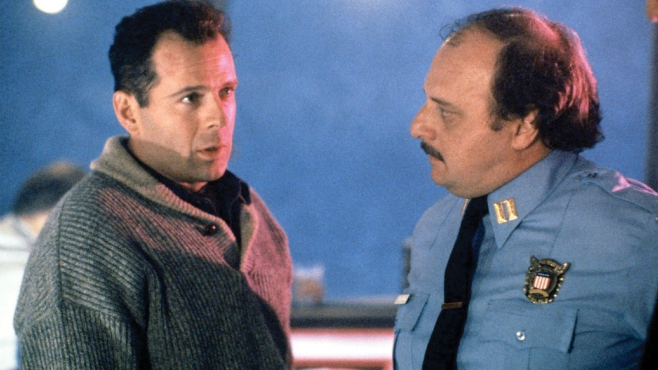 McClane arrives at Dulles Airport to welcome his wife, Hollie (Bonnie Bedelia) to Washington for Christmas, as their relationship continues to grow. However, while he’s waiting, McClane notices two gun-toting men acting suspiciously, and after a confrontation, learns that a plot, possibly terrorism, is afoot within the airport during its busiest night of the year. McClane tries to convince the airport’s head of police, Lorenzo (Dennis Franz) of the situation, but it roundly refuted. Elsewhere, renegade Army Colonel Stuart (William Sadler) kicks off his plan to hold the airport hostage, threatening to blow up any plane which lands, in order to get dictator and drug lord General Esperanza (Franco Nero) out of the country on a stolen jet. as McClane investigates on his own, without the help of airport security, he soon gets noticed by the very men he’s hoping to stop; and as the planes of his wife, and countless innocent holidaymakers circle overhead, rapidly diminishing in fuel, McClane is on the clock to stop Stuart and Esperanza and prevent an all-out catastrophe. 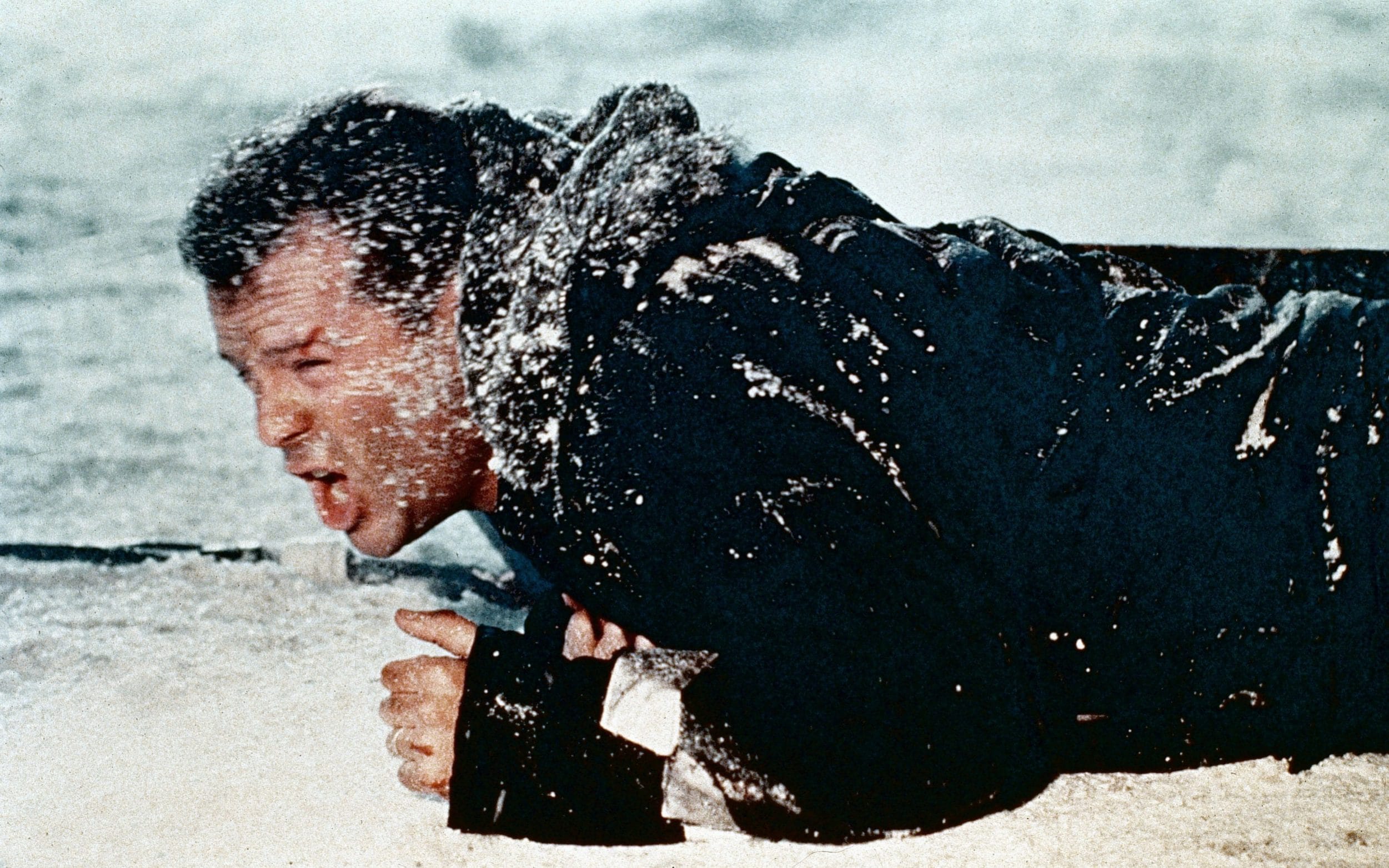 The 90’s were a terrific decade for Renny Harlin: following Die Hard 2, he’d helm the uber successful Cliffhanger with Sylvester Stallone, box-office bomb (and yet one of my favorite films) Cutthroat Island, and the Samuel L Jackson and Geena Davis action classic, The Long Kiss Goodnight. Sure, he’d follow those up with Deep Blue Sea and then the awful Driven, but those halcyon days of the early 90’s were prime, vintage, classic Harlin. The man knows how to direct action, and with Die Hard 2, he delivers something many sequels fail to do – live up to the predecessor’s vaunted legacy.

In most respects, Die Hard 2 follows a similar template to Die Hard: McClane encounters a terrorist group working to a plan, doesn’t get help from the local constabulary, and has to bust a gut trying to save the day working against incredible, impossible odds, and most importantly, save his wife. Die Harder works out a little bit messier in terms of slick, straight-up action, inasmuch as it’s spread out across an entire airport, and witnessed by an enormous amount of people, and the stakes are considerably higher in that literally hundreds of people could die, but it successfully recaptures that adrenaline-fueled energy and masculine slobberknocker that made the first film so terrific. 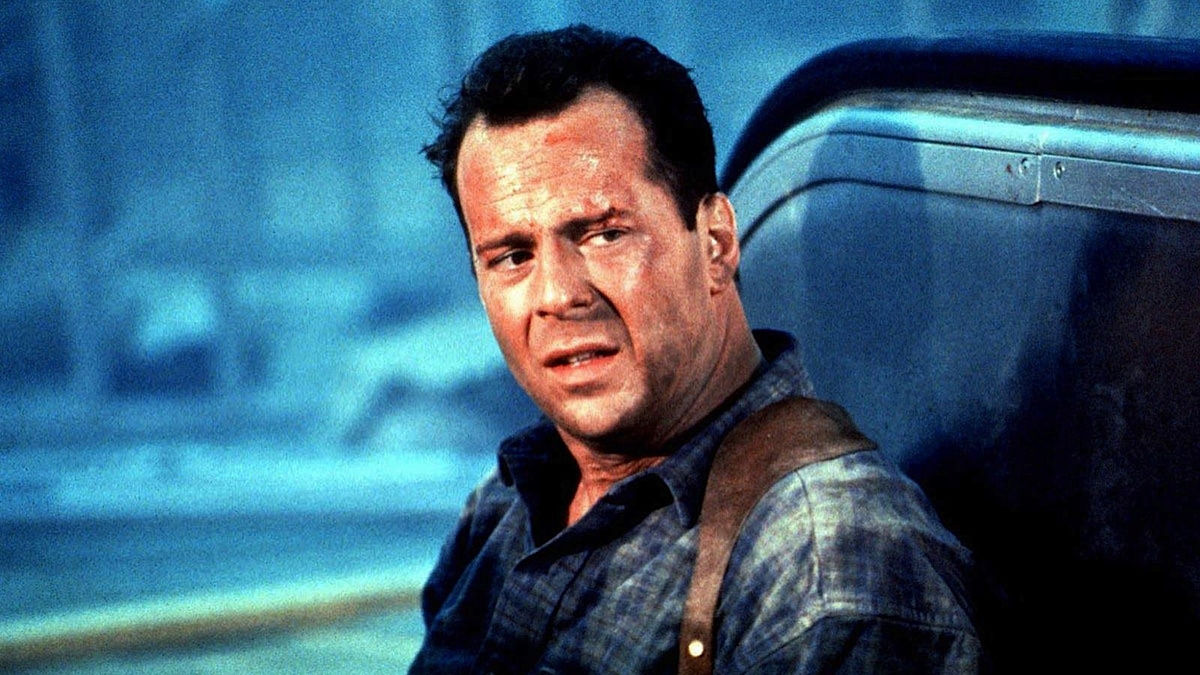 Bruce Willis doesn’t skip a beat as McClane, it’s a role he was born to play and the man just does it again; he’s weary, frustrated, anxious and obviously annoyed at having his Christmas vacation ruined by terrorists once again (the film is set two years after the events of the first movie). McClane’s abruptness, his lack of concern over the feeling of authority figures stopping him doing his job (even though he’s well outside his jurisdiction), are as acutely sharp as they were previously, and Willis makes the character work. Bonnie Bedelia is given a little more to do too, as Hollie, as she waits up n the sky for her husband to save the day and allow her plane to land. Bedelia’s games of one-upmanship with recurring franchise dickhead, Thornton (William Atherton once again) are in part hilarious, and in part keenly observed arrows at the media’s fundamental intrusiveness and impropriety for a story at the expense of safety or reason. Dennis Franz, and his airport cohorts in Art Evans, as chief radio tower controller, and Fred Thompson, as the boss of the entire airport, provide the requisite roadblocks to McClane’s urgent mission, although once the threat is realized, they quickly become allies.

The film works hard at keeping McClane front and center. All manner of contingencies are ruled out due to either snow, lack of communications, or simply time constraints, and it’s essentially up to McClane to throttle in and save the day, since apparently everyone who works at an airport is a dunderheaded nonce, and has no clue about terrorism. One suspects that were Die Hard 2 to occur in a post-9/11 world, the authorities would err on the side of caution with exceptional haste and heightened urgency. Harlin injects plenty of adrenaline into the action sequences, going “big” at every opportunity. Indeed, Die Hard 2 tries valiantly to exceed the expectations most sequels burst apart trying to achieve, and to a degree the film actually does make a solid stand at the claim to be better than Die Hard; but I think the former film had a tauter script, and a more focused narrative. It helped Die Hard that it had a relatively smaller roster, and was confined to a single building – by allowing McClane to traverse an entire airport is a bit more of a stretch, but you kinda overlook that in favour of more explosions. 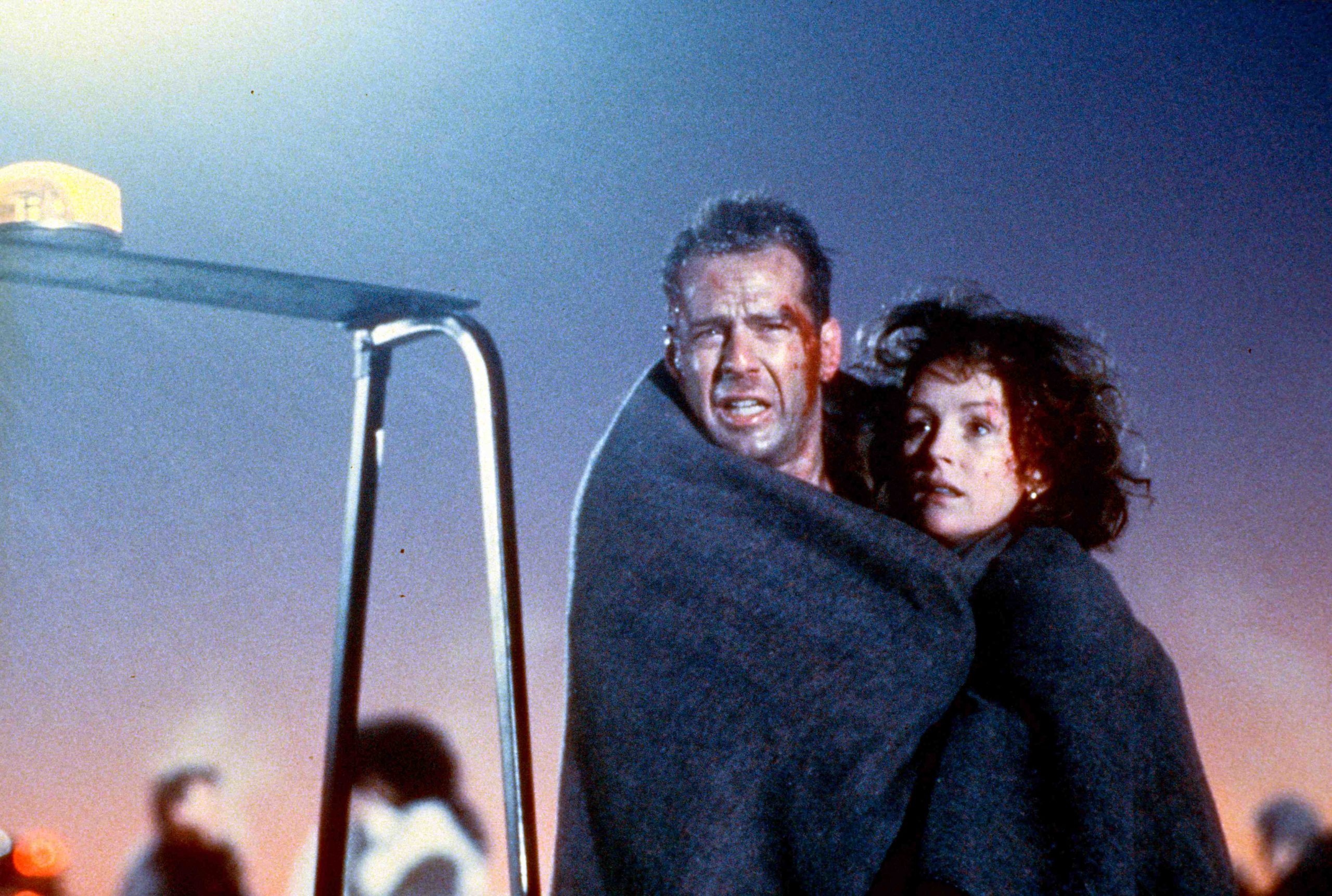 Die Hard 2 is a balls-out action classic, following a similar template to its predecessor and yet feeling different completely. I’d hesitate to say it’s better than Die Hard, mainly because of the transformative effect that film had on the genre overall, but in terms of escapist fun and a “go big or go home” mentality, Die Harder legitimately delivers on almost every count. Plus, it’s worth it to see William Atherton get his ass kicked again. Die Hard 2 is a cracker, a loud, extravagant, razor-sharp thrill ride that is as white-knuckle as the 90’s can muster.