Redefining an entire genre, one machine gun at a time.

Every so often, a film comes along that drives significant change within a specific genre. For sci-fi, 1999’s The Matrix galvanized an entire generation of film-makers as to what was possible within that particular type of film. For mystery films, The Sixth Sense’s gut-punch twist and skin-crawling horror gave us a slew of (generally poorer) imitators all looking to achieve similar things. The Blair Witch Project defined the “found footage” genre, and you’d argue that Star Wars did for blockbusters in the modern era what Ben Hur or Lawrence Of Arabia did for the genre during the 50’s and 60’s. What about the action genre? Action is seen by many as a mindless, explosion-riddled genre defined more by hysterical theatrics and visual effects than any kind of legitimate, dramatic entertainment. Yet, in 1988, director John McTiernan, fresh of the success of Predator a few years earlier, redefined the gun-and-run action thriller, with Die Hard, the first in what would become a long running franchise starring up-and-coming Bruce Willis, who was then appearing in Moonlighting opposite Cybill Shepherd at the time. 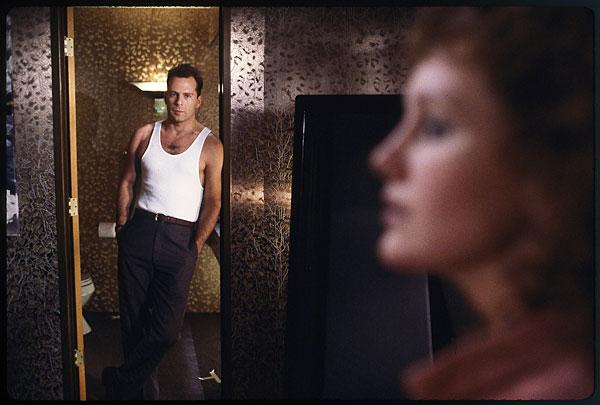 Willis plays New York Detective John McClane, a hard-nosed and recently separated father of two who arrives in Los Angeles to try and win back his estranged spouse, Holly (Bonnie Bedelia). Upon his arrival at the newly constructed Nakatomi Plaza, and following a terse re-acquaintance with Holly, the building is attacked by a well organized gang of foreign criminals, led by Hans Gruber (Alan Rickman, in his feature film debut). While the majority of the building’s occupants are held hostage by the heavily armed terrorists, McClane is separated and alone, forced to take on the task of saving his wife by killing members of the gang and thwarting their plans to steal a literal fortune from the company’s highly secure vault. He is aided by an unwitting LA policeman, Al (Reginald VelJohnson), who communicates with him via two-way radio. 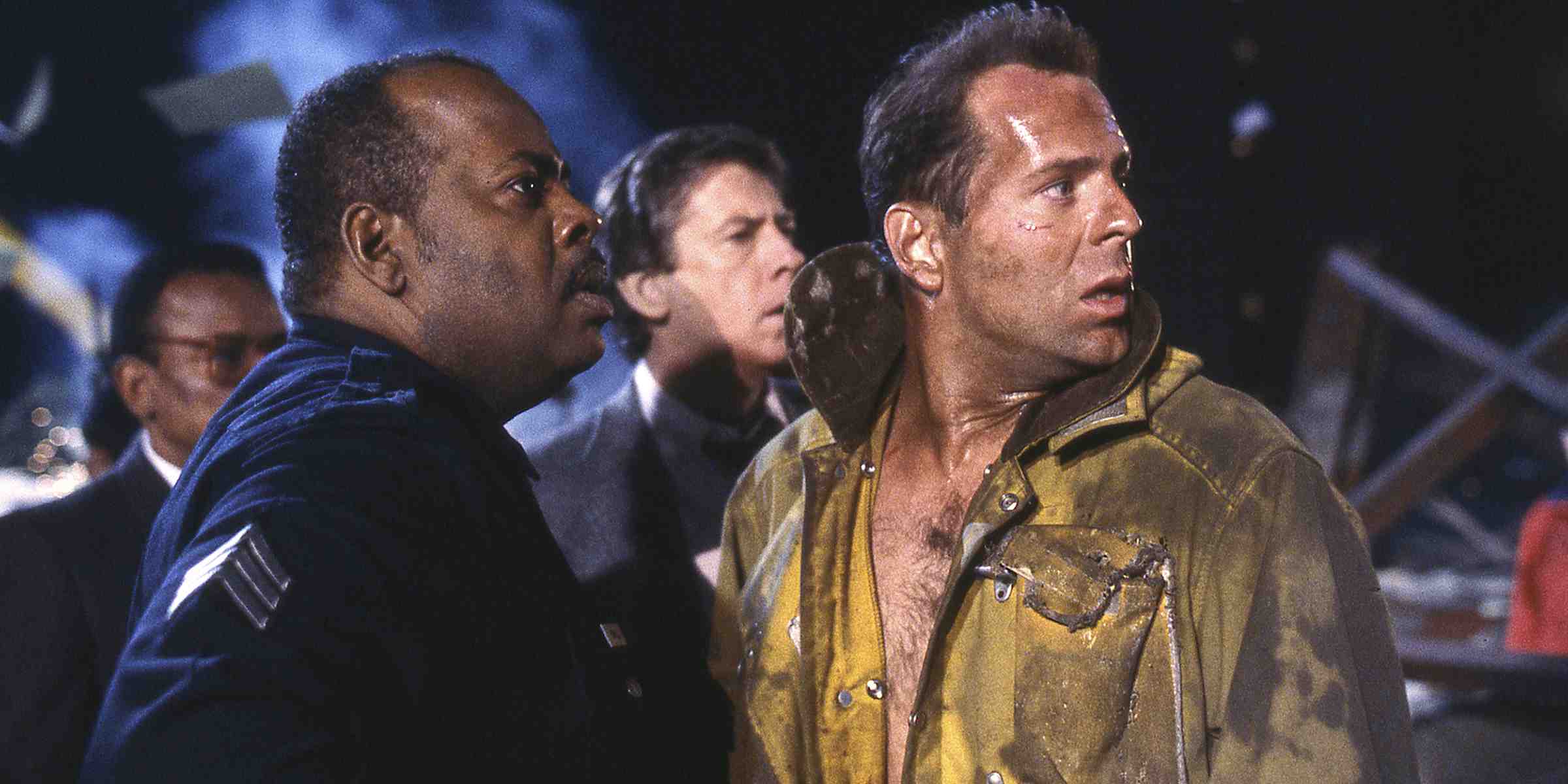 Die Hard was – hell, it still is the yardstick by which all others are measured – a cinematic game-changer, and I think I’m not overselling it in any way. It’s a film in which all the stars aligned to provide a zeitgeist-punching success story that made stars of both Willis and Rickman (the former who was a known face, but not as much as he was after this film came along), gave audiences a legitimate white-knuckle thrill ride and rewrote the manual on how cinema could explore the action genre in ways nobody had considered to that point. Co-written by Stephen E de Souza and Jeb Stuart, Die Hard’s slow-build plot and dynamic leading character crystallized within audiences a sense of underdog heroics, the “one man takes on an army” cliché but in a way that made sense. Anyone who had seen Schwarzenegger’s Commando would appreciate how the cliché could go horribly wrong, at least.

Willis and Rickman aside, part of the film’s enduring legacy is its spot-on casting, most of whom were actors known from other projects. Bonnie Bedelia had spent several years carving out a name on daytime soap Love Of Life, Alexander Godunov had appeared in Peter Weir’s Witness, and opposite Tom Hanks in The Money Pit (in 1986), while folks like Reginald VelJohnson (who had small roles in Ghostbusters and Crocodile Dundee) and Paul Gleason (himself a popular television actor since the 60’s) provided support in “oh, I know that face” roles.

William Atherton’s smarmy, asshole-role of a television reporter, Thornton, approximated a similar role he had in Ghostbusters as the guy arguing against the team’s legitimacy. And who can forget Hart Bochner, as Ellis, one of Hollie’s colleagues at Nakatomi, who unfortunately tries to appease Gruber’s thuggery and ends up paying the ultimate price. Yet it’s Willis and Rickman who thoroughly steal the show in their respective roles. Willis, as McClane, is an angry, embittered, suffer-no-fools hardened cop; if I could compare, I’d say he was the male equivalent of Alien’s Ellen Ripley – doesn’t take shit, is often haughty, and is dedicated to his family. Plus, he’s handy with a weapon, so there’s that. Willis’ comedic streak helps McClane’s personality remain forefront of the audience’s mind, as well as keeping the considerably epic action sequences out of the realms of high fantasy. Willis grounds the film with an earthy humanity, a “wrong place at the wrong time” sardonic vestibule of post-modern angst that, once the explosions subside, is a fairly likeable bloke. There’s a reason McClane remains Willis’ most notable character, if not for any franchise legacy reasons but for his Everyman approachableness. McClane isn’t some superhero, or some huge muscled beefcake able to perform feats of skill and strength unlike you or I, but rather he’s your typical rag-tag dad just wanting to spend time with his family, and caught up in something larger than he is. Rickman, meanwhile, simply oozes screen villainy as he always has, although in this, his debut big screen role, it’s fresh and new. Shrewdly intelligent, sharply derisive and, at times, with a wry wit, Hans Gruber is a genuinely affecting screen Bad Guy, and Rickman’s deliberate vocal intonations, on which his career would go on to be forged, serve the character well. Their negotiative wrangling across the airwaves, as McClane moves around the building picking off Gruber’s henchmen and causing havoc, is one of the true joys of Die Hard’s scripting, in that through this it allows us to see further into each character as a human being, rather than simply a generic stereotype. 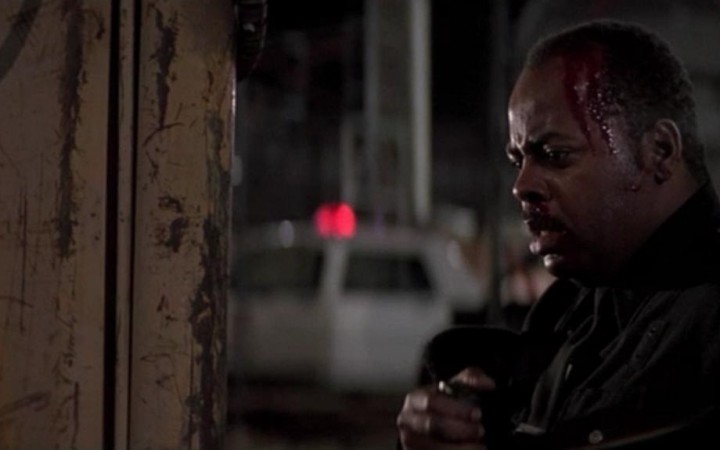 Handling both these larger-than-life characters is director McTiernan, whose command of the action medium is unparalleled here. Die Hard’s notable technical elements, including a deliberate use of jump-cuts and cross-cutting of action, was rather new for the time. Although we consider it standard film style today, for audiences used to the more rigid editorial styles of the time, this was a revelation. McTiernan’s constant ebb and flow method, of building up to explosive moments before calming the waters for character building material, is a template by which all other films have since been judged. The destruction of practically an entire skyscraper through gunfire, helicopter explosions and an office chair with dynamite strapped to it (among other things) is mighty fine work for the practical effects team to get right, and Die Hard’s concussive moments are exemplified by McTiernan’s ability to make them meaningful. And that, more than anything, is why this film redefined the genre. 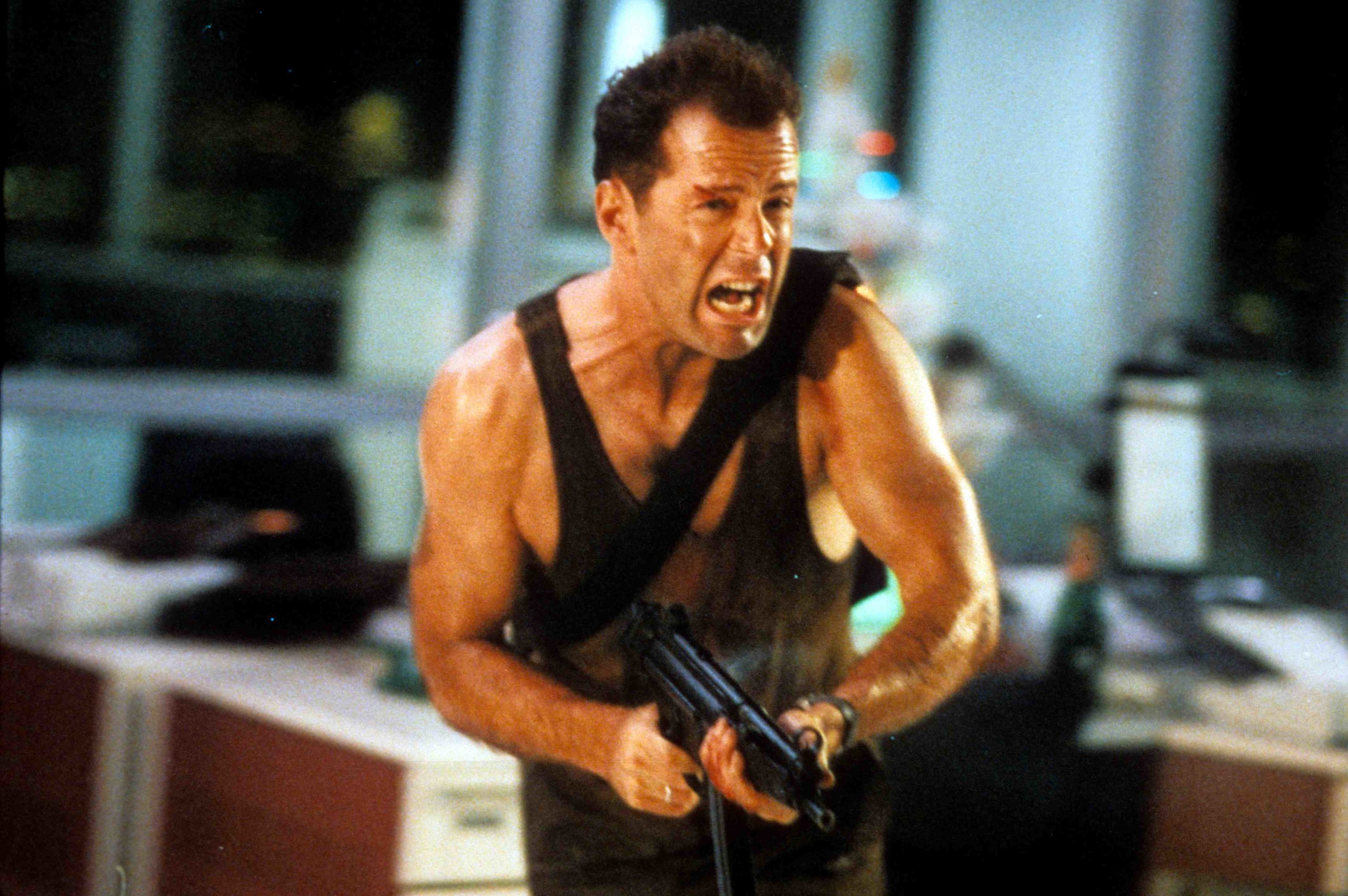 I could probably waffle on for weeks about this film, such is my love for what it is, and what it achieved. But I won’t. Those of you reading this who know the film won’t need any prodding to check it out again, and those few of you who aren’t familiar with it should probably stop reading now and go watch it. Die Hard’s revolutionary effect on Hollywood continues to be felt today, through many of the industry’s monumental blockbusters, and it’s become a pop-culture motif by fans and studios alike to call their own variations on Die Hard’s concept as “It’s Die Hard On A _____”, so if that’s a measure of how much impact the film had, it’s certainly enormous. Die Hard remains a classic of the genre, a fun, exciting, thrilling, funny, explosive “event film” before the term had really been coined. It’s magnificent and brawny all at once, and there’s a reason people still talk about it in awed tones today.