Rapidfire parody film spoofs the original 2001 Fast & Furious film (and a mixed grab-bag of the sequels), to mixed effect. Liteweight humor, overly sexual creepiness and a three-jokes-a-minute plotting make this less a straightforward narrative, as the Vampires Suck co-directors Friedberg and Seltzer (which sounds like a laxative) rip the Furious franchise to shreds. If you’re into lowbrow tits-n-ass jokes, vapid, nonsensical inanity and asinine comedy drawn from a film nearly 15 years old (so relevant, then!), Superfast will have you guffawing into your pizza box with shame you ever rented this mess. 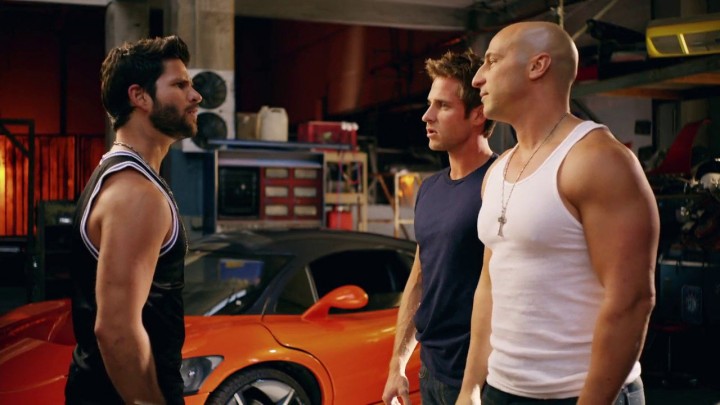 Superfast! is a stupid, stupid film. I’m not quite sure why it’s taken a decade and a half to make a Fast & Furious parody, especially one that riffs on the original film, but the end result is a lazy, annoyingly predictable, lame-ass attempt at taking known characters and making them…. funny. The fact that Fast & Furious is a silly franchise anyway probably makes it ripe for comedy send-up, but this film is the nadir of racing comedy films. Hell, it’s worse than Need For Speed, and that film wasn’t even trying to be hilarious.

At least if you’re ripping on a popular film franchise, you get the casting right. Thankfully, Superfast delivers on that account. Alex Ashbaught’s California-accented whitebread undercover cop, Lucas White (a riff on both Paul Walker and Lucas Black’s leading roles in the Furious films), is spot on hilarious. 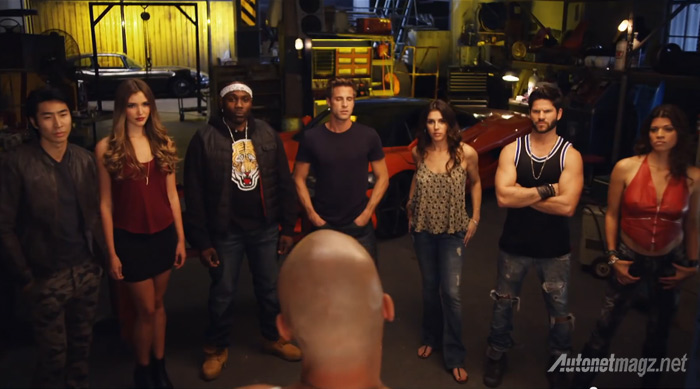 They’re let down by a terrible script, and awful humor. It’s like Friedberg and Seltzer are a couple of frat boys who’ve sat around a drug lab smoking weed and thinking half the shit they come up with is hilarious. That juvenile, addled sense of humor died out with Naked Gun, lacking both Leslie Nielsen’s po-faced deadpan ability or a Zucker/Abrahms sense of timing. Instead of building up the humor, Superfast simply crams is as many non-sequiturs, gutter-level jokes and asides as it can, hoping something sticks in this hot mess. The film’s rat-a-tat approach to the parody aspect of the film misses more than it hits, a laughably lame attempt to capitalize on a franchise that’s self-aware anyway, almost parody-proof with its own silliness.

If you’re seeking genuinely awful funny material, any cat video on YouTube will probably suffice. Superfast’s money-wasting production value, ridiculously vapid plot (even for a parody, this is rank) and dead-on casting are a horrid mish-mash of styles and slick, neon-and-afterglow infused cinematography (which, I should note, is probably the best aspect of the entire film): the whole thing is soul-crushingly asinine, and should never be actively sought out as something to watch.