A couple of weeks ago, the most anticipated film of 2015 (at least in terms of pure box-office) was released here in Australia on BluRay and DVD, the sequel to 2012’s Avengers. Age Of Ultron was a box office smash, slotting nicely into the top 10 all-time earners (currently sits at 6th) and becoming the third highest earner of 2015. Given the money it made, Disney’s BluRay release was equally anticipated; released in HD in both 3D and 2D versions, Age of Ultron brings Joss Whedon’s monstrously successful Marvel sequel home with a legitimate bang.

As a Marvel fan, I picked up the BluRay when it came out (the 3D version was about three bucks dearer than the 2D version, so I grabbed that), and naturally gave it a good hammering on the ol’ home theater as soon as I could. Visually, the image is spectacular, a riot of colors, effects and action, and the BluRay’s presentation depicts that image with clarity and precision. The bonus materials are a bit of a let down – some minor “Making of” piffle, some outtakes (which are amusing once), and a commentary from Whedon that I fell asleep listening to (he’s got a great voice, what can I say), but as a “definitive” edition this one’s not quite up to par.

One thing I noticed, however, and this is the crux of this article: the 7.1 dts mix is, frankly, disappointing.

Now, I should own up to initially tweeting about the Ultron audio mix in a positive light:

If there’s a better 7.1 @dts mix on @BluRay this year than the one on #AgeOfUltron, I’m yet to hear it. #Stunning. #Immersive. #Thunderous.

Upon reflection, that tweet was a tad premature. What I didn’t mention in that initial “review” of the BluRay was that the film’s mix seemed exceptionally bass heavy. As I watched, I figured it was a setting one of my kids might have fiddled with – perhaps a dial on my system’s 12″ woofer, or even a bass setting on my Harmon/Kardon receiver. The surround mix is excellent, the vocals are solid, but having now re-watched the film a few times, I’ve come to the conclusion that my original opinion was wrong. The Age of Ultron BluRay mix is substantially problematic. To completely assure you that I’m eating humble pie, I sat down and double-checked the configuration on my system, to ensure it was tuned up to maximum performance – it was, and remains so – but the mix on Ultron’s HD format is troublingly heavy with bass.

Now, I’m a big fan of bass; my system has a 5-sub configuration with a woofer for the main channels, one for the center, two for the rear channels, and the main woofer, allowing for accurate bass presentation throughout the soundfield. So reproducing plentiful bass isn’t an issue. What was an issue for Ultron’s dts mix is its excessive low-frequency sound, a lot of which is muddy, indistinct, and overpowering, especially compared to the rest of the mix.

Ultron’s blockbuster mentality provides for a hugely active surround mix, an engaging and whizz-bang ear-gasm of explosions, booms and plentiful sonic tomfoolery. A decent sound mix (in my non-expert opinion) should balance out between the three ranges of sound: high, mid, and low end. Comparative views with equally dynamic dts mixes, such as the recent Fast & Furious 7, or a Transformers film, indicated that none of the settings on my home cinema system had changed in a way that detracted from the listening experience, and yet Ultron’s LFE-heavy mix bordered on fatiguing. Low frequency sound should feel smooth, it should accommodate the mid and high rage audio in a way that doesn’t minimize peripheral noise to simply pulverize the listener, but Ultron’s mix is sloppy, almost heavy with imprecision and a degree of bloated overuse that removes a lot of enjoyment from watching the film.

Take, for example, the now-classic Hulkbuster battle midway through the film, in which Iron Man tries to take down a Scarlett Witch-possessed Hulk in the middle of a city. A battle of Marvel titans deserves plenty of accompanying explosions and concussive firepower, and Whedon’s film delivers (probably more than most fans could have hoped for) in spades. But the sequence doesn’t sound right. The Hulk’s low growls of anger seem to melt into the background of his angry abuse of infrastructure around him. Stark’s vocals, while he’s suited up, are located firmly within the front channel as they should be, but a lot of the foley (crashing vehicles, gunfire, screams etc etc) seem to lack impact, thanks to the ill-defined subwoofer usage. The final moment, in which a building collapses around both Hulk and Banner at the conclusion of their brawl, is suitably foundation-shuddering, but the majority of the battle is simply a set of pounding sub cues that eventually lack their intended impact.

As confident as I am that the rest of my DVD and BluRay collection haven’t somehow had issues in mastering, I’m inclined to think that somewhere, something went wrong. Overkill on bass has been a problem in mastering before – the initial dts DVD release of Jurassic Park was a subwoofer killer, and to this day I can’t watch my copy of that disc for fear of ruining my speakers – and I suspect it’s happened again here. Don’t mistake me: I don’t have a problem with plentiful subwoofer action, but it needs to sit within the mix and not obscure it like it seems to do here. 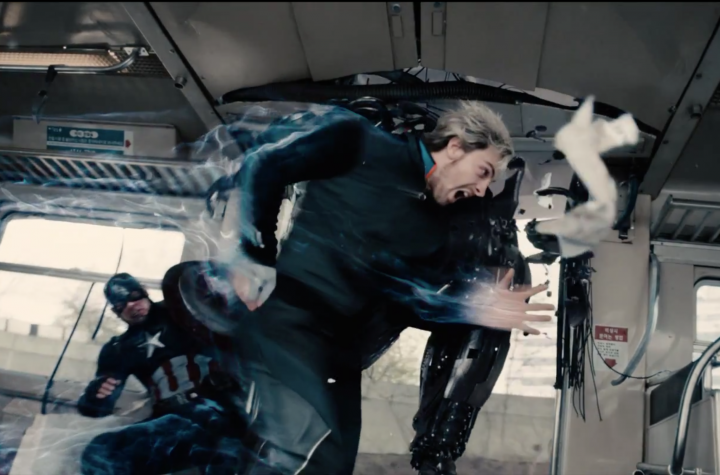 Quieter, contemplative moments of the film are well handled by the dts track, but when even footsteps or the most obscure foley sounds send a thunderous thud of bass through the soundfield, it’s a little overwhelming, and not in a good way. As mentioned, the dialogue aspects of the film are generally well defined, and sit well within the mix’s natural field of presence. And mid-range audio is by and large okay, except when the low-frequencies need to kick in. At reference volume (for me, that’s cinema-level loud), this film is a genuine subwoofer-tester, but the bass is too loud compared to the rest of the mix.

Now, a point of order: my cinema experience with this film was superb, a captivating surround mix that was perfectly balanced and, at least to my ear, lacking the burdensome bass accompanying the BluRay version. So much so that I was anticipating getting the film home on Blu purely for the audio, let alone the film itself. Suffice to say, now that I’m convinced it’s not my system and is actually the sound mix, I’m disappointed. It’s not to the point where one can’t watch the film at significant volume, but those with a decent home cinema will be turning it down a little the first time the subwoofer explodes.

Do you have a similar experience with the Age of Ultron BluRay or DVD? Got another problematic film on disc you need to sound off about? Let fly in the comments below!

2 thoughts on “Age Of Bulktron: When Too Much Bass Ruins A Film”