Director :  Levan Gabriadze
Year Of Release :  2015
Principal Cast :   Shelley Hennig, Moses Jacob Storm, Renee Olstead, Will Peltz, Jacob Wysocki, Courtney Halverson, Heather Sossaman, Mickey River, Cal Barnes.
Approx Running Time :  82 Minutes
Synopsis:   A group of online chat room friends find themselves haunted by a mysterious, supernatural force using the account of their dead friend.
What we think : A film that’ll make you rethink your social media habits, Unfriended is an at-times chilling account of the impact viral videos and slut-shaming can have in the real world. Although it winds itself into a twister of contorted silliness late in the film (and, as you expect, there’s a final “sting” in the tail here), the film works well in most respects and is competently directed, well acted and has a few moments of actual terror within the tabs and facebooking and IM’s of the central premise. Worth a look.

So, let’s tick off the horror movie found-footage cliches. We’ve had people hunting a witch in the woods. We’ve had evidence of haunted houses, nuclear reactors, even the goddam Moon. Now, thanks to Unfriended, we now have haunted social media. Yep, there’s a ghost in the machine folk, and it’s name is Scary. Sorry, I mean Blairy. Oops, I mean Laura Barnes. Apparently, according to Hollywood, anything and anyone can be possessed (and here I only thought it was those who were susceptible), and Unfriended runs the gamut of all things possessed. Computers, people, the internet, wifi and even global webcams – if it’s on the screen, it’s nice and mean; Unfriended is the perfect chrysalis of teen-speak and analogous anti-social behavior via the very social media. Tackling topics such as bullying and betrayal, mixed with supernatural (sigh – unstoppable) force, Unfriended’s viewscreen narrative is handled well, with some tense, well-acted moments of horror, but you get the feeling that the found-footage aesthetic has once more robbed us of a possibly great little cult movie. 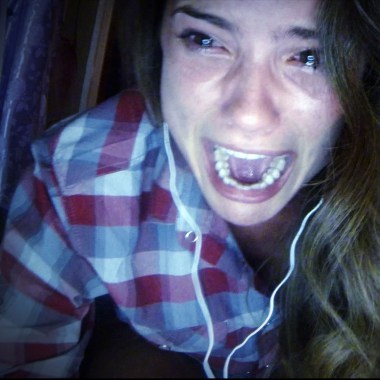 A group of friends engage in a webcast across Skype one evening, only to find themselves the victim of some kind of cruel prank. Blaire (Shelly Hennig), her boyfriend Mitch (Moses Jacob Storm), their friends Jess (Renee Olstead) and Adam (Will Peltz), and the nerdy Ken (Jacob Wysocki), were once high-school friends with Laura Barns (Heather Sossaman), who committed suicide a year earlier following the release of a degrading video appeared online after a drunken party. Initially accusing another high school student, Val (Courtney Halverson), the group become suspicious when their computers are controlled by an unseen, unknown prescience, a presence believing itself to be the long-dead Laura. Initially skeptical, things turn disastrous when one of them dies after a confrontation with the unknown entity.

It’s perhaps a coincidence that two desktop-bound thrillers have found their way onto our screen in the last 12 months. Elijah Wood’s convoluted Open Windows released in 2014, and now Unfriended takes a similar route – both films are depicted purely by watching a computer desktop, using split screens, multiple tabs and ubiquitous webcams to keep both films’ various narrative elements working harmoniously. Whereas Open Windows went a bit weird with its initially promising premise, Unfriended takes a similar concept and delivers an altogether successful – depending on your tolerance for “found footage” first-person storytelling – story that touches on so many modern relational issues, so many trip-hazards for social media use, it jangles more than a few nerves before the closing credits roll.

We all know the problems facing modern youth online; cyber-bullying is a real thing, and Unfriended’s onion-peeling narrative delves into it in a superficial manner, but one that even an older audience can at least understand. Faced with the anniversary of a friend’s captured-on-cam suicide, the “friends” in this movie soon find all the dirty little secrets they’ve kept from each other come out into the open, thanks to the omniscient spirit of the dear departed. As with most modern supernatural horror films, the implacable nature of the spirit – in this instance, Laura Barns – means that escape, or survival, is purely within the control of said entity, and let’s just say that not everyone makes it out of this movie alive. Whether you buy into the premise of a ghost controlling somebody’s Wifi and computers or not, there are moments of Unfriended that are legitimately chilling, and genuinely tense. 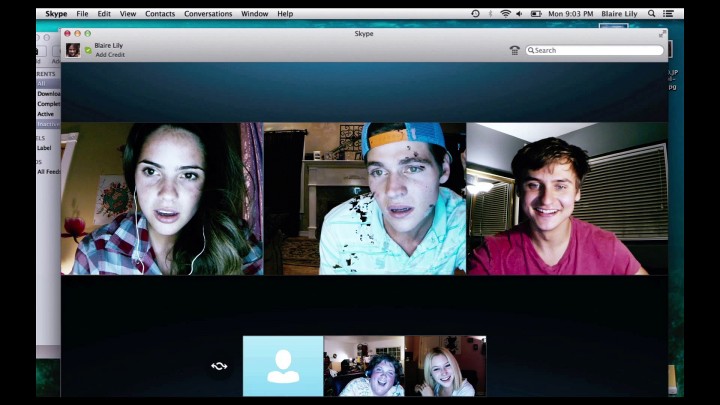 Unfriended works because the central premise is one that touches us all these days: the ubiquity of social media, and the misuse of it which causes people untold pain. We’ve all heard about people who kill themselves over cyber-bullying tactics and embarrassment, and Unfriended’s “viral video” MacGuffin is indeed one that would cause severe emotional distress to Laura Barns, the victim of all this. The film uses the internet’s anonymity as a cathartic moment of realization for the characters here: even though the video uploaded to cause Laura social stigmatization was done so intentionally, the offset sense of malice felt by the on-screen characters is horrifying in and of itself – that anyone would willingly embarrass somebody in such a manner speaks volumes to the dissociative power of the online fantasy.

I have to admit, the cast all do excellent work here, even when the film does (at times) jump the shark trying to tie itself in knots to scare us. Once the film gets all “shouty”, which it does in its final act as the body count mounts and the work of Laura’s vengeful spirit begins to fully form, the actors spend almost the entire time “on camera” giving hugely emotional, terrified performances, and for commitment to the cause you can’t fault them. 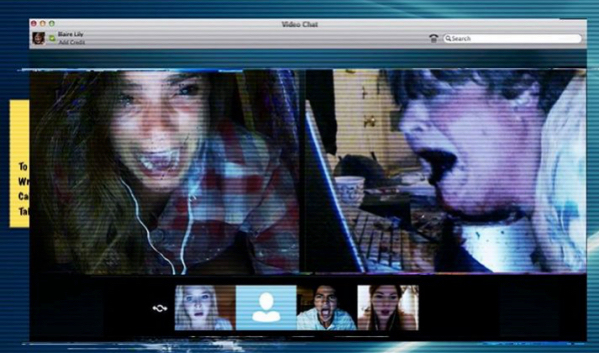 Shelley Hennig, whose computer it is we’re watching throughout the film, as Blaire, looks like a poor-man’s Nina Dobrev, but her affecting portrayal of a girl who can’t control things any long resonates: we’ve all known girls like Blaire, and we’ve all wanted them to come crashing down at some point. Jacob Wysocki plays the portly Ken, the “token fat friend” of the bunch who’s all up with computer tech and initially passes Laura’s possession of their computers as a glitch, then a hacker, then a virus. Wysocki gave me more than a few chuckles in his relatively limited time on screen. The rest of the players here are all good, if unmemorable, even if watching them get picked off one-by-one becomes a tad tiresome with Laura’s “drinking game” death-countdown continuously amping up the tension.

I realize I’ve probably written far more about this film that is truly warranted or needed, but Unfriended isn’t a total shambles – the trailer might suggest otherwise, but the final product isn’t too bad at all – so if I can implore you to momentarily forget that it’s a “found footage” derivation and go with it, you might have a good time with it. While the latter half does get a little silly for my liking, and the constant buffering effect employed by the film to slow down moments of terror is effective initially, before quickly becoming tiresome through overuse, Unfriended is a low-key horror film that works more often than it fails, and for that I give it a pass mark.