Not quite as creepy as it could be, but still okay.

Time Lapse routinely ponders the age-old question: what would you do if you knew what was gonna happen in the future? Yeah, playing the stock market or betting big on sports games would be something I’d consider, and no doubt lotto results would swing my way more often than not, but then what happens when time is thrown out of whack by my meddling? This film purports to examine such effects – a little like The Butterfly Effect, or any episode of Doctor Who, or even The Twilight Zone – but it confuses itself with its own logic. The characters here don’t travel through time, rather they get a glimpse into the future through a camera able to photograph events yet to take place. As such, there’s no risk of them bumping into their future selves, but their actions in the present, with foreknowledge, have inevitably dire consequences in the long run. 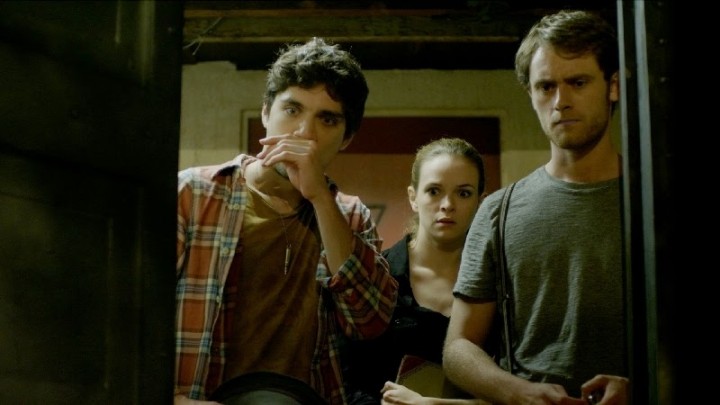 Finn (Matt O’Leary) is a painter working as a building manager in a block of units. He lives with his friend Jasper (George Finn) and girlfriend Callie (Danielle Panabaker), and is sturggling with a creative block. After learning their one of their neighbors, Mr B, hasn’t been around lately, they go across to his apartment and discover a large camera has been pointed across the way at their house, and a series of photographs showing future events pinned to his wall. Even stranger, they discover the charred remains of Mr B in another room. At first, the trio decide to use the power of the future-showing camera for their own ends, but as time moves on the pictures revealed by the machine start to display increasingly dangerous events.

While I’d never say I’m a scion of sci-fi time-travel movies, I’ve seen enough to know the good from the bad. Time Lapse is neither good nor bad. It’s well filmed, and competently made, but there’s a crucial ingredient missing from its stylish lethargy. And that’s energy. The film’s story is intriguing, and the cast do okay considering the script languishes between adequate and mildly enthused, but Brad King’s direction misses the requisite impact at key moments, allowing the story to amble when it should sprint. Style over substance, without a deft touch on the substance.

In its examination of causality, a popular mechanism of time travel films, the pictures the camera takes drive the narrative as our key cast try to figure out whether they’re in control of what they’re seeing, or whether the pictures themselves stipulate what might occur. The supposition that if the images of the future don’t actually transpire then our characters’ futures will be erased (killing them), is tenuously examined, but when the film needs to throw up some narrative hurdles or actually say “this is what’s happening”, it doesn’t, or at least well enough, leaving much of what I assume Time Lapse attempts to achieve to the viewers imagination. Which isn’t a bad thing, even though it annoys me no end. 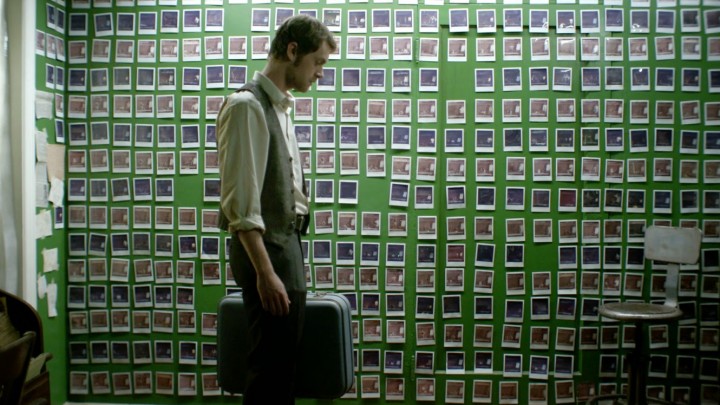 Problematically for Time Lapse is that is doesn’t quite know what kind of film it wants to be. A mid-film “paint me like one of your French girls” moment feels out-of-frame for this story’s general aesthetic, with its darker sci-fi overtones at odds with a fairly timid romantic subplot. But as the film darkens with time, as the climax begins to churn into being, Time Lapse dwells within a nightmarish, unstoppable endgame that anyone with a cursory knowledge of sci-fi genres will spot coming.

The cast are hardly mainstream, although Danielle Panabaker, who currently appears in The Flash television series, is the most likeable. Matt O’Leary’s wash-out painter dude lacks conviction in both action and word, while George Finn’s addicted best friend, Jasper, has an edginess and underlying crazy that frustrates with his incomplete character development. Although the characters here are meant to be engaging in some way, in almost the entire film I couldn’t find one to connect with at any kind of emotional level. And the film’s slow pace redundantly fails to provide any when it should.

Time Lapse is intriguing in that dark, Enemy kinda way. Methodical, dense with subtext and yet never quite delivering the knock-out punch we deserve, the film’s shadowy exterior belies less enlightened narrative wrangling than you’d expect. While it marches towards inexorable mind-bending trip-ups and a violent confrontational finale, Time Lapse’s lapse in energy and conviction with where it wants to go lends it a mild air of uneven discontent. Time Lapse is rewarding in parts, but overall lacks eloquent execution.