The history of gods.

Speculative science fiction of the kind epitomized by Ex Machina is often delivered with sledgehammer subtlety, or devoid of intellectual thought at the expense of action or effect. Derived from an “artificial intelligence” subgenre of sci-fi, Ex Machina’s narrative seeks to expand on what the very concept of AI might mean for futurists and humanity as a whole. Directed by Alex Garland, who wrote screenplays for films such as Dredd, 28 Weeks Later and Sunshine, Ex Machina is a low-fi sci-fi thriller that offers portents of things to come in a manner that belies Garland’s debut behind the camera. Ex Machina is solid stuff indeed. 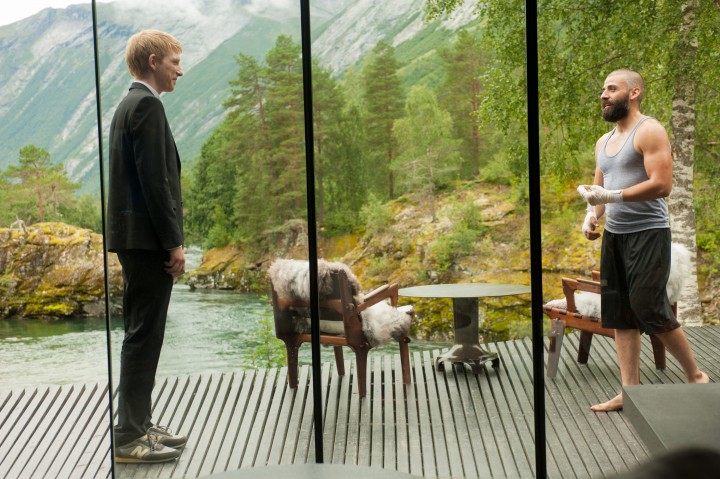 As frightening as it is, the concepts behind Ex Machina aren’t entirely beyond the realms of possibility – at least, not in our lifetime. The idea of true artificial intelligence, a creation devised by man and with a conscience indeterminate from that of a human being, is one that both fascinates scientists, and terrifies philosophers and people named John Connor. Caleb (Domhnall Gleeson, About Time, Dredd) works for Bluebook, the worlds most popular internet search engine, and after winning a company lottery is whisked to the hideaway estate of company owner Nathan (Oscar Isaac, Star Wars: The Force Awakens, A Most Violent Year), who reveals he’s been working on an Artificial Intelligence construct, and wants Caleb to conduct a series of tests (known as Turing Tests) to determine its success. The AI, a female robotic construct named Ava (Alicia Vikander, The Seventh Son) interacts with Caleb in a manner that stuns the young programmer. However, when Ava begins to exhibit signs of fear about Nathan, Caleb learns that not all is as it seems on the remote research facility. 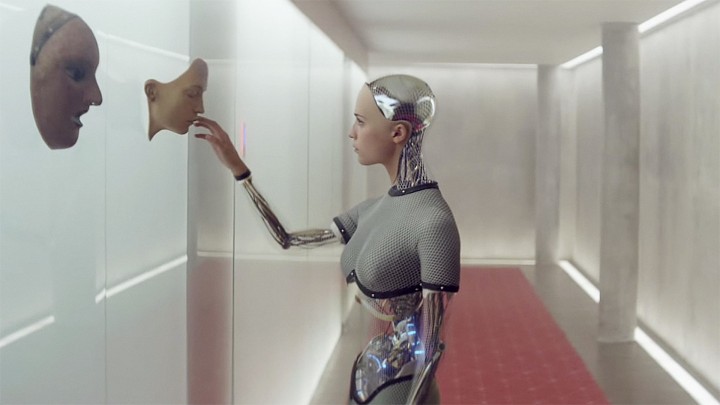 Shot for a relatively small budget at a Norwegian hotel, Ex Machina is A-grade science fiction, a futurists’ wet-dream and the kind of intellectual brain-cannon material that makes honest fans of this genre perk up a bit. Not everything needs to be 2001: A Space Odyssey, but hell if people can’t make decent films that say something about where we’re heading as a race of beings, and about how far we’ve yet to go. Ex Machina’s stunning use of visual effects, mixed with Garland’s head-bending philosophical, moral and ethical narrative trajectories, and three equally solid leading performances, make this a film that is as profound a story as it is a wonder of visual form.

Key to this is the performance of Alicia Vikander, as Ava, the construct. One part C3PO, one part a Ferrari version of the stuff Steven Spielberg thought up for AI: A Artificial Intelligence, and as wholly nuanced a character as anyone else in the film, Ava is at times aloof, innocent, seductive (from a technical perspective) and sad; is she the “perfect human”? That’s for us, the viewer to determine, but Vikander steps well out of herself to personify the seemingly fragile newborn computer simulation. Domhnall Gleeson, as Caleb, represents the audience, a kind of computer geek made good who holds human value above technological imperative, although he’s no doubt one of those people who’d need to be first in line for the latest iPhone. Nathan, played by Oscar Isaac, is a Steve Jobs kinda character, mysterious and wise, slightly menacing and yet driven by a passion Caleb desires for himself. Isaac is hypnotic in the role, bald head and beard and everything. 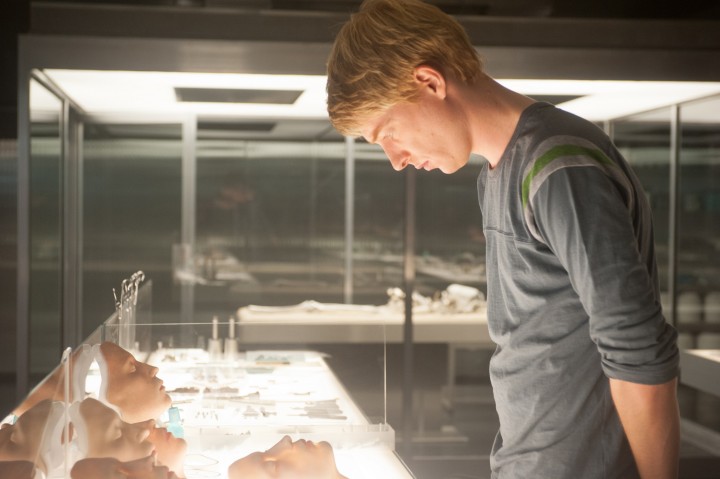 In bold, impressive strokes, Garland establishes himself as a storyteller of the highest caliber. With deftly poetic visual cues, some hugely impressive effects (namely, those involving Ava and her see-through form), and nuanced, delicate dialogue, Garland’s story is as gently manipulative for technology as it is about warning us of its misuse. That old line from Jurassic Park comes to mind: just because we can invent something, doesn’t mean we should. Ava’s creation and evaluation of humanity via her experiences with Caleb, and conversely Caleb’s with Ava and his reaction to that, are filled with truth and believability. It’s as if Garland can see how we would legitimize this idea within ourselves, and he runs with that. 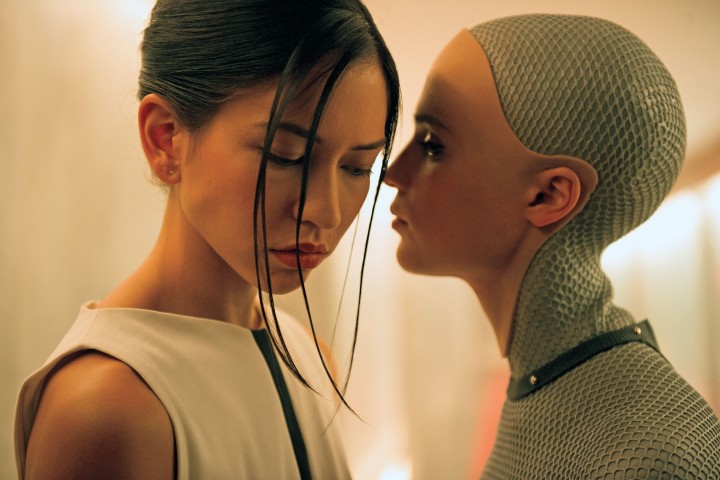 This is the kind of film that uses science to create art – both literally and figuratively. In Ava’s construction is an identifiable intelligent form that challenges our notion of “intelligence”. Along the lines of Metropolis‘ Maria, or Data from Star Trek’s Next Generation, or maybe even Short Circuit’s Number 5, Ava is an examination of our reaction to technological limitations, maybe even the unlimited ability of tech if we can achieve it. Through Ava, we see ourselves, examine ourselves, question ourselves at the same time as we’re questioning her. Garland broaches these topics with a sensitivity that transcends the genre’s previous attempts to do so, in ways that give rise to where our consumer-driven, Apple/Android society is heading. Unafraid to tackle the tough thinking, Ex Machina is a head-trip worth taking.

If there’s a better think-film in 2015, I’ll go eat a hat. Devoid of ostentation or extravagance, tautly directed by a man whose vision reigns supreme here, as Ex Machina’s razor-sharp script, superb editing and top-notch performances make this one dynamite directorial debut. Nearly flawless (as far as I’m concerned, anyway) in every respect, not only did I thoroughly enjoy by initial viewing, but I’m incredibly excited to spend time re-watching this one to see what else maybe gleaned from its sublime brushstrokes.