Wendell over at Dell on Movies has come up with a fascinating Blog-a-thon, Tears of A Clown. The premise involves uncovering great dramatic performances by those who make their living making us laugh. The rules are simple:

Create a post about a comedic actor in a non-comedic role. Tell us what are your favorite comedic roles of this performer. More importantly, tell us why you like the dramatic role in question. Be as thorough as you feel you need to be. Convince us it’s a great performance.

Wendell requires a backlink to his original post, so if you’re keen to read more articles on this theme, you can visit his site here.

My choice is one I would perhaps never have considered prior to this Blog-a-thon, mainly due to my well-known hatred of the man as an comedian, but I’ve come to the conclusion that Punch Drunk Love features one of the greatest dramatic performances by an actor, of any kind, in recent memory.

Regardless of what you may think of Adam Sandler as a comic, his work in Punch Drunk Love, a film by acclaimed director Paul Thomas Anderson, is simply spectacular. The film revolves around Barry Egan (Sandler), a lonely business owner whose family is filled with obnoxious women, and who often finds himself unable to talk to people due to extreme shyness and fear of confrontation. After witnessing a car accident, Barry meets Lena Leonard (Emily Watson), a woman who is equally shy but to whom he becomes drawn due to their mutual inwardness. The film is a story of love conquering in the most impossible places, and is at its heart a love song to end all love songs.

Let it never be said that I didn’t give Adam Sandler a chance. His work here, as the painfully shy Barry, is remarkable, although I admit in years since he’s used this kind of subtle, quiet conceit to great effect in films like Spanglish, Reign Over Me, The Cobbler and (to a lesser degree) Funny People. Punch Drunk Love’s auteur tone, style and themes don’t lend themselves to a “towering” comedic performance as we’ve come to expect from one of the giants of the genre in Sandler, but as a dramatic piece, with his bursts of rage checkering the passive restraint the character demands make for compelling, lovely, wonderful viewing. 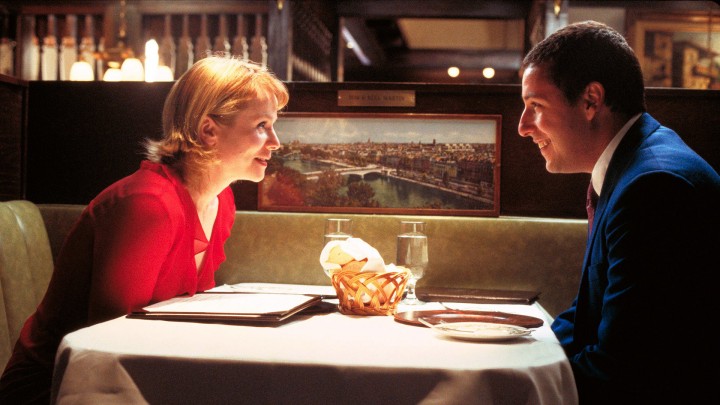 Sandler isn’t alone; the ensemble in Punch Drunk Love is beautifully manifested. Emily Watson has terrific chemistry with Sandler as her on-screen romantic interest, while smaller roles to Philip Seymour Hoffman and Luis Guzman allow the quiet story to marinate beautifully. Having said that, this really is Sandler’s film, almost outshining Anderson’s direction of it with a magnetic, often hypnotic portrayal of a man who is struggling internally to overcome his own fear.

Folks might sigh at the very mention of Sandler’s name (I’m one of them!) but if he’s remembered for a single dramatic work, it should be this one. Spanglish requires more concentrated emotional acting, but Punch Drunk Love is far and away his most approachable. He wasn’t nominated for an Oscar for his work here, but – and I know I’m going to regret saying this in a public forum – I honestly think he deserved to.

While names like Robin Williams and Jim Carrey will no doubt be bandied about in this Blog-a-thon, for their “serious” roles (particularly Williams), I have no hesitation in recommending Punch Drunk Love to anyone solely on the back of Sandler’s performance in it. 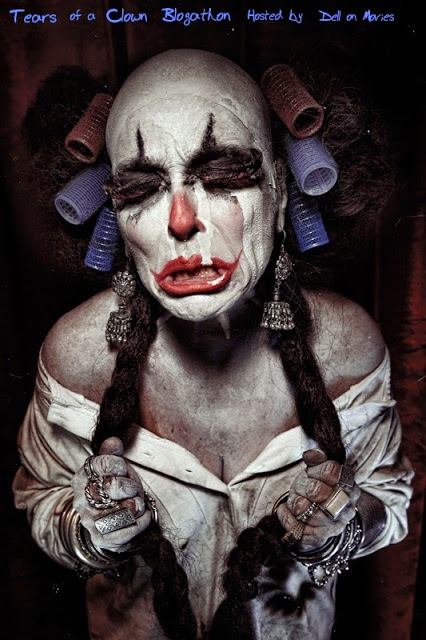 7 thoughts on “Blog-A-Thon: Tears Of A Clown – Adam Sandler in Punch Drunk Love”