Director :  Steve Pink
Year Of Release :  2014
Principal Cast :  Craig Robinson, Rob Corddry, Clarke Duke, Adam Scott, Chevy Chase, Collette Wolfe, Gillian Jacobs, Kellee Stewart, Chevy Chase, Jason Jones, Bianca Haase, Kumail Nanjiani.
Approx Running Time :   93 Minutes
Synopsis:   When Lou finds himself in trouble, Nick and Jacob fire up the hot tub time machine in an attempt to get back to the past. But they inadvertently land in the future with Adam Jr. Now they have to alter the future in order to save the past – which is really the present.
What we think :  Inane, stupid film pretending to be a buddy-comedy that lacks spark, comedy, or…. well, buddies. You kinda get the sense this film was made up as they went along (lots of ad-libbing, by the looks) and plenty of jokes don’t work, or become tiresome almost instantly. And any film containing men being ejaculated upon deserves to be lambasted for crass, idiotic stupidity.

Cult favorite Hot Tub Time Machine probably didn’t deserve a sequel, at least not one with a complete lack of John Cusack. Unfortunately, we got one anyway. The end result of a Cusack-less Hot Tub Time Machine movie is a dismal, unfunny, juvenile film that drifts between scripted idiocy and made up rubbish. Meta gags, celebrity cameos and a mind-stretching thing masquerading as a “plot”, Hot Tub Time Machine 2 (henceforth known as “the film”) coasts along on something approximating fifteen-year-old-boy fantasy with mo-ney. The movie isn’t great. In fact, it’s awful. Graceless, immature and riddled with Rob Corddry’s inane screeching, the movie is an insufferable blight on intelligence that will make you feel stupid just for watching it. So don’t. 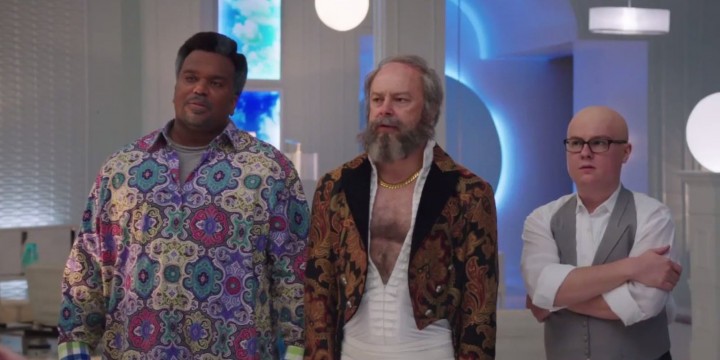 Plot synopsis courtesy Wikipedia because I can’t be bothered doing it myself: Five years after the first film, Lou Dorchen (Rob Corddry), Nick Webber (Craig Robinson) and Jacob ( have led their lives to fame, but each struggling with their self-esteem. Lou brags his success through time travel to his employee Brad Kumail Kanjiani), while Nick’s wife Courtney complains about Nick going wherever he wants, whereas Jacob shows hatred for Lou. Lou hosts a party where he declines an offer by old schoolmate Gary Winkle (Jason Jones) to buy land, and forcing Jacob to work as a butler. However, Lou is shot in the penis, urging Jacob and Nick to take him to the hot tub time machine, in hopes to find and stop Lou’s killer. They wake up in 2025, where they learn that Jacob has inherited his late father’s company, while Nick is now a washed up former celebrity, and Lou – well, Lou is dead. They meet Adam Yates Jr (Adam Scott), the son of their friend Adam Yates (cameo by John Cusack), and try to find out who shoots Lou in the past, killing him. 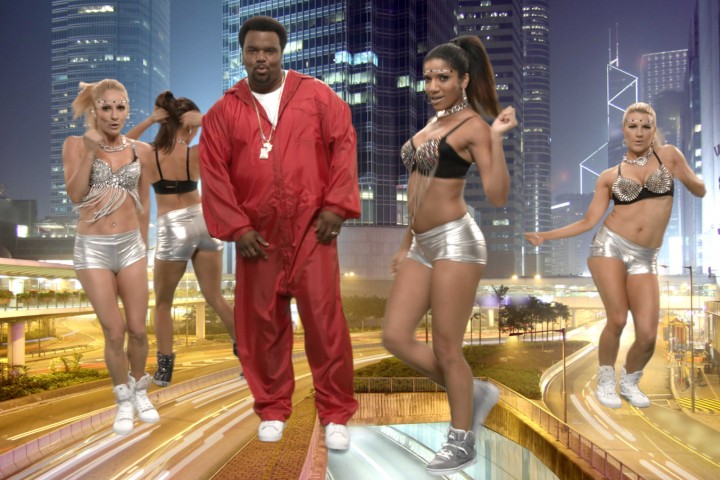 As ridiculous as this sounds, I went into the film hoping for a film at least on par with the original. The original had a mild, inoffensive charm (I know, right?) even in spite of its inherent stupidity. The one-joke premise of a time traveling quartet of douche-bags (led by Corddry, who once again plies his grating, offensive work again) running roughshod over time and creating havoc, brings with it an inherent freedom to do whatever they want, considering their knowledge of the future (or the past) lends them the ability to change their own destiny. For all the crap I gave the original film, at least it did what the title suggested. This film, a poorer sequel, delivers fewer laughs (or, chuckles, rather) than the original, and although it tries valiantly, never quite succeeds in delivering a film of any kind of entertainment value whatsoever. 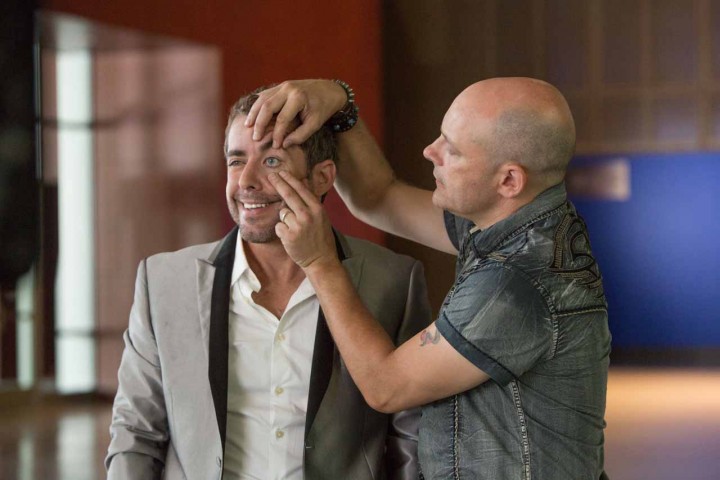 Minus Cusack (who shows up in a cameo in the film’s extended version, segueing into a possible third film [which won’t happen considering this film made almost none of its budget back]) the movie lacks real conviction with its humor. I say that because it feels a lot like the four main stars just got paid to stand in front of the camera and riff on various time travel films and make jokes about pop-culture from the past. Admittedly, some of the nods to the film’s genre are amusing – the subversion of Nick to forge his career by “creating” the songs of other artists (Lisa Loeb appears as herself early in the film, lamenting that one of Nick’s songs feels like being violated) is particularly nice, but the rest of the “hilarity” sails cleanly into overblown misogyny and never returns. Women are treated like things, “fun” consists of drugs and booze in overabundance, and there’s a neverending stream of “You look like…” gags that run out of steam rather too quickly. 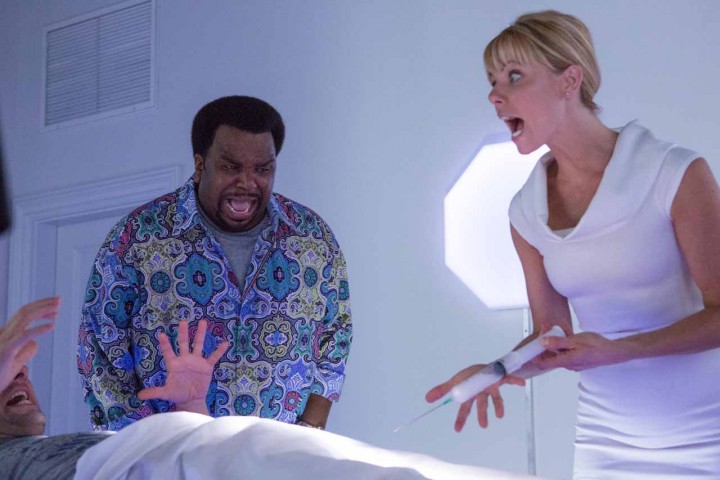 Where the previous film traveled back into the past, and allowed us to revel in the kitschy, out-of-place anachronisms of the mid 1980’s, this film zips us forward to 2025, to a time nobody’s familiar with, and ham-handedly makes our heroes so fish-out-of-water it’s not funny at all. Corddry, whose performance could be described as similar to that of having your toenails ripped out by an Alsatian, is odiously unfunny – how does this guy keep finding employment as anything other than a pooper-scooper for the local council? Craig Robinson looks like he’s embarrassed to be partaking of this venture, possibly doing it only for the money. Clarke Duke plays his role of the “normal” dude nicely, but seems lost by his older co-stars constant belittling. Adam Scott has a blast as Adam Yates Jr, a straight-arrow led down the path of evil by our three reprobates, and his performance in the film is about the only genuine highlight. But a scene involving swollen testicles, a giant syringe, and spraying seminal fluid ruins any goodwill I ever had for the movie. 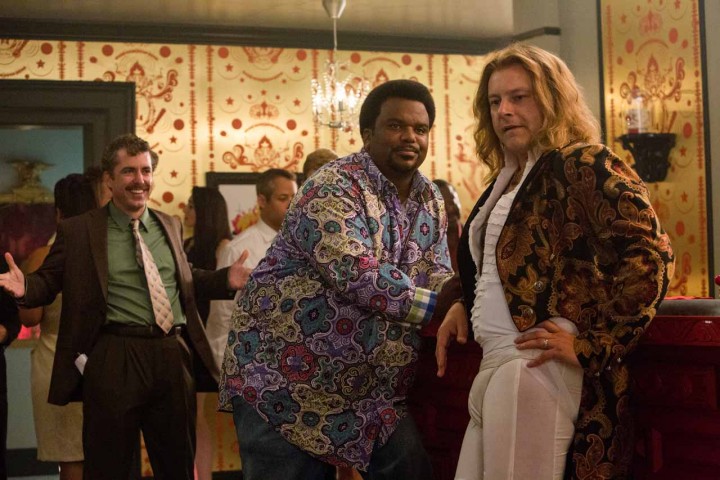 Truly, this film is bad. I mean, I barely raised a smile throughout the whole thing (a smart car with a vendetta is actually a brilliant piece of creativity, and it’s a shame it’s wasted in this film) and I wanted to. Trouble is, without a leading man like Cusack shouldering much of the emotional heavy lifting (he was the soul of the original movie), this sequel flounders amidst the body fluid, boobs, constant profanity and a never-ending stream of allusions to other films. When a film needs to draw parallels to other sci-fi movies (Terminator gets a fair run here) to get a lot of its meta-humor, you know things have hit a low point. Hot Tub Time Machine 2 is a wasted opportunity to improve on the original. TL;DR – avoid this one.