Wanna see the weirdest trailer you’re likely to see this year? Mega Shark vs Giant Octopus. Enjoy the stupidity in this embed. Before your brain caves in and you die from the sheer stupidity of it all. [Late update: the trailer has a 30 second advertisement before it…] Yep, this crap is right up my alley!!!!!

For those of you who think this all a con, a put-up job, then here’s the official film poster for you too. If I ever see this film, my credibility as a film-buff goes right down the toilet!!! And to think, We’re going to struggle to find decent funding for Urban Golf, while crap like this gets green-lit. 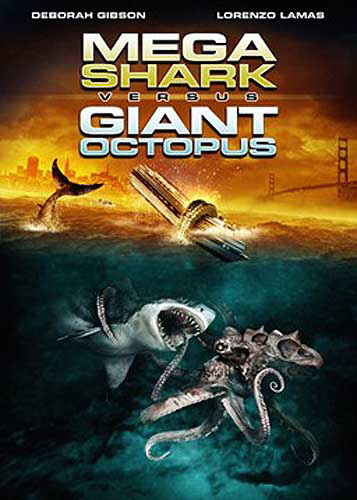