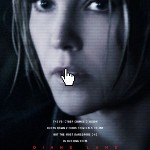 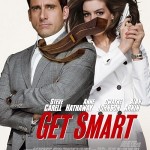 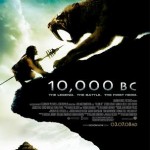 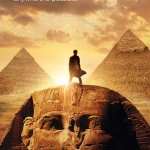 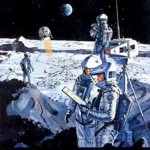 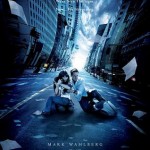 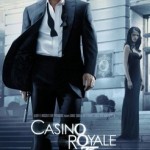 This week, another classic film comes in for inspection for quality: 2001-A Space Odyssey is what we’re giving a look at this week. That’s on Saturday, so hold on tight for that one. Other reviews this week include Diane Lane in Untraceable, the historically innacurate 10,000 BC, Hayden Christensen proving he can’t act (as if there was any doubt!) in Jumper, plus the latest M Night Shyamalan flick, The Happening. Plus, as a special treat, tomorrow we upload our first look review of the Get Smart remake, which was released last week on DVD. We had a look the other night, and I think you’ll find our review quite complimentary. Check that out tomorrow!

Plus, with the relase across Australia this week of the new Bond flick, Quantam Of Solace (such a cool sounding title, wonder what it actually means?), we take a quick look back at the first Daniel Craig outing as the super-spy, Casino Royale. Get set for that on Thursday.

That’s all coming up this week here at fernbyfilms.com.

You may have noticed, if you’re a regular reader, that I have updated the Big List page with all the latest reviews. I have decided to update this page on a weekly basis, rather than monthly, to ensure people are able to easily access all the material on the site. So all of last weeks film, plus the rest of Novembers, will be online now on the Big List page.

In other news, soon we’ll be introducing Doug Shearer to you all, we’ll have a chat with him as he answers some questions in an interview I conducted via the interweb recently. A little bit about himself, what his interests are and why he’s come on board the site to write his monthly column. And what a column! I’ve already read a couple of articles he’s written and they’re wonderful: I can really say for sure that you’ll thoroughly enjoy them, and I am proud to present them on this site. I’ll be announcing a release date for his reviews during the month of December.

Recently, over at Fernby Films HQ, I have been hard at work in the editing suite trying to complete the upcoming Schoolyard Justice DVD. It’s progressing well, and I hope to have it released on the official website by the end of the year. Watch this space for more announcements.

Oh, and for those of you who wanted to hold the Secret Squirrel down and beat the answer to last weeks riddle out of him/her, as was stated in an email I received during the week…..your answer is coming. The Secret Squirrel reveals all later on today. Check back in a while for his/her weekly comment!!

A special rant, if I may, for those of you reading this who live in the awesome country of Australia. You may have seen the No Clean Feed banner at the top of the sidebar to the right, and wondered what it’s all about. Simply put, the Australian Government wants to censor the Internet here in Australia. By putting filters at an ISP level, it wants to put certain material and websites on a list of banned stuff we aren’t allowed to see.

Ironically, early last week I posted an article about how ratings on films were somewhat inneffective these days. The topic of censorship has long been debated around the world about things like film, books, television (remember when the C-word was used on an episode of Sex & The City: how much controversy did that generate?!!) and other artforms. However, the internet was percieved as free from censoship and a place where any and all ideas could be put forth, regardless of political agenda, religious beliefs and other, censurial ideas. Some countries, such as China, have taken a stand against the Internet and see it as a perveyor of porn and filth, as well as ideas that don’t sit well with the Government’s idea on what is good for The People.

Here are Fernby Films, we do not abide by censorship of any kind. We believe that people have a fundamental right to view any material they see fit. Of course, this has to be contextualised with some kind of system where we don’t let our children see objectionable material, such as pornorgraphy or scenes of violence. However, putting a blanket ban on the Internet is not the way to go. Putting filters on ISP’s to stop people accessing certain material simply wont work. You can bet your bottom dollar that some smarty pants somewhere will figure out a way around it, and thus the problem will be exacerbated anyway. It stands to reason that asking ISP’s to filter content will slow down access speeds to the Internet, resulting in consumer anger.

The Goverment will say that they have an opt-out option, which is fair enough, although what they apparently don’t mention is the secret, level two filter that will apply to all Australian households, regardless of whether there’s children present or not. So while you may think you’re opting out of this filter, and getting full-feed Internet access, you still wont be.

I understand why the Government has tried to do something about what is seen as some kind of epidemic here in Australia. After all, you can’t have everybody looking at porn, right? What kind of world would that be? Okay, so I’m ebing faecetious, but the point remains: why does our Government feel that it has the right to tell us what we can and cannot see? Some kind of moral obligation? Sorry sunshine, your moral obligation to protect me stops at my front door. In the privacy of my own home, I should be able to watch, see and write and express my views, as I see fit.

For more articles on this topic, you can see them via Mick Kublers posting, on his website, uploaded during the week: No Clean Feed.

Because a small minority of vocal anti-Internet wankers have decided that they see the Internet as Evil, the rest of us should suffer.

While I do not agree with a large portion of questionably reprehensible content that’s available online for anybody to view, I think that people should be responsible for what they see online, not rely on Government intervention to stop the stuff they might happen upon, and it’s not up to the Government to try and extend their censorship hands around the World Wide Web.

I think that the Governments’ plan to try censoring the Internet, while doomed to failure, indicates a more subtle plan to make the country more PC, and stop people expressing ideas that could be seen as objectionable. The act of censorship has always been met with a backlash by the general population, and this should be no exception.

People think the Internet is too big to be censored.