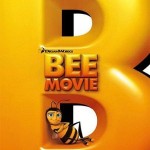 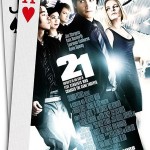 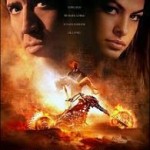 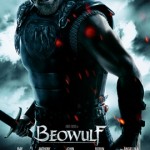 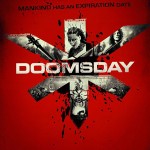 As you can see, this week we cover a few eclectic movies here at the site. Jerry Seinfeld’s animated film adventure, Bee Movie, buzzes in tomorrow, plus we also check out another comic-book movie, Ghost Rider, starring Nicholas Cage, to see if the flames and skull are worth a look. Robert Zemekis’s performance-capture film Beowulf swings into action as well, and we go to Las Vegas and the high roller tables, to check out Aussie director Robert Luketic’s latest flick, 21. There’s a trip to apocalyptic Britain as well, as we check out Neil Marshall’s latest event film, Doomsday, starring Rohna Mitra. It’s gory, bloody and controversial….. Plenty of alternative entertainment on offer this week!!!

On Saturday we present a teaser to the coming upload of Thrash Bus, my first feature presentation for Fernby Films. The original trailer is presented in all it’s glory, so enjoy it…. Thrash Bus is coming soon to the site, and we’re working on uploading it in as high a quality as possible…. Also, you’ll see the first editing project of mine under the FF banner, The Editing Process, which is a little bit funny. Not a lot, just a little.

During the week just gone, Mick and I went to see the latest Bond flick, Quantum of Solace. Hopefully you all spotted the last minute upload of our review on that film yesterday. If you didn’t, then do yourself a favour, check out our review, then check out the film!!

This week, though, the country goes Australia-mad, as we prepare for the latest assault on our senses with Baz Lurhmann’s latest epic, the 165 minute Australia, which is released into cinema’s this week. I’ll be back later in the week with my own views on this film, and hopefully it can live up to early preview reviews, which have predominantly been positive. If you’re a patriotic Aussie, I suggest picking up the missus/hubby, and getting along to your local cinema and checking out a film that has the potential to polarise or galvanise local audiences. Regardless of international success/failure, Australia is sure to provoke a reaction amongst our own national audience.

As we close in on our December holidays, we’re preparing a whole slew of new reviews to keep you coming back each day. Don’t worry, we aren’t going anywhere.

As we speak, I am conducting an interview with our very own Doug Shearer, finding out a little more about our “foreign correspondent” for your edification. Doug has sent us a couple of articles for publishing, which we’ll start uploading monthly in 2009, and they’re fantastic. Doug’s got a thing for vintage films, classics and the not-quite-so-remembered, so expect to get a more balanced view on the film industry beginning in 2009.

As you can see, we plan quite a fair way in advance here at the site, to ensure we have no periods of inactivity. Nothing worse than coming to the site to see the same post day after day… so we’re doing our best to have a new post, review or article online each day for you. That said, we will be having a little time off over the Christmas period, but there’ll be plenty of warning about that later in December.

Speaking of December, we’re working on our lists of the best, worst and stupidest films we’ve seen in 2008. Those lists will go up over the Christmas break.

It’s a our very last look at what made us happy, sad and angry throughout the year. That’s sure to be fun. It’s a while away, but maybe you could start your own mind thinking about what you think has been the best, and worst, of the past year. Let us know, we’re always interested!!

For those interested in films, and I know (and hope) that’s most of you, you might be interested to read that I am also contributing to US website www.moviesmackdown.com, where we put two movies in a ring together and let them beat the crud out of each other. Check out my first post on this site, Hancock vs Superman: The Movie, which was put up yesterday. You can find it by following this link. Enjoy! And many thanks to Bryce at moviesmackdown.com for allowing me free reign to continue reviewing my favourite films!

You may have noticed some new adverts being put up in the sidebar to the right, letting you know some of whats coming up around the site. Diligent viewers will see that we’ve decided to post a review on The Polar Express on Christmas day. We’re also working on a few other Christmas-themed reviews for the Xmas week, to get you all holly, jolly, smiling and happy.

Anyway, I’m off to check out some more films, so I’ll catch you at the cinema! Or, at the very least, the DVD store.