Two decades after the byte-rattling conclusion to their seminal sci-fi action trilogy, one half of the Wachowski Sisters is back to direct this splendidly silly repurposing of their most famous franchise with a far-too-late and far-too-few reboot, aptly titled The Matrix Resurrections. Lacking almost the entirety of the original cast, with the notable exception of returning leads Keanu Reeves and Carrie-Anne Moss, Lana Wachowski rides the currency of nostalgia deep into the well and spends up big, with a loud soundtrack, nonsensical plot and gorgeous photography. Despite lacking any kind of kineticism in the frantic, confused action sequences, Wachowski, who shares a co-writing credit with David Mitchell (not the comedian, but rather the “Cloud Atlas” author) and Aleksandar Hemon (“The Lazarus Project” author) crafts a return to the subject matter with which she and her sister made their names, although in this instance the cerebral intelligence of the 1999 original is lacking any substantive reprise, reduced to mumblings from the incoherent Neil Patrick Harris and the daft ravings of stand-in Agent Smith Jonathan Groff. 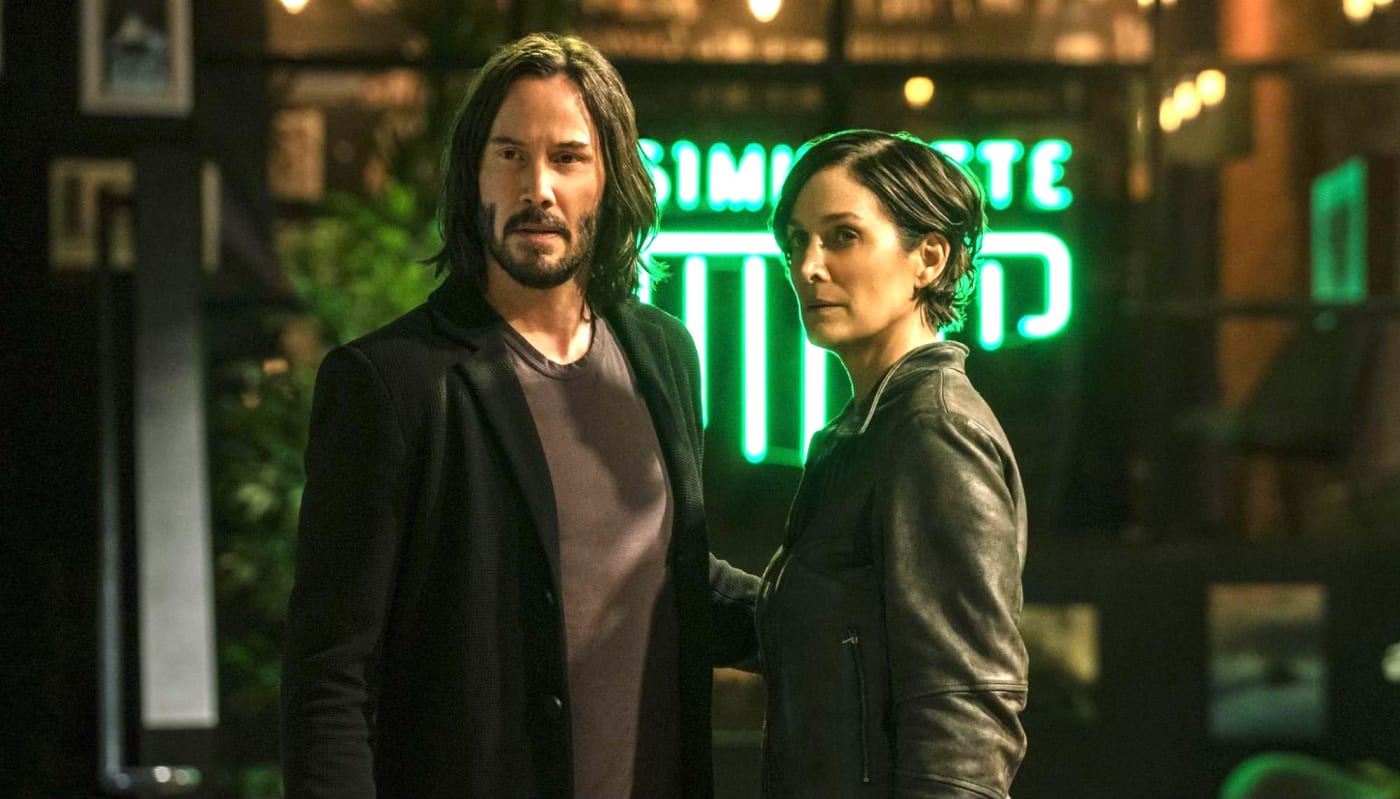 Thomas Anderson (Reeves) is a successful video game developer, and is renowned in the industry for creating the seminal Matrix series, based on his memories as Neo. He has a fractious relationship with his boss, Smith (Jonathan Groff), spends time dealing with a therapist (Neil Patrick Harris), and has an attraction to a woman he meets vicariously at the local coffee shop, Tiffany (Carrie-Anne Moss). Unbenownst to Anderson, he is actually plugged into a computer programme known as the Matrix, controlled by machines who are searching for the new human city Io; his is contacted by a mysterious figure called Morpheus (Yahya Abdul-Mateen II), who is part of a group of humans on the outside seeking to bring the once-legendary hero back to the Real World. Aboard the ship the Mnemosyne, the captain, Bugs (Jessica Henwick) and her crew save Neo from the Matrix, whereupon his return to Io is met with hostility from former ally Niobe (Jada Pinkett Smith), as well as friendship from one-time exile programme Sati (Priyanka Chopra Jonas), who sees in Neo the way to return Trinity to the world and finally start to win the war against the machines. 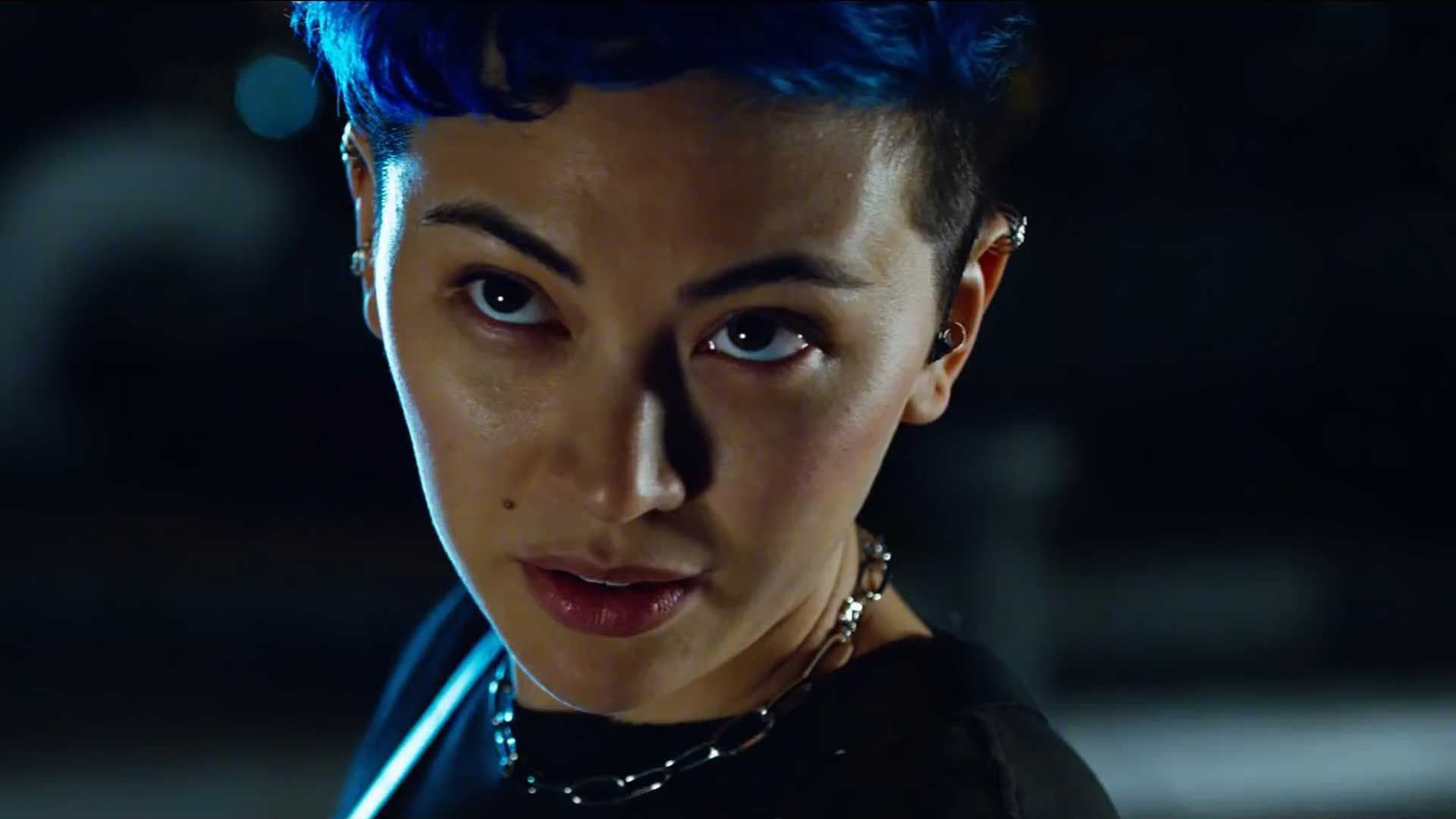 The Matrix Resurrections makes absolutely no sense. It’s a film that shouldn’t exist, telling a story that makes no difference, with characters the world has moved well beyond, in a premise that has lost a lot of its nuance since the early 2000’s. Hard to believe it’s been nearly two decades since The Matrix Revolutions blasted through cinema screens; a lot has changed, especially in the online space, and a lot of this film’s aesthetic taps neatly into our obsession with the digital world we operate in today. Sadly, some of the franchise’s cleverest questions lack the same precision today, what with tacit dissection of free will and choice feeling decidedly lacklustre in the Wachowski-directed screenplay. If anything, The Matrix Resurrections neatly reboots the original film with some minor twists in the tail, operating as both a sequel and a revamp of a franchise practically dead in the water of ongoing pop-culture discourse. It’s rare a film will tap into the zeitgeist and I’m here to declare this movie ain’t it, but it’s still a stylish romp into a familiar world that ekes out some wry humour, revisits some old friends and locations (the subway station setting of the first film’s climax Neo-Smith brawl gets another run) and pontificates a little too much for a film with so little to say. 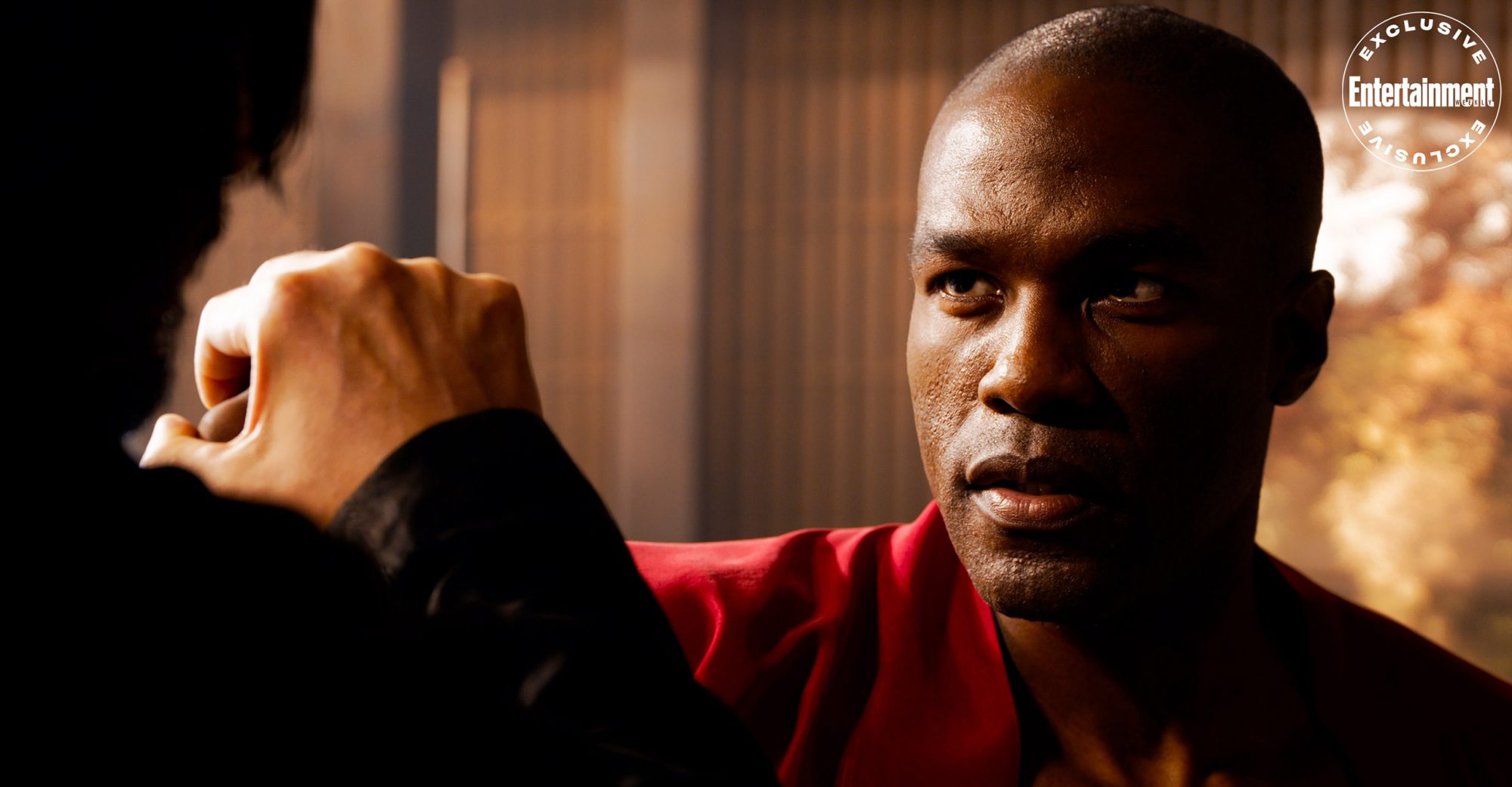 Classing up the joint is the always affable Keanu Reeves, returning to one of his most iconic roles in Neo. Despite having aged substantively, he fits back into the character like a foot into an old shoe: comfortably. He still has that continually perplexed look on his face the entire way through the movie, like a constipated kitten trying to outwit a mouse, whilst Carrie-Anne Moss, underserved by her flaccid character development, looks equally perturbed by what she’s signed on for. Neither Neo nor Trinity are particularly well served by this concussively confusing plot, which sees him leaping out of, then back into, then back out of again, the Matrix until the audience is just as confused as he is. He isn’t helped that half the best characters from the previous trilogy are now played by different people – the reasoning for this, if you squint a lot, seems rational, but why couldn’t they get Fishburne and Weaving back as Morpheus and Agent Smith? Both actors appear in archival footage from the earlier films sprinkled through and throughout this opus, but they couldn’t spring for them in the budget? 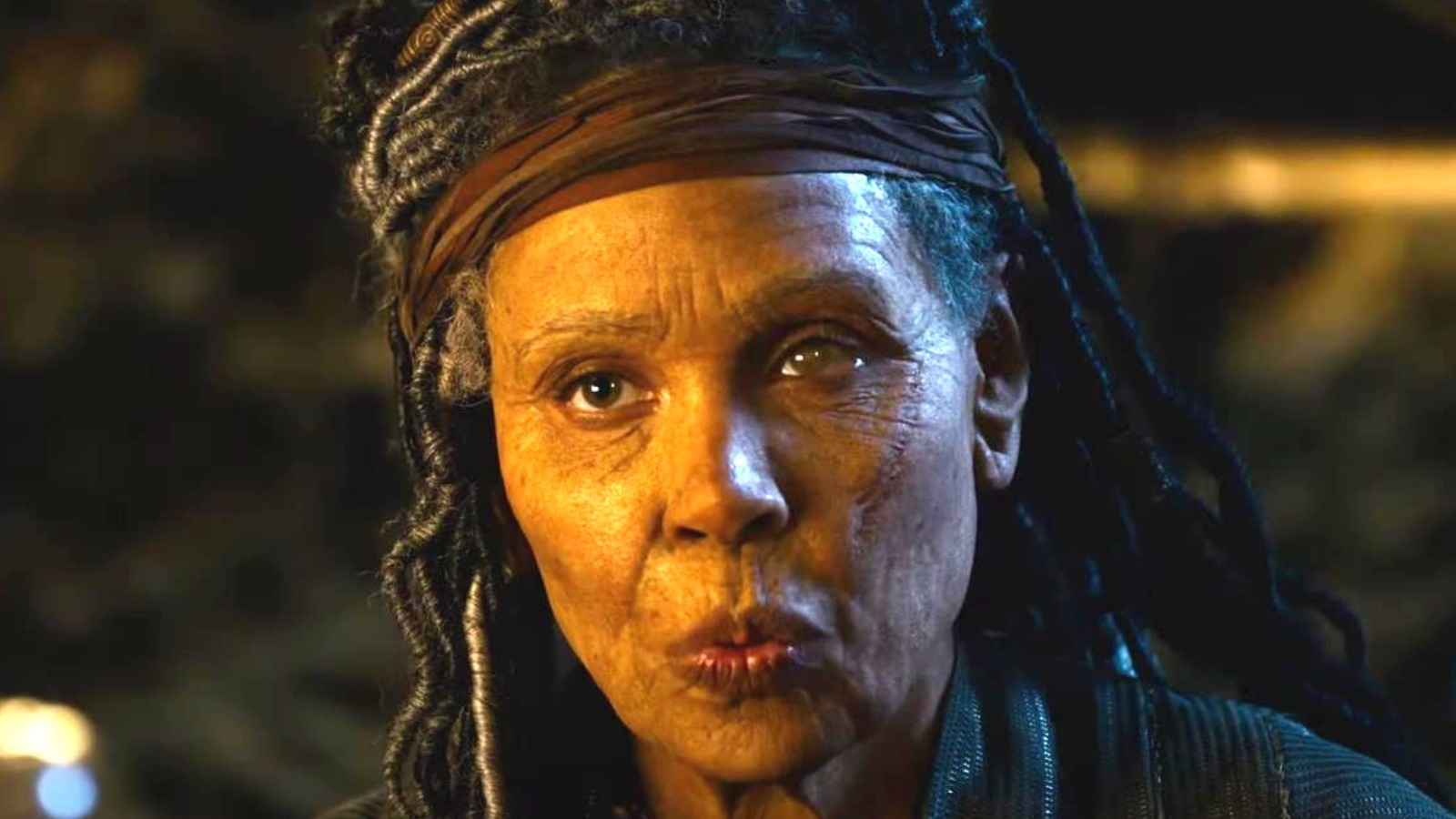 Instead we’re treated to the jarring replacement of them by Yahya Abdul-Mateen II (Aquaman) and Jonathan Groff (Frozen), neither of whom are slouches in the acting department but neither of whom are able to hold a candle to the actors who played these roles previously. Abdul-Mateen II lacks the masculine import of Fishburne, whilst Groff lacks the sizzling undercurrent of evil in his every pronouncement; neither are particularly bad, they just don’t resonate in these roles like they needed to to capture the audience. The fact that Smith isn’t the central villain undoes a lot of good work Groff manages to do here, too. We’re forced to watch instead as Neil Patrick Harris subsumes the role of Chief Bad Guy with a pair of pale blue glasses, a rat-a-tat patter and a penchant for monologing that would make even Syndrome blush. It’s not his worst role but as far as characters go it’s arguably the film’s worst. Jessica Henwick plays the role of a blue-haired real-world ship captain to perfection, offering a dazzling physicality and nuanced portrayal of Bugs even as the world around her turns to shit. The addition of Priyanka Chopra Jonas, as Sati (who was last seen in Revolutions as a little girl), was a nice touch, and the various actors in minor supporting roles scattered throughout the film all look pretty cool. Lastly, reprising her role of Niobe beneath a layer of old-age makeup is poor Jada Pinkett Smith – seriously, she’s the only other one they got to come back? Hell, even Lambert Wilson makes his brief spittle-laden cameo as the exiled Merovingian seem positively Shakespearean compared to the laughable work Pinkett Smith has to do here. 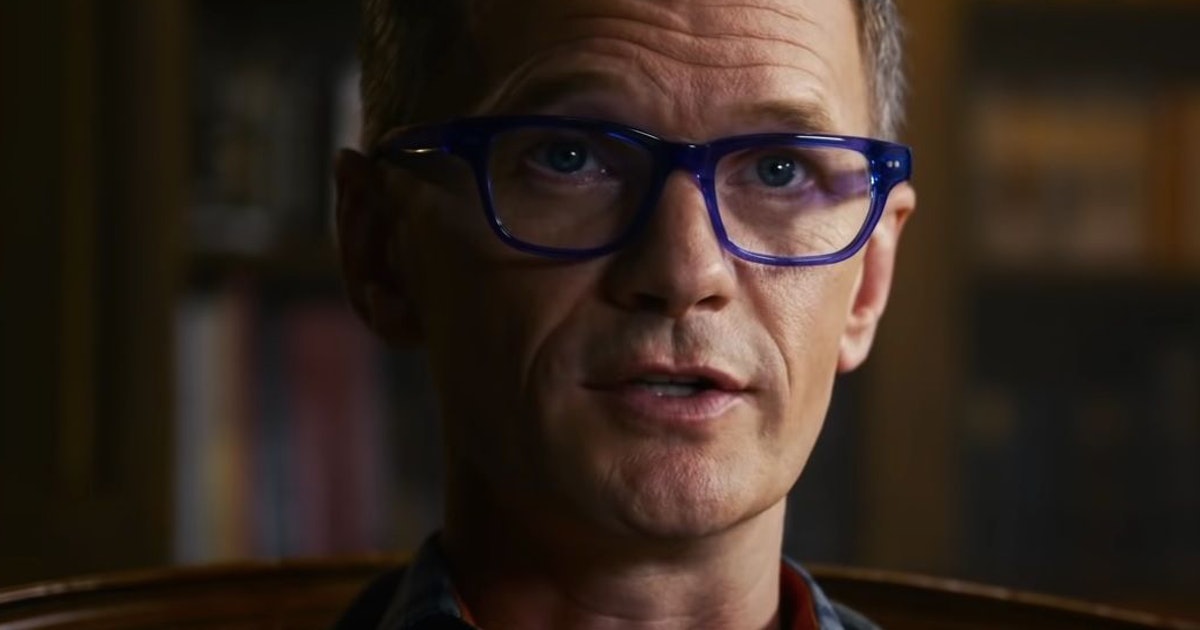 One of the biggest reasons The Matrix and its sequels were so successful is partially due to their ground-breaking action and often jaw-dropping visual effects. Whilst the original Matrix still stands the test of time today, and the sequels somewhat less so in terms of visual effects, The Matrix Resurrections is afforded the latest state-of-the-art digital accessorising to accomplish its reality-spanning narrative. The concept of Bullet-Time is revisited in a clever and unique way, but the logic behind its use here doesn’t make a lick of sense, and the film is populated by a raft of increasingly incomprehensible action sequences. It seems that Lana Wachowski isn’t the best director of action (which is hilarious when you consider she included Chad Stahelski, who was a stunt double for Keanu Reeves back on The Matrix originally, and who now directs films himself with the John Wick franchise remaining his most enduring, in an on set acting role as Trinity’s Matrix-husband) and Resurrections is an outrageous example of dimly-lit, semi-coherent combat scenes that do little to move the story along. At least in The Matrix (and somewhat in Reloaded) the action informed upon the story, giving it a narrative propulsion that drove the films along. Here, the action seems to exist as a pause in the narrative, existing for its own sake, which is something you never want in a franchise as intellectually exhaustive as this. I found the fight sequences lacked a fluency and urgency, the rehearsed choreography of each participant looking slow and encumbered by technicality rather than brutally fluid. The overwhelming odds faced by our heroes in the climactic sequences becomes a white-noise of faceless goons and blurry combatants flinging themselves across the screen, and any attempt to showcase a singular style or specific look is battered beyond all recognition. It all just felt too forced. 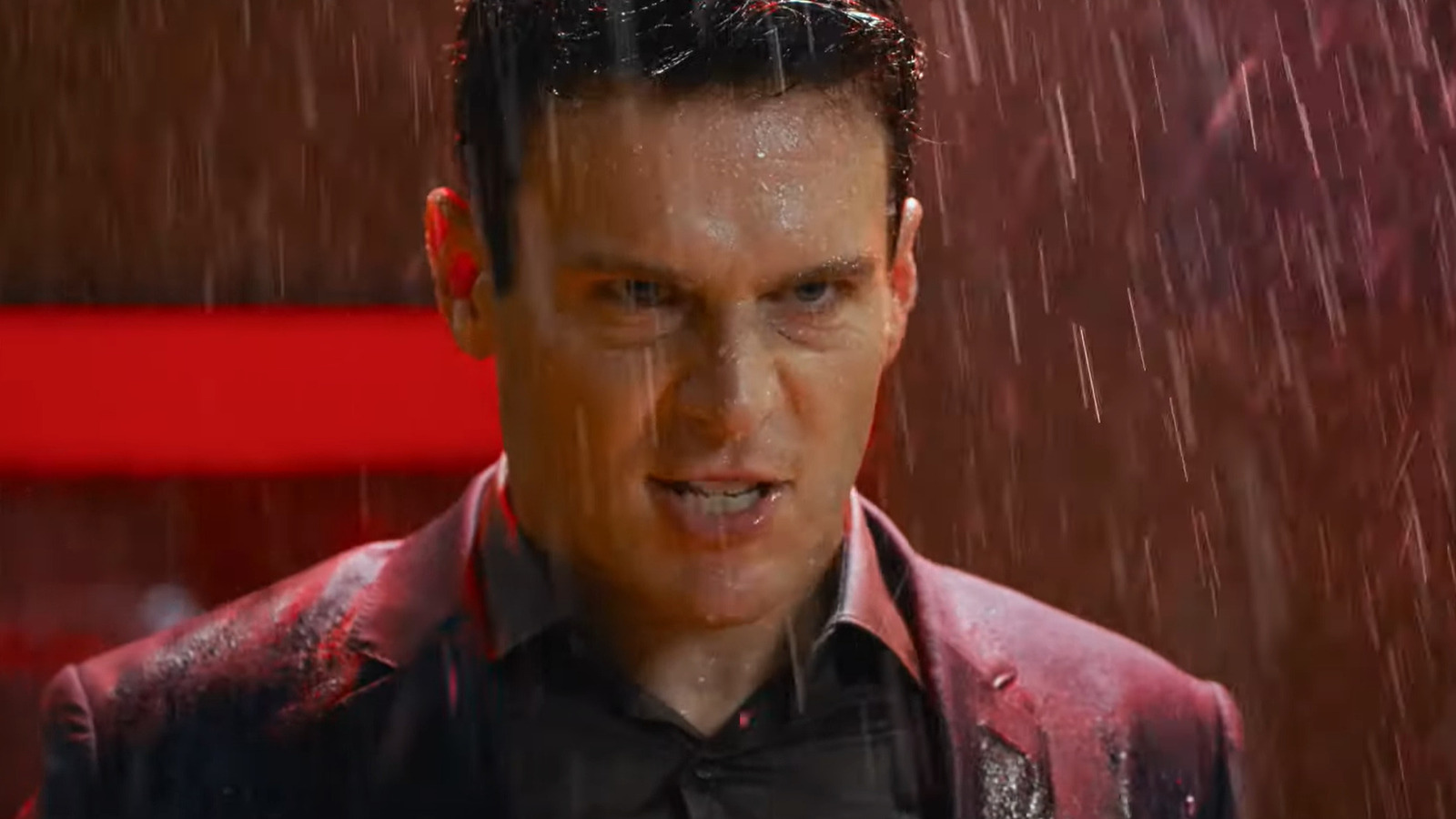 I did, however, enjoy the film for what it was. Unlike Lana Wachowski herself, I recognise that The Matrix Resurrections is a film that’s arrived far too late for its own good, offers little by way of intellectual stimulation for all the exposition it gives us, and ends up being a derivative, by-the-numbers sci-fi actioner that hardly manages to separate itself from others of its ilk. The sound design is superb, the soundtrack needle-drops are exquisite, and the score (by Tommy Klimek and one-time Run Lola Run director Tom Tykwer!) accurately apes the work of Don Davis, who declined to revisit this material I guess. It’s as prosaic and potent a return to the Matrix as one could have asked for, less one Wachowski, several still-alive but absent actors, and the familiar Sydney skyline (now replaced by San Francisco). It tosses in half-baked ideas and concepts surrounding choice and free will but it all seems a little too full of itself to matter. It’s an enjoyably spectacular opus treading water on itself instead of swimming new strokes, and while it’s a far cry better than the finale of the original trilogy, Resurrections is perhaps one back-from-the-dead franchise that ought to have stayed buried.