Despite a hefty $200m production price tag, a pair of eminently bankable leading stars, and the backing of one of Hollywood’s preeminent A-list studios, Jaume Collet-Serra’s Disneyland-ride-turned-film-premise Jungle Cruise is a gormless waste of everyone’s time. Based on the ride of the same name at Disney’s famous theme park, Disney counted on something similar happening with this film as happened to The Pirates of The Caribbean; that is, a film that would make gigantic bank and kick off another franchise. Silver linings and all, Jungle Cruise will do neither of those things, sinking to a pretty deplorable box-office (largely thanks to both the ongoing Covid pandemic and the fact that Disney decided to launch the movie on its Disney+ streaming service simultaneously, cutting deep into its profitability) and failing to capture the pop-culture zeitgeist that Johnny Depp’s infamous Jack Sparrow did. Dwayne Johnson may be a more dependable draw at the box office than Depp, but not even his brawny physique or Emily Blunt’s charming charisma can salvage this absolute shipwreck from keelhauling itself on the bottom of the Amazon river.

This isn’t to suggest that Jungle Cruise warrants such failure, because it’s not a bad film. It’s not great, but it’s not bad. The story takes strong-willed British explorer Dr Lily Haughton (Blunt), throws her into an Amazon River quest with boat captain Frank Wolff (Johnson) and a foppish brother MacGregor (Jack Whitehall), up against derange German Royal Prince Joachim (Jesse Plemons chewing all the scenery), a trio of cursed-and-resurrected Spanish conquistadors (led by Edgar Ramirez) and a slavish riverboat businessman (Paul Giamatti, stuck in the wrong film) as they all have a crack at locating a mysterious and potent secret tree hidden deep in the jungle, a tree whose leaves hold the key to an ancient power that could change the world. Smothered beneath lacklustre CG and obvious green-screen backdrops intended to be the Amazon River, Jungle Cruise’s story limps along in second gear with Emily Blunt doing her best Dr Livingstone impression while Johnson, sporting quite the tight shirt topped with a dashing sailors cap and a digital jaguar by his side, with the plot disappearing up its own ass with asinine complexity, leaving the actors unable to generate the required sense of fun needed for the film to capture that magical ingredient to engage the audience. 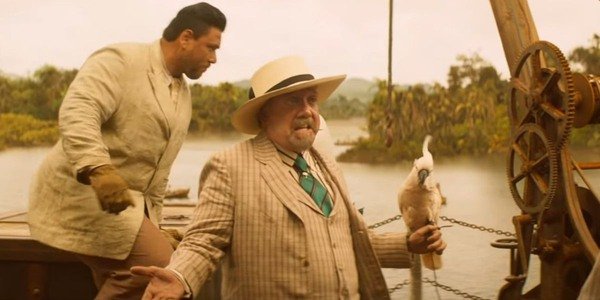 Directed by Spanish-born director Jaume Collet-Serra, best known for his films starring Liam Neeson in Unknown, Non-Stop, Run All Night and The Commuter, Jungle Cruise certainly looks lavish at times, boasting bright colours and vivid, luxurious vistas of copious CG South American landscapes. Collet-Serra’s film is written by a quartet of screenwriters, John Norville, Josh Goldstein, Glenn Ficarra and John Requa, and although it’s obvious they’ve cribbed from a boatload of other films, this sense of familiarity ensures the audience isn’t going to die wondering what it was all about. Damning with faint praise, the plot and script is vanilla plain, Disney-fied and four-quadrant friendly without stretching either the actors or the audience to think outside the box. These kinds of movies aren’t hard to pull off well (see the recent Dora & The Lost City of Gold for how to do this exact same film perfectly) but Collet-Serra, even with the dumptruck of gold from Disney behind him and his production crew, the film’s junkyard-dog, cobbled-together feel and anti-enthusiastic tone is puzzling indeed. Although slickly produced, Jungle Cruise doesn’t separate itself from the pack, arguably it’s greatest failing, and in trying to achieve the perfect mix of adventure film sweetness ends up fizzling with daffy ideas and loudly mixed yet unexciting action.

You can hardly lay the blame for this on the shoulders of either Dwayne Johnson or Emily Blunt, either. While their pairing might feel like the result of a focus group questionnaire, Blunt and Johnson have terrific on-screen chemistry in solitude, but when thrown together in a scene they almost appear to cancel each other out. Blunt’s Dr Haughton is acid-tongued and forceful, with the obviousness of her plot trajectory being to eventually soften and fall for the hunky boat captain, whilst Johnson’s blistering megawatt smile seems out of place juxtaposed against the inhospitable Amazon jungle. Johnson may cut the swarthy figure but his raw charm and playfulness don’t work like you think they should in Jungle Cruise’s caterwauling plot conniptions. British comedian Jack Whitehall has a great time as Lily’s gay brother (you can almost see John Hannah throwing bricks at the screen wondering where his royalty cheque is), while Jesse Plemons – horribly miscast – at least has the most fun of anyone, playing the cruel and rapacious son of German emperor Wilhelm II, Prince Joachim, complete with his own submarine (what the hell?) and a gang of swarthy henchmen. Lastly, poor Edgar Ramirez is buried beneath layers of both prosthetic makeup and CG enhancements as Aguirre, the Spanish conquistador hell-bent on obtaining the tree treasure before anyone else – and with his character…well, again, you can almost see Bill Nighy throwing bricks at the screen looking for a Davey Jones royalty cheque….ahem. The common theme is that most of the characters in this film – including Dwayne Johnson’s windswept adventure hero and Emily Blunt’s bookish female heroine – all feel like characters we’ve seen before. While the characters may feel rehashed, the actors can’t be faulted for doing their level best to bring this material to life. 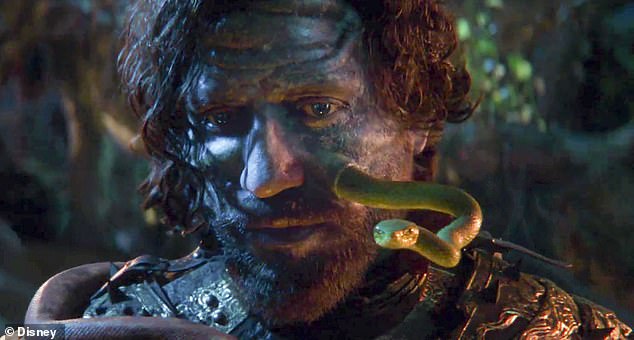 Also working against the film is the overuse of CG and green-screen. One of the best things about the Pirates Of The Caribbean films was their extensive use of practical locations and sets (from the enormous ships to the exotic equatorial ocean landscapes), while Jungle Cruise attempts to emulate the same feeling of that franchise without doing the legwork. There’s a lot of artifice to spare here, which robs the film of a sense of gritty realism, of being truly globe-trotting fun and adventure when in actuality half the movie could have been filmed in a shopping centre carpark. Collet-Serra tries desperately to give the film a zing and a zip with his action sequences, all of which have that basket-woven feel of lived-in clownery all great adventure films pride themselves in, but when the visual effects don’t quite live up to the standard the script demands, and the audience demands, no movie can overcome that. 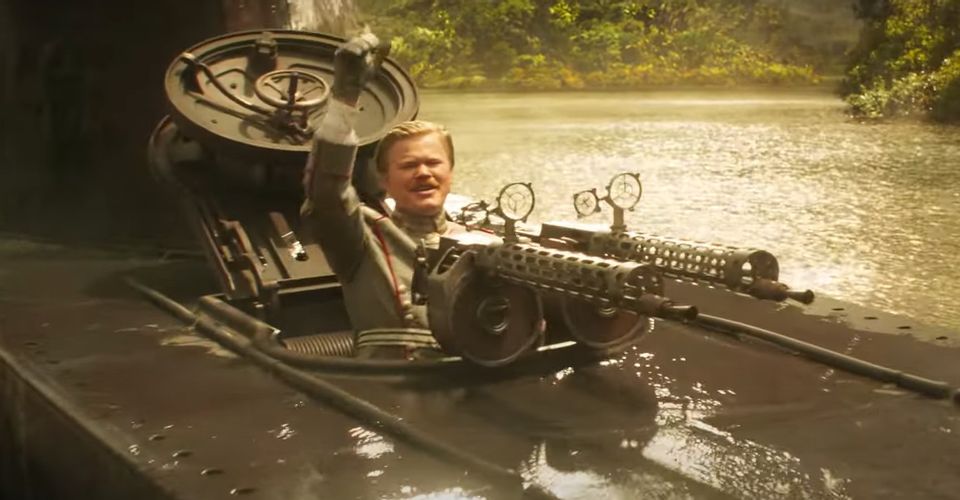 In the end, Jungle Cruise just kinda sits there, lumped in with the shitty Richard Chamberlain Alan Quatermain movies as “a good effort wasted”, clocking in at over two hours of waterlogged sound and fury signifying nothing, as inert a blockbuster as you’ll likely see this year and arguably one of Blunt and Johnson’s least engaging efforts. It’s not an awful film, by any stretch; your kids will love it if you’re stuck in lockdown. There’s a few gags that might bring a smile out occasionally, and it’s hard to assail the sheer presence of Dwayne Johnson in any role, really. If you’re after the least diverting, entirely unengaging and banal big-budget outing experience you can watch at home, Jungle Cruise will fit the bill.