Cult-classic horror figure Pennywise the Clown returns the scare the bejeebers out of a group of small-town kids, now adults, in this exceptionally well-crafted second instalment remake of the iconic Stephen King novel, IT. Whereas the first film, released in 2017, centred entirely around the eponymous Losers Club members in late-80’s Derry, Maine, the next chapter introduces grown versions of our heroes having to return to the town to combat a resurgent evil, mixing present day with flashback sequences offering compelling nostalgia and skin prickling horror that works an absolute treat. Like most sequels (or second chapters), this film won’t make much sense if you haven’t seen the first part, making it a compelling reason to watch both films back to back to fully gorge on the terrific work director Andy Muschietti weaves with this fabulous, fascinating opus. 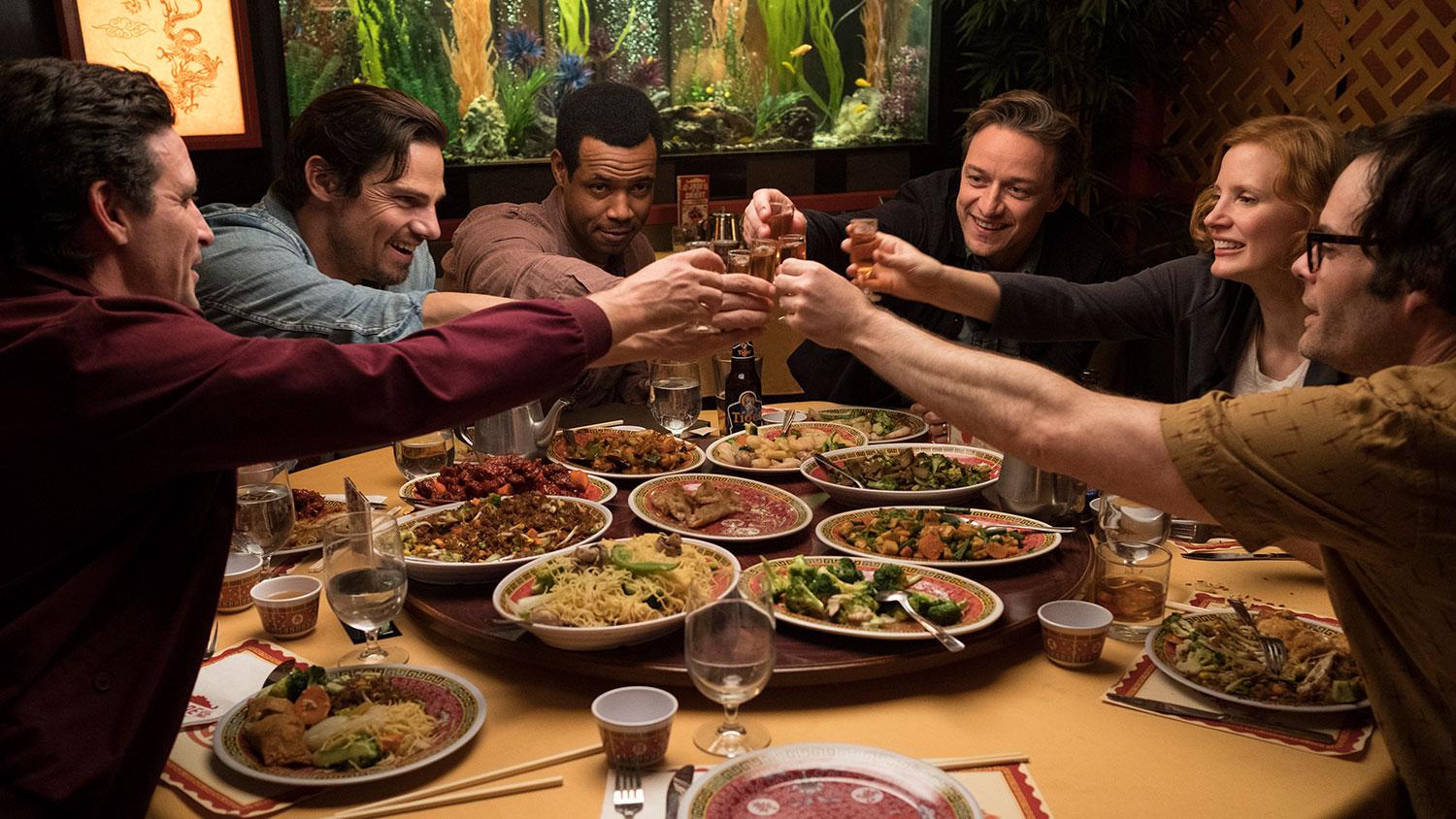 In 2016, the small Maine town of Derry is once again tormented by a supernatural evil killing off the local children. Mike Hanlon (Isaiah Mustafa), one of the last members of the Losers club still living in town, makes good on the groups childhood promise to return to Derry should Pennywise (Bill Skarsgard), the evil clown defeated in the previous movie, return again, by calling up his old friends. William “Bill Denborough (James McAvoy) is now a successful writer working in Hollywood, Richie Tozier (Bill Hader) is now a stand-up comic in Chicago, Ben Hanscom (Jay Ryan) has transformed from a chubby child (Jeremy Ray Taylor) into a svelte but lonely architect, and Eddie Kaspbrak (James Ransone) works as a risk analyst in New York City. The group’s only female member, Bev Marsh (Jessica Chastain) has carved a career as a fashion designer also in New York City, however she endures an abusive marriage analogous to the relationship she once had with her late father Alvin (Stephen Bogaert). The only member of the group not to return to fight Pennywise is Stanley Uris (Andy Bean), who cannot overcome his terror of the memory of Pennywise and subsequently kills himself after Mike’s call. With the group gathered in Derry, the film enters a series of flashback sequences reintroducing the various characters in their younger days – Sophia Lillis, Jaeden Martell, Finn Wolfhard, Chosen Jacobs, Jack Dylan Grazer and Wyatt Oleff all reprise their respective roles – showing us how the events of that summer tore the group apart, whilst contemporary narrative sees Mike deducing a way to defeat Pennywise forever as the now older Losers race the clock to locate various artefacts they can use to help. 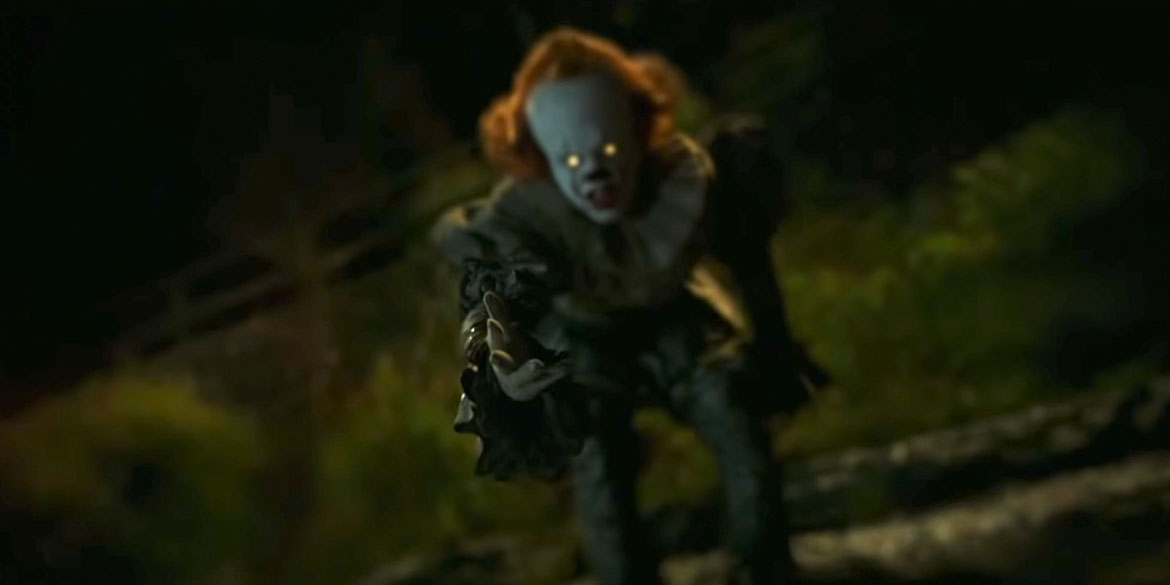 Given the success of 2017’s IT came along despite almost no well known names in the film, the addition of star power in IT Chapter Two only works to make the film even more stuffed to the gills with reasons to enjoy it. The wonderful thing about both films is Muschietti’s attention to little details from King’s eponymous novel, an enormous tome whittled down to as perfect a distillation of the original text as I think I’ve ever seen aside from Peter Jackson’s Lord of The Rings. It’s rare when such big-name stars as Jessica Chastain and James McAvoy tackle what is maybe the defining horror work of our time, with the genre generally unable to pull in such gun talent for the blood and gore associated with thin writing and schlock direction. What Muschietti achieves with Chapter Two is astounding, given the enormous cast, various disparate arcs and demands of the script to both terrify and continually entertain the audience, and that a near three-hour horror film never ever seems to drag is something of a near miracle. Also as miraculous is that it turns out to be actually quite good. 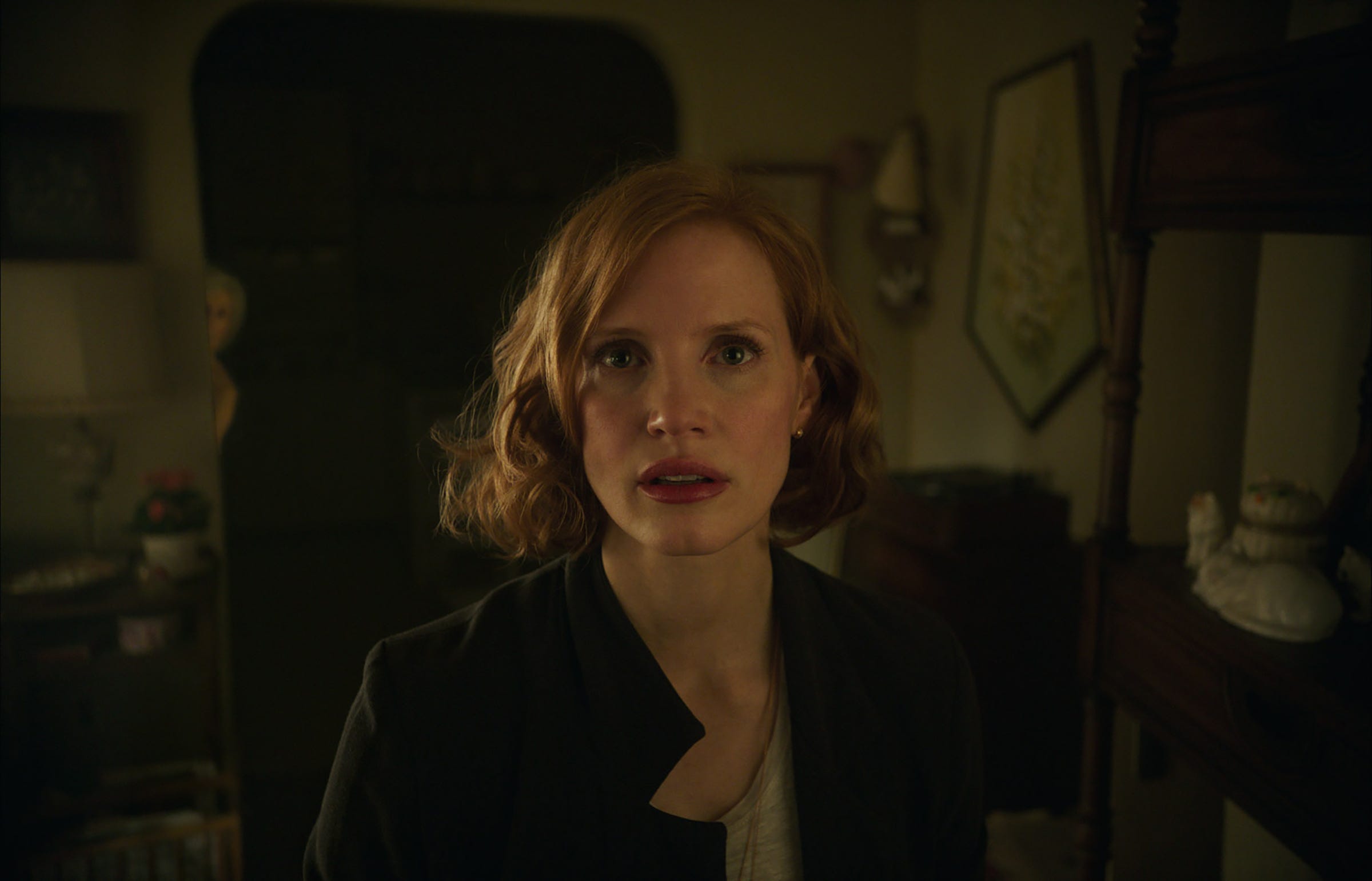 Like its predecessor, IT Chapter Two is heavy on nostalgia, heavy on creepy gore and jump scares, and well performed by the entire cast both young and old. Gary Dauberman’s solo screenplay effort on this second film sees a heavier emphasis on lost childhood, grief, PTSD and emotional distress play out across the supernatural realm of Pennywise’s head-chomping scares, honouring Stephen King’s enormously popular (and very dense) novel as best as possible within the allowable running time. Which is saying a lot, because there are very few horror film that can sustain nearly three hours of unrelenting fear, and even fewer hoping to capitalise on such depth of character as Muschietti affords us here. Make no mistake, there’s a lot of dark corners hidden in this creep-fest and Muschietti, together with yet another terrifying turn from the digitally augmented Bill Skarsgard as Pennywise, will send a shiver down your spine many times before the final credits roll. Jump scares, slow brooding creep, and skin-prickling eeriness all combine with many, many scenes of pure King-esque horror manifesting beautifully within Muschietti’s clear camerawork. You can feel the big-budget nature of IT Chapter Two, and whereas most successful horror films work best precisely because they have no money to spend, this sequel is afforded a luxurious, lavish style. Incoming DP Checco Varese, replacing original lenser Chung-hoon Chung, does an amazing job making his film look near identical in tone and style to the previous entry; as I said before, watching both IT and IT Chapter Two consecutively makes for a brilliantly executed 5 hour film. 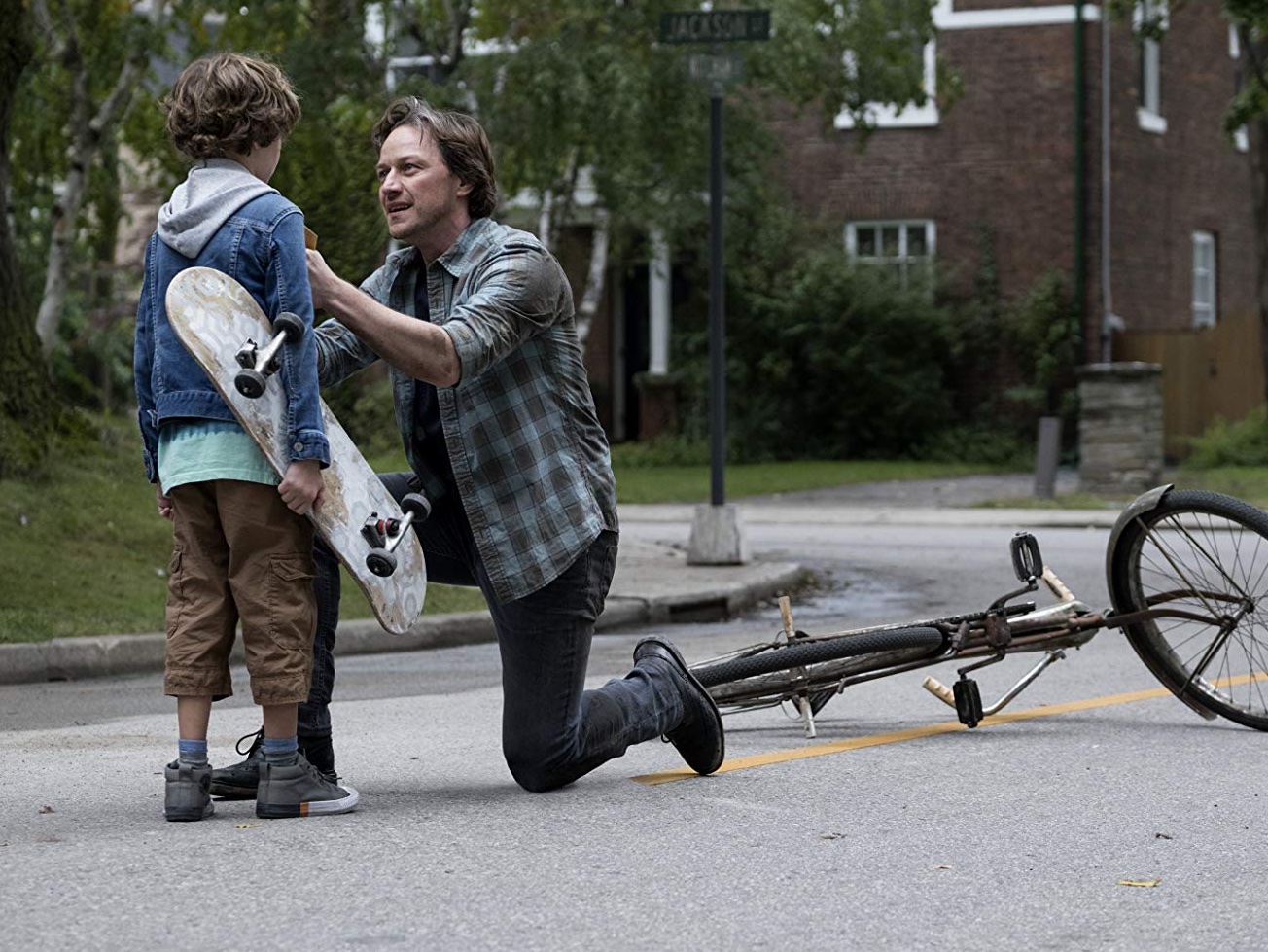 Headliners Jessica Chastain and James McAvoy work overtime to rekindle our love affair with Bev Marsh and Bill Denborough, with the former achieving excellence and the latter coming off looking out of his depth entirely. Chastain captures the much abused Bev with nuance and subtlety, a twitch of the eye or a furtive glance indicating emotional distress, and again young Sophia Lillis essays the childhood role to perfection. McAvoy feels a lot less secure about his role in the film, his portrayal of the older Denborough sibling – the only one left alive, that is – teetering on cliched, with McAvoy’s afflicted stammer feeling less natural than that afforded us by Jaeden Martell, portraying Bill as a kid. In truth, of all the actors on screen, it was McAvoy I thought came out the worst, his sense of grief over the death of his brother Georgie, so prevalent in the first film, lacking coherence and catharsis. 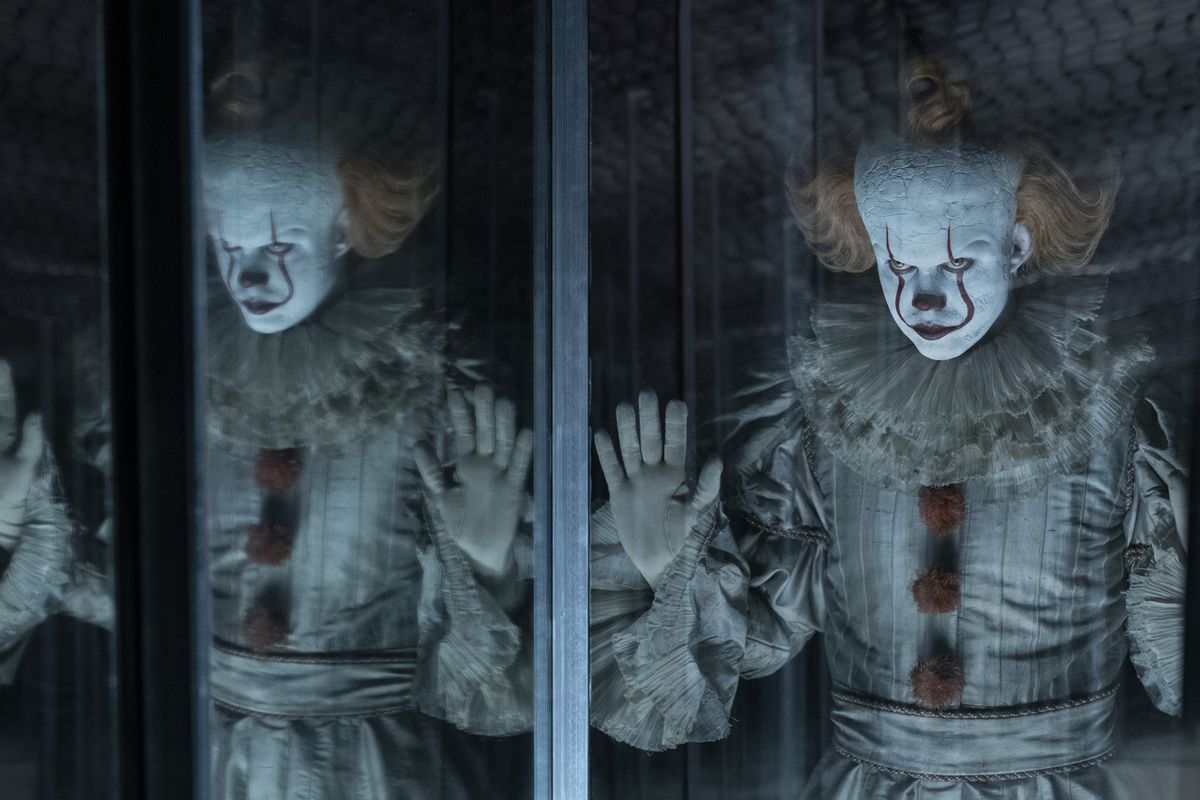 The major supporting roles of the rest of the Losers club all perform well above their complexity. Bill Hader’s wry comic style works as treat as motormouth Richie, James Randone is lovely as the nerdy Eddie, Jay Ryan’s Ben Handscom is the perfect romantic interest for Chastain’s put-upon Bev, and Isaiah Mustafa adds the prerequisite expositional narrative work to his cumbersomely unencumbered role of Mike Hanlon, arguably the most reliably solid of all the Losers still alive. Mustafa’s role is to inform the audience as to the reach, effect and history of IT, while simultaneously having to keep the gang together when things start to fall apart. The callbacks to the previous film are woven seamlessly into this sequel, and you’d never guess that they were filmed several years apart, it’s so good. Returning players to the franchise include Nicholas Hamilton as the odious town bully, Henry Bowers, while author King himself pops up in a surprise cameo – about the only moment in which I was pulled out of the movie – and several recurring IT themes make themselves known in alternative, equally menacing ways. 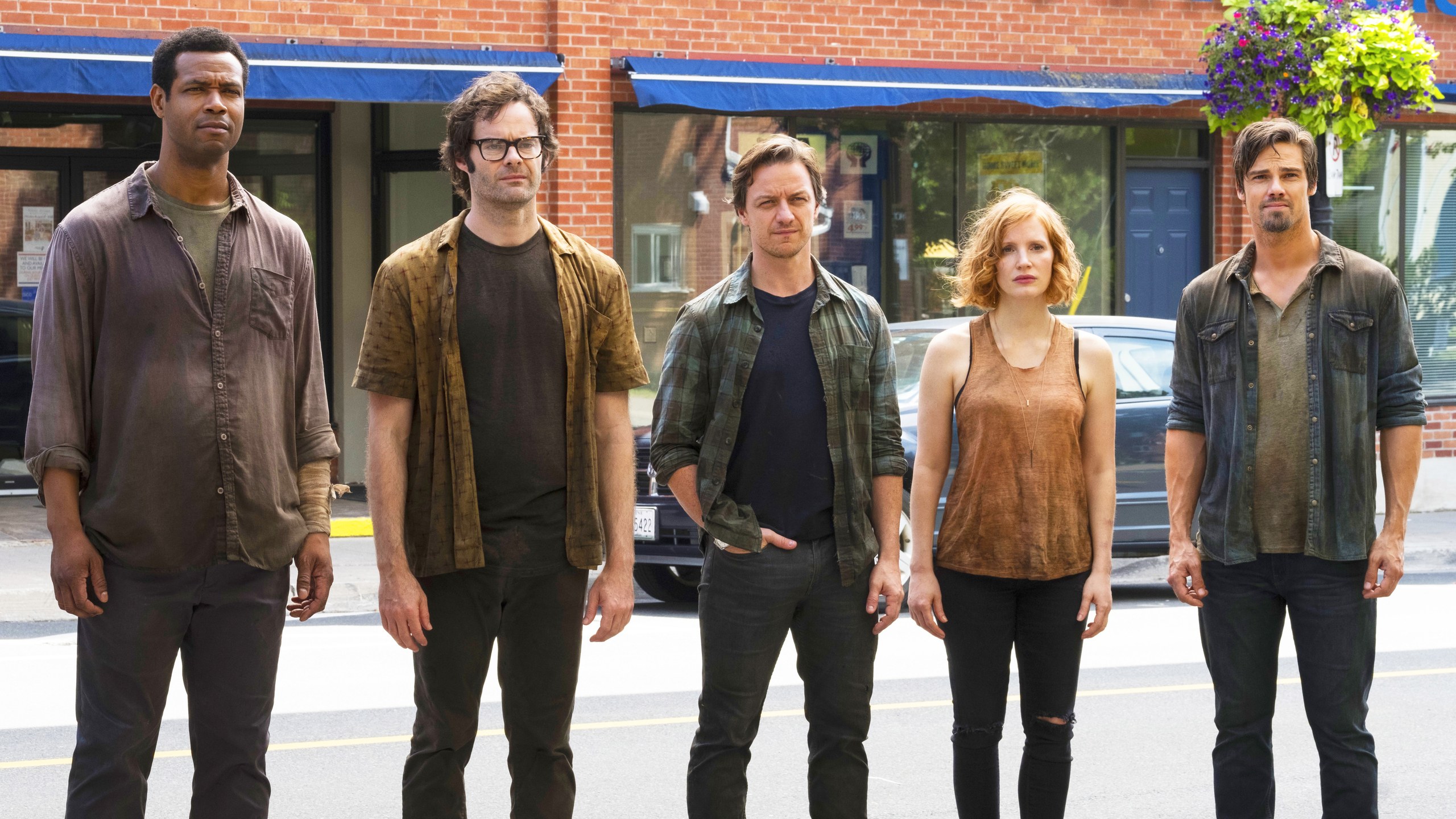 The key to it all is Pennywise, of course, and Skarsgard’s lascivious visage and dovetailed eyeballs make for truly creepy mayhem. The spittle-driven allure to children is baffling – hell, even one kid under the school bleachers remarks that he’s scary as fuck, before she’s devoured by the monster – and the unsettling nature of the character is only undermined by the film’s uneven portrayal of his defeat; Pennywise’s power is derived from three magical “deadlights” that hypnotise children to their doom, and Chapter Two’s depiction of the “Ritual of Chüd”, a mysterious circle jerk via which Pennywise is Ghostbustered into an old petrified Indian bull scrotum, does take your breath away for being outrageously specific. Yet the manifestation of evil, of fear throughout the film is indeed effective, hugely so in some cases, despite Muschietti relying on genre tropes here and there to keep audiences on their toes. Or in the back of their sofas. 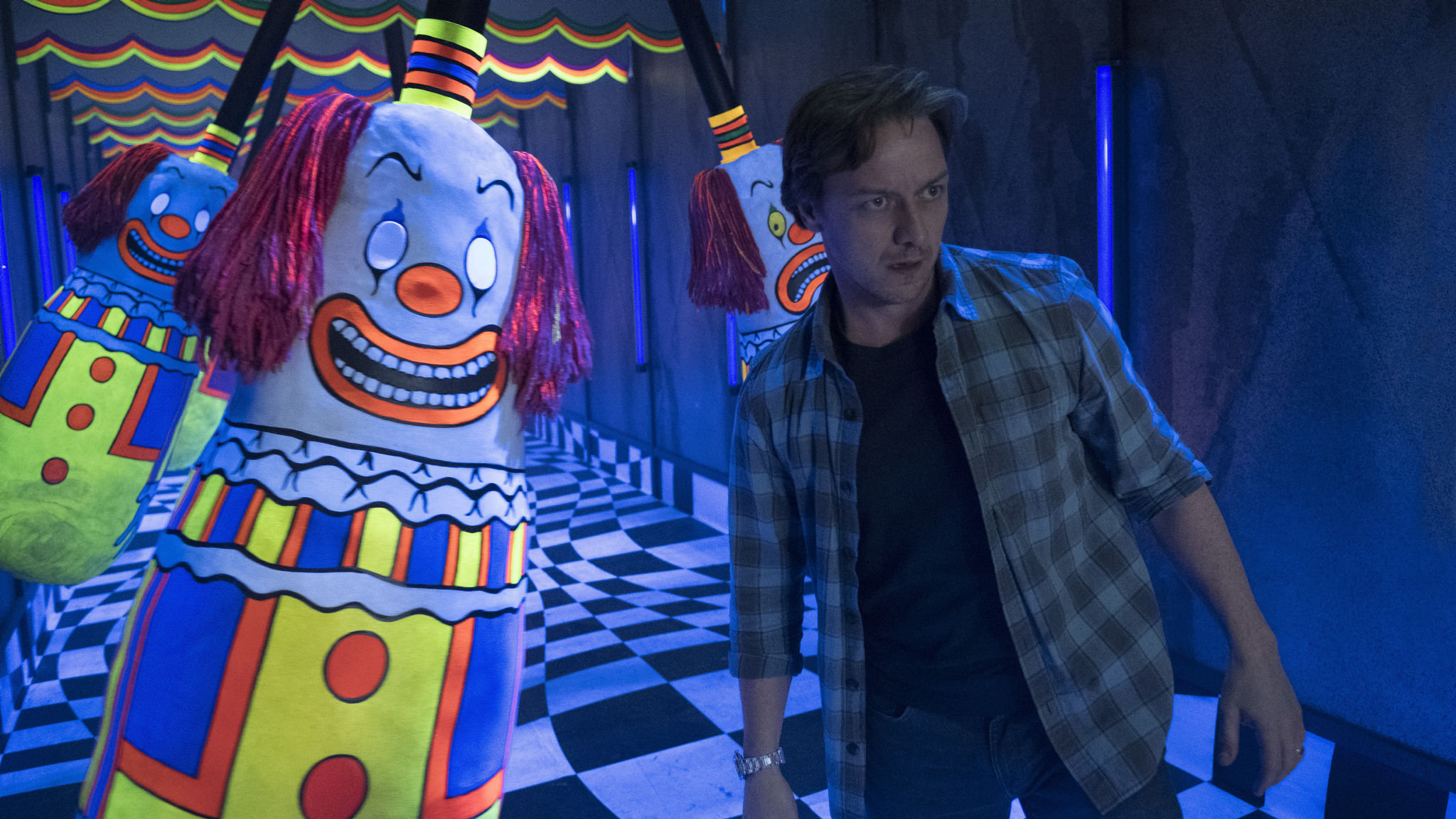 The thing about this film that differentiates it from the 90’s television miniseries version is that it makes the conclusion of King’s novel crystal clear, turns a confusing, hodgepodge of iconography and baffling ethereal circumstance into a narrative with enormous stakes not just for the characters involved but also the wider community, if the not the world. The infamous “Spider-IT” sequence at the end of the television miniseries is but an afterthought as Muschietti turns perhaps the most convoluted finale to a horror story into an insane, terrifying mix of practical body horror, mind-tripping psychotic torture and pure, unadulterated monster-movie fun. He has the budget to achieve something very few Stephen King films have been afforded; making you shit your pants and feel mildly dirty at the same time. 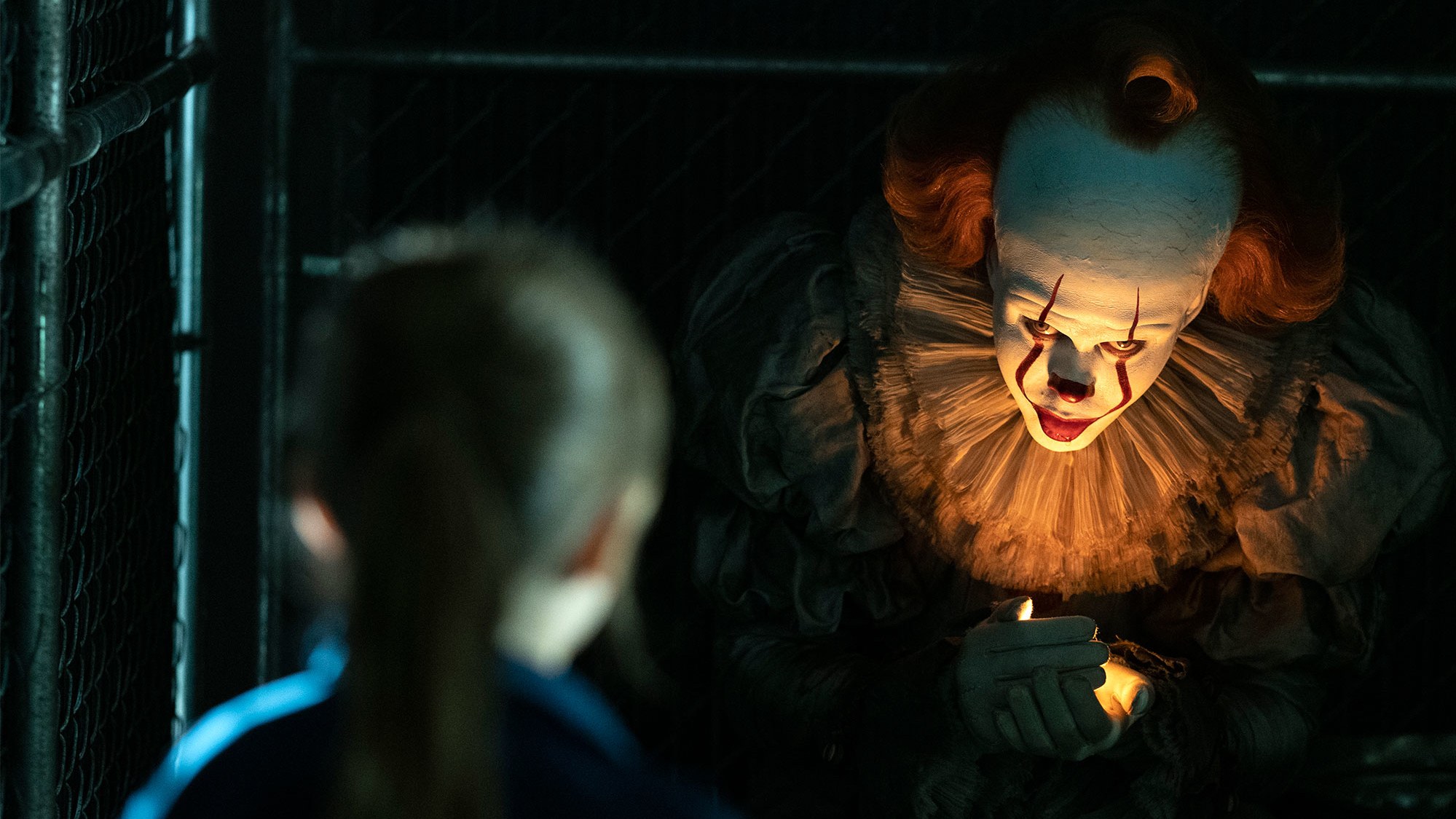 The best horror films tend to work primarily because they succeed in setting a tone. Typically, that tone is to unsettle the viewer with creepy characters, plentiful jump-scares and a degree of blood and/or gore. Andy Muschietti’s IT Chapter Two works not only because it immediately sets a terrific horror tone, but adds texture and character nuance into the mix as well, making for a frightening film on both the primal and intellectual level. While it may lose a little aw-shucks sentimentality by focusing moreso on the present day storyline, Chapter Two’s CG-enhanced scares and frighteningly effective brain-worm thematic underpinnings make it a compelling, enthusiastically daring big-budget subgenre entry that works far, far more than it doesn’t. A few might complain about the film’s length, but having read King’s book it’s the kind of story that you simply can’t tell in two 90-minute movies. Rewatching the first film only enhances the effectiveness of this one, and it’s already a top-tier horror film in any case.