I remember distinctly the first time I read Stephen King’s IT. It was the winter of 1988, I was in high school and I’d completed reading King’s The Stand for the first time. Looking for something else from this new-to-me author, I picked up the creepily named IT and took it home. Naturally, reading IT in the cover of darkness in my bedroom as the hours went from late night to early morning, the imagery of Pennywise, the Losers and the rain-soaked Maine landscape became firmly etched in my mind. “We all float down here” became the most spine-tingling thing I’d ever read. Naturally, IT was a phenomenon – biggest selling book of 1986, if memory serves – and it followed that a film version of the story would be made. Given the book’s complexity and depth of character, a single feature film could never do it justice, so the powers that be decided a television miniseries would be the best way to deliver the scares: the casting of Tim Curry as Pennywise the Clown (the personification of It) was a masterstroke. 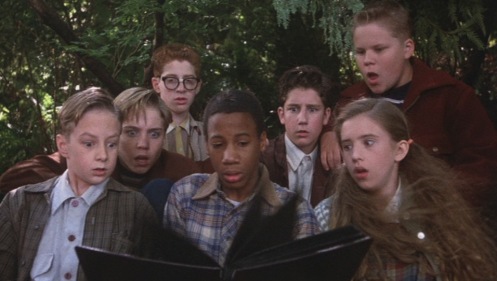 Boiling IT down to its core ingredient, the story is basically a coming-of-age story threaded into the present day ubiquity of an unlikely group of friends having to fight an impossibly bizarre evil. King’s novel was noted for the sense of wonder, awe and terror inhabited by the Losers, their faults, flaws and failings as kids finding their way in the world echoed by their successes (or lack thereof) in adult life. Even without Tim Curry’s Pennyworth dwelling around the edges of this thing, IT is a fairly compelling human adventure of friendship. Of course, things with King aren’t always as simple as they appear; the loss of childhood innocence through adversity is an aching feeling within us all, and while the story – and the film itself – run the risk of getting a bit silly with it all, Tommy Lee Wallace achieves a network television marvel. He makes IT, confined to a lack of gore, cursing and graphic horror, actually creepier than one might expect. 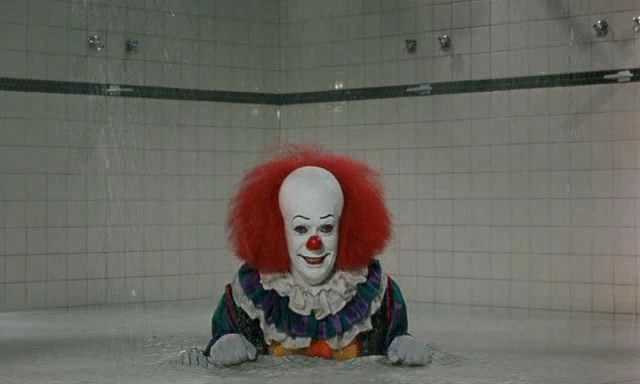 I say that, but it’s worth noting that time hasn’t been kind to IT’s flavoursome production value. Hairstyles and clothing styles notwithstanding, the film’s key child actors – among them, former child star and eventual suicide victim Jonathan Brandis – waver between pretty darn great and distinctly average, but even through wooden acting the film’s tremulous fear factor shines strong. It’s a testament not to screenwriter Lawrence D Cohen (together with director Wallace) but to King’s original story, which overcomes many of the ABC Studio’s production failings and works as its own beast. Thankfully, Cohen and Wallace keep much of King’s story intact (as best I can remember, anyway) and use the dual-period narrative – one half set in 1960, the other, “present day” – to great effect, with the past heralded as memories of the older, still fearful characters. It’s an oft used cliche method these days, but the story and characters both work in unison to strengthen the weaknesses of the other, combining to deliver a satisfying whole.

But yes, the typical 90’s visual aesthetic of IT shines through in every frame. Sometimes it’s laughable, sometimes it’s outright cringeworthy (the end of shoulder pads, for example) and at others, it’s definitely forgettable. The 60’s-set stuff works an absolute treat, albeit in that somewhat low-budget way television shows of the era try and get away with, but you can’t fault Wallace for stretching that network television dollar as far as he can. In saying that, there’s a distinct restraint here that kinda throws off the narrative edginess you’d expect from a full-blooded feature film. Unfortunately, IT isn’t particularly gory (the gore there is retains that plasticised, fake-looking stuff that wobbles when you touch it), and offers sideshow circus freak effects that, sadly, look dated to the extreme compared to today’s stuff. Corpses and the effects of It, as it transforms into a giant spider (it’s a confusing aspect of the film, and probably the weakest “grand finale” effect ever before being toppled by the CG Scorpion King in The Mummy Returns), stretch credibility but service the story adequately for a less discerning viewer. One might call them competent in a cheesy 90’s way. 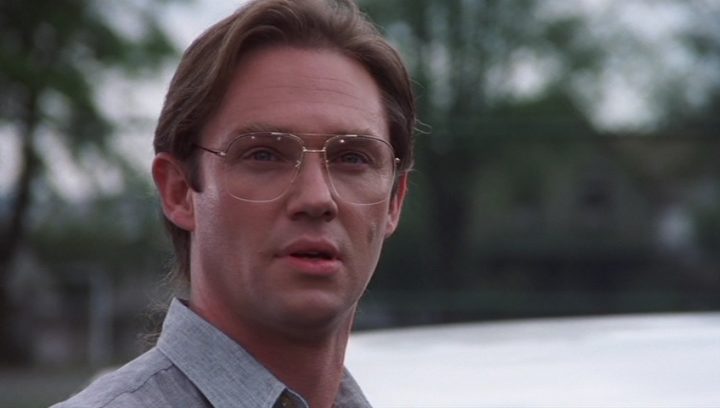 Naturally, the film is largely driven by the performances of its cast, of which the adults perform admirably while the kids of the piece vacillate between competent and incompetent. Given the strongest element of the film is the childhood sequences, it’s interesting to see Jonathan Brandis in an early role playing the kinda part Jonathan Taylor Thomas might have snagged had he not already had a career. Brandis anchors his role with seamless child-acting, the kind of rote-line-learning delivery many a film has run aground on; he’s not the only one, mind, but he’s the most obvious. Brandon Crane, who plays an overweight younger version of John Ritter’s Ben Hanscome, actually provides the film with a fair degree of heart (kinda makes you wonder about King’s ability to generate his most memorable characters out of fat kids: see Jerry O’Connell’s tubby part in Stand By Me) and of all the child actors, I think he does best of the bunch. Ritter, alongside one-time Lana Lang Annette O’Toole, as well as a serviceable Harry Anderson, provide gravitas to the adult-themed elements of the film’s present day storyline, although it must be said that poor Jared Blancard, who portrays the film’s human antagonist in Henry Bowers, is badly serviced by a singularly one-note role. Think Sid from Toy Story, only with even less development.

I think I enjoyed IT merely out of a sense of nostalgia not only for the kids in the film and their loss of innocence, but also for my own childhood spent reading King’s books and watching this film on television. I don’t recall specific memories of my viewing IT for the first time in my younger years, but I do recall being utterly creeped out by Tim Curry’s Pennywise, and confused by what the hell that spider-thing was meant to be. Watching it now, some twenty five years later, I can see why the film had the effect it did because despite its lack of budget showing through, it remains a fairly compelling piece of fictional drama. In spite of several wobbly performances and a distinct lack of visual potency thanks to its television roots, IT is enjoyable still. I would question whether somebody who hasn’t read the book or is familiar with Stephen King’s style will “get” the film with the same sense of epochal formulative upheaval as I did, but on the whole is still worth a look for an above average attempt at filming one of King’s most extravagantly complex narratives.