When one considers the greatest films from Hollywood’s Golden Age, particularly from the year many consider to be the greatest the American film industry has ever had in terms of pop-culture influence, it might be said that casual filmgoers may not be as familiar with this inclusion into 1939’s list of releases due perhaps to the lack of celebration with which Jesse James is afforded. Although dwarfed by its more popular releases of that year, notably Gone With The Wind, The Wizard of Oz, as well as Mr Smith Goes To Washington and even Goodbye Mr Chips, few would cite Jesse James as one of the most successful commercial films of that year, if they even know it exists. It would surprise those very same people to learn that Henry King’s heavily fictionalised biopic about America’s greatest outlaw bandit was the third highest grossing film of 1939 – only behind the aforementioned Gone With The Wind and Mr Smith Goes To Washington – and remained in big-screen release for some fifteen years after its debut, a remarkable feat for what is, in effect, a pretty stock-standard Western drama. Given the film’s popularity and decided lack of long-term cultural staying power compared to other iconic films of similar vintage, I decided to revisit this unheralded classic to see if it stands the test of time. 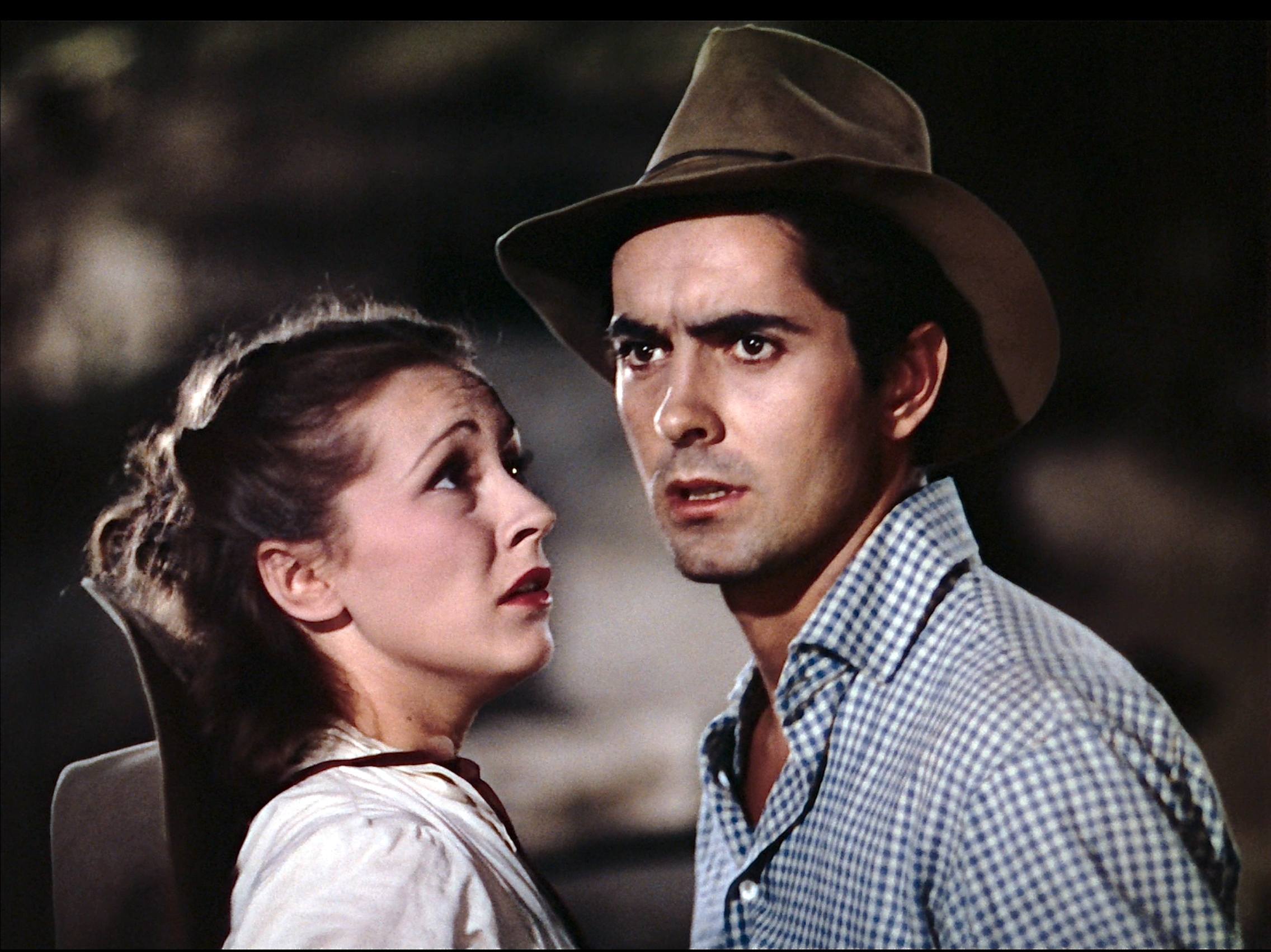 In the mid-1800’s, America’s great expansion was a trough of riches for entrepreneur businesses, particularly the railway companies, that saw significant financial gain to opening up the frontier to faster, cheaper transport. A tactic used by the companies to acquire land was to send forward scouts through potential regions to buy out landowners with cheap prices and underhanded methods, including intimidation. One such gang, led by Barshee (Brian Donlevy), accosts the James family one sunny afternoon, during which young son Jesse (Tyrone Power) and elder brother Frank (Henry Fonda) send them packing. Later, after an assertion of attempted murder, Jesse shoots Barshee dead in retaliation, sending both he and his brother into hiding. While in exile, Jesse and Frank continue to frustrate the railway company with guerrilla tactics, before the lure of fast cash and mild celebrity turn them from rebellious outlaws to outright criminals. Jesse’s long-time love Zerelda (Nancy Kelly) longs for peace and to have Jesse around to tend to his young family, whilst unscrupulous railway boss McCoy (Donald Meek) only raises the reward for their capture higher and higher, eventually leading to a betrayal by one of the James’ own gang. 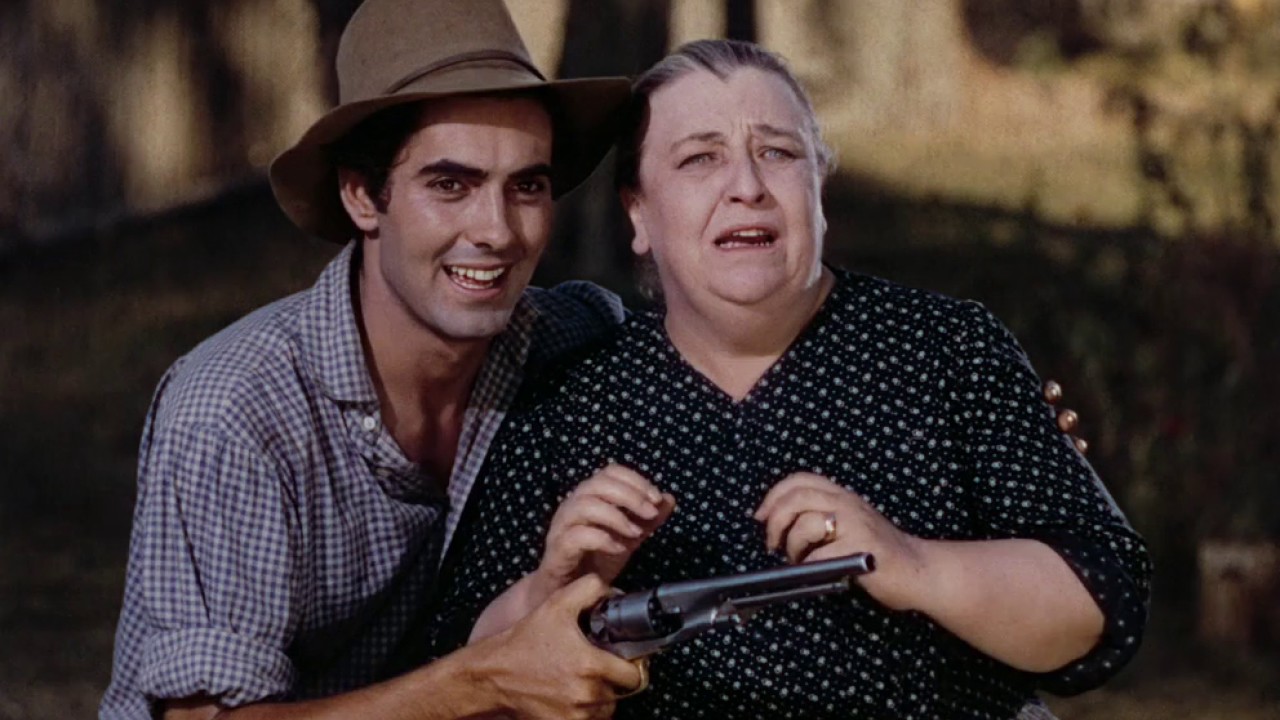 The lure of the outlaw is one that manifests in all corners of Western culture. Australian bushranger Ned Kelly went about his criminal business contemporaneously to Jesse James and did pretty much similar things, and as such both have become near-mythical tales of betrayal, revenge and criminality that has served Hollywood well over the last century. Henry King’s Jesse James, an early extraction of the James story on the big screen, was released barely 60 years after the outlaw’s demise at the hands of gang-member Robert Ford, which meant that at the time of its debut there were people still alive who remember when Jesse James ruled the American South. This fact isn’t lost on me as Jesse James‘ rather fatuous sequential potted history of the real-life outlaw unspools, the film seemingly designed to capitalise on the allure and renegade attraction people have towards notable criminals. You might expect audiences of the day would love the derring-do of Tyrone Powers’ dashing portrayal, the comedic wit of Henry Hull’s cuss-spittin’ newspaper editor, and the startling horse stunt-work on display – the film drew controversy for appearing to put animals in danger in an infamous climactic cliff-leaping scene, which in part led to the organisation responsible for the “no animals were harmed in the making of this movie” disclaimer being formed – and you can see the popcorn munching crowds in the mind’s eye lapping up this story of revenge and romance in the sweeping early days of the American frontier. It’s an escapist, entertainment movie, nothing more or less. 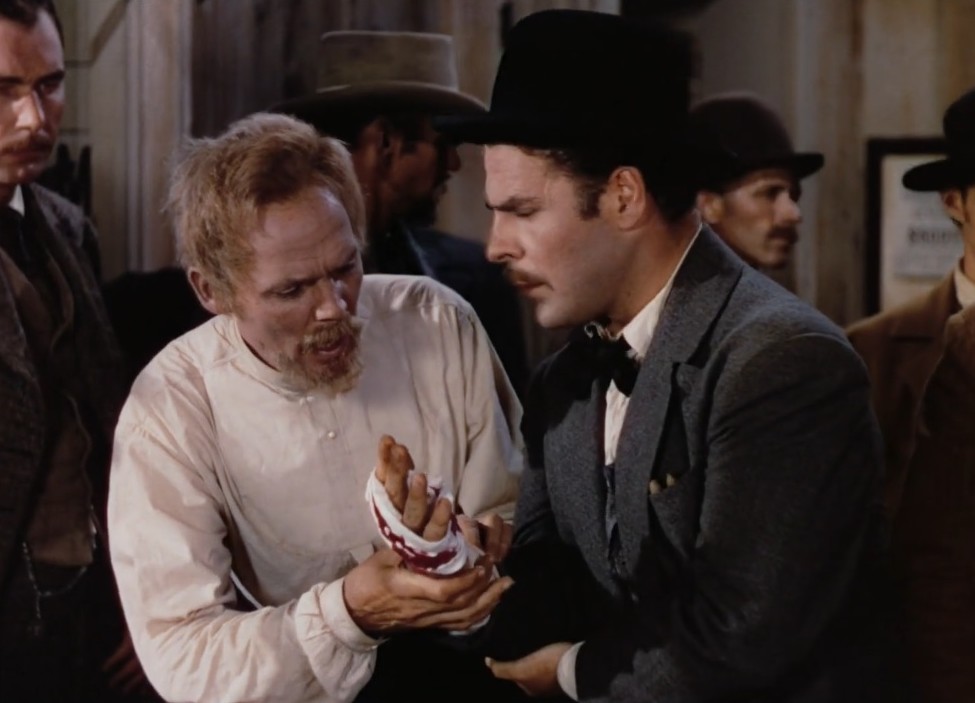 While the lead draw of Jesse James was rightly the young Tyrone Power, who was by the time 1939 came along a major Hollywood star, it should be noted that the film also contains an early appearance by then up-and-coming studio player Henry Fonda. Fonda, who would go on to become one of the industry’s legitimate icons, had a career-making streak between 1938 and 1940, appearing in Oscar-winning film Jezebel alongside Bette Davis, as a young former US President in Young Mr Lincoln, and in his Oscar nominated performance in The Grapes Of Wrath; with crowd-pleasing Jesse James right smack in the middle of it all. While his role as Frank wasn’t the meatiest or showiest of his turns, Fonda’s screen chemistry and rapport with Power was, nay, is obvious to all, and the camera just loves him. Little wonder Fonda was lured back for a sequel, The Return Of Frank James, which also saw the reprisal of several actors here in the same roles, released a year later to considerable box-office success. Actress Nancy Kelly, who was only 18 the year Jesse James released, is really impressive in the nothing role of Jesse’s requited love interest, and eventual wife, Zee. It’s annoying that the role could be removed entirely from the film and not a single thing would be lost emotionally, but Kelly acquits herself beautifully and her on-screen chemistry with Power is remarkable; the role is essentially a pining, mournful housekeeper bit whilst she longs for Jesse’s return – typical, the man’s away having adventures and poor Zee is stuck at home having to listen to Randolph Scott’s charismatic Will Wright make ungarnished solicitations towards her affections almost constantly, such is a frontier woman’s lot. 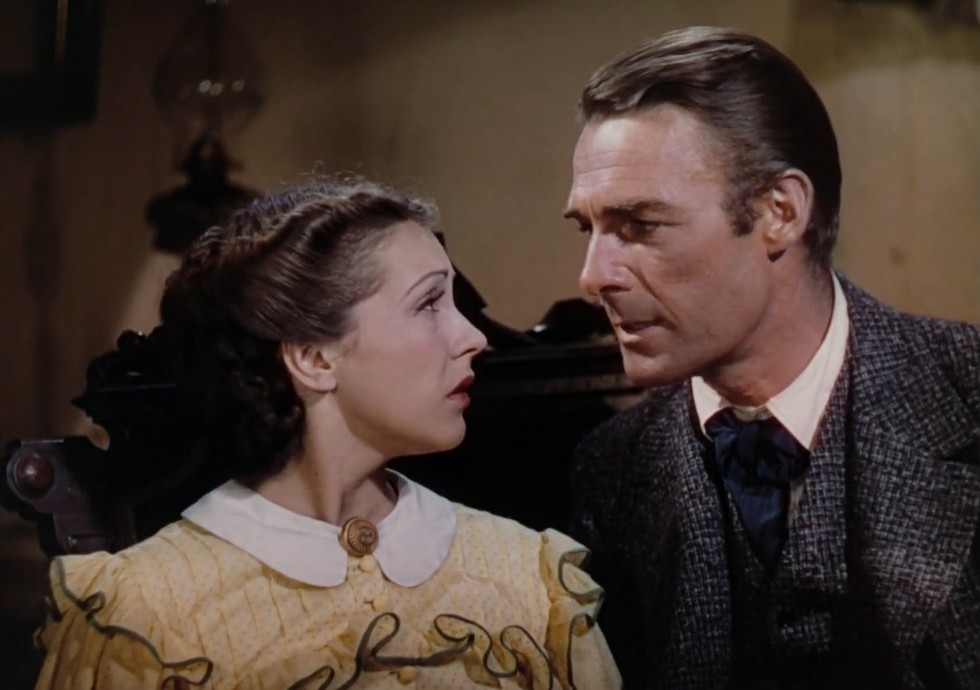 The supporting players also give their all in requisite comedic and villainous turns. Henry Hull is a hoot as the rapscallion newspaper editor with every family-friendly curse word under the sun in his repertoire, the legendary Donald Meek (Stagecoach, The Thin Man Goes Home, State Fair) as the unscrupulous railway owner who’s out for blood has a blast gnashing his teeth and snarling his line delivery, the also legendary John Carradine (The Grapes Of Wrath, House of Dracula (1945), The Ten Commandments) as Robert “Bob” Ford joins the fray late, and Slim Summerville’s tic-influenced wit as the town’s jailer is an early Hollywood hoot. While the script promises far more than the movie can possibly deliver, which leads to disappointment in parts – the lengthy prologue to Jesse’s rescue of Frank from prison is a masterclass in all build-up with no payoff – there’s plenty to enjoy about this fast-paced dramatic classic. The dialogue is inelegantly pulpish, with barely a shred of character development when everything’s exposition, and the romantic elements play second fiddle to the more outlandish and braggadocio subplots for Jesse, Frank and their gang to engage with, but Henry King directs it all with a bit of a flourish and for that I applaud what Jesse James is trying to do. It’s not a sensitive examination of the moral grey areas Jesse trod during his life, but rather a piece of pop-culture entertainment for the day. 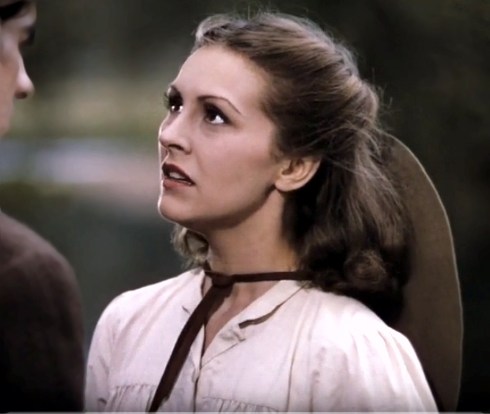 Despite lacking the grace of its prestige cinematic brethren, Jesse James is a wholeheartedly enjoyable romp through the very constrained biography of one American outlaw. Tyrone Power’s natural screen presence is obvious from the first moment he’s on screen, Nancy Kelly elevates her poor material and Henry Fonda commands the frame with sheer size; you could never compare the Power/Fonda screen double to more iconic pairings such as Butch and Sundance, Riggs and Murtaugh et al, but both actors possessed a degree of that indeterminate Hollywood magic that occurs only very rarely when two actors collide on a film. The comedic moments are great fun if too sporadic, the romance is a tough sell, and the action ranges from poor to middling for the era, while seeing horses so badly mistreated it makes your skin itch is never pleasant. But in all, Jesse James has a lot more working in its favour than against it. Definitely worth a watch but by no means the keeper its theatrical longevity would have you think it is.