Although the Academy may have seen The Great Ziegfeld as the best picture of 1936, an argument could be made that William Powell and Myrna Loy’s other cinematic entry that year, the sequel to 1934’s Oscar-nominated The Thin Man, creatively titled After The Thin Man, is perhaps more entertaining. The second of six films in the Thin Man series, After The Thin Man features Dashiell Hammett’s scintillating dialogue filtered through another screenplay by Albert Hackett and Frances Goodrich (who wrote the original film), a terrific plot, some hilarious and memorable characters, and a semi-decent mystery to solve. Do not take this as a criticism, however, because by and large the mystery and plot conniptions play second-fiddle to the Powell-Loy double-act and the film’s brilliant acting performances across the board. Watching these actors do their thing is a thrill unto itself, a pure delight for those with a love of classic Hollywood. 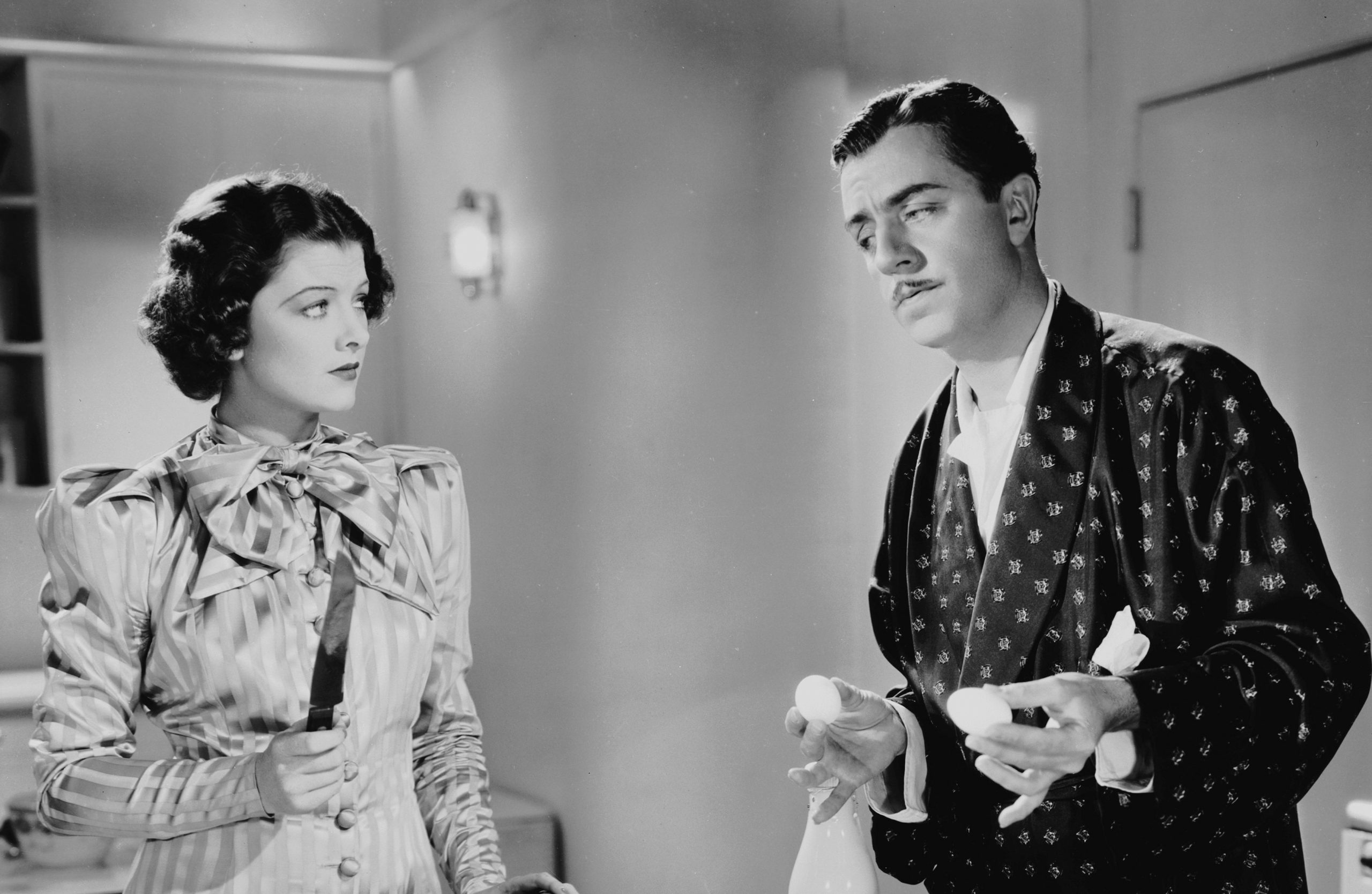 Following the mysterious and murderous events of The Thin Man, husband and wife Nick (William Powell) and Nora Charles (Myrna Loy) return to San Francisco with dreams of a lengthy period of sequestration. Their fame has followed both the duo and their dog Asta on the train from New York, however, and the moment they get back are summoned to attend a party thrown by Nora’s snobbish Aunt Katherine (Jessie Ralph), who adores Nora but detests Nick due to his immigrant background. Nora’s cousin Selma (Elissa Landi) tells the pair that her husband, Robert (Alan Marshal) has been missing for days, whereupon Nick discovers that he’s been having an affair with star of the local cabaret club Polly (Penny Singleton). Meanwhile, Selma’s former fiancée David (James Stewart) loiters around hoping Robert will leave Selma and he can swoop in – in fact, Robert tries to lure Nick into paying for his divorce to accommodate that very fact. However, when Robert is suddenly killed, mystery swirls around who had the motive, means and method in killing the young ne’er-do-well, leaving it up to Nick (and to a lesser extent Nora) to solve the riddle. 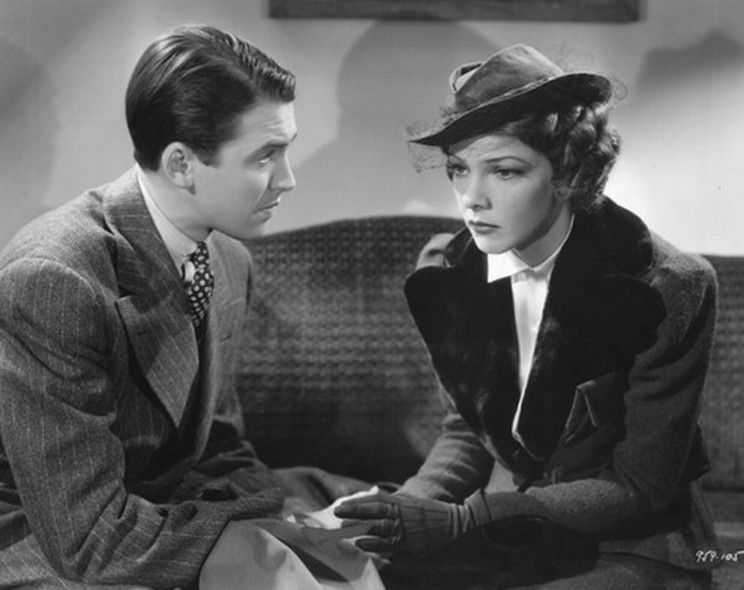 It’s hard to argue against the sheer screen chemistry of William Powell and Myrna Loy in The Thin Man. Any studio worth it’s salt would immediately cast them together again on screen, mining their popularity as hard and as fast as humanly possible to reap the rewards of box-office success. Although the Powell-Loy duo would appear in the Best Picture for that year, I contend that the more memorable and enduring film pairing they achieved in 1936 would have to be After The Thin Man, a roaring success both on-screen and off. The film would go on to find itself nominated at the Academy Awards for its screenplay and boasts not just exquisite period dialogue and great comedic wit, but an early appearance by Jimmy Stewart as well as a meandering if somewhat forgettable mystery to solve. As with The Thin Man, this sequel’s motivations aren’t necessarily driven by plot but rather the performances within; it goes without saying that Powell and Loy rekindle their white-hot chemistry as husband-and-wife murder-solving due Nick and Nora to eminent success, but the smattering of supporting characters is equally up to the challenge of delivering on the film’s quotient of intrigue and mystery. 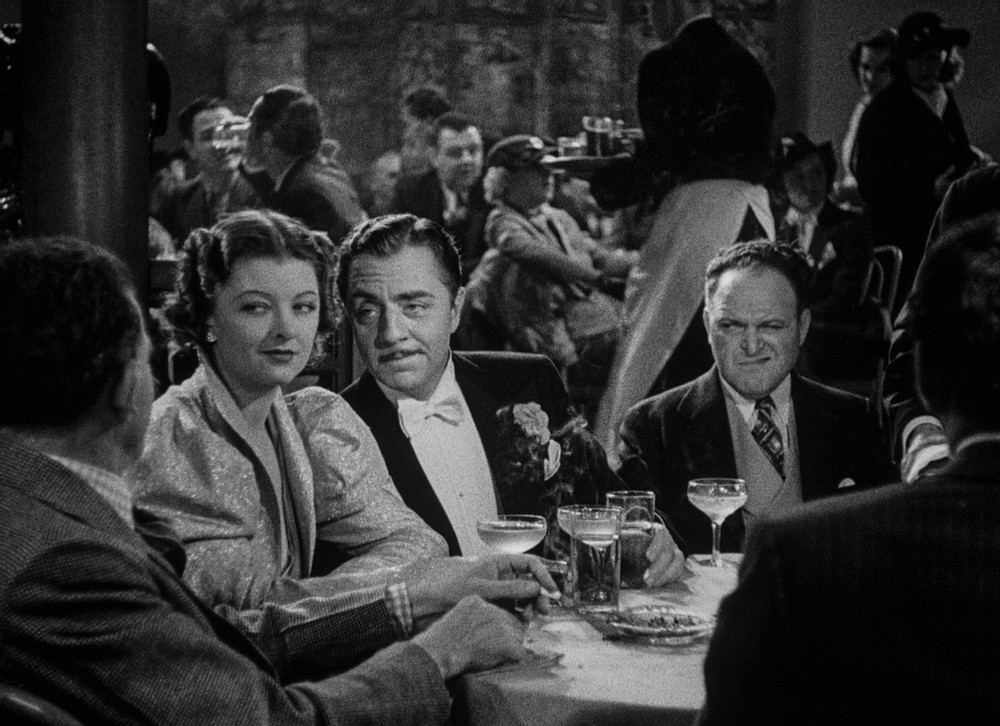 Directed by WS Van Dyke (again) and lensed by DOP Oliver Marsh (replacing the great James Wong Howe, but a photographer of moving images of equal measure for sure), After The Thin Man is a delightful romp in the truest sense of the word. The dialogue is a snappy, brisk patter delivered with exquisite skill by every single actor on the screen, arguably besting even the original film’s smorgasbord of talent supporting this soufflé of a plot. Van Dyke understands how these characters work, and understands even moreso how to capture the intangible brilliance of Powell and Loy sparkling together. The film offers some quite remarkable camerawork, editing and focus pulling, together with lighting design that highlights the flamboyant San Franciscan lifestyle whilst exhibiting an undercurrent of murderous tension. Conversational sequences with multitudes of on-screen participants feel energised and unrestricted, the camera covering all the subtleties, asides and societal snark accompanying the freewheeling Nick Charles and his cavalier attitude towards the shenanigans around him, whilst moments of legitimate tension work splendidly thanks to superb set and production design as well as the aforementioned lighting design. The sublime effect of Margaret Booth’s editing here is like a smooth, fine wine, a drink you never want to end. 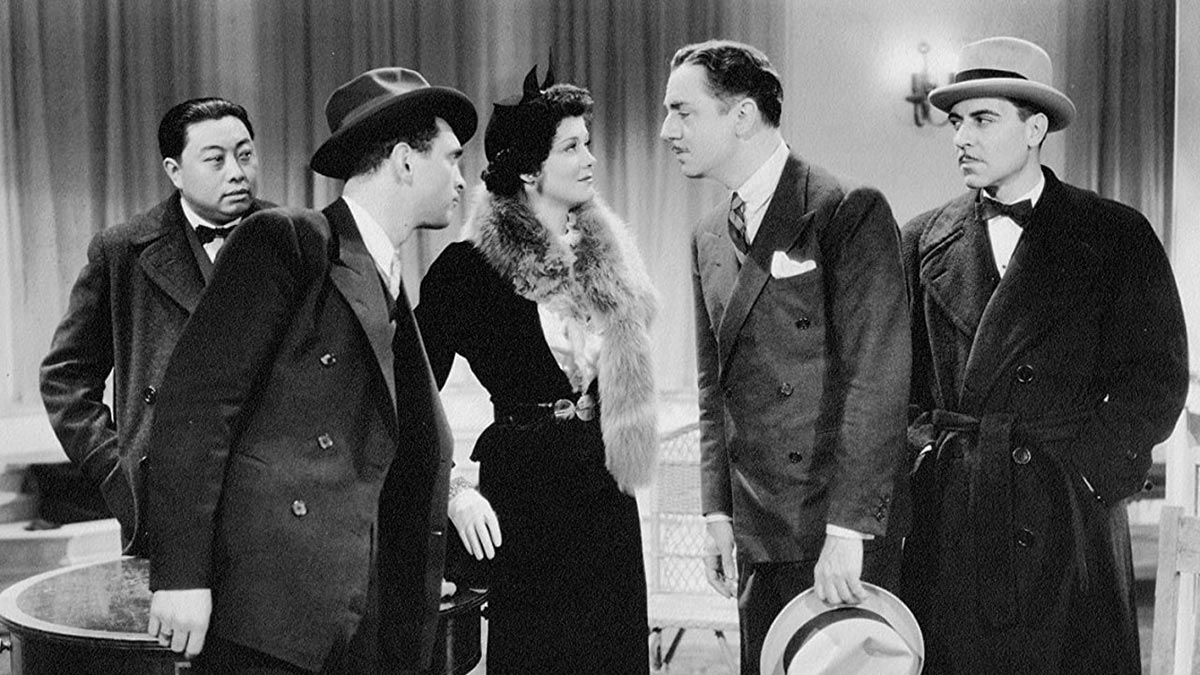 It says something when a review suggests that the plot isn’t really the point of a film, the characters are. You could have two hours of Powell, Loy, Stewart and Elissa Landi sitting in a room discussing the subculture of adherent cell lines and it would be entirely fascinating not because of the subject matter but because of the people speaking. Powell is his dry, acerbic best in this, twitching his moustache as his detectivation brain activates when there’s a mystery to solve. Myrna Loy is his perfect foil, a wife who not only puts up with his shit but enhances it by giving him some of her own. Resident screen villain Joseph Calleia plays a nightclub owner of dubious substance, whilst Jessie Ralph has a blast as the racist, prejudiced matriarch of the family who suffers no fools gladly. Even the great James Stewart, in an early role (gosh he looks so young here!), manages to produce a fascinating turn as the unrequited love interest of Elissa Landi’s poor, unfortunate Selma. I imagine back in the day the dog would have been taken on many a publicity tour for these films – Skippy, who plays the Charles’ canine companion, Asta, is a true star, albeit a bit of a screen hog at times. Even the minor roles, such as Selma’s weird psychologist Doctor Kammer (George Zucco), Calleia’s on-screen nightclub partner Lum Kee (William Law), and Sam Levine as the hardbitten Lieutenant Abrams, are afforded enough complexity even in the smaller moments to give weight to the murderous puzzle to be solved. The puzzle itself isn’t particularly clever or fresh (perhaps it was back in 1936: I easily guessed who the killer was about half-way through) but it’s all played so beautifully droll by a cast of inestimable performers that you find yourself not caring one whit. 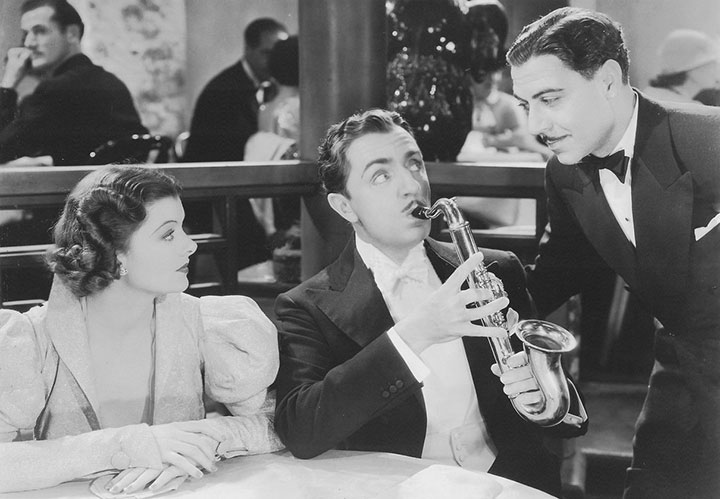 After The Thin Man is a cracking film with superb writing, delightful performances across the board and a true sense of showmanship. There’s laughs, gags, some scares and a plethora of red-herrings to follow; rabbit-hole lovers will find themselves poring over clues and tidbits as this iffy plot conceit comes into contact with seismic Hollywood star power. From the achingly sublime William Powell, his sizzling on-screen sparring partner Myrna Loy, as well as a scattered cast of assured performers in all the supporting roles, After The Thin Man is more than just a quickfire cash-in sequel, it’s a thoroughly worthwhile film in and of its own right. Overlook this one at your peril; After The Thin Man is terrific.