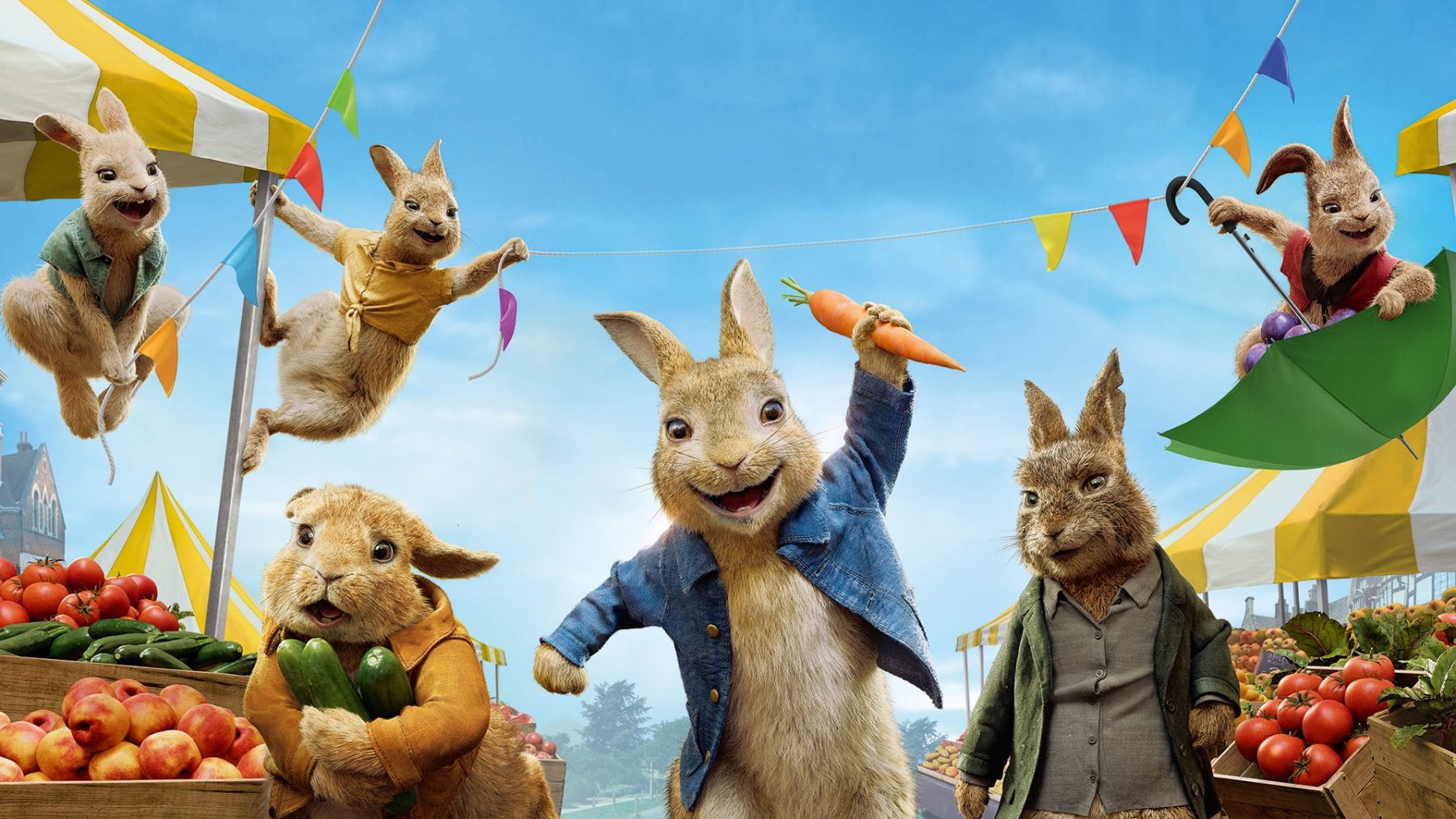 It’s fair to say 2018’s demographically charming little kids romp Peter Rabbit had appeal to spare, from it’s cutesy animated headline act of Beatrix Potter’s famous literary creations to its amiable cartoon violence and Domhnall Gleeson’s willing turn as the titular rabbit’s arch-nemesis, producing a film that children absolutely lapped up despite my misgivings about its uneven comedic style. Naturally a sequel was immediately put into turnaround and now, three years later (woulda been two had it not been for a pesky pandemic) we have this insipid turd floating onto big-screens where available in your local area. Peter Rabbit 2 is a flat, inert, lifeless comedic disaster, lacking flow or an involving storyline, and commits the ultimate sin in removing the main characters from their famous garden location and transplants them into the big concrete city for criminal shenanigans, robbing the franchise of its ubiquitous charm. 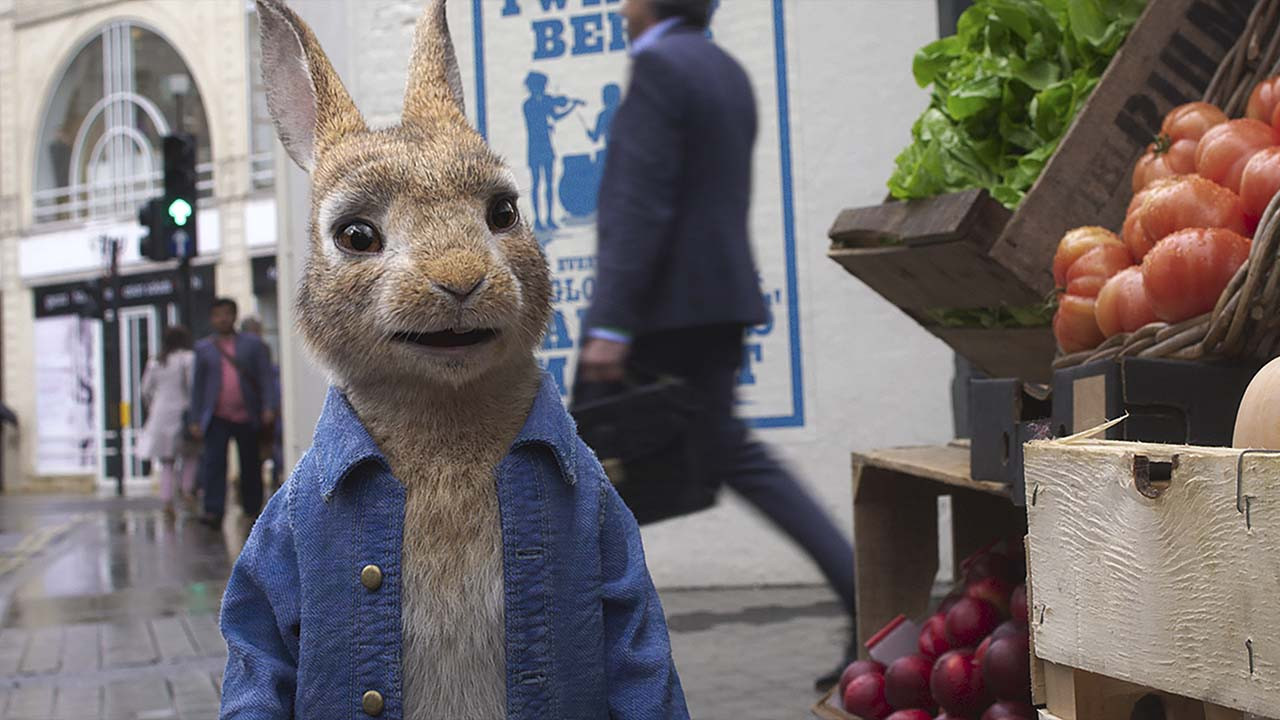 Garden romantics Bea (Rose Byrne) and Thomas (Gleeson) get married, and strike success with the publication of a children’s book about the adventures of everyone’s rascally rabbit, Peter (voice of James Corden) and his family, including sisters Flopsy (Margot Robbie) and Mopsy (Elizabeth Debicki), Cottontail (Aimee Horne, replacing Daisy Ridley), and cousin Benjamin (Colin Moody). They are courted by an unscrupulous book publisher Nigel Basil-Jones (David Oyelowo) who wants to turn the Peter Rabbit books into a multi-media phenomenon, including turning Peter into some a rebellious villain of sorts, something Peter himself doesn’t take kindly to. He runs off into the city, where he meets the criminally minded Barnabas (Lennie James), supposedly an old friend of Peter’s long dead father, and is hooked into stealing vegetables from unwitting local residents on the road to springing the ultimate heist; stealing a load of dried fruit from a local farmer’s market. 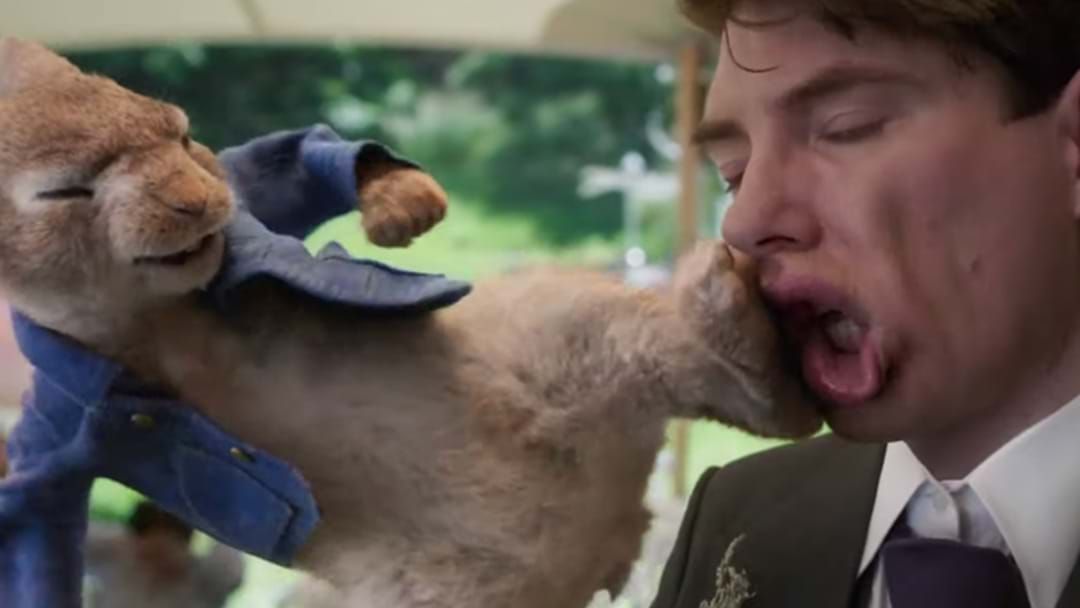 Sequels are notoriously hard to pull off even at the best of times. Peter Rabbit 2 is most assuredly not the best of times. Despite the returning cast of human and animated characters (sans Daisy Ridley, who obviously thought better of things) and even director Will Gluck (Easy A, Annie), this turgid, uneven sequel lacks the original film’s scattershot and easygoing charm, takes well loved characters in uninteresting and out-of-character story arcs, and somehow turns what should have been an easy-breezy cartoonish lark into a boring slog. Part of the reason for this is trying to give Peter a far darker character arc than he has ever had previously, attaching an unwanted link to his past that forces him to confront his playful, some would say trouble-making persona. It’s a far more nihilistic approach to the Peter Rabbit franchise when you also consider the lecherous capitalist advances of a confusing David Oyelowo’s character, who seems to make book publishing sexy somehow, and the further our characters get from their idyllic paradise on the McGregor farm the further this film gets from being any good.

In keeping with the original film, there’s a lot of animal CG here, and a bucketload of frantic cartoon action and violence. Some of the physical humous is genuinely amusing but it’s utilised far too infrequently to cover over the gaping pauses in the story, and the weird disconnect with the audience. To be honest, our half-full cinema barely rippled a chuckle throughout, with more than a few of the wriggling child audience members becoming audibly bored about a half way through. None of the conveyor-belt of gags seemed to land with any sincerity, save a couple (the return of the fence rooster, for one, and a raucous famers market heist to climax the film) and Will Guck’s direction just didn’t seem to click this time. Gone was the innocent glee of watching a bunch of fluffy rabbits steal veggies and bring Domhnall Gleeson physical agony. This time it’s watching the typically self-assured Peter find himself. And that ain’t fun. You know things aren’t going well when you start off the film with a wedding and it gives you no joy whatsoever. I mean, it’s a kids film and when even the gargantuan imaginary brawl to commence the film can’t even keep your attention, you’ve got problems. 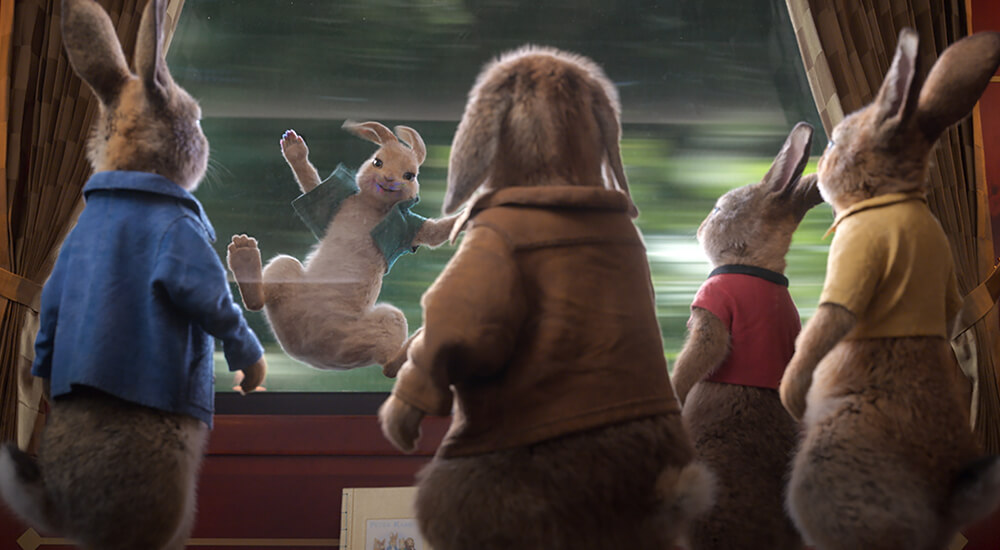 The film also becomes a touch to self-referential at times too, provoking an awkward sense of parody the original film avoided. British Cats actor and talk-show host James Corden, as Peter, even references the hate he gets among film fans by questioning the annoyance of his voice, which had me think-screaming at the screen hoping the damn rabbit would catch sudden onset laryngitis and fall silent for the movie – spoiler, this doesn’t happen – and the very lame toilet humour (at one point one of the female rabbits decides to call herself “lavatory” in a fit of sugar-infused lunacy) cannot summon even the gross-out factor when the film desperately needed a kick to the behind. References to the Hollywood-isation of classic British literary IP give a fourth-wall-breaking chuckle but for no other reason than to appeal to knowing adults, and the humour is none too subtle about the malignancy of crass commercialism. 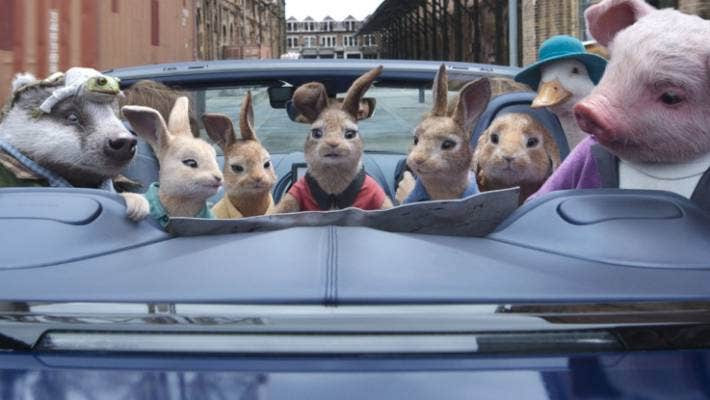 Peter Rabbit 2 is an earnest yet unfulfilling corpse of a film, delivered flatlining to an audience with no skill in resuscitating it. The jokes are flaccid, the storyline doesn’t work (although that’s less to do with the writing more than the overall tone of the movie) and the film takes some offbeat sidebar arcs that bring things to a complete stop all too often. Rose Byrne seems to still be enjoying things but you can kinda sense Gleeson’s past it all, whilst the voice cast are all (including Corden, it should be said) giving their all for a film this one didn’t turn out to be. I’ll leave it to the response of my kids when asked if they enjoyed the movie; both returned a dispirited shrug and went back to their devices, perhaps the biggest tell that this film can’t even engage its target demographic.