When people talk about the Oscar Best Picture race from 1937, it’s rare to hear Dead End mentioned in any of the conversations. An indictment on many, for sure; Dead End is a film that brought a lot to Hollywood, not the least was the introduction of the ensemble known as the “Dead End Kids”, who would transform to become the group called “The Bowery Boys”, a popular recurring group of child actors who worked the studio system between this film and their final film in 1958. Dead End also boasts a star turn from third-billed Humphrey Bogart, and also features the standout directorial handiwork of industry legend William Wyler. 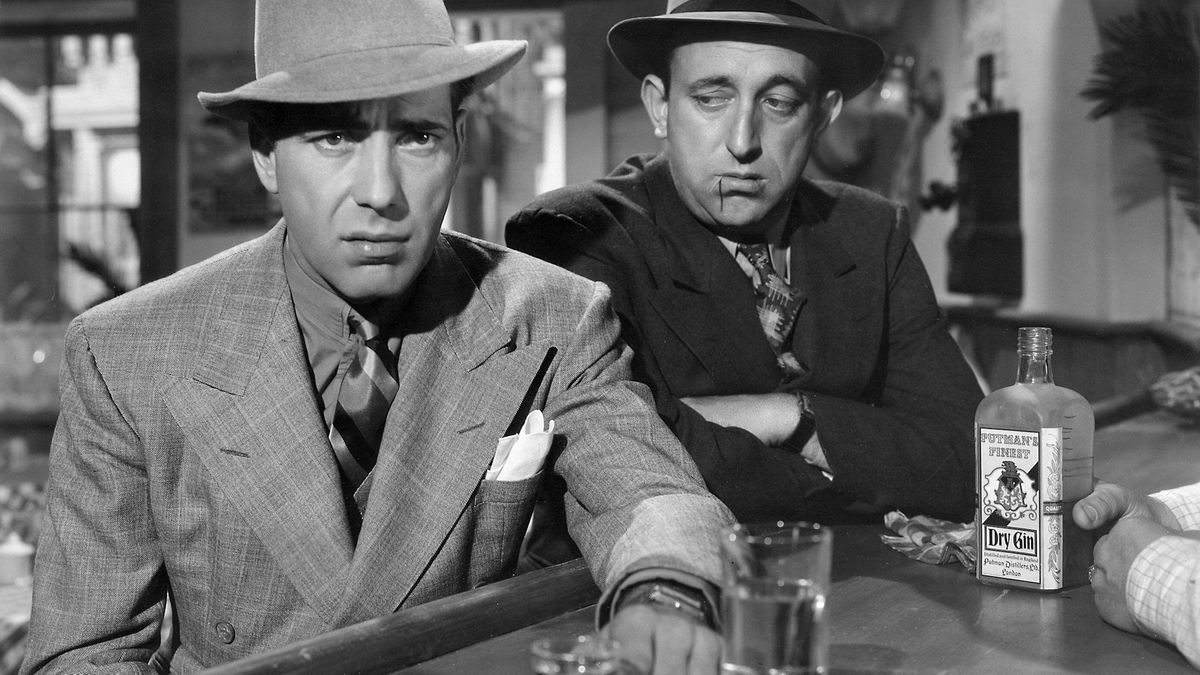 Set in the slums of the East River below the Queensborough Bridge in New York City, Dead End juxtaposes the opulent and wealthy riverside resident lives with those of the pauper-dwelling tenements that populated the city; wealth and poverty living so close together brings with it a friction and tension that climaxes with violence. Into this cauldron of crime comes Hugh “Babyface” Martin (Bogart), a successful criminal returning to his old haunt to catch up with his mother (Marjorie Main) and ex-girlfriend, Francey (Claire Trevor), neither of whom are entirely happy to see him. Also in the neighbourhood is odd-job man Dave Connell (Joel McCrea), who lusts after sugarmomma Kay Burton (Wendy Barrie), even if they cannot be together due to his inability to keep her in the lifestyle she desires. Meanwhile, the local residents are tormented by a gang of urchins who turn to petty crime and casual violence to pass the time, led by Tommy Gordon (Billy Halop), and they cajole and insult the nearby wealthy residents each time they leave their guarded building. 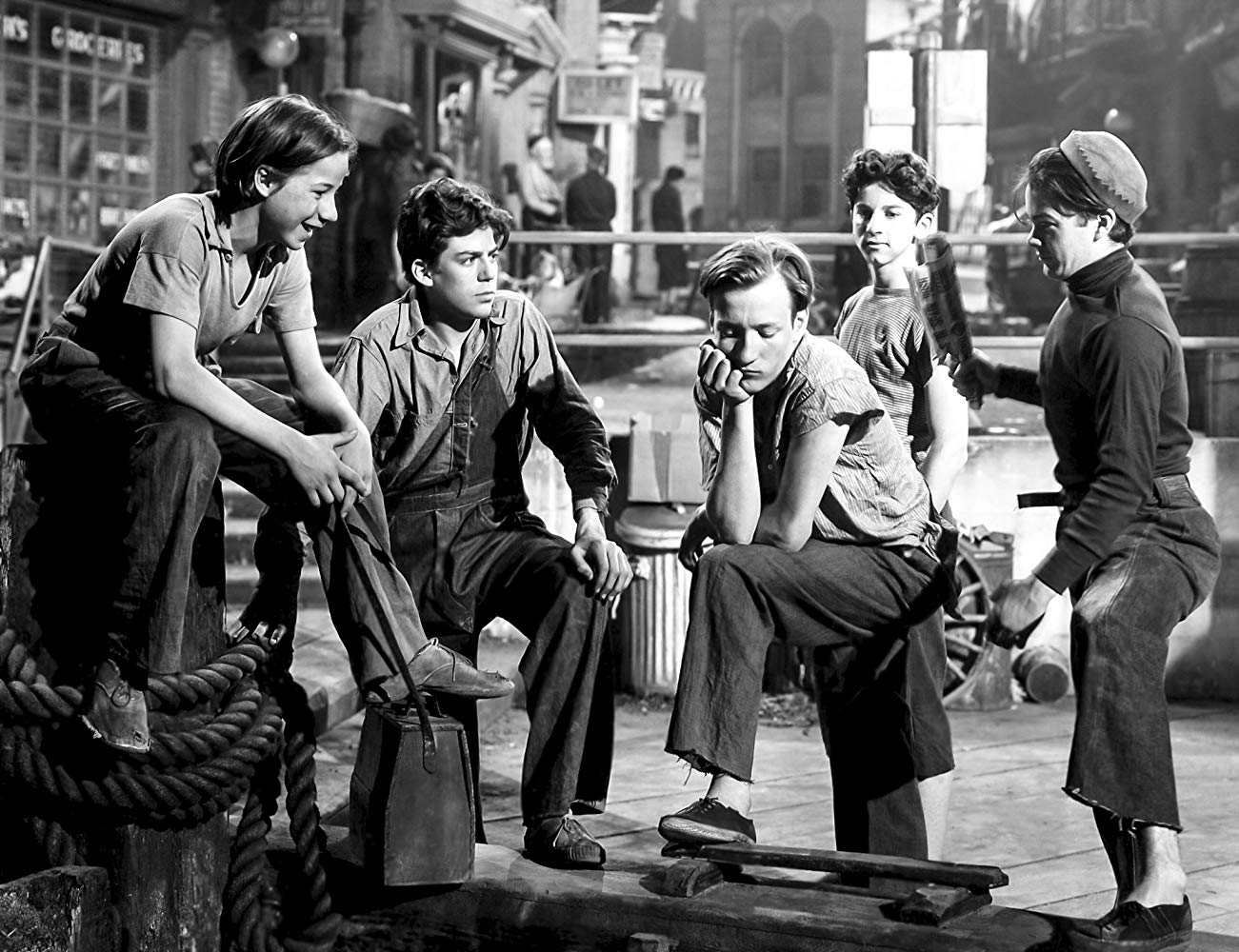 Based on the 1935 Broadway play by Sidney Kingsley, William Wyler’s Dead End is a fascinating if somewhat anachronistic examination of culture disparity in the Big Apple as the wealthy began to displace the destitute on the streets. It’s a toned-down version of the play, which by all accounts contained some quite profane language for the 1930’s; the film mirrors the play in being set in the Great Depression, and features a specific distinction and divide between the classes despite their immediate residential juxtaposition. Lillian Hellman’s screenplay distils the idea of the original text and focuses on three specific storylines, notably the role of the vagrant child gangs populating the streets of the day, the romantic interest between Joel McCrea and Wendy Barrie, and Humphrey Bogart’s bizarrely plotted haunting of his old neighbourhood. For some reason, his character has undergone plastic surgery to alter his appearance to prevent recognition by the police, even if this device quickly comes unstuck thanks to non-idiot characters in the film. 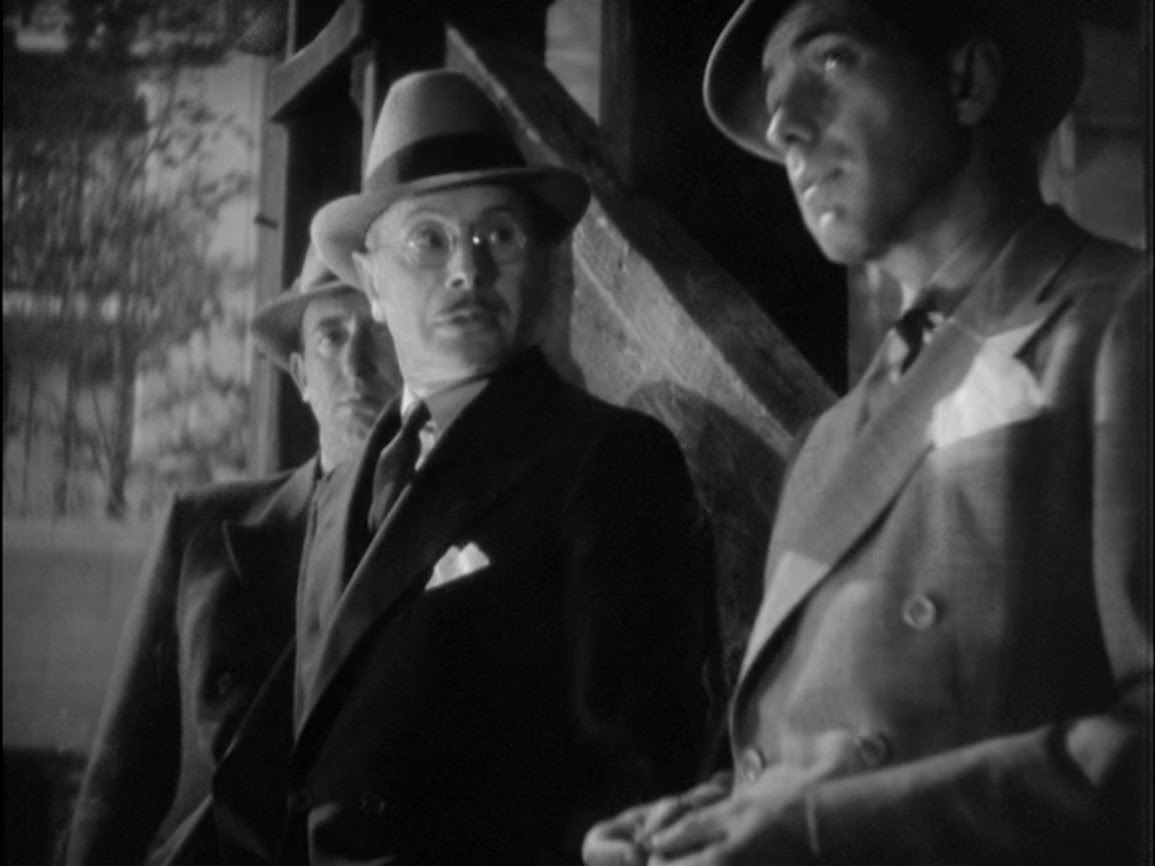 Whilst the various romantic and platonic subplots of the film tend not to work so well by today’s standards, the Bogart storyline is magnetic indeed: you simply cannot take your eyes off the actor as he skulks and lurks around the streets of his old stomping ground, offering a tormented and almost mournful turn as Baby Face Martin, whilst his offsider, a man named Hunk (Allen Jenkins), despairs at his angry boss’s new sense of fatalism. To be honest, had the film focused solely on Bogart’s criminal character I’d have been okay with it, but the fact Dead End manages to pivot between multiple stories without really losing steam is a bonus. 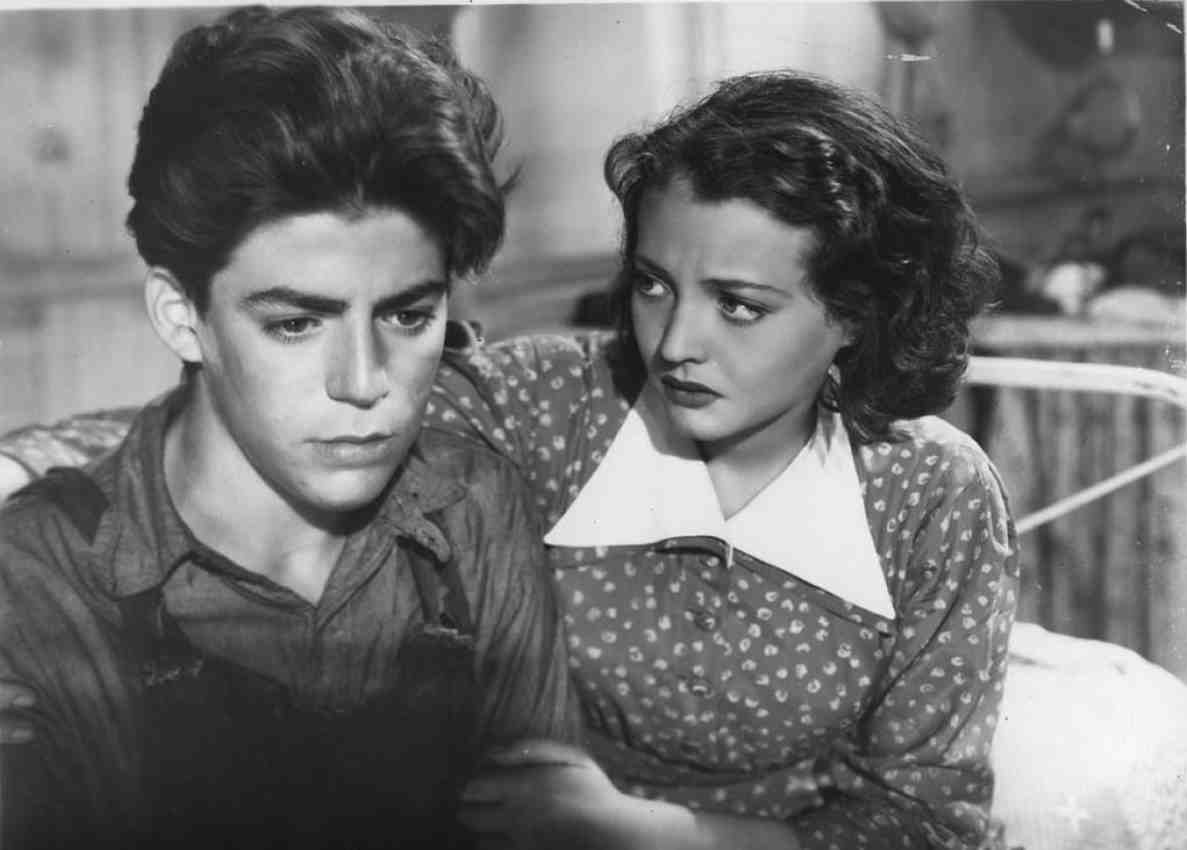 Secondary to the plot are the competing dramatic arcs of Sylvia Sidney’s Drina, the sister of gang leader Tommy, who aches for a better life for both she and her sibling, while the lamentations of resident painter and odd-job man Dave Connell for a woman he can never have are scantly intriguing despite the best efforts of the actors involved. This isn’t to say they’re weak stories, just less interesting ones. The residents of the nearby “tower of Babel”, a luxury apartment complex built right on the dock over the top of the local poor, continue to belittle and begrudge those with less their livelihood, a paradoxical class warfare that continues to this day in the City that Never Sleeps. 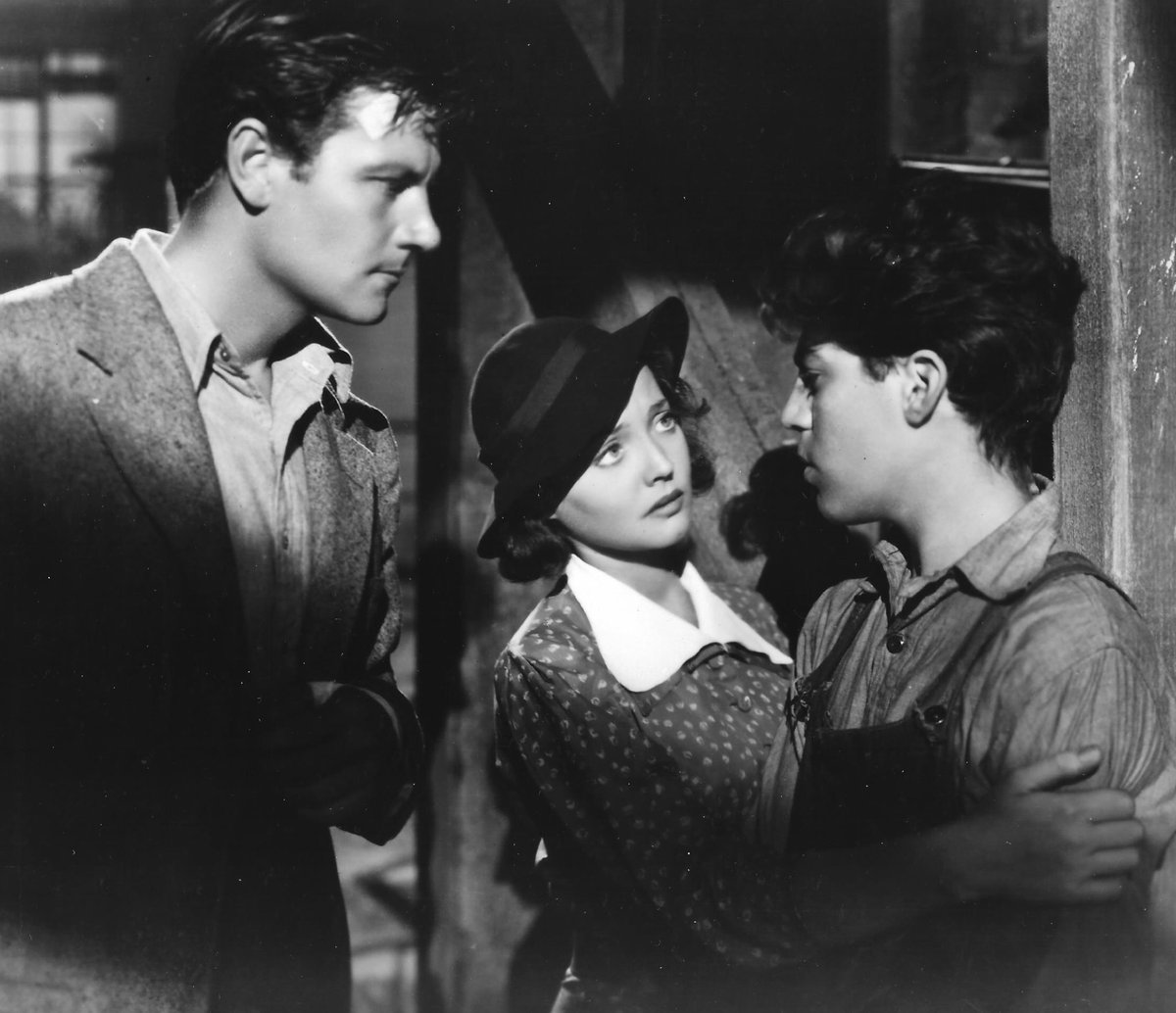 Arguably the most prominent plot mechanic of Dead End is the inclusion of the original stage-cast Dead End Kids as their on-screen counterparts: producer Samuel Goldwyn saw them on stage and decided they would fit perfectly into the film version of this rag-tag, trash-talking gang of surprisingly literate youth who spend their days haranguing passers-by and beating defenceless youth for their few pocket cents. Billy Halop, Huntz Hall, Bobby Jordan, Leo Gorcey, Gabriel Dill and Bernard Punsly all came across from the Broadway production and cemented themselves as ongoing talent for film work as the Dead End Kids, who became the Little Tough Guys, the East Side Kids, and eventually The Bowery Boys. They spout insults, brawl incessantly, flirt with the law and behave with a unique underworld code – nobody “squeals”, lest they be physically marked as a squealer – and quickly become one of the more amusing elements of Dead End, even if the acting is a little wooden or hamm. 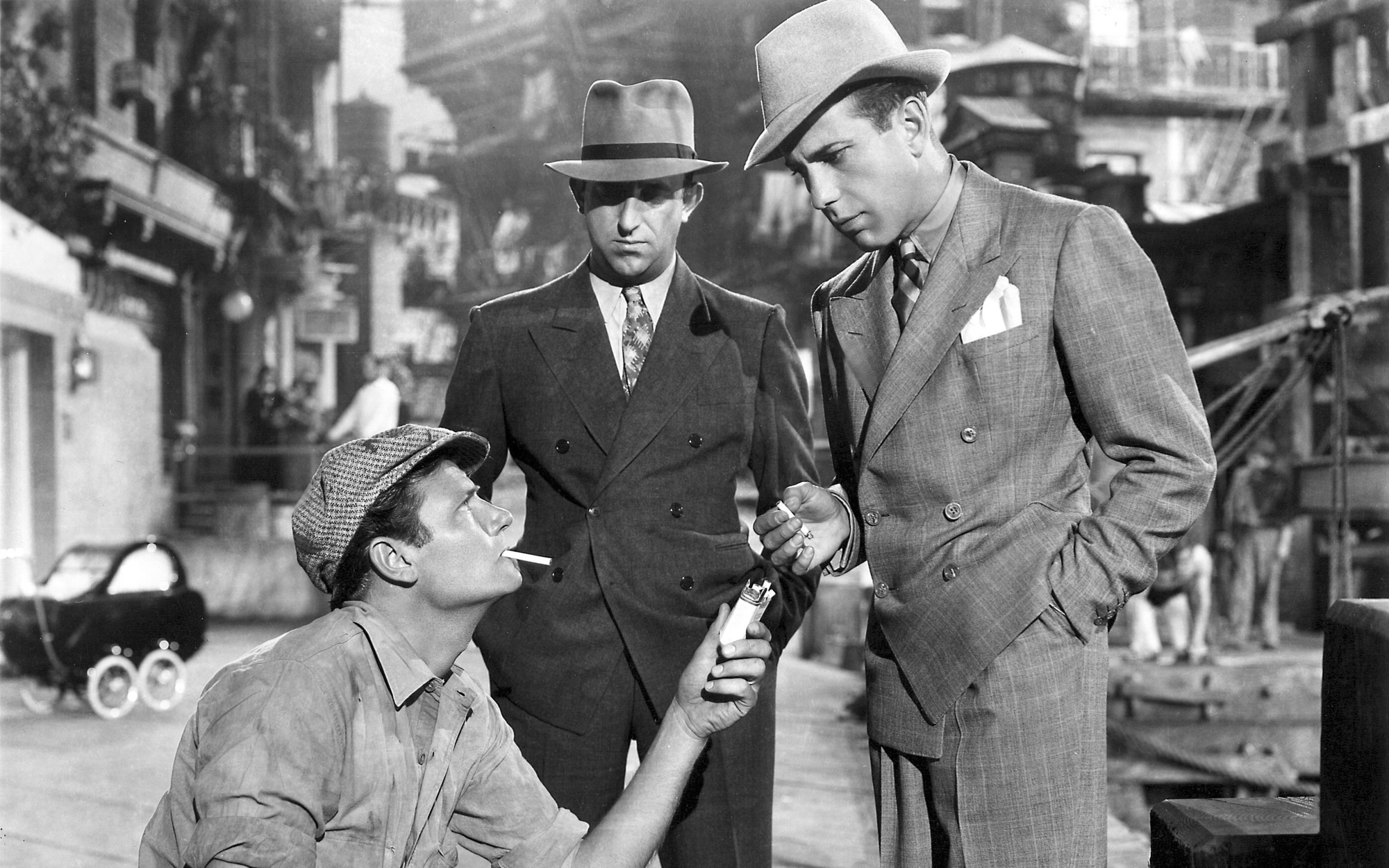 The treats of Dead End don’t stop with the cast, however, for director William Wyler absolutely slays this story with incredible production design, superb editing and framing, and a dynamite sense of pacing. The set design, that of an enormous New York City dock and the surrounding apartments and tenements, is fabulous old-school jaw-dropping studio magic that can only happen on a sound-stage. The enormous, sprawling sets, coupled with Gregg Toland’s astonishing cinematography, lighting and framing, make for a sumptuous tableau on which this story occurs. The use of focus and camera movement in Toland’s work is indicative of the style that would garner multiple Oscar nominations in years to come, and the use of shadows and deep focus in the film is simply sublime. Little wonder I often emulate his work in my own filmed projects where I can. Director Wyler, known for his perfectionism and penchant for multiple takes (a la Stanley Kubrick), was coming off an Oscar nomination for Dodsworth the year prior, and his skill behind the camera is evident in every frame. Almost every moment of this film is planned to perfection, every shot meticulous and every shred of nuance and subtext mined for all it’s worth. The opening vistas of the nearby Rockefeller Center, one of the city’s most iconic buildings at the time of the story, bookend the movie perfectly, capturing both the wanton excess and the street-level slum conditions with such heartbreak and such humanity you can’t help but be swept up in the film’s aching sorrow. 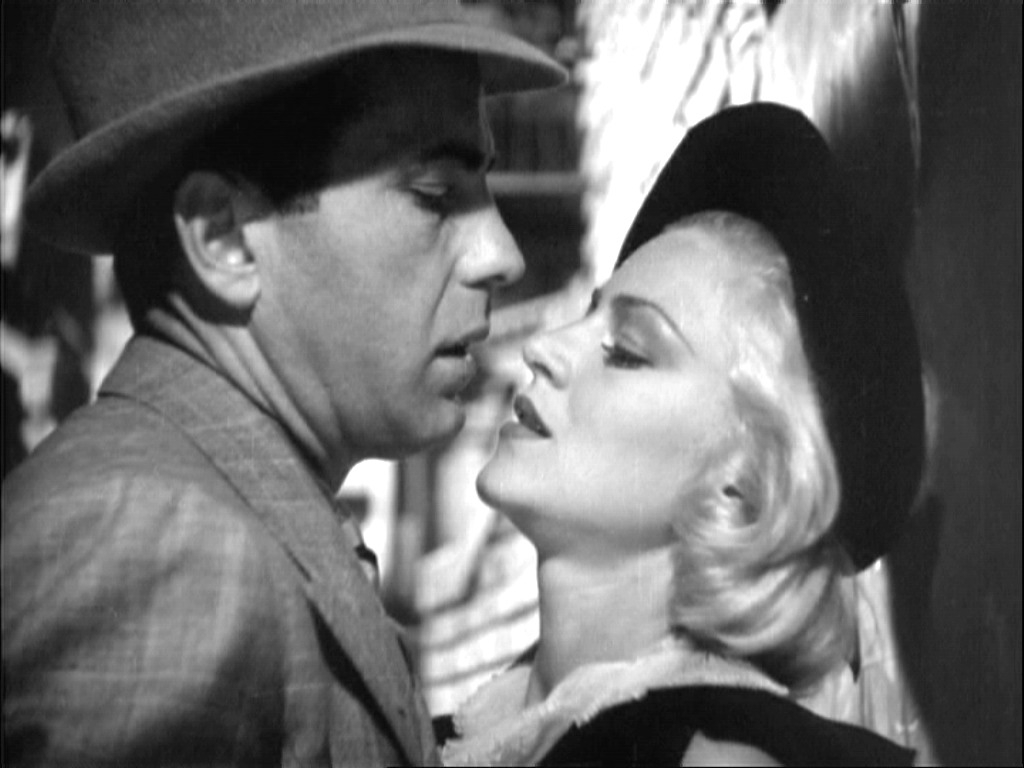 Indeed, Dead End is a story of tragedy, of violence and death, of shitty choices and even shittier outcomes. It’s a masterful film, directed with panache and rigid technical expectations, led by Wyler but abetted by his cinematographer alongside sublime set design, costuming and performances. While the performances are generally excellent, if a touch anachronistic, none shine brighter than Bogart’s guileful Martin, who skulks about the streets with the coiled-spring awareness of a wounded cat and the wherewithal of a hardened criminal. Dead End may not be the most famous Best Picture Nominee you’ve never heard of, but it’s one you definitely should check out simply for what it would spawn in the history of cinema.