As far as preposterous Die Hard clones go, 2020’s The Doorman wins the.. er, door prize for being among the worst. Empty characterisations, generic action and terrible acting mire what ought to have been a rollicking good time in a glacial, inept, putrid action onslaught that may finally hammer the final nail in the big-screen career coffin of Ruby Rose. 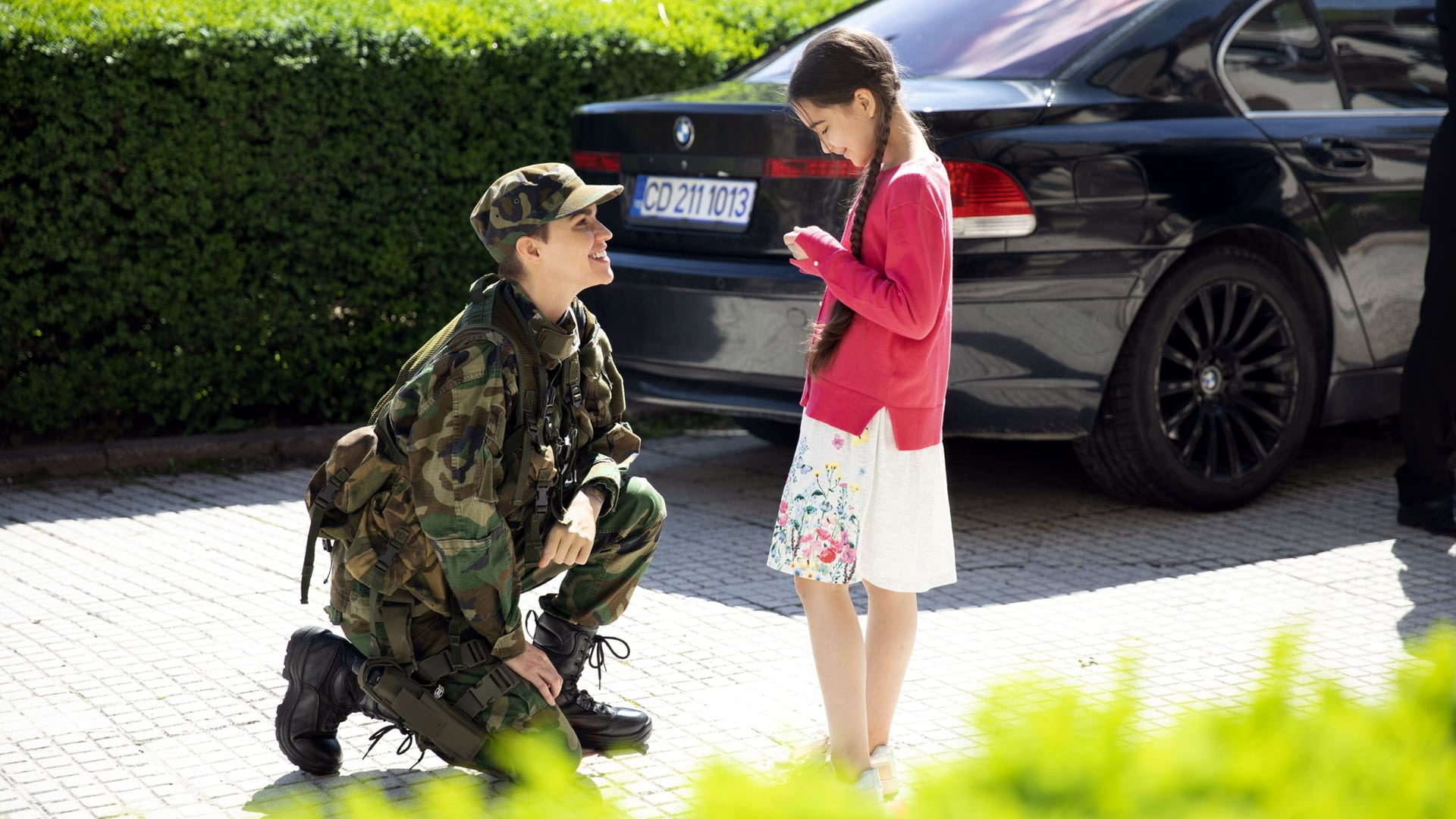 Rose plays former US Marine Ali, who finds herself working at a soon-to-be-refurbished New York City hotel, The Carrington, after a good word from her Uncle Pat (Philip Whitchurch). Unbeknownst to her, her late sister’s family live in the building – Jon Stanton (Rupert Evans), daughter Lily (Kila Lord Cassidy) and angry teen son Max (Julian Feder) are all about to be put in harms way, however, as wannabe French art thief Victor Dubois (Jean Reno) and his gang invade the almost empty building in search of a hidden cache of lost art, supposedly buried within the walls of the building. Of course, it’s up to gung-ho Ali to save the day. 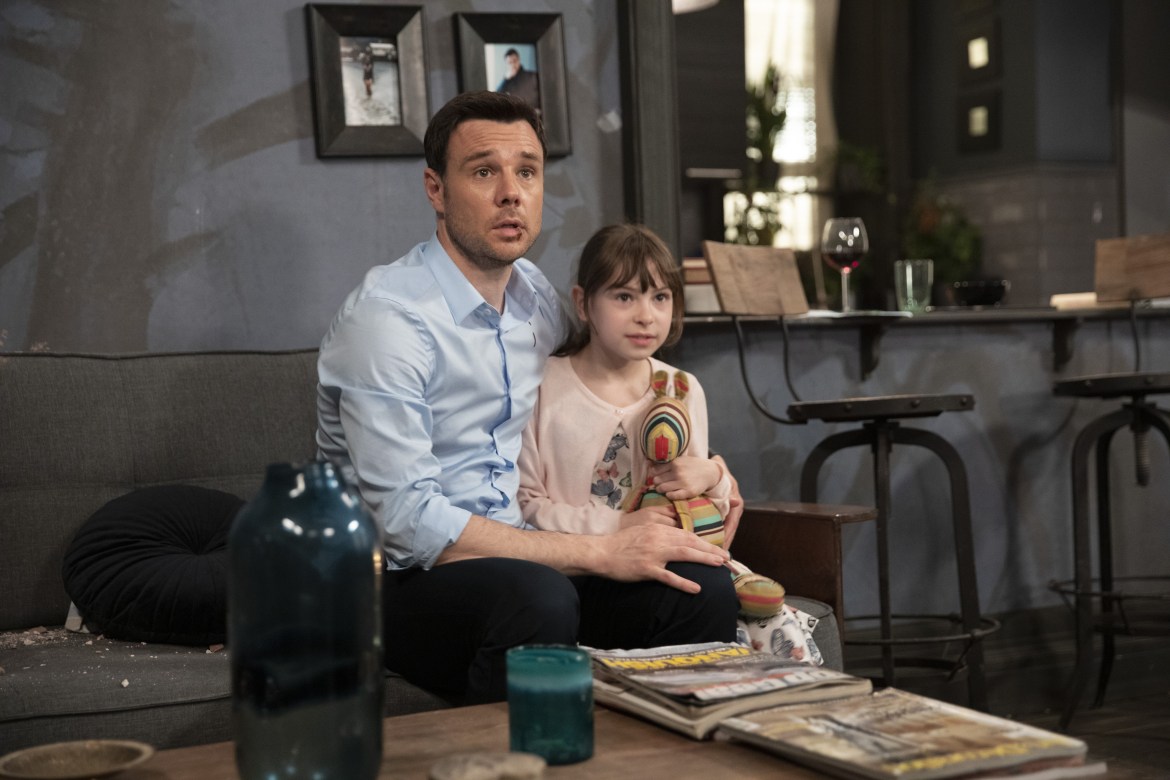 First: I’m a big Ruby Rose fan. As a fellow native of Australia, I’ve been rooting for Ruby to make it big Stateside alongside her fellow acting brethren. Despite appearing nude in Orange Is The New Black, and a solid but incomplete turn as Batwoman in the CW Series of the same name, Ruby Rose’s big-screen work has left a lot to be desired, and The Doorman is going to do her any favours. While she’s definitely hot as hell, she can’t actually act to save herself, the poor thing. Since most of her film work involves her running, shooting and looking badass, in any other world that might be enough to salvage a career; we don’t live in that world, and the halcyon days of plasticised veneered 80’s action are long past, meaning her style of hard-glare grimacing and pouty, whimsical ass-clenching are anachronistic in today’s postmodern aesthetic. 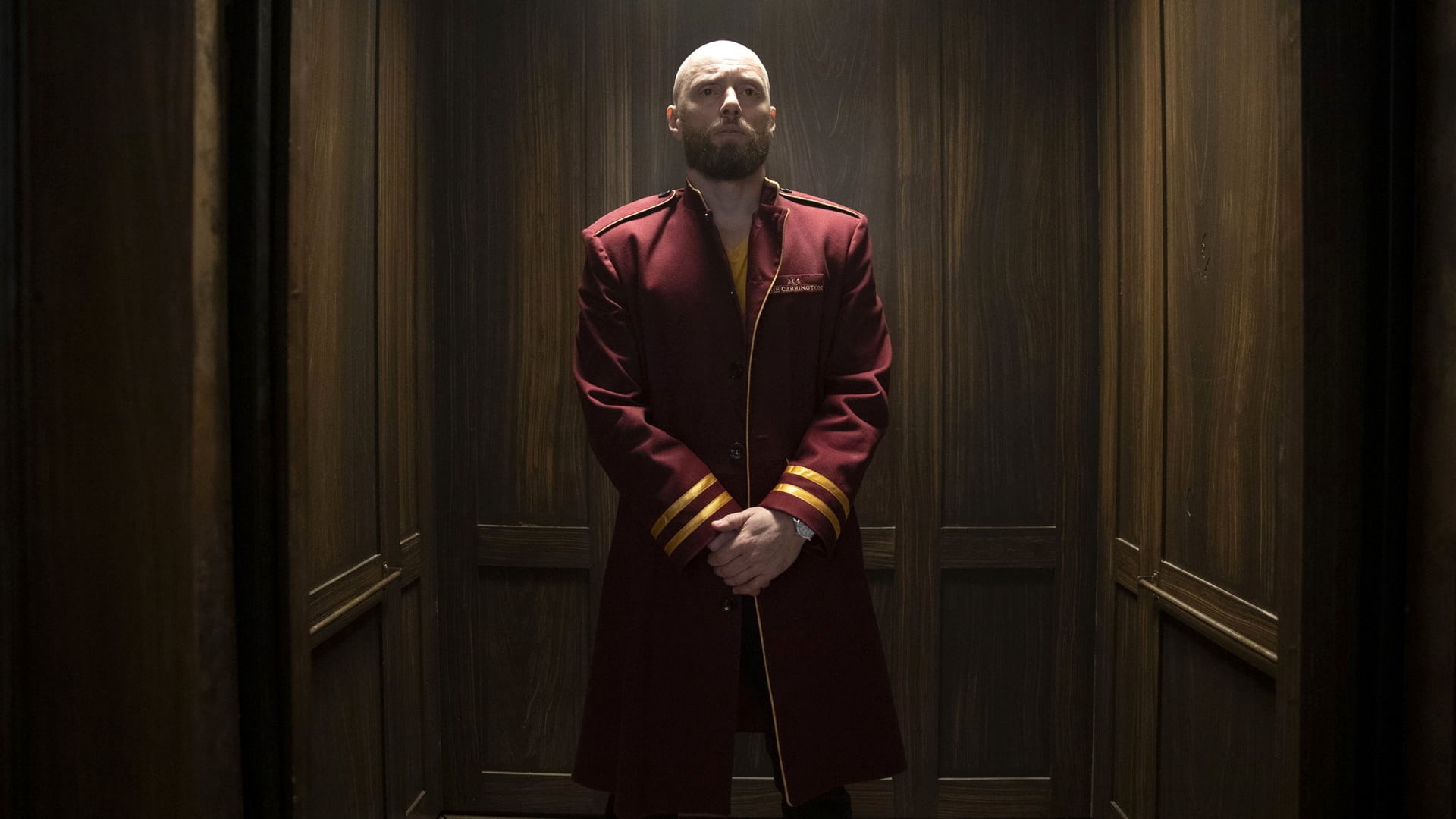 The Doorman is a pretty basic Die Hard ripoff: young badass gets stuck in a generic city highrise with a bunch of gun-wielding bad guys holding hostages while the look for hidden treasure. I mean, c’mon, you can practically smell the Bruce Willis a mile off, it’s so generic. Director Ryuhei Kitamura isn’t able to master the nuance of such a cliched plot, however, failing to generate a shred of interest in either the central character, the secondary characters, or the astoundingly silly central plot device, which has to be heard to be believed. There’s the requisite hedonistic violence, a savage cold open in which an entire family is butchered for no good reason, and a resoundingly stupid supporting turn by poor Julian Feder as Max, one of the worst written and acted minor roles in a middle-budget film made in the last three years. Jean Reno chews the scenery as this film’s Alan Rickman avatar, again wasted by the abysmal dialogue everyone’s forced to spew forth, and you can feel him trying mightily to raise a modicum of interest as the film’s laggard pacing threatens to unravel the whole thing. Indeed, it does unravel. 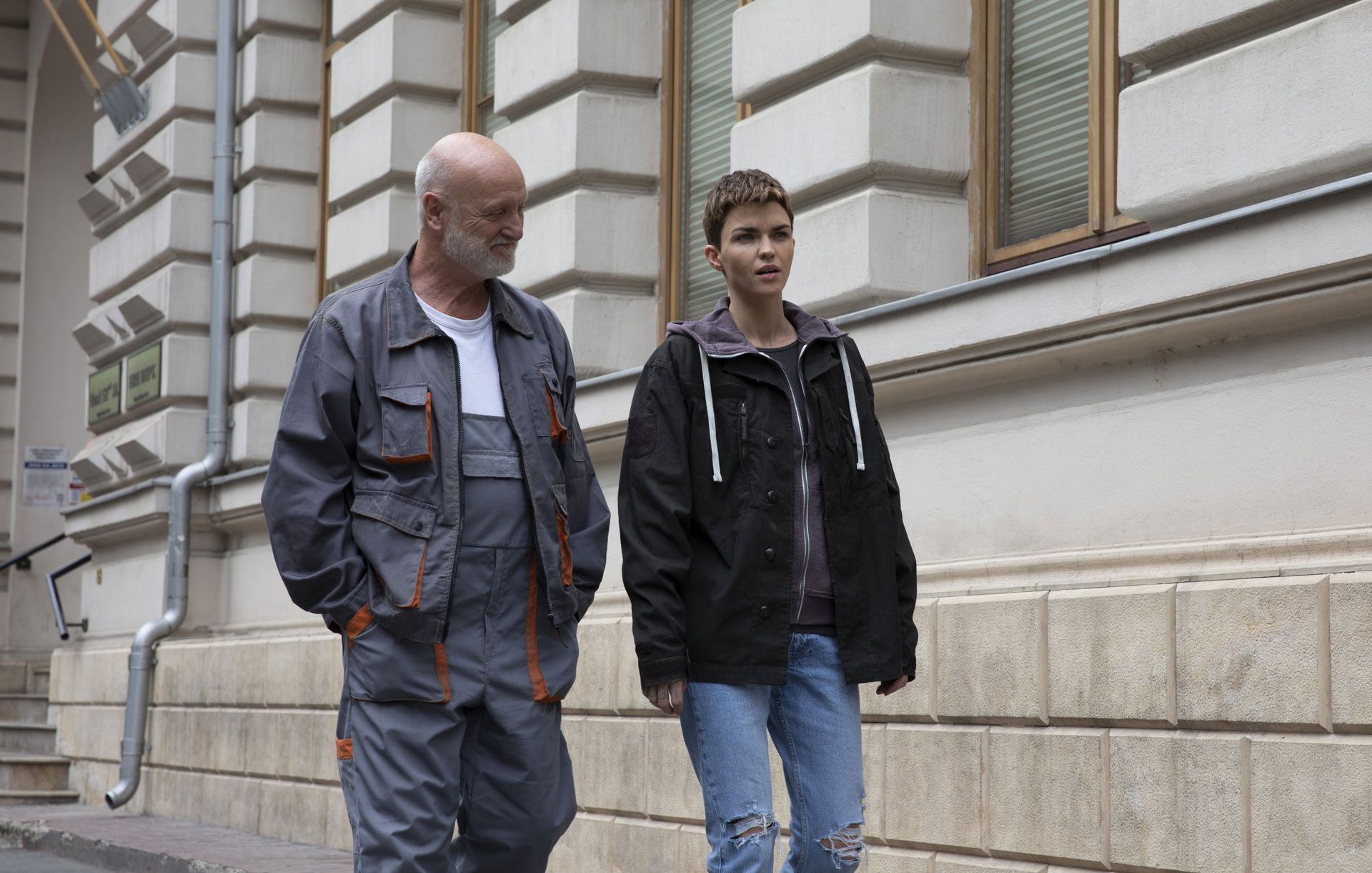 About as close to a solid supporting role as the film gets is Aksel Hennie’s Borz, the Eurotrash employee of the Carrington who is actually working for Reno’s incredibly French sounding Victor Dubois. Borz has a quiet menace about him, making him a far more worthy adversary for Ruby Rose’s Ali than anyone else on the screen. Sadly, his on-screen associates, including Louis Mandylor’s Martinez, David Sakurai’s Hammer, and Hideaki Ito as Leo, make for clumsy, by-the-book henchmen that are at best imbeciles and at worst actively trying to inhibit Dubois’ plan. 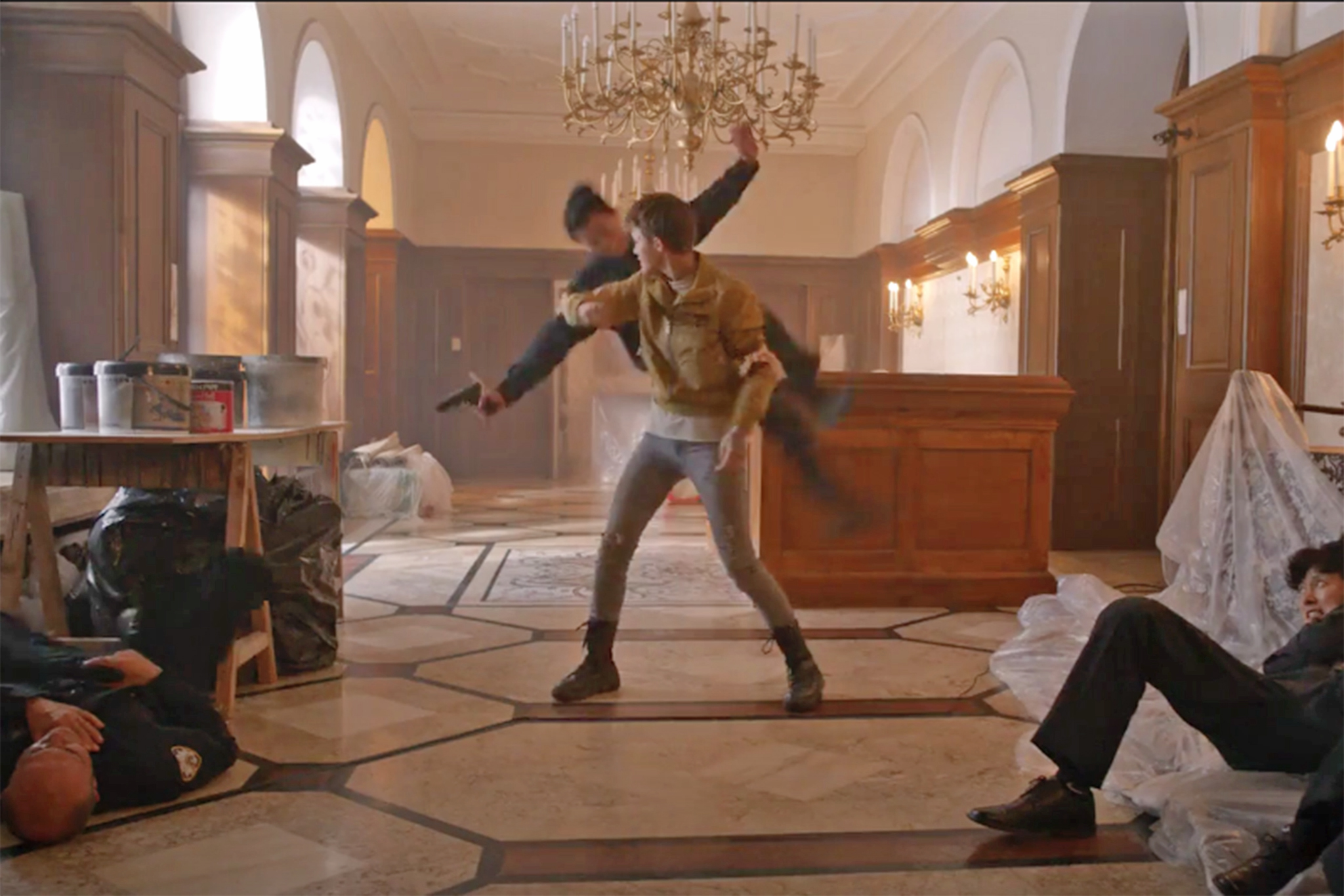 There’s some really off-key backstory with Ali suffering PTSD and an angsty interpersonal relationship with the woman and her dead sister (and by extension her sister’s family), but you ain’t here for tears and cheers, you want to see some asskicking. Ruby Rose tries her best to deliver on that front, but ruinous editing, terrible direction and piss-poor stunts excrete any excitement out the asshole of this movie and away from anyone vaguely interested. A lot of the action is over-edited, you know… to hide the inability of the cast to actually perform a lot of these stunts and things, and what few decent kills and action moments there are are either shrouded in shadow, defeated by excessive blinking lights or eviscerated by some of the most laboured physical stuntwork you’ve ever seen. Even the bloody violence isn’t really earned, with the buildup to the first major “surprise” moment almost expected by anyone who’s ever watched, you know, a film. It’s so generic, so routine, this movie: you can feel the plot mechanics happening just beneath the surface of the admittedly beautifully shot production. Predictability is the death of all cinema, and this film achieves a swift demise. 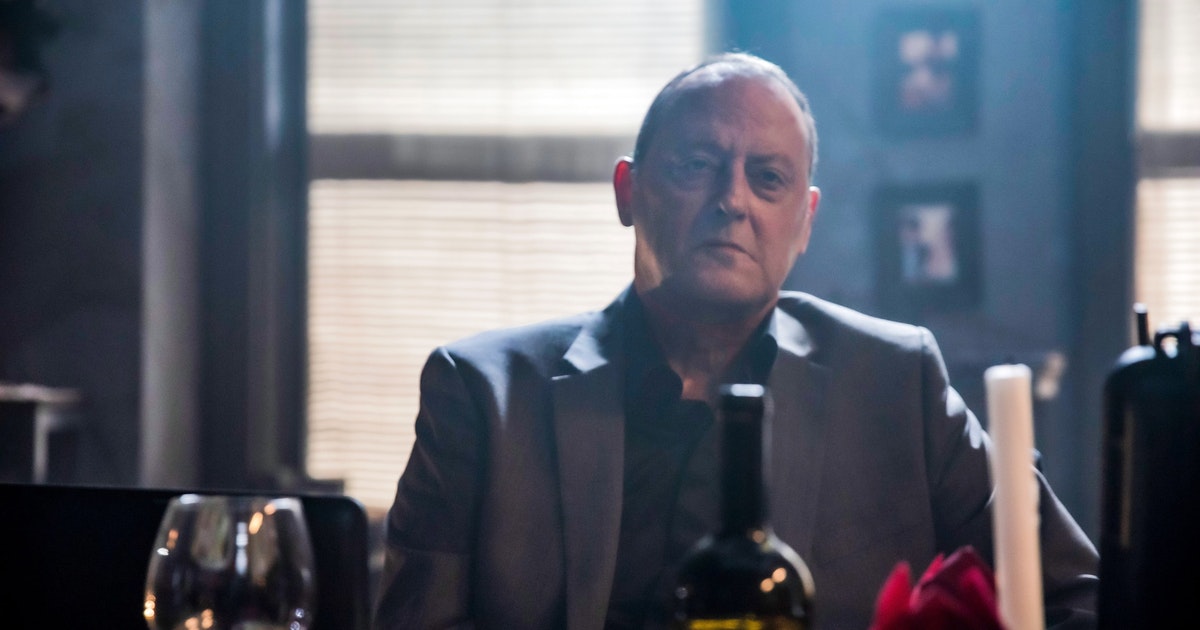 The Doorman is one of those rare film beasts that has the lead character throwing down while the audience is wanting to throw something at the screen. The acting is atrocious here, enabled by one of the worst hodge-podge Die Hard riffs ever put into production, and no amount of frustrating direction or overcranked editing can avoid this entire thing being a complete clusterflick. An absolute misfire, The Doorman should be shut, locked and chained away, never to be opened again.