Principal Cast : Michael Marinaccio, Gregory Niebel, Joré Aaron, Molly Malin, Goldie Hoffman, Marisa Mendelson, Shiah Luna, Rachael Jane
Synopsis: In a quest for a new, more humane society, a counter-culture revolution takes the world by storm. In the first of the InterReflections Trilogy, we look back to the modern world and wonder how it was we managed to survive as long as we had.
Movie Site: https://interreflectionsmovie.com/

This is a repost from https://write.as/v0oorihuzwdw0.md with permission from the author, who wishes to remain anonymous. The original text has been modified for grammar and spelling where required.

Peter Joseph’s first foray into feature-length fiction is a refreshingly sober, jarring, horror fantasy/sci-fi ride, taking risks that pay off in defining the contours of a new genre: the social purpose film. For those who are familiar with Peter Joseph’s body of work, a cerebral, feature-length sci-fi sounds about as intriguing as it does peculiar; what does a social activist known for verbosity know about making movies? The answer most likely lies in the near-decade it took to produce this movie. First announced nearly 10 years ago, what Joseph lacks in budget, he more than makes up for in conviction and execution. InterReflections may very well be the first fully meta-modern film. Basing the film on his heavily sourced 2017 non-fiction book, The New Human Rights Movement, Joseph elevates the medium with informed pragmatism. What emerges when all these elements are set in motion is a film worthy of multiple viewings. 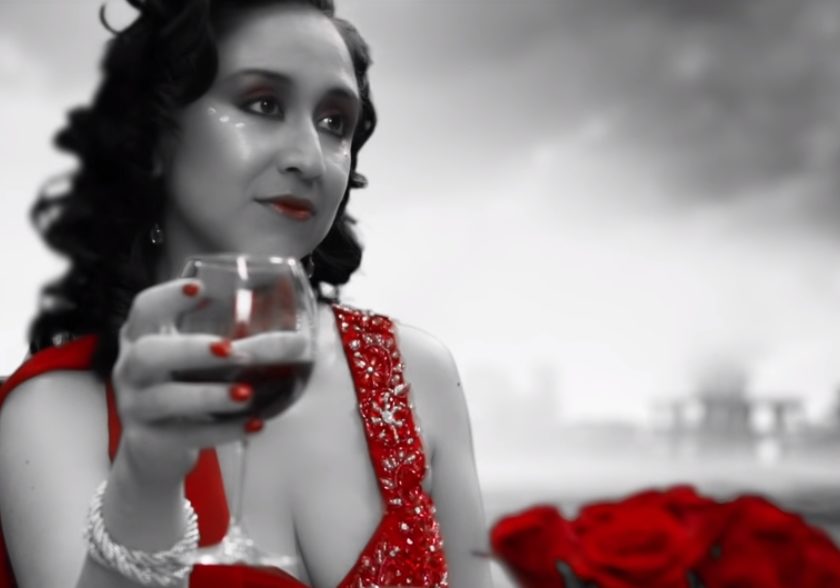 We follow ’23’ in the era of the Great Debate - so named for her number in the HR queue at the company she’s just been let go from - through an Alice in Nightmareland fever-dream sequence as she begins to see the ugly face of our society and how the under-served are treated by it. Parallel to this plot (30 years in the future around the time of the Great Transition) is a subterfuge mission by an Edward Snowden-esque former alphabet soup defector named ‘John Taylor’ and the whistle-blower group known as Concordia. The Central Authority that protects financial interests at the expense of planetary well-being has captured John Taylor and is willing to negotiate a reduced sentence with him for help - they need his expertise catching anarcho-primitivist hackers known as ‘Orion’. 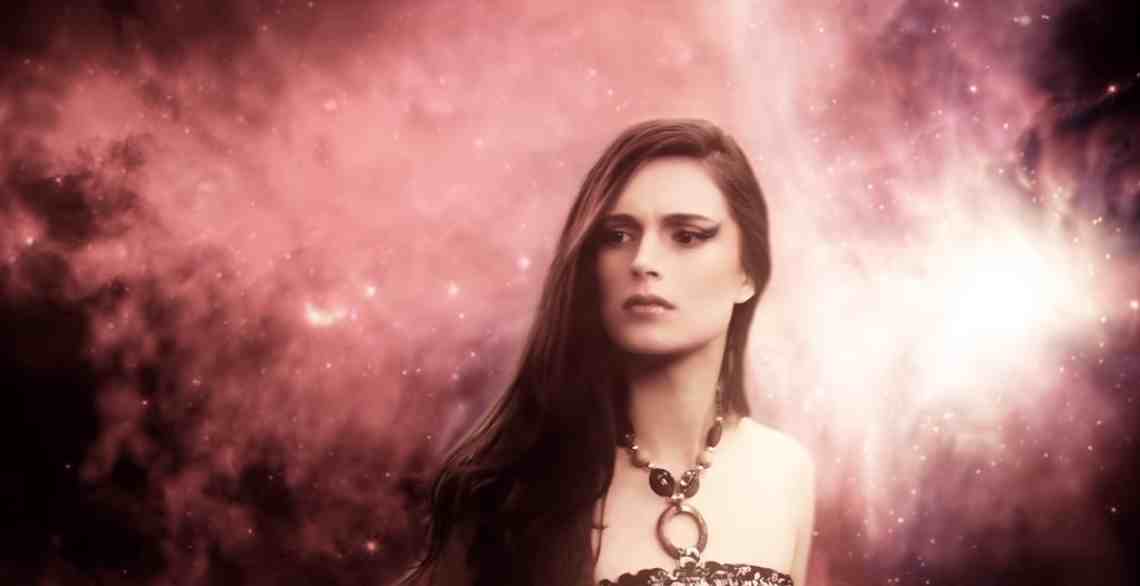 The film begins with an idyllic scene of a family picnicking in a vibrant meadow, but this is obliterated almost inexplicably abruptly, destroyed by nuclear weaponry. Later we’ll draw the lines between weaponry and livingry, but in this moment we have to trust that the creative team has a plan. This dream-like sequence ends with a fade to a young girl painting a representation of earth on a nuclear warhead. This will make sense to us by the end, when it’s revealed this nuke is a weapon that Concordia, a group identified as terrorists by the state apparatus in the film, intends to use for their liberation.

Films like Tomorrowland and Midnight Special aim to similarly inspire, but fall short of substantial guidance. Similarly, Mr. Robot in it’s premiere and first seasons addressed similar underlying socioeconomic distress, but collapsed on this plot by seeking to resolve the economic concerns with an interior journey. InterReflections goes further than these and deeper than other metafilms/series like The OA or Adaptation in its honesty and abstractions. The film confronts us with the questions it knows we will ask, with answers ready: Is the film’s premise too grand? Too Utopian? It seems to be backed by scientific consensus, so why is this even a debate?

The director sits with us as filmmaker and co-conspirator, acknowledging that the film exists in the reality that produced it, and that we all have the capacity to contribute to a better future should we so choose. This is heavily supported by the film’s concurrent timelines and multi-dimensional approach to the narrative, which manages to surprise and delight in a post-Inception landscape. Yes, apparently we can still go deeper without amping tired tropes to some ridiculously conceived next level of arbitrary complexity, giving plenty to theorise over. More immediately in the plot’s pacing, we are afforded the opportunity to learn a great deal from our cynic antagonist, ‘Simon,’ Taylor’s old boss, about the sinister UX-83 program, aka the Malthusian Mandate.

What Simon doesn’t realise is that John has a plan of his own. Apparently driven to cynicism by the weariness of enforcing a paradigm with destructive consequences, Simon is a self-aware antagonist who playfully quotes UBS boss Arthur Jensen of Network. Simon, like Agent Smith before him, affords our protagonist the opportunity challenge his dominion while they let loose riffing off one another in a continuation of the Great Debate unfolding between their staked positions. Where Simon is incentivised to accept a misguided ‘human nature’ argument, John recognises that we are all participants in the game we play and that we can choose a better suited paradigm as long as we understand the parameters. The key difference in these two figures seems to be the proximity each has to the fear of scarcity and the actions other humans might take in what each puts forth as likely projected scenarios. Joseph flexes here, using his credentials as an author to demolish socially Darwinistic arguments and confidently construct counter-arguments through Taylor.

Interspersed among these parallel plots throughout the film is an interview documentary that takes place 100 years from our own 2020, delivering exposition and supporting arguments for the actions and malaise experienced by our protagonists in their respective times. So far we have the Great Debate time (our present), the Great Transition (30 years in the future), and the Future/Present (100 years from our present, where a documentary is being filmed that views the prior timelines as past).

The imagery in InterReflections dispenses with “cope talk” and instead subverts euphemisms like “pink slip” with a more literal economic execution. Writers like Steven Pinker emphasise that the world is getting better while minimising the systemic inefficiencies and structural harm produced by our economic system; however, Joseph makes a conscious choice to illustrate how subtle, normalised economic mechanisms can exacerbate into epidemics, like an opioid crisis plaguing the United States fuelled by economic disenfranchisement. The film takes its time with each element, introducing them deliberately and with the evidence necessary to pull off a film laden with theory. After marinating us in nightmare fuel, Joseph breaks out with a musical number and counters the recent bleakness of Black Mirror with optimism as Chomsky defines it: “Optimism is a strategy for making a better future. Because unless you believe that the future can be better, you are unlikely to step up and take responsibility for making it so.” Hot off the heels of hit blockbuster Joker, InterReflections is a much needed antidote to the cathartic despair of Arthur Fleck.

It’s through this integration of sci-fi, horror, fantasy, and documentary-style film techniques that Joseph transcends the medium beyond merely breaking the 4th wall, it seems he aims to break the black mirror, the very looking glass that we - the audience - use to comfortably distance ourselves from the subject matter. Without spoiling what breaking the black mirror refers to, it’s something that you’ll recognise when you see it and it all comes together. Only a social activist with a sincere, un-compromised, and vulnerable adaptive vision can move the stale medium of film beyond superficial capes and crusaders, damning, by its very existence, the emptiness found by appealing to only empty calorie denominators. This facet of the film is where Joseph breaks new ground, placing the onus on us to understand what we can do with the information presented. Empowering us to do so.

Optimism and nihilism are transformed into a meta-modern utilitarian pragmatism, and our blooming existential turbulence is given data-driven medicine far more powerful than the milquetoast manufactured hope of Pinker. By acknowledging the POSIWID (The Purpose of A System Is What It Does) of perspectives, InterReflections understands that while it proposes apparently lofty goals, we are merely limited by our own abilities and structural incentives. By involving the audience in the Great Debate through 23, the cast and director dare us as an audience to ignore the pragmatic design proposals of the film’s future. It preempts ‘utopian’ critique, with a nod to Massive Change author Bruce Mau, and a blunt quip that we should only bother calling effective design ‘utopian’ if we want to sound stupid. 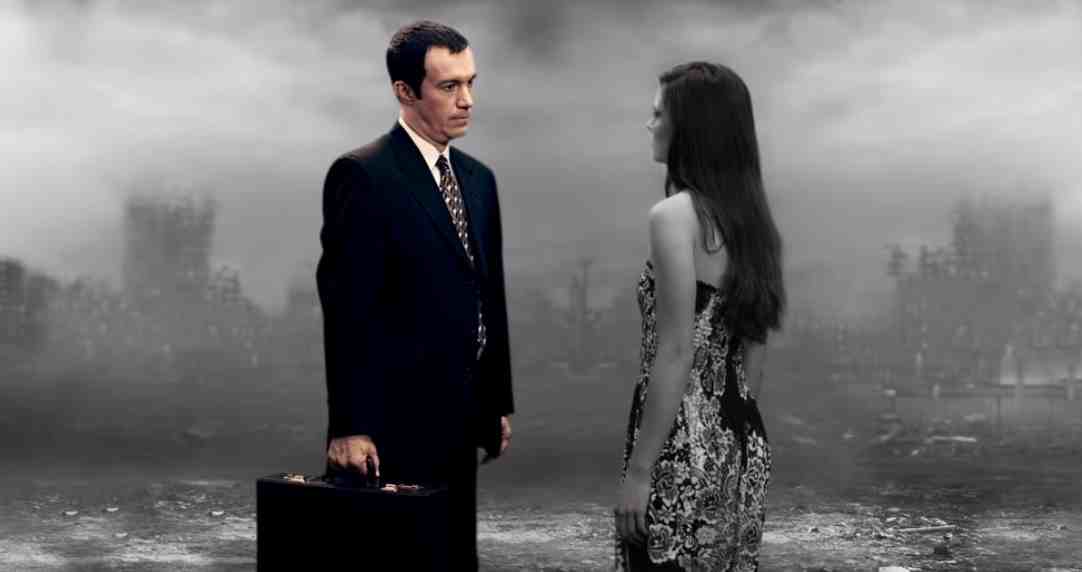 Finally, the film ends with wisdom and a warning. The director asks one of our documentary subjects that if they could reach someone in their distant past, aimless and disenfranchised prior to the Great Transition, for all the lost people out there listening for direction, what would they say? To which she replies: Recognise that you are all one, or find out the hard way. We’ll see if Denis Villeneuve’s adaptation of Dune reaches what is now the bar for ambitious, purposeful sci-fi as Frank Herbert, an ecology activist, might have dreamed for Dune, but for now InterReflections, a low-budget indie production, holds that title. Heading into the Soaring 20’s, the timing for InterReflections couldn’t be better. It may set an idealised tone, but it does so with a self-deprecating sense of humour and meticulous awareness of the subject’s gravity. Don’t miss this film, it may be the most important one you see.

I am an active young photographer, film-maker, web-designer, programmer, and basically anything to do with Digital Multimedia.
I also watch TV serials, and play computer games in my spare tiime.
I host, and maintain the Fernby Films site, amongst 20 other websites.
Together, Rodney and I created School Yard Justice, and I helped film some of the scripted sequences of Thrash Bus 2. We are both currently working on a SFX heavy mocumentary.