There’s an argument to be made that Playing With Fire is, indisputably, one of the worst films you’ll see this year. It is, it truly is. It’s an ashen, torturous experience involving execrable screenwriting, insipid acting and flat, off-key humour. It’s a conflagration of the most uninspired filmmaking and creative banality it’s little wonder the film bombed badly in theatrical release, salvaged at its most basic level by the inclusion of wrestling superstar John Cena, who has carved a minor career as a screen star since 2006’s The Marine. Remarkably, however, kids may find much to enjoy here, with the gamut of bodily fluid jokes, tepid romance, and silly voices splattering across the screen in a typical Nickelodeon manner that are aimed directly at children; stupid children, but children nonetheless. 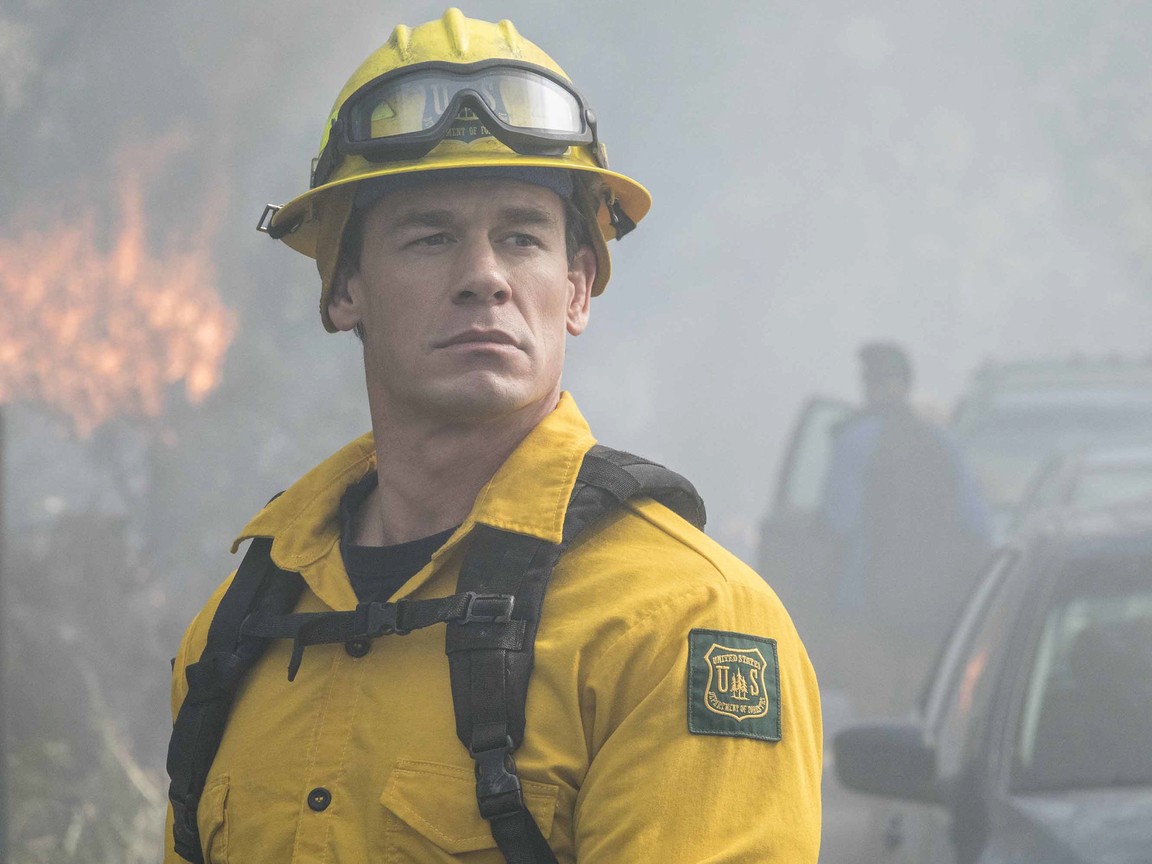 A group of Californian smokejumpers, led by Superintendent Jake Carson (Cena), have their lives turned upside down when they rescue three abandoned children from a burning building. The kids, eldest Brynn (Brianna Hildebrand), middle child Will (Christian Convery) and toddler Zoey (Finley Rose Slater), soon give Carson and his team, including Mark (Keegan-Michael Key), Rodrigo (John Leguizamo) and the silent Axe (Tyler Mane, another ex WWE talent brought into the mix) a run for their money as they attempt to first locate their parents, and then succumb to life in the forest, all whilst Carson attempts to woo nearby scientist Amy Hicks (Judy Greer) and obtain a promotion from division commander Richards (Dennis Haysbert). 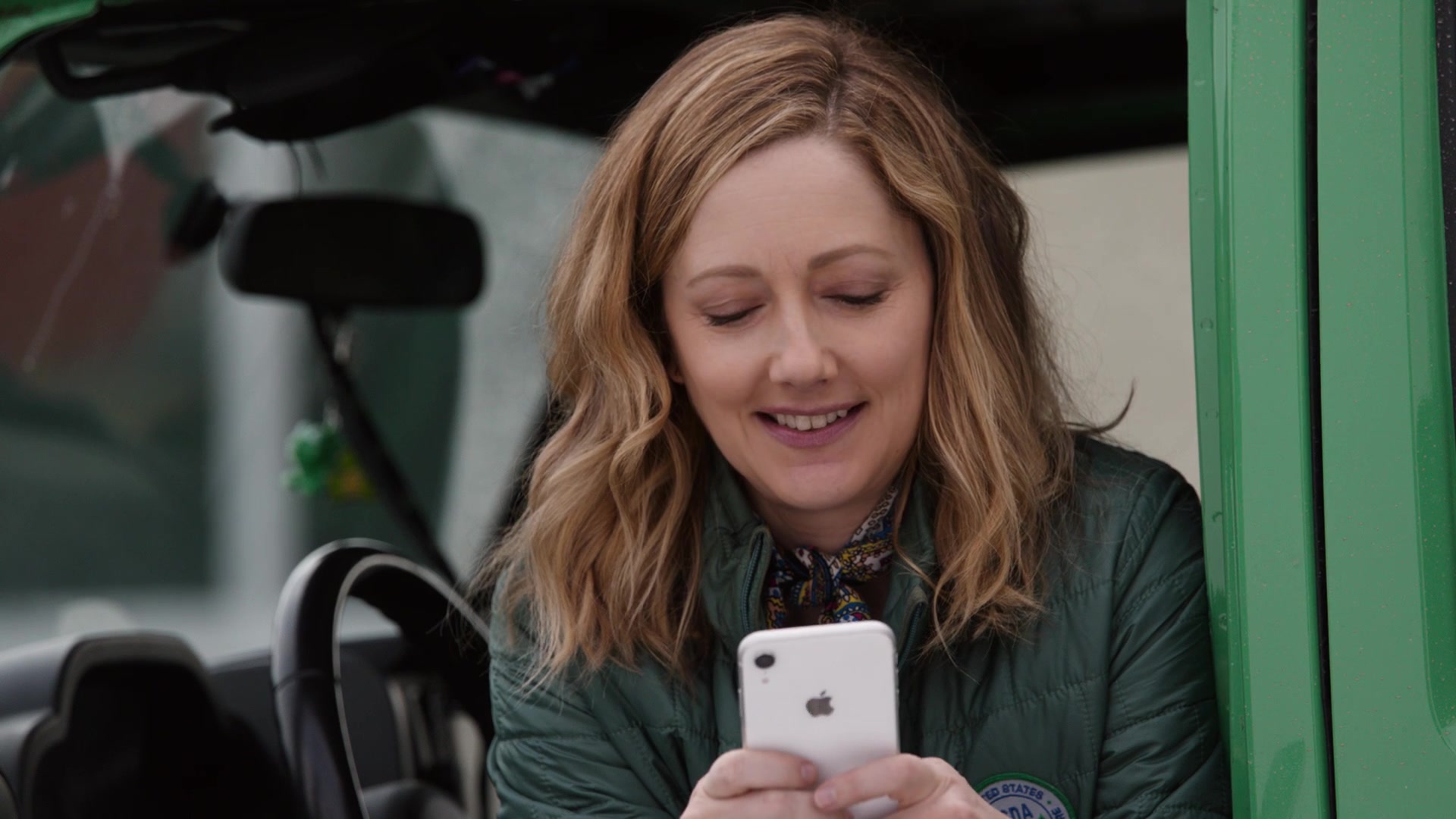 There are remarkably very few actual fires in Playing With Fire. Aside from a dumb-as-a-box-of-rocks “let’s save a bunch of trapped tourists in the forest” opening sequence, cheaply made and lacking any kind of excitement entirely, the film is practically flame-free with regards to action and interest. It’s as if the film was written by, directed by, and acted by robots, because the script is acrimoniously scabrous towards its on-screen talent, and abysmally offensive to adults who might pay to see it. The editing is awful, lacking a sense of fun or playfulness that would have really helped the screenplay a lot (let me reiterate: a lot) and the direction overall is one of the most ghastly things it’s ever been my displeasure to witness on a screen of any size. Playing With Fire is terrible. 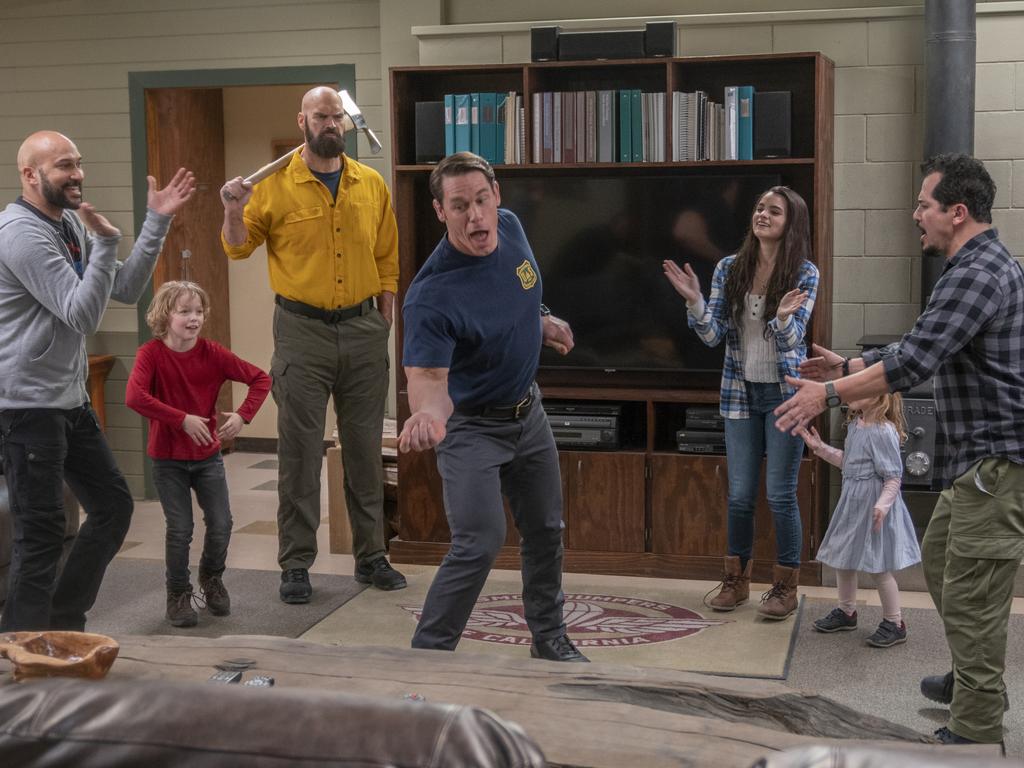 It’s an anti-movie, this one, which is disappointing because John Cena doesn’t strike me as somebody who can’t hold a film. He can, given the right material (12 Rounds, while decidely lackluster, was still relatively competent, and this film is anything but) but Playing With Fire incinerates his ability to hamm it up for laughs. Cheap gags can work well when done right, and Playing With Fire attempts to do that and fails utterly. Cena, Keegan-Michael Key and John Leguizamo trip over each other trying to be the funniest of the chuckleworthy smokejumpers forced to play dad with these kids, although almost without exception the film ends up a considerably lamentable laugh-free zone. Keegan-Michael Key does his shtick with the usual amount of restraint and I guess if I was forced to choose a MVP in the whole sorry mess it would be him, but only because we glimpse occasionally the real humour buried beneath this trainwreck. Poor John Cena plays the straight guy as if he has not a brain in his head, which works to a point but then he’s forced to play “the smart one” as well which doesn’t; I feel most sorry for Cena because you can see this was his The Pacifier or The Tooth Fairy, with his tough-guy image softened in the face of a trio of adorable children. 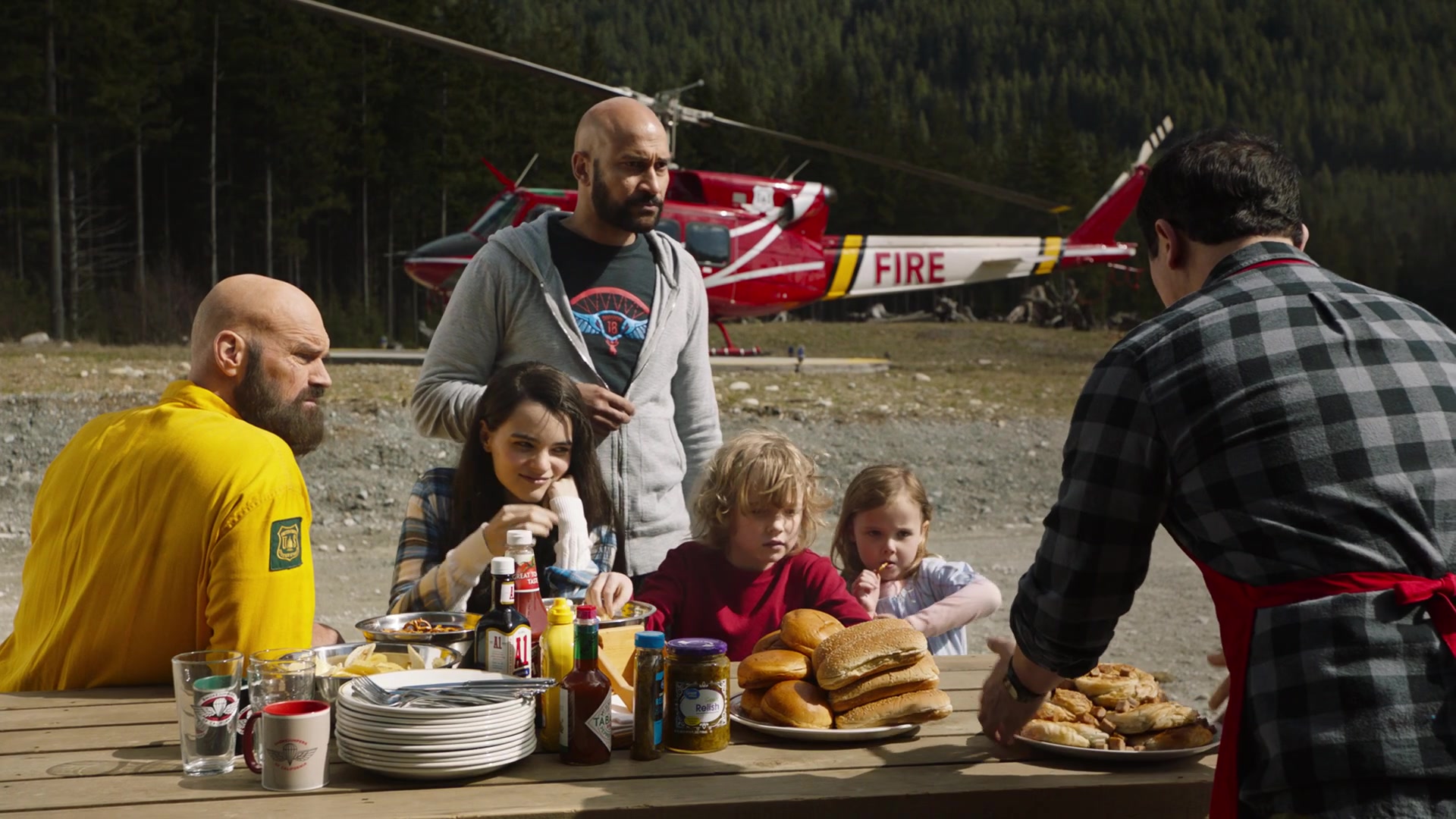 Only, these children aren’t adorable. They’re the opposite of adorable. The eldest child, played by Brianna Hildebrand, has an unexplained bizarre “escape” fetish in which she feels compelled for no obvious reason to just steal a vehicle and fuck off, and it’s stupid. The youngest kid is supposedly a toddler who shits her pants and can’t speak an actual word of english but looks for all the world old enough to be at school: it is staggeringly awful – a requisite scene in which two of our hero smokejumpers have to “change her poopy diaper” to the result of continued dry retching is creepy as hell given the kid looks old enough to feed herself and wipe her own goddam ass – I mean who was watching the dailies for this and giving it a green light? And the middle kid? I don’t even remember him at all, he’s so insignificant to the film. 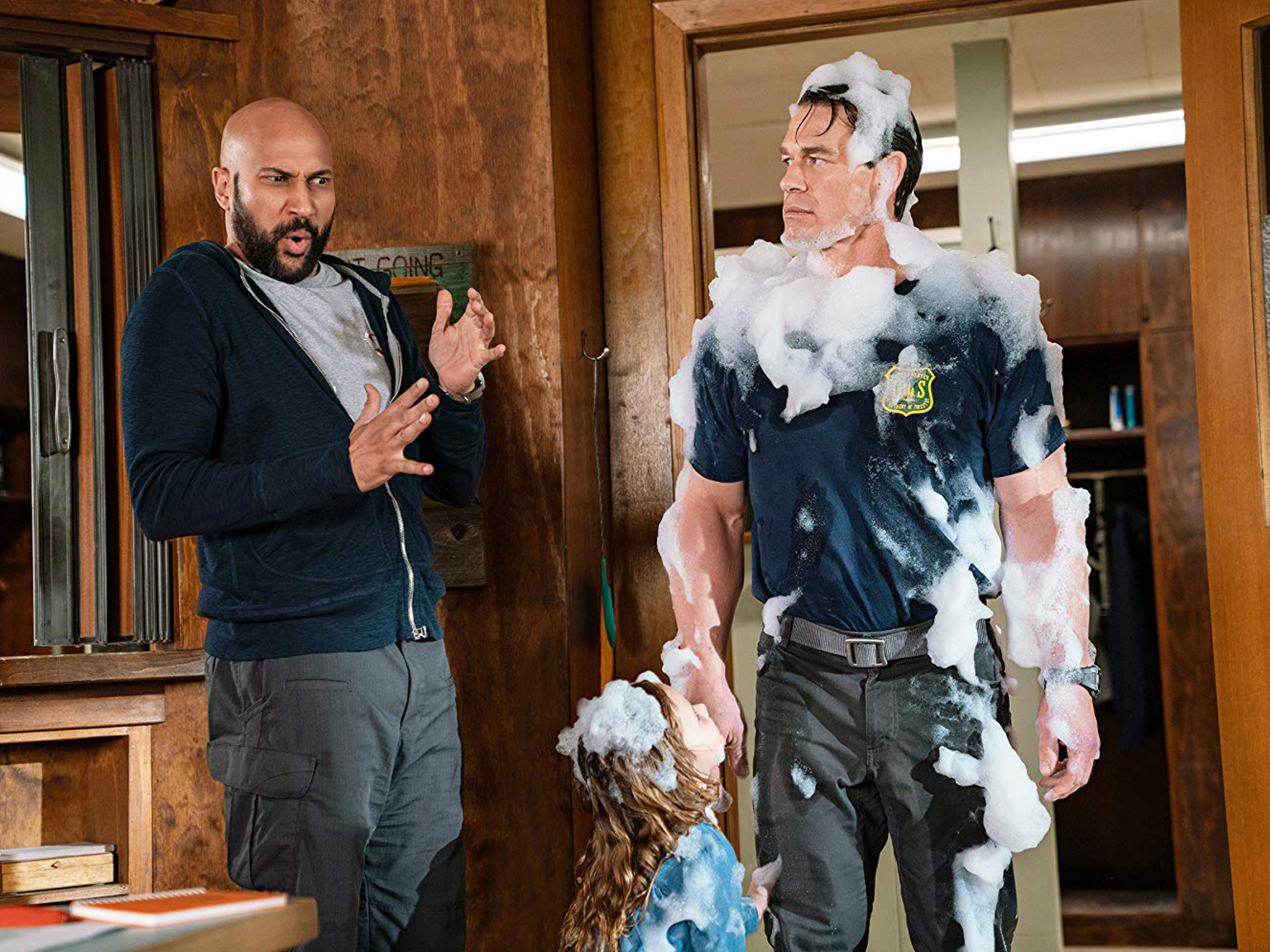 And it pains me to see an actor of the calibre of Judy Greer slumming it as Cena’s love interest, a bland, inane cliche character spouting stupid lovey-dovey eyes at Cena whilst he can’t even speak proper sentences. Greer, together with a straight-as-an-arrow Dennis Haysbert, barely escape with their dignity in tatters, the film is so repellent. They’re cartoon characters in a cartoon world of firefighting and masculinity, fitting perhaps that Cena, a cartoon character in wrestling takes to the screen with the hulking size of Dwayne Johnson and the charisma of a carrot. Playing With Fire made me angrier and angrier with each passing moment, because it so astonishingly wastes its premise and talent in this hackneyed, slovenly film that could have been so much better. Director Adam Fickman, a filmmaker not known for quality product (Paul Blart: Mall Cop 2 automatically disqualifies him from a career in the Hollywood big leagues, surely) shits the bed with this misfire (pun intended), unable to concoct an ounce of enjoyment, fun, laughs or coherence amid the shoddy screenwriting. It’s a wooden, lumbering pox on the screen, and I utterly recommend you steer well clear of ever seeing it.