It’s one of the more difficult genre of film to pull off well: the biographical picture – or biopic. Part of the problem with them is that, typically, they’re about a public figure the audience is familiar with, or at least has a cursory knowledge about, and the success of a film depends entirely on the central performance of the actors playing the roles of somebody who either lived or is still living. In the case of Judy, a genre flick focused on the latter months of the life of Wizard of Oz star Judy Garland and her time on London stages in the 1960’s, the leading performance by Rene Zellweger in the title role is largely excellent, even if the film she’s in is woefully uneven and, at times, glacially boring. It’s a weird, ambivalent film about the Hollywood star, her emotionally abusive relationship with MGM Studio’s head Louis B Mayer, eating disorders and her eventual spiral into drugs and alcohol once her screen career began to falter. Does it succeed in telling an interesting story about Garland’s life, or a segment of it? Not really; the production design is excellent, as is the costuming and cinematography of the period, and for sure Zellweger does her best as Garland herself. There’s just something missing from Judy that’s hard to pinpoint, a kind of unfriendly rancour between story and viewer that prevents this one from really taking off. 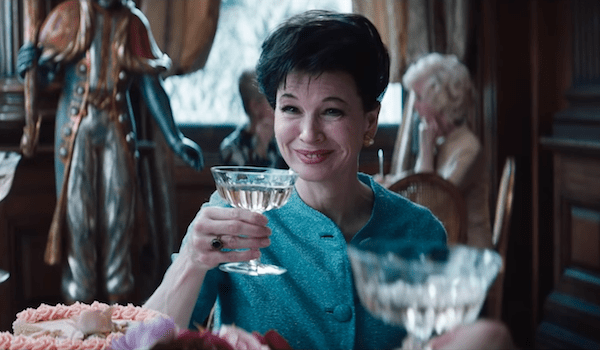 In 1968, Hollywood icon Judy Garland (Zellweger) arrives in London to play a series of sold-out concerts, needing the money after her career in America runs aground with reports of unreliability and poor behaviour. She is separated from her children by ex-husband Sidney Luft (Rufus Sewell), who remains behind in LA, and Garland meets and falls for nightclub owner Mickey Deans (Finn Wittrock), whom she eventually marries. Garland’s alcoholism and addiction to drugs, whose genesis lies in her abusive emotional relationship with former MGM studio boss Louis B Mayer (Richard Cordery) on the set of The Wizard of Oz decades earlier), have caused her behaviour and moods to become highly erratic, to the point she can hardly get through many of her performances, and the financial backer of her tour, Bernard Delfont (Michael Gambon) starts to have concerns. As Judy’s personal life spirals out of control, her great fear of being forgotten starts to mount and causes even greater anxiety.

Judy Garland remains an enduring figure from Hollywood’s Golden Age, perhaps due to her early and untimely passing in June of 1969, aged only 47 from an accidental overdose of barbiturates. A tragic figure in her final years, Rupert Goold’s nostalgic film doesn’t do her any favours, nor does it dwell too heavily on the negatives of Garland’s multiple marriages, her addictive personality and her struggle for relevance in waning fame. Instead, it’s a film giving Rene Zellweger an opportunity to do a pretty decent Garland impression – I say impression because while Zellweger’s performance is really good, she never disappears into the role. That’s the difference between, say, a great performance like this, and a transcendent one like Daniel Day Lewis’ turn in Lincoln, playing the President of the United States. I commend Zellweger for giving it her all, and to a degree she pulls it off well (aside from occasionally looking like Garland has a facial palsy), but it’s rare you can see Garland peering out and not Zellweger’s pinch-eyed face with pursed lips. Your mileage on Judy will be determined by how well you think Zellweger delivers the performance (for which she was Oscar nominated); for me, I was ambivalent to it overall but felt it was nuanced and mannered enough to work enough for the film. 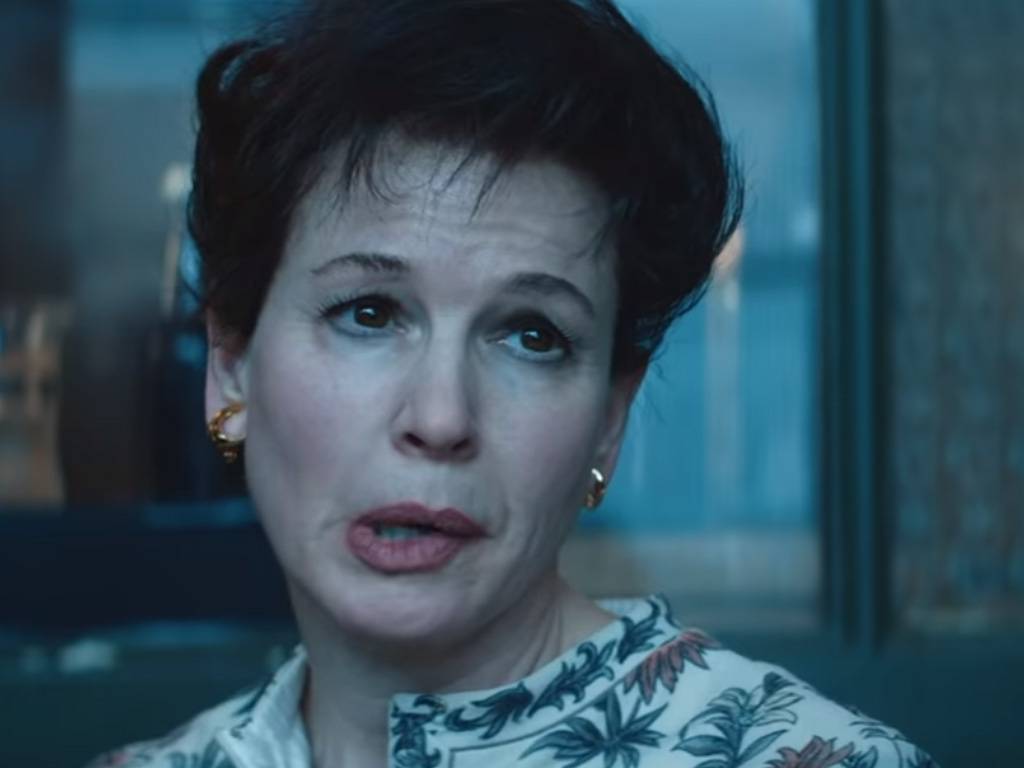 Unfortunately, the rest of the film isn’t really that great. The story and the manner in which it’s told is abrasive and rushed, with Tom Edge’s screenplay refusing to really dwell on Garland’s personal life more than it does her faulty, flawed London shows. As Garland’s frailty and frustration becomes more apparent the film tries to double down on her legacy and fame without accomplishing anything of note about either. Her relationship with her ex, husband Sidney Luft (a terribly underused Rufus Sewell), her gradual estrangement from her children Lorna (Bella Ramsey) and Joey (Lewin Lloyd), and her newfound love with Mickey Dean, aren’t developed well enough to make much of an impact. Wittrock’s role as Dean is the film’s least interesting aspect, which is saying something given Garland married the dude. It’s disappointing, really, that the film can’t quite come to grips with its title character being so flawed and human, whereas the on-screen icon had few perceptible problems, and the juxtaposition isn’t built upon well enough to make Garland’s moodiness work too well; are we meant to hate this woman, or feel sorry for her? Frankly, it’s hard to tell which, and in the end you just feel indifferent because the film can’t make up its mind. A memorable scene involving Garland meeting a gay couple and going back to their house to reminisce and sing classic songs is as close to humanising the persona of Judy Garland as the film can offer, otherwise it’s merely a series of vignettes with limited interest somehow strung together trying to formulate an impression of her that is ill-fitted to the tone of the rest of the film. 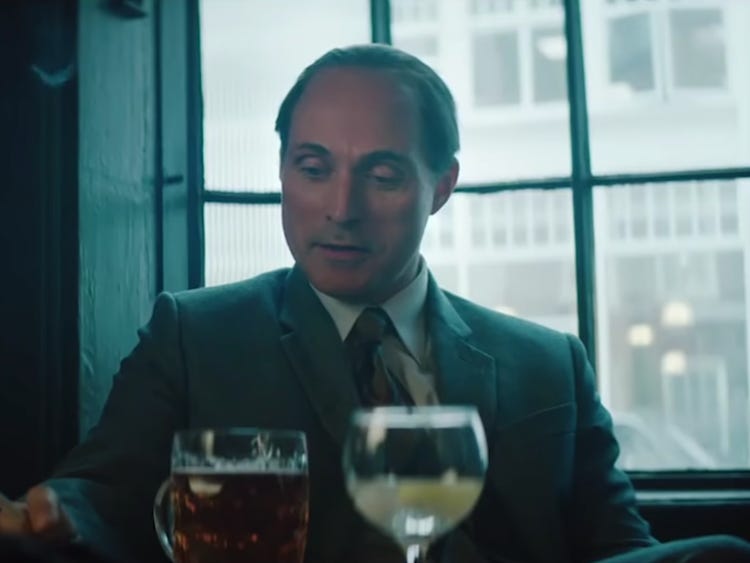 Goold’s direction isn’t exactly imaginative, either. It’s a flat, dull film despite some splendid cinematography from DP Ole Bratt Birkeland, lacking any sense of pace or… dare I say it, showmanship for one of Hollywood’s most prominent stars of her time. The production design is excellent, the costuming and casting around Zellweger first rate (although it should be noted that I had to Google who half the historical figures here were, there’s no specificity by the dialogue) but the film wastes a great cast with a lack of development for the relationships we’re meant to be enticed by. The relationship between Garland and Mickey Dean is hideously written, poorly fleshed out and absolutely trashed in the edit with limited screen time for us to really see the pair bond; they go from husky voiced flirtations, to marriage, to throwing shit across rooms at each other in what feels like a matter of minutes. Again, the pacing of the film is all over the place, and the iniquitous tone between Garland and those surrounding her results in a drab, dreary affair that is perhaps more offensive to Garland’s memory than it is in any way positive. I think I learned more about skiffle musician Lonnie Donnegan (John Dalgleish) in the four or five minutes he appears than I did about the woman for whom the film is named.

As bipolar a biographical film as you’ll find, Judy’s reminiscence of the late actress-slash-singer’s final months (she died mere weeks after her final London appearance) is shoddily cobbled together around a competent and erstwhile turn from star Rene Zellweger. When it focuses on Garland’s many stage performances, there’s a natural tension and joy to be found. When the film wanders off-stage, the story falls apart, offering a dispiriting, uneasily manipulated cliche of drug-addled rants and self-absorbed introspection forming what can only be described as an empty vessel of stardom, instead of the meaty, emotionally involving drama one had hoped for. Still, the songs are good.