As we settled into our seats for our screening of 1917, the latest opus from Skyfall director Sam Mendes, I remarked to my friend with me that it seemed problematic that Hollywood has made far more films about World War II than they ever had about The Great War, in which this story is set. The horrors of “adventure” dashed in the mud of the French battlefields, the loss of innocence of an entire generation as they fought “the Hun” for King and country, have rarely been as potently depicted as they are here, in a film that serves as a remarkable companion piece to such classics as All Quiet On The Western Front, Paths Of Glory, and even Peter Jackson’s recent documentary artwork They Shall Grow Not Old; 1917 is a film that reminds us (again) of the horrors of war, what men are prepared to sacrifice for freedom and glory, and the price paid to achieve it. Told through the unique “single take” style, in which the the film occurs as one long, unbroken take (although it is comprised of many) stitched together masterfully by editor Lee Smith (returning to the genre following Christopher Nolan’s Dunkirk), the film is a stylish, tense film about one man’s quest to save thousands of lives through enemy lines and the mud and death of trench warfare. 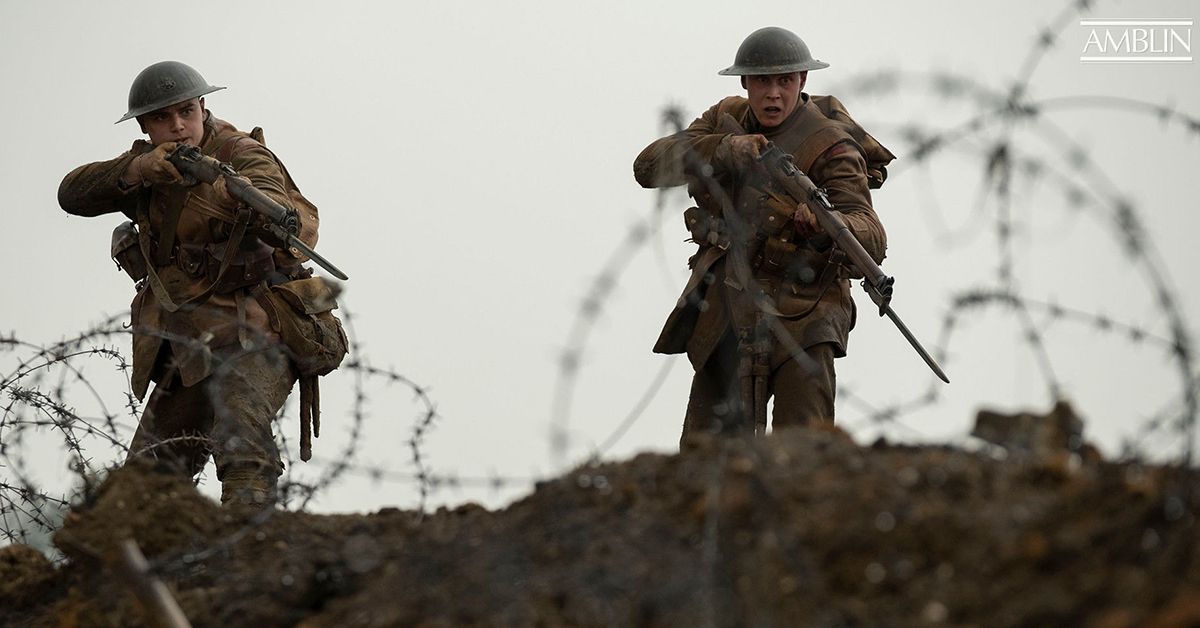 April, 1917, and on the battlefields of France the German forces have pulled back from their front lines; ostensibly in retreat, it is learned by General Erinmore (Colin Firth) that it’s actually a trap, in which a battalion of soldiers pursuing will be walking into a deadly slaughterhouse. Erinmore charges two soldiers, Lance Corporal Tom Blake (Dean-Charles Chapman) and Will Schoefield (George MacKay) to stop the assault by making contact with the Devonshire Regiment’s commander. In order to achieve this, the pair must cross No Man’s Land, through blown out farmland and villages, and across a river to where the assembled forces of the distant regiment are about to launch an ill-fated attack. The impending assault will commence early the following morning, meaning Blake and Schoefield have little time to achieve their mission. Making it even more personal, it is stated that Blake’s brother is stationed in the regiment due to make the first wave of the upcoming battle. 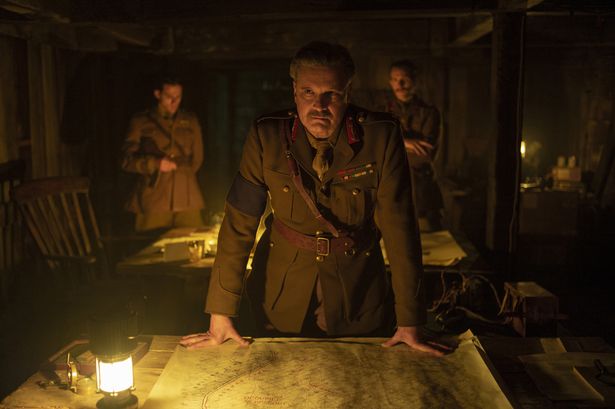 There’s absolutely no denying the pedigree behind 1917. It’s an immaculately crafted, beautifully acted and astonishingly haunting movie, the kind you’d describe as “highbrow cinema”. It’s a movie that knows it’s a movie, the kind of movie made by people who know what they’re doing and doing it really, really well. Director Sam Mendes has assembled a superstar team behind the camera to complement the star-studded roster in front of it, although the latter statement is a touch disingenuous because a lot of the film’s Big Name Talent are mere cameos – the likes of Colin Firth, Benedict Cumberbatch and Mark Strong appear in their scenes for barely minutes, with linchpin performers Dean-Charles Chapman and George MacKay holding everything together throughout. Mendes’ cinematographer is none other than Oscar darling Roger Deakins, joining co-screenwriter Krysty Wilson-Cairns (in her feature debut) and renowned composer Thomas Newman to help deliver this powerful human journey to the big screen. 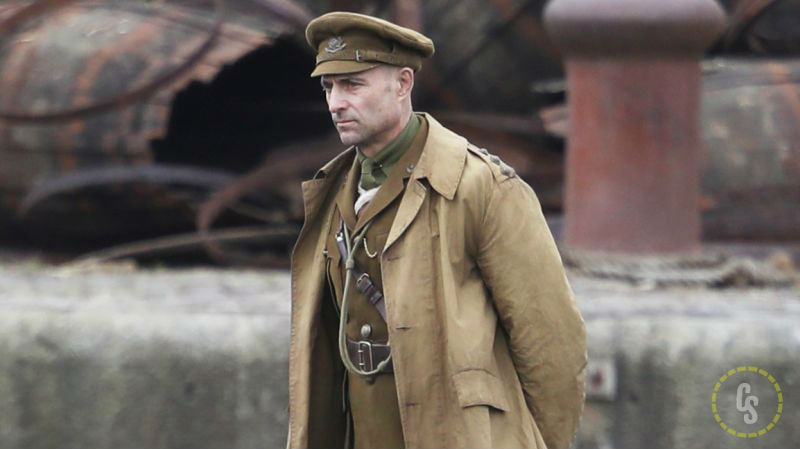 It’s not an overly complicated premise, a typical Quest flick married to a “ticking clock” plot twist designed to make every step, every hindrance and stumble, all the more meaningful. The film’s script works best when it’s focusing on the mundane, which comprises a large portion of the film’s early going as soldiers Blake and Schoefield are tasked with getting their important message to the far-distant commanders. The characters are well developed, with Schoefield becoming the film’s central role following a devastating mid-film event designed to service the “all bets are off” wartime motif, and for sure by that point all bets truly are off. The lives of potentially thousands are at risk. The chemistry between MacKay and Chapman is palpable if a little unsteady, with MacKay’s Schofield the more reserved and circumspect of the pair as they traverse the trenches and battlefields of France. As you might expect, their dialogue leans into the mundane: stories from home, of their lives before the way, anything to break the monotony and terror of fighting on the front. This naturally predisposes us to feel bad for them when they encounter potential death, and the film works well in this respect. 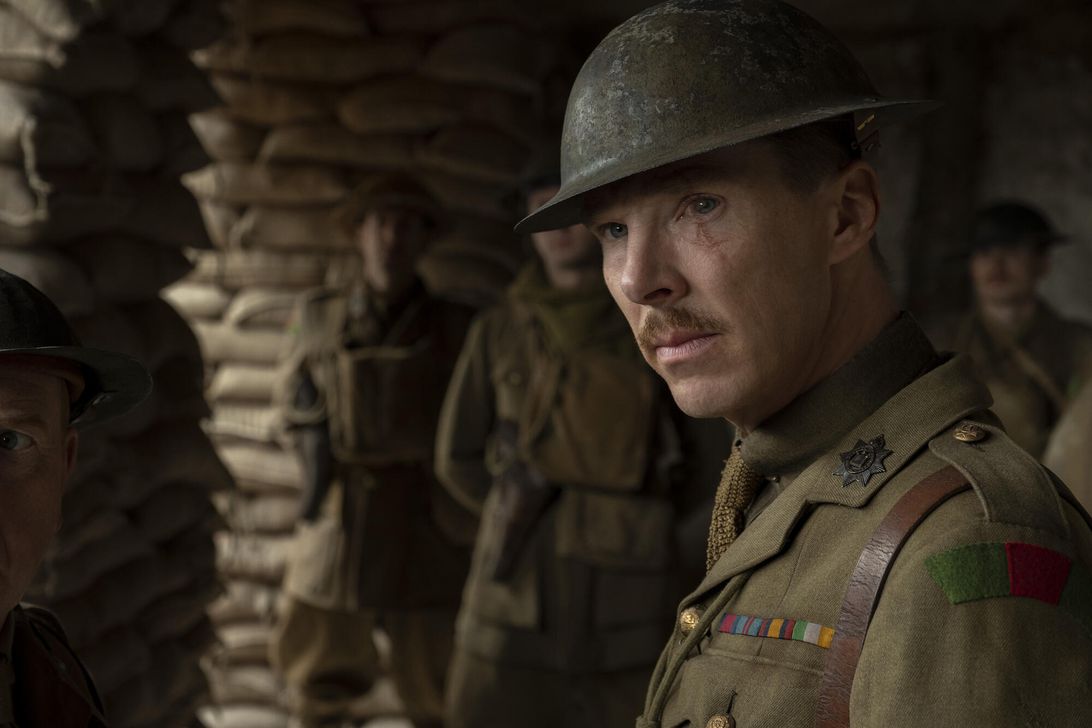 Another of the film’s most compelling aspects its it’s “long take” style, which is accomplished with panache by Mendes and DP Deakins. The film does have cuts hidden away (anybody whose seen a film before will probably spot the majority of them, but I’d wager there’a load we all missed) and one particularly brutal hard edit, but it all serves to build a brilliantly flowing, effortlessly smooth tonal tableau that somehow never feels like a film running some two hours. The transition from moment to moment within the context of the film is incredibly organic, with our central duo moving mainly on foot, or with the aide of a vehicle, across terrain that would be nonsensically boring to film in real time, so for keeping the pacing up without being able to cut away I give enormous credit to Mendes and editor Lee Smith. Transitioning between trenches, craters, subterranean tunnels, the wide-open French countryside, the shattered towns and ruined edifices’ along the way all seem to make the journey feel faster than it might be, it’s so cleverly designed and executed.

It’s with this “long take” style that I felt lessened the film a touch. War is, in my opinion, best depicted when it’s intimate and visceral. 1917 remains distinctly aloof to the audience by maintaining distance between us and what’s transpiring simply in service of the technique used to deliver it. 1917 takes on a vaguely Kubrickian crispness, keeping the viewer at arms length rather than allowing us into the characters’ souls by being able to deliver closeups and other traditional techniques to manipulate our emotions. At times the film feels like a video game (the sequence where Schoefield approaches a collapsed bridge and ruined city feels like something I’ve played in Sniper Elite or Call of Duty) and this sense of disassociation disposes us to feel less connected to the characters, which does them a disservice. Where the film succeeds at a technical level it fumbles emotionally by the very same way.

It’s also a film curiously uneven with its depiction of violence. While it’s quickly apparent that dead bodies, limbs, blood and human ephemera are plastered all over the landscapes (the pile of corpses in a crater in No Man’s Land early on drew gasps from my cinema audience), the actual violence within the film is surprisingly dialled way, way down. One character is stabbed to death, another strangled in a remarkably tense moment, and others are mown down by unseen machine gun fire, but the kills are never lascivious or pornographic, but rather restrained. It’s an unusual method in today’s wanton film-making to pull back from showing the true brutality of war (even Terrence Malick’s ephemeral The Thin Red Line, to which 1917 owes a lot of its guest-star cameo DNA, had more blood and gore than this) and I guess I can appreciate that the violence isn’t really the point, but given the deluge of corpses and bodies constantly strewn across the screen you’d think Mendes wouldn’t hold back with some of the story’s gorier aspects. This isn’t Saving Private Ryan’s Omaha Beach sequence, but it feels like what Spielberg might have delivered had he made a film about the immediate aftermath of that beach assault. 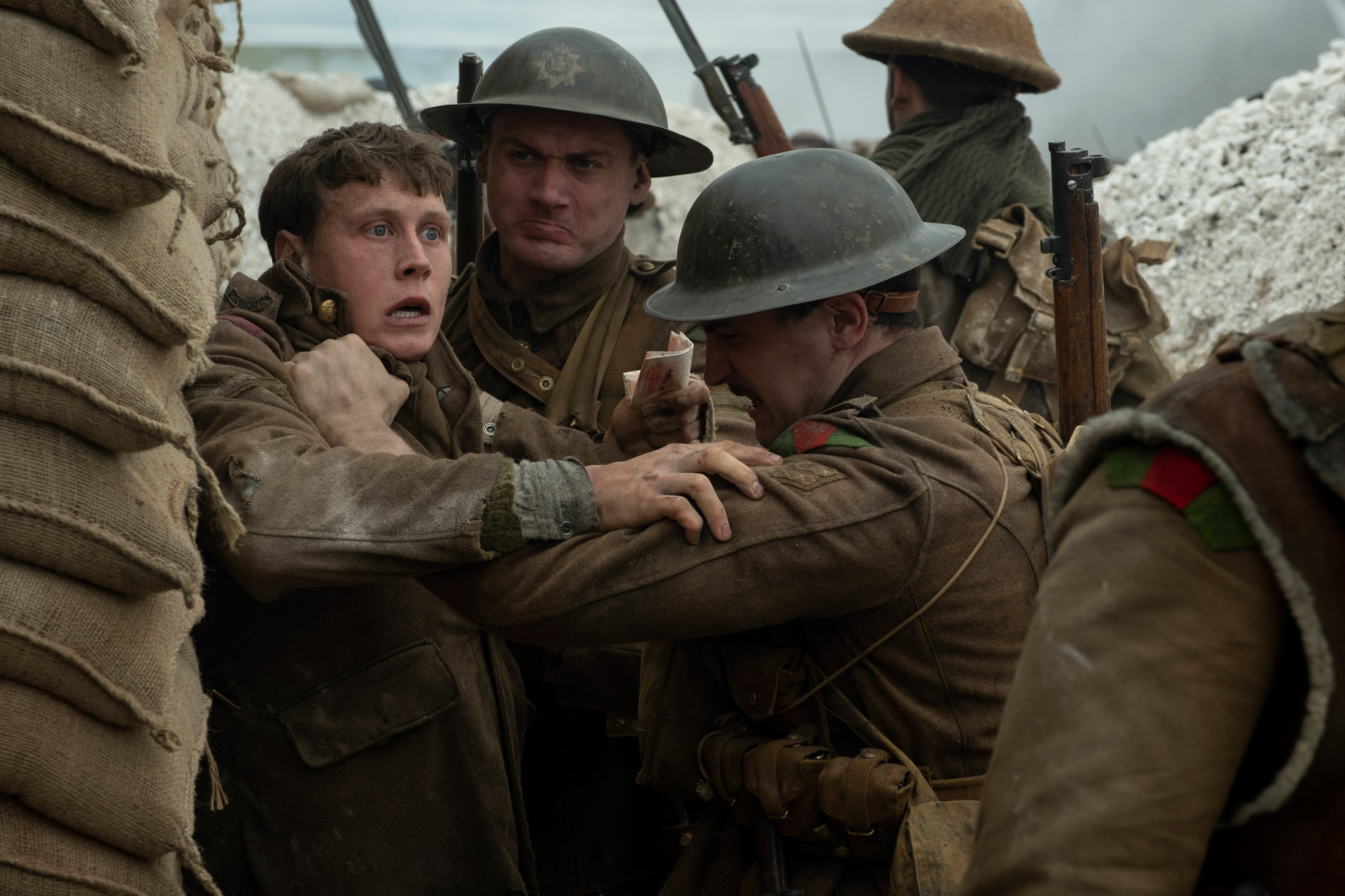 1917 is a ruminative, shocking, beautiful film about war and all the horror it stands for, but it retains a sense of distance from the audience by sheer force of its technical prowess. It’s stately opus devoid of edges, manufactured to a perfect, glowing degree that, despite everything working in its favour, remains obstinately opaque to genuine human emotion to the degree it strenuously strives for. MacKay is excellent in his leading role, and the film does have a couple of nice surprises sprinkled in here and there, and anyone interested in war cinema would be doing themselves a disservice to miss this one. It’s certainly a film designed to win awards, which it has and will. Is it as powerful a film for the “long take” style as it cold have been as a stock-standard chopped film instead? I think not; hardly disappointing, 1917 offers itself as a meditation of hope, resilience and strength of will, overcoming obstacles and facing one’s fears in spite of impossible odds, and easily clicks in as one of the best films of the year.